Participating in extreme sports creates a feeling of being in ‘flow’, which is very similar to the rush that monks experience while meditating, or when artists are in the process of creating.

What do you think of the following video:

Did you watch it calmly and say, “Wow, I should try that on my next trip to Spain”, or did you cringe through every second and clutch the edge of the table every time this guy took a dive?

Cliff diving is a sport. It’s dangerous to say, but some people describe it as the “World’s Least Complicated Adventure Sport”. The sport requires no equipment, no harness, and no particular type of clothing… nothing! All you need is your willingness to jump.

Although it’s not complicated, the sport has led to death and life-threatening injuries for those who are not careful. Even so, people keep going back to jump from greater and greater heights. 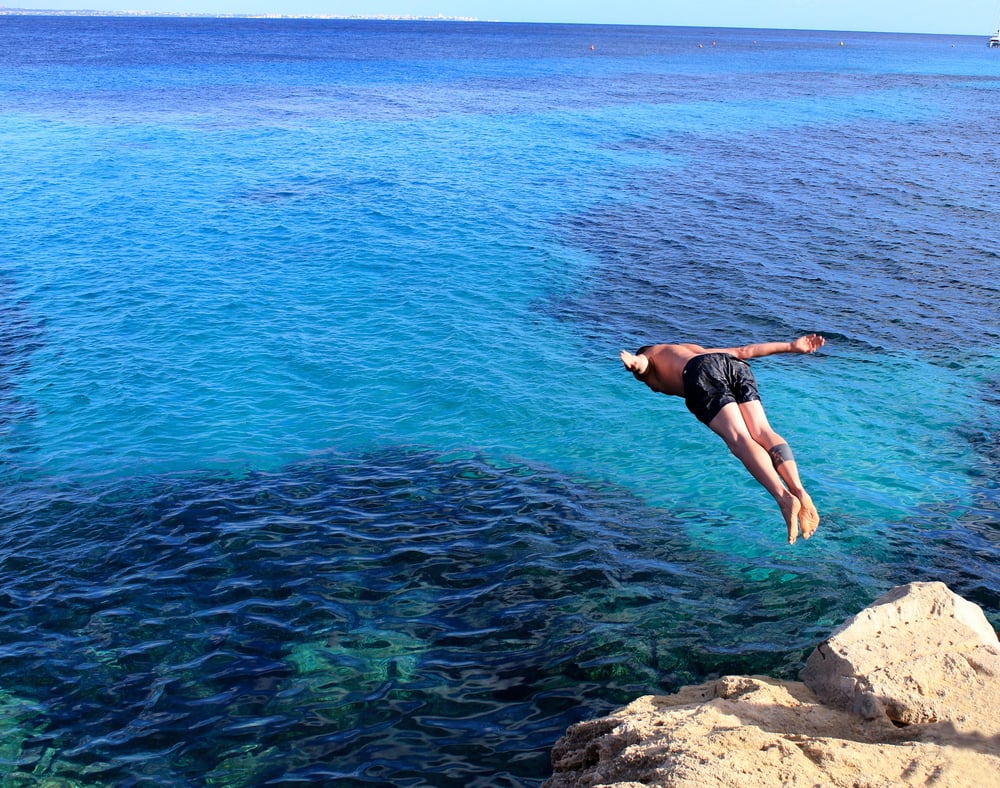 A man diving from a cliff (Photo Credit : Christian Giaffrey/Shutterstock)

These days, for many of us, adventure sports are something that we indulge in every other weekend. Rappelling, skateboarding, cliff diving, rock climbing, paragliding and other similar sports are no longer uncommon.

However, what makes some people eager and more than ready to try these sports, while others shudder at the thought of even putting on a harness?

Researchers  say that some people have a ‘sensation-seeking personality’, which is why some of us are more likely to indulge in these ‘extreme’ sports, if you will, than others.

What Is A Sensation-Seeking Personality?

Marvin Zuckermann, a professor at McGill University, was one of the first to answer this question.

Zuckermann created a laboratory where people spent hours deprived of their senses. He was intrigued by some armies throughout history who tortured captives by depriving them of their senses. Zuckerman created a dark room where the participants could see nothing and only hear static. They could only leave the room to eat or use the washroom.

The result of the experiment was straightforward, or so he thought. Some people sat for hours upon hours without complaining, while others got restless. He believed that those who got restless more easily were the ones who were sensation seekers. Basically, they wanted (or even needed) external stimuli in order to keep them sane. Those who sat for hours were people who didn’t seek external sensations.

Unexpectedly, he couldn’t have been more wrong. 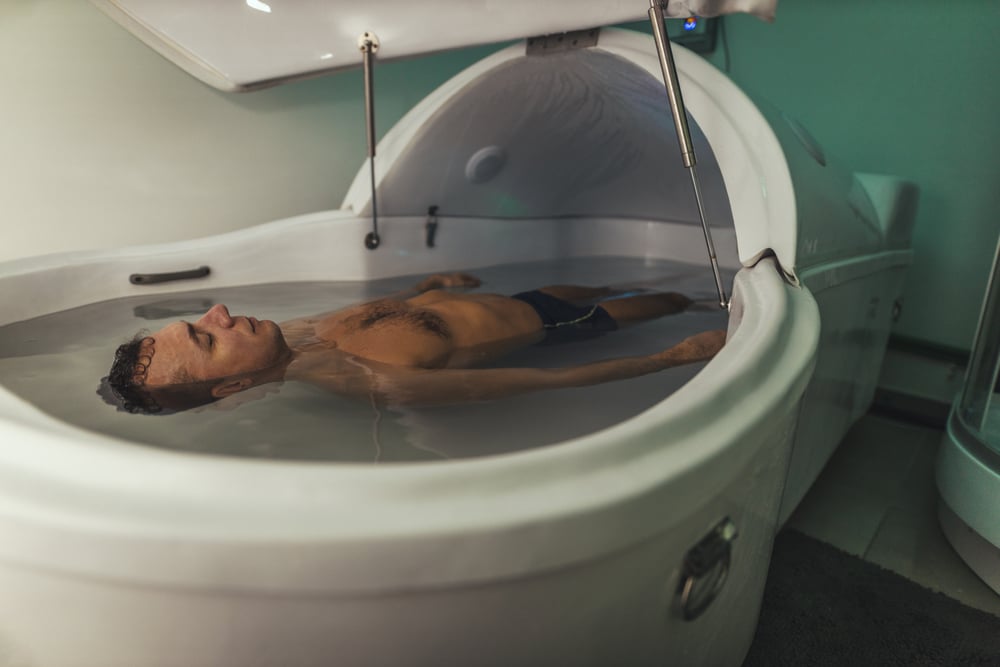 Hearing about the research he was doing, many people began to sign up for it. He described the people who came as “the long hair, motorcycle jacket-wearing, free spirited” types. He meant that they were non-conformists, the “unconventional lot” back in the 1970s.

You see, some people who had participated earlier had reported that they experienced some hallucinations during the process. Thus, a lot of people signed up for the experience because it was something new and different. Zuckerman then postulated that sensation seeking is not just about restlessness, but rather the need to experience something new, unique and exciting.

Based on these findings, he created the Sensation-Seeking Scale, and from the scores on the scale, he theorized that those who were low in sensation-seeking liked to stick to the familiar, while those who scored high actively looked for more challenging forms of engagement.

The scale has 44 questions presented in the form of a 5-point Likert scale. The final report provides a score for each of the four components. To be called a sensation seeker, you do not have to have a high score in each component. The scores can vary, as will your definition of being a sensation/thrill/adventure seeker.

What Are The Four Components?

Zuckerman stated that sensation-seeking had four main components that defined the characteristic in someone’s personality:

What’s the tallest building in the world? Do you know the number of arrests that have been made for ‘Base Jumping’ off the One World Trade Center or the Burj Khalifa?

Also Read: Why Do We Feel So Thrilled By Speed? 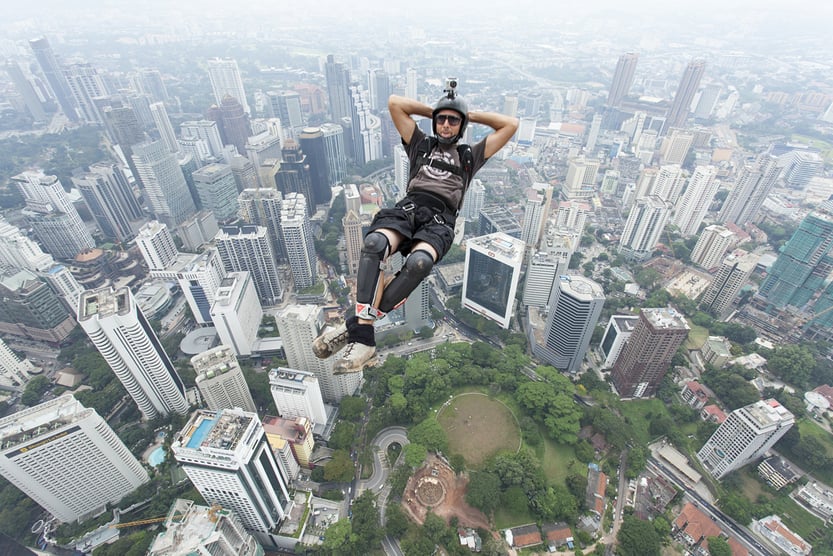 This is an image from the annual Base Jump even at KL Towers, Malaysia taken in September 2011 (Photo Credit : Muslianshah Masrie/Shutterstock)

A lot of thrill seekers turn a blind eye to the risks involved, as they are willing to risk enormous amounts of money, their health and life just to feel that unparalleled excitement. They look for things that are adventurous.

Researchers show that as a result of this factor, many entrepreneurs can also be sensation seekers. They take on risks—either calculated or unknown—because they enjoy the reward and believe the risk to be worth it. Men tend to score higher than women in this component.

Sweden is home to an unusual and one-of-a-kind museum called ‘The Disgusting Food Museum’. The museum is home to some of the most peculiar dishes from around the world; they might be disgusting to some of us, but they’re a delicacy to others. People flock to this place to try out their maggot-riddled cheese, coffee made from coffee beans excreted by a civet, and wine made with an infusion of baby mice.

This brings us to another aspect of sensation-seeking: novelty-seeking, which is an openness to try new experiences. So, sensation seekers are not just driven by thrills, but are also on the lookout for new and unique experiences. 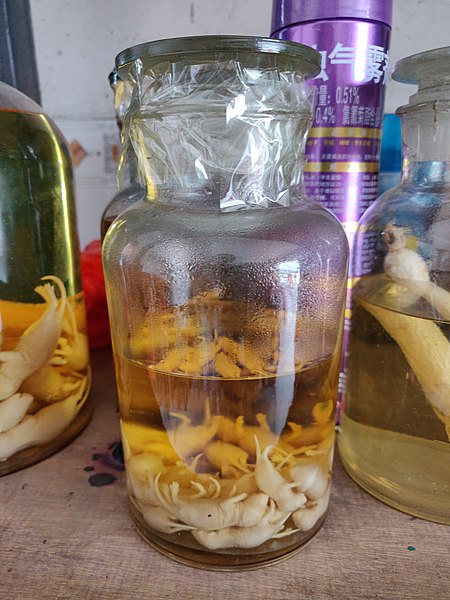 Wine made from infused baby mice can be found at the Disgusting Food Museum (Photo Credit : Amakuha/Wikimedia Commons)

We’ve all heard Nike’s famous catch phrase ‘Just Do It’. Those who score high in disinhibition do just that. They excel in the ability to let loose and be spontaneous. They act without thinking about the consequences of anything. They don’t ask questions, they don’t overthink, they are impulsive, and they act on their thoughts the minute they appear.

The motto that people high in the ‘Disinhinbition’ category operate under.  (Photo Credit : pio3/Shutterstock)

If you remember Zuckermann’s research, there were people who were able to calmly tolerate the sensory deprivation, and those who could not. That says a lot about their tolerance of boredom. Many of us get lost in our own thoughts and are content with the world of our own minds. However, there are also those who get bored easily and grow irritated if there is nothing exciting them. Most sensation seekers tend to avoid doing the same thing twice. Or, they will suddenly stop doing something that they absolutely adored doing, simply because they got bored of it. The ability to tolerate a lack of external stimulus is called boredom susceptibility.

Is It Nature Or Nurture?

Apparently, 60% of sensation-seeking is biological, and the rest depends on the environment we are surrounded by.

Returning to our environment, overprotective parents may deter children from exploring, thus creating children who are not very keen on such daring activities. That being said, some children may also actively defy their parents and explore more than what generations before them did.  Parents who are themselves adventurous can create environments that are quite stimulating for their children.

What Do They Get Out Of It?

I remember when I was a kid and would have running races on my street. There were times when I was running so fast that I would feel lifted up in the air, almost like I was floating. I loved being afloat like that, so I’d continue to run even faster, if I could. It was just me and the air whooshing by, no ground below, just the finish line in front… everything else would cease to exist. I couldn’t put a name on this sensation back then, but I’ve since read about what I was feeling—the experience of being in ‘flow’ state.

Sensation-seeking maybe a personality trait, but all those who indulge in it seem to experience a state of ‘flow’. Flow, according to positive psychologist Mihaly Csikszentmihalyi, is the feeling of being ‘in the zone’. He says that being in flow is like being completely involved in a task, being so engrossed that one does not hear or think about anything else; being in flow means being completely cut off from the world and oneself, simply living in the moment and experiencing what is happening. 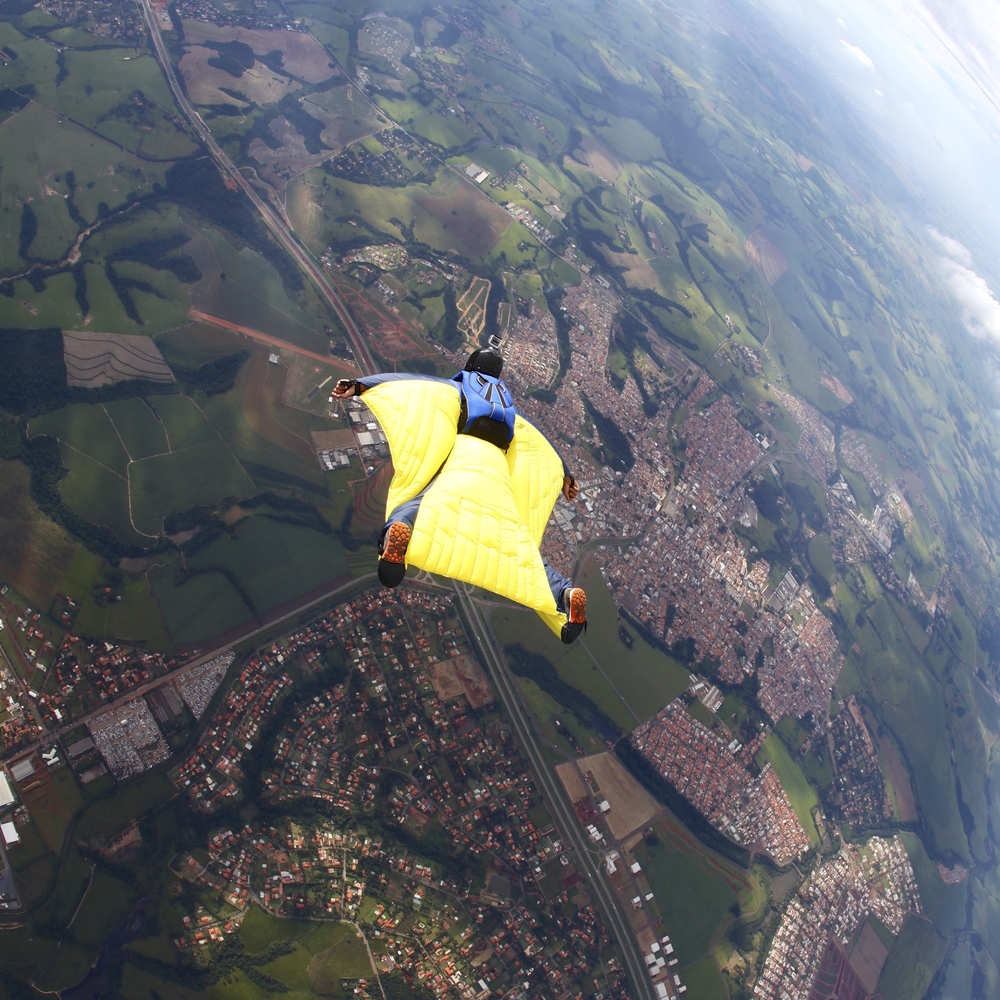 This feeling of flow is something that monks achieve after persistent and dedicated meditation; this is the same feeling that many adventure lovers describe. It is the sensation of being present in the moment, experiencing deeply and authentically; this is what makes these sensation seekers go back to these dangerous sports over and over again.

So, while extreme sports are risky, they seem to have many benefits in the long run, even making people more resilient to stress! Such individuals are also able to work out and keep themselves healthy in novel and exciting ways. It helps to boost confidence and also become part of a community that shares the same interests, thereby simultaneously increasing their social interaction skills.

Timmy O’Neill, an adventurist, says ‘Analysis is Paralysis’. In the case of extreme sports, it truly is, as there is usually no going back. Once a decision is made, you can’t stop midway; you have to learn to see things through to the end, or learn when it is time to let go. These qualities are considered quite important in human functioning. Those who seek sensations such as these seem to value joy, excitement and the quality of flow, so they indulge in these sports!

Also Read: Why Do We Feel The “Urge To Jump”?

A simple version of the Sensation-Seeking Scale can be found on Dr Ken’s Website.

Can you recollect why some people like to indulge in risky adventures?

Take a short quiz and assess your knowledge.