There are many different ways that people can develop a fear of heights, or acrophobia. For some, it may be due to an underlying balance issue that makes them feel unsteady on their feet. Others may have a fear of falling that is ingrained in their mind from an early age. And still others may have a psychological block that prevents them from being comfortable in high places. Whatever the cause, there are treatments available that can help people overcome their fear of heights.

The scientific name of ‘fear of heights’ is acrophobia. It is caused by a degree of uneasiness people feel when standing on a high structure, particularly near the edge, which may be attributed to a fear of falling. A person with a dysfunctional balance system is at a high risk of experiencing a fear of heights.

Watching the protagonist of a movie performing death-defying stunts atop a building to rescue someone or seeing the same guy climbing the Burj Khalifa to complete an (impossible) mission is definitely a sight to behold, but imagining yourself in that same position is probably less of an exciting prospect.

It’s human nature to be scared of heights, and this is a fear that is ingrained in many people. In my opinion, I would guess that there is a very small percentage of people who would agree to walk out on a plank sticking off the top floor of the Burj Khalifa.

What does Acrophobia (Fear of Heights) mean?

Acrophobia refers to an extreme and irrational fear of heights. An individual suffering from acrophobia (an acrophobic) will often feel scared and act irrationally even when he/she is not at a dangerous height. When such a person is actually in a high place, he/she may experience everything from mild anxiety to a full-blown panic attack.

The word ‘acrophobia’ is a combination of two Greek words: ‘acro’, meaning ‘peak’ or ‘summit’, and ‘phobia’, which means ‘fear’ (everyone should know that part).

Obviously, when you’re up that high, a panic attack is not a good thing. When I discuss a fear of heights, I am not only referring to tall structures like cliffs or buildings; I actually mean any place that is capable of making the sufferer uncomfortable or scared. For example, an acrophobic probably wouldn’t even like the idea of standing in a chair.

The reason behind the fear of heights

The fear of heights is associated with a fear of death, as most creatures who depend on visual cues to move about their lives are significantly disturbed by the idea of ‘falling to their death’. In primitive humans, this was also a significant danger to their existence. They would avoid high terrain or precarious structures for the same reason. This fear was ingrained in our minds, which is why so many people are uncomfortable at extreme heights to a certain extent. 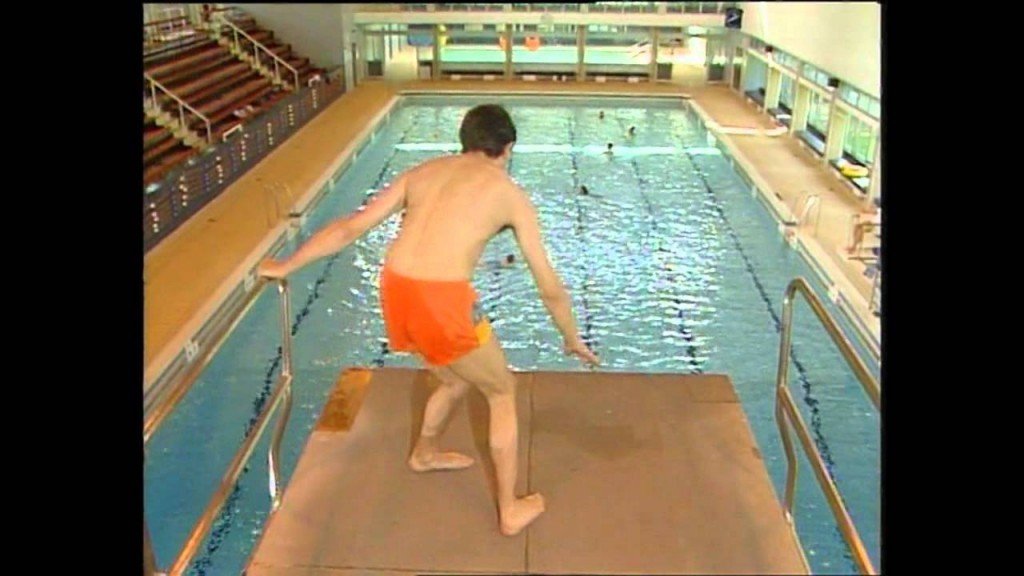 The famous scene from Mr. Bean

Most people feel a degree of uneasiness when standing on a high structure, particularly near the edge, which may be attributed to a fear of falling. This discomfort causes a tendency (in those afraid of heights) to feel as though they will fall if they stand at that height, and more importantly, that the fall will kill them.

An infant who has had no exposure to the dangers of the world should not feel that same fear of heights. However, when an experiment was conducted with children using visual cliffs, toddlers refused to cross an area covered with a glass floor that offered a view with a few meters of apparent “fall space” below it. What would you call that reaction?

That hesitancy means that this uneasiness at the concept of heights is embedded in the mind long before it actually understand the dangers or consequences that height may represent.

A person whose balance system (a brain cluster of the vestibular system combined with visual cues) is dysfunctional is at a high risk of experiencing a fear of heights. 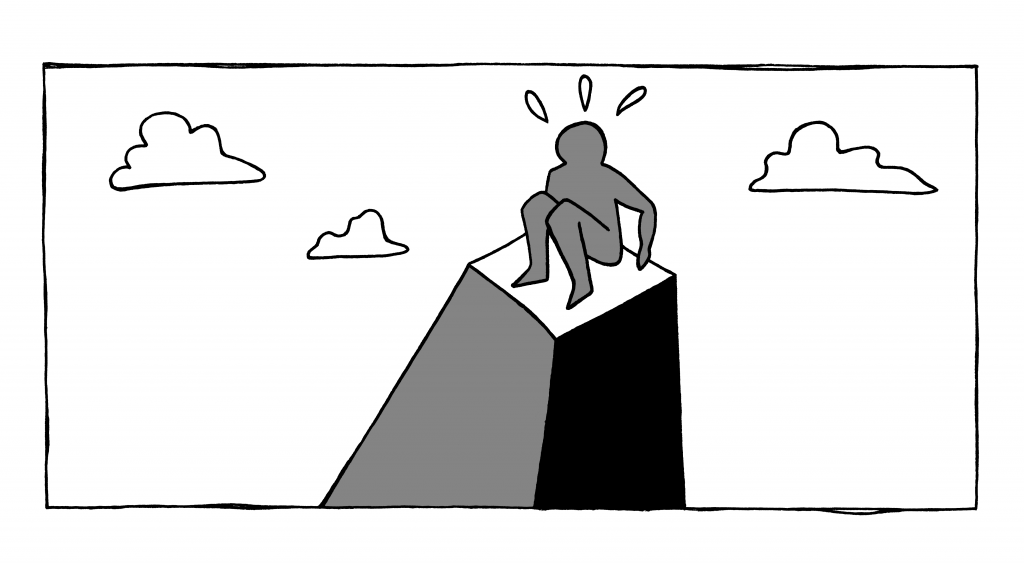 This is because they may lack a sense of balance, which may make them think that they are falling (even when they are standing on perfectly flat ground). For such people, heights pose an obvious and worrisome threat.

Evolution has its say in the matter, but we should never forget the contribution of science when discussing this fear.

How to overcome the fear of heights?

There are certain treatments and medications that are given to those people who suffer from acrophobia. These include Cognitive behavioral therapy, or CBT, which is a very popular solution. In this approach, the sufferer is exposed to the fear-inducing experiences and trained to regain their mental and emotional control during those typically paralyzing situations.

There are also medications that can help, such as anti-anxiety (such as benzodiazepines) and anti-depressant drugs that can help in allaying these symptoms.

A fear of heights is natural, and almost all human beings are scared of heights to a certain extent. However, if this fear manifest from a psychological roadblock, then yes, it can be overcome. To quote Gillian Anderson: “Just remember, you can do anything you set your mind to, but it takes action, perseverance, and facing your fears.”