People like horror movies because they are suspenseful and unpredictable. They also like them because they can be a source of catharsis to society’s collective fears.

People are running through a dark forest, frantically glancing behind them into the shadows. No matter how fast they run, the pursuer catches up to them one by one. The camera zooms in on the terror of their faces as they let out their final piercing screams…

If you’re a fan of horror movies, you’ve probably watched a scene just like this a hundred times, either sitting on the edge of your seat or curled into a ball, peeking out between your fingers! However, people who don’t like watching horror movies simply can’t understand the allure. Fear is an unpleasant emotion that humans typically try to avoid at all costs. Why, then, would anyone want to pay money to feel scared, anxious and stressed? 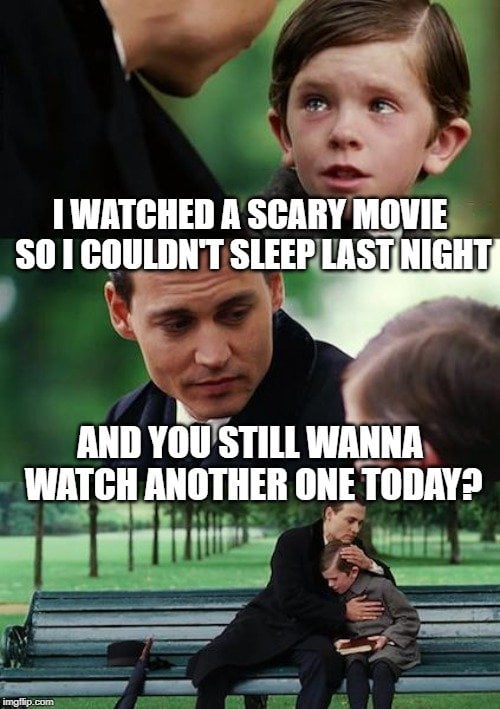 There are some people who may agree to a Sunday movie binge that includes horror movies, not because they like to be scared, but to show that they are brave enough to handle it. However, there are also many people who genuinely enjoy the feeling of being scared. Let’s look at some reasons why there are so many fans of this gruesome genre!

Our scary movie-watching experience consists of fear, gasps, and sighs, while continuously instructing the protagonist to not open that door! However, we feel delighted when our beloved protagonist somehow escapes and still manages to be alive at the end of the movie. Despite all the fear perpetuated throughout the movie, we can rest assured that she is safe—at least until the sequel! It gives audience members the illusion of having conquered death, which is the core of all horror movies. 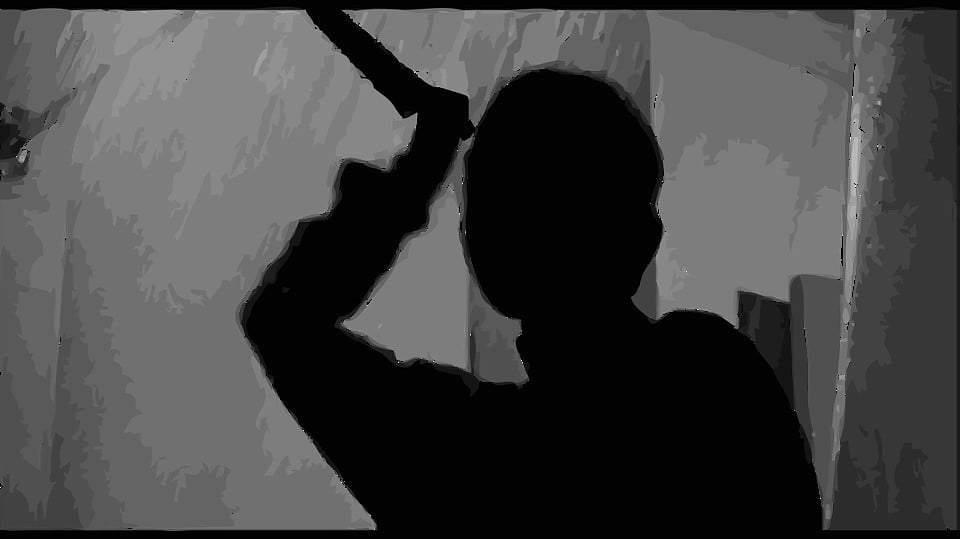 A still from the iconic thriller, Psycho (1960) (Photo Credit : Pixabay)

Even so, for many of us, the promise of a happy ending doesn’t seem like a good enough reason to put oneself through palpable fear for two hours. Some movies don’t even end happily, so what’s the explanation in those cases?

This is an obvious one! One of the reasons we like to watch scary movies is because they’re almost always unpredictable. The novelty of reality-defying creatures in these movies gives us a break from our everyday experience. The suspense and uncertainty of weird occurrences attract our attention, often as a direct contrast to corny love stories or comedies, which can be quite predictable.

Watching horror movies is comparable to people participating in activities like bungee jumping or riding roller-coasters. A fear stimulus that we get during these activities triggers our brain to pump out a rush of neurotransmitters and hormones, including dopamine, serotonin, endorphins and adrenaline, thus pushing us into an intense state of readiness. We feel as though we’re in the movie ourselves!

However, we know that we can get out of it anytime we want and are not trapped in that fearful situation like the characters on the screen. Since there is no real threat to us, the flood of fear with the background blanket of safety allows us to fully enjoy the ‘high’ of these hormones! Who knew that getting scared could be so much fun? 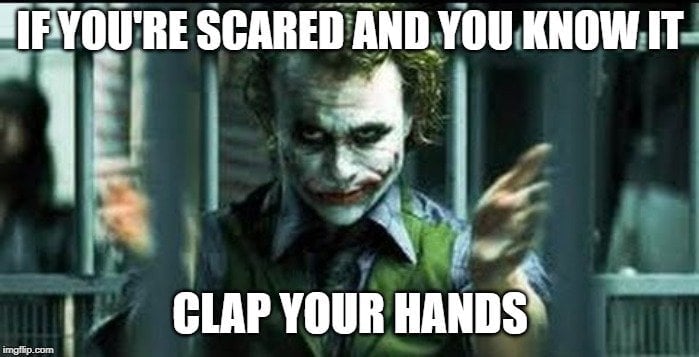 This kind of sensation-seeking is often higher during adolescence, which explains why scary movies are primarily geared toward people in their late teens or early twenties. It is also seen to be higher in males than in females, which explains why gory, cringe-worthy, and hyper-violent movies appeal mostly to teenage boys. On the contrary, psychological thrillers—where ‘scary’ means ‘suspenseful’, rather than ‘bloody’—are equally enjoyed by both genders (Source).

Many modern-day movies reflect some of society’s collective fears—for example, a technological or biological experiment gone wrong, serial killers and psychopaths turning the city into a death-trap, and aliens or zombies driving us to the end of the world!

Horror, as a genre, is often an expression of such anxieties, and allows us to collectively achieve catharsis by conquering these fears. Godzilla, the classic 1954 sci-fi film, featured a monster created by nuclear radiation. This was a thinly veiled representation of the shared anxiety in Japan about the lingering effects of the nuclear attacks that ended World War II. Defeating this nuclear monster may be seen as a way to achieve collective catharsis. Other films like Friday the 13th tapped into the growing fear of random acts of violence and serial killings in the 1980s.

These are just a few of the reasons why many people like to watch horror movies, but this also begs the question—what about those who don’t like the genre at all? 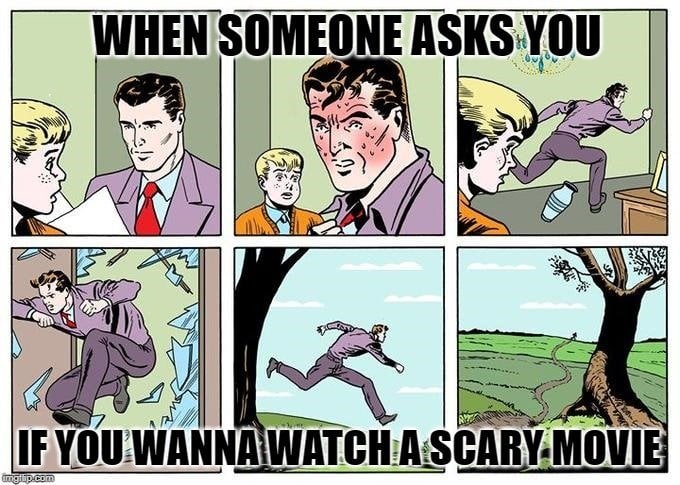 Why Do Some People Dislike Horror Movies?

Not everyone watches horror movies and enjoys the experience. If you’re one of those people, it may be impossible for you to escape the horror of the movie for days or even months after watching it. Instead, night after night, you lay in bed, gripped by the thought of something creeping out from your closet, wishing that you had never watched that movie.

Anxiety, unlike fear, is a worry that something might happen; it is based in the future. However, while watching a horror movie, we know that it’s not real, but we may have a hard time curbing the anxiety later that night, when we’re back in reality. So why watch something thrilling for two hours, only to regret it for days to come?

Some people may be very selective with what kind of horror movies they watch. They may choose to avoid films that hit too close to home or seem too relatable. For example, students who babysit might not be inclined to watch a movie featuring a babysitter being terrorized by a psychotic killer!

However, some of us absolutely hate watching horror movies. This might just be because we’re wired differently! In addition to this, researchers have found that serotonin levels can be genetically determined, so our brain simply might not release as much serotonin as needed to override the terror of watching the movie. Therefore, since negative emotions trump the ‘high’, watching a scary movie just isn’t worth it! 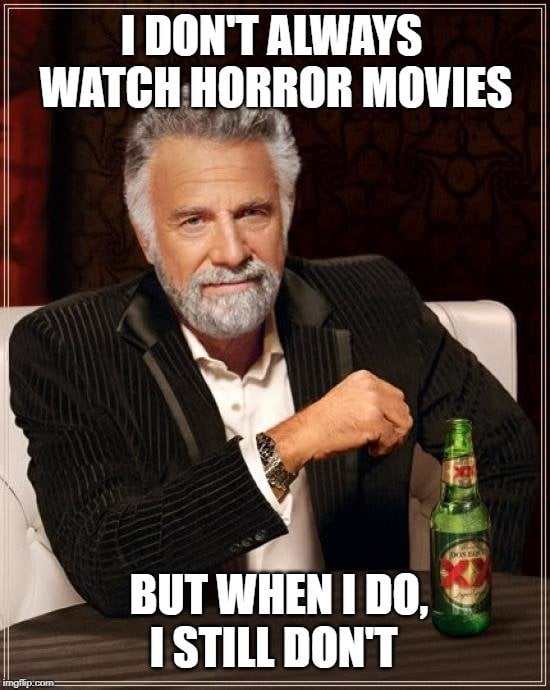 Children often show adverse reactions to scary movies, as children have a hard time differentiating between reality and fiction. For kids, seeing is believing. Watching horror movies before a certain age may leave them with bad sleeping patterns and anxiety for many years to come. Parents must pay attention to how their kids react to certain kinds of movies before deciding what shows are appropriate; intense reactions to horror movies are easier to prevent than undo.

Also Read: Non-Linear Sounds: Can You Get Scared Just By Hearing Sounds?

While horror movies are not bad for adults, per se, they may make some individuals more aggressive. The effect they have on our minds depends on our own individual personalities, so watching them or not must be based on our own unique wiring and preferences!

So…. do you want to watch a scary movie? 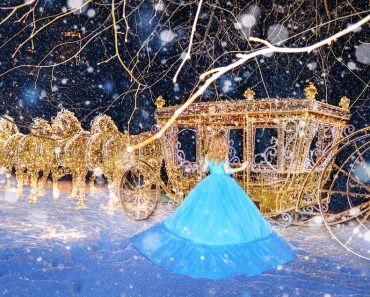