There are many different variables that factor into this seemingly simple question. Theoretically, humans could run up to 40mph, but in practice, even with the most advanced and advantageous technology available, humans currently top out at roughly 28mph.

If you’re a sports fan, you know that athletes love to set records, and people love to see records get broken. It feels as though you’re witnessing something seminally important—a moment in history that will last. However, as we’ve seen in recent years, world records get broken all the time, leading many to believe that humans are growing faster and stronger all the time, that our athletes are becoming nearly superhuman in their abilities and body structures.

Beginning at the 2008 Beijing Olympics, Usain Bolt has been the dominant name in the running world. His 100m and 200m gold medal victories at three consecutive Olympics has put him in an exclusive echelon of sprinters. Based on his success in the field, he is widely considered the greatest sprinter of all time and the fastest man in the world. 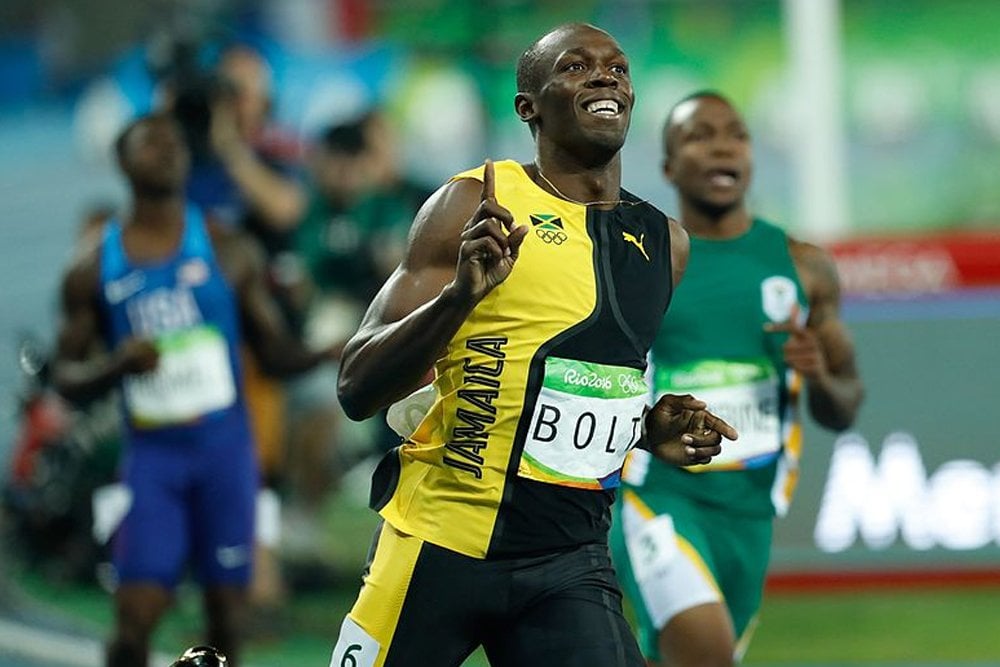 Given how quickly we see records turning over in major sports across the world, how long will it be before someone comes to take Bolt’s crown? Or have we reached peak speed for human beings?

What Leads to Speed?

Although the average person may cite their fitness, weight or lifestyle habits as reasons that limit their speed, the scientific factor that determines how fast we move is actually quite simple—the speed at which our muscles can move.

Previous studies determined that the amount of force that our joints can absorb and repurpose is the primary limiting factor for speed, but that may no longer hold true. A groundbreaking study back in 2010 that measured different forms of movement (hopping, forward running, backward running) on a highly sensitive treadmill found that the maximum amount of force our joints can withstand while running is actually higher than what the average sprinter experiences during a race.

This essentially defines the contractile speed of the muscles—their ability to switch gears and benefit from the upward/forward force from the ground. The forward motion force that runners utilize to sprint is generated by using around 90% of the impact force on the ground. The study noted that the greater the force applied to the ground, the faster the speed of the sprinter.

This suggests that if we were able to contract our muscles faster and utilize the maximum amount of force, humans would be able to exceed the 28mph “speed limit” that has apparently been established by the world’s fastest runners. By extrapolating out the maximum force from one style of movement (hopping), it is estimated that humans could theoretically achieve speeds of 40mph!

What makes a “speed limit” hard to swallow is the undeniable trajectory towards “faster, higher, stronger” that dominates the modern history of sports. From breaking world records to achieving incredible feats of agility and strength, it appears that humans are improving, not into a better species, but into a more physically advanced one.

This is not, however, the case. While it is true that average humans are taller and healthier than past generations, this has as much to do with environmental, cultural and dietary conditions, as well as the introduction of modern medicine.

Furthermore, there are other factors in sporting achievements that have changed the landscape and allowed for such incredible athletic feats. In the case of sprinters, running tracks are now composed of meticulously designed material that doesn’t absorb as much energy as the poorly regulate, cinder tracks of the past.

The swimsuit technology and pool design now common in Olympic swimming allows swimmers to cut through calm waters faster than ever before. Better equipment, more comprehensive training regimens, nutritional insight and performance-enhancing substances have also altered the “game”, so to speak. Athletes today are finely tuned machines, often spending decades perfecting a single ability, but this was rarely the case if you go a generation or two into the past.

Finally, we’ve seen a democratization and globalization of sports, such that the wide range of body types on Earth that are “ideal” for certain physical acts can now come to the forefront and display their exceptionalism.

Some people’s bodies are better suited (not adapted directly) to certain physical tasks; every human body is different in certain ways, and this diverse spectrum of more than 7.5 billion people generates a number of outliers—physically fascinating specimens that can achieve the seeming impossible.

It may be natural to look at recent decades and believe that we are “improving” as a species, but in reality, we are beginning to appreciate the diversity in our own species, while also learning how to manipulate and perfect other variables that can lead to athletic success.

Speed in the Future

Just because we know that humans are theoretically capable of hitting speeds of 40mph doesn’t mean it is physically possible without serious manipulation or unnatural advantages. Some researchers believe that there is a natural plateau for speed in humans, just as there appears to be limits in other species (i.e., dogs and racehorses).

That being said, we are also on the brave new frontier of technology and sports science, where billions of dollars are floating around for research, development and “improvement”. We have already bridged the gap into unnatural advancements with steroids and other performance-enhancing drugs, but this may only be the beginning. 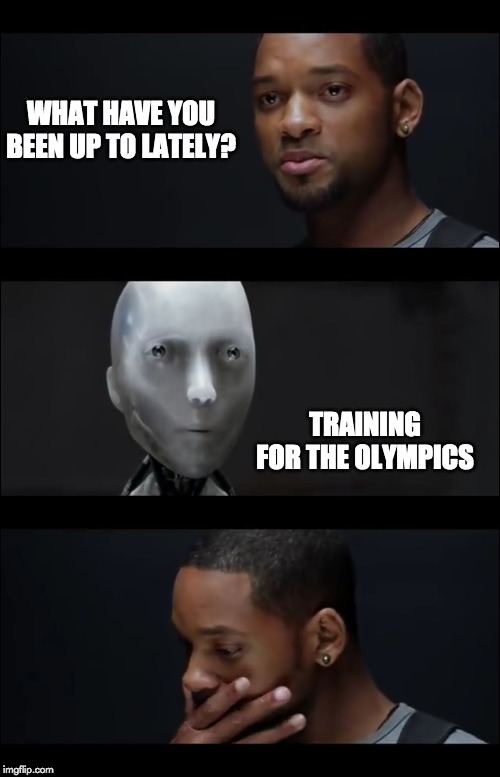 Research on mice has successfully manipulated the genes for muscle development, and this sort of custom genetic engineering may not remain in the realms of science fiction for long. Imagine if scientists were able to manipulate the genes for muscles such that the fibers had a faster reaction time, or a more efficient conversion of downward force into propellant force.

Extreme performance and superior achievement in sports is unlikely to fall by the wayside any time soon, and so long as people hunger for a newly broken record, people will seek out ways to shatter them. The path that athletes and sports science researchers will take in this effort has yet to be seen!

Putting a firm limit on the speeds that humans can achieve is dangerous, as it will likely be incorrect a generation down the line. We know what is holding us back, and potentially what it would take to cross that theoretical line. For now, unless you’re already at the Olympic level for sprinting or long-distance running, a great way to boost your speed is to eat right, set up a workout routine with a good coach, and pray you never have to line up beside Usain Bolt!