The average human height is around 6 feet, but some people can grow to be over 9 feet tall.

We humans have transformed dramatically in the past century. Our global population has soared from just over a billion to more than seven billion. In developed countries like the US, the average life expectancy has jumped from 45 years or so in the mid-1800s to nearly 80 years in the present day. Our physical changes are the most conspicuous of all. We are now taller than before—roughly 4 inches (10 cms) taller on average than humans were fifteen decades ago.

Industrialized countries like the USA, the UK, Japan etc. have witnessed this average human height increase on a more prominent scale, but for average human height gains over the last 150 years, the nation that stands out most is the Netherlands. Today, the average height of adult Dutch men is around 184 cm and 170cm for women. They are a whopping 19 cm taller than their counterparts in the mid-nineteenth century. So, the question naturally arises… why we are growing taller and, biologically speaking, how tall can we grow? 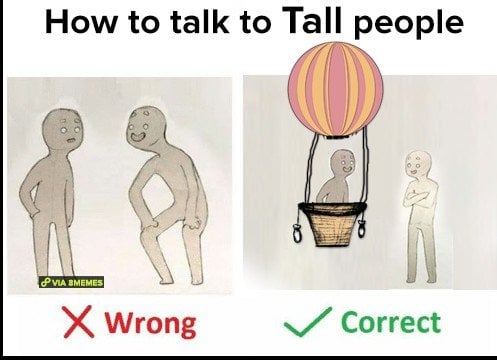 Why Are We Getting Taller?

Better nutrition and more advanced medical care are the primary reasons for the increase in our average height in recent decades. These improvements have allowed us to better take advantage of the blueprints within our genes, blueprints that carry plans for just how big a healthy human being can get when provided with an optimal environment. In terms of height, those “plans” rarely exceed seven feet.

At present, as it turns out, average human height is probably quite close to the genetic limit or genetic ceiling. By manipulating the very genes responsible for height, we may be able to add an extra 15 cm or so to that average, but beyond that, we are likely to hit nature’s decided ceiling.

This is the million-dollar question—biologically, how big can a human get? According to John Wass at the University of Oxford, a specialist in acromegalic gigantism (explained below), our upper limit is around 9 feet. To survive even for a few months at that height would be a bit of a miracle. In order to regularly produce people over 9 feet tall, the reproducing pair would probably need to be a different shape—not the usual human shape. This is because of the square-cube law. To put it simply, this law says that as a shape grows taller and taller, its volume increases at a much greater pace.

To better understand this, consider the example of a cube with a height of 1m. If this cube grows 10 times taller, its area would grow 100 times and its volume would grow 1000 times. Now, since weight is connected to volume, this cube only has 100x the cross-sectional area to support, but 1,000x the weight to support. So, if you were ten times larger in height and still shaped like a typical human—meaning that your shape and proportions remained the same as they presently are—you would need to either have a skeleton made of something much stronger than bones or you would need bones that are monstrously thick—in much different proportions than our long, typical human bones. Even if you solved the bone and muscle strength problem, there would still be a whole host of other issues. For example, your heart wouldn’t scale up fast enough to keep pumping blood throughout such a large body. High blood pressure would typically affect the legs. The sheer volume of blood in the arteries would burst blood vessels or cause varicose ulcers. You might argue that larger animals like giraffes or elephants still circulate their blood, despite their huge size, but that’s because, unlike humans, their proportions and organs are very different.

Let’s now look at some of the tallest men in history and what “great heights” they reached.

Goliath: The Tallest Man in the Biblical Era

If the Bible is to be taken as a reference for the tallest man in history, Goliath would be the obvious choice. Goliath is said to have stood at “six cubits and a span”, which, depending on whose conversion you believe, puts him somewhere roughly between 9 and 11 feet tall. Even the tallest WWE superstars like Khali or The Big Show would be dwarfed by Goliath if his height estimates are true! Unfortunately, the Bible was not peer-reviewed, so Goliath must be disqualified! 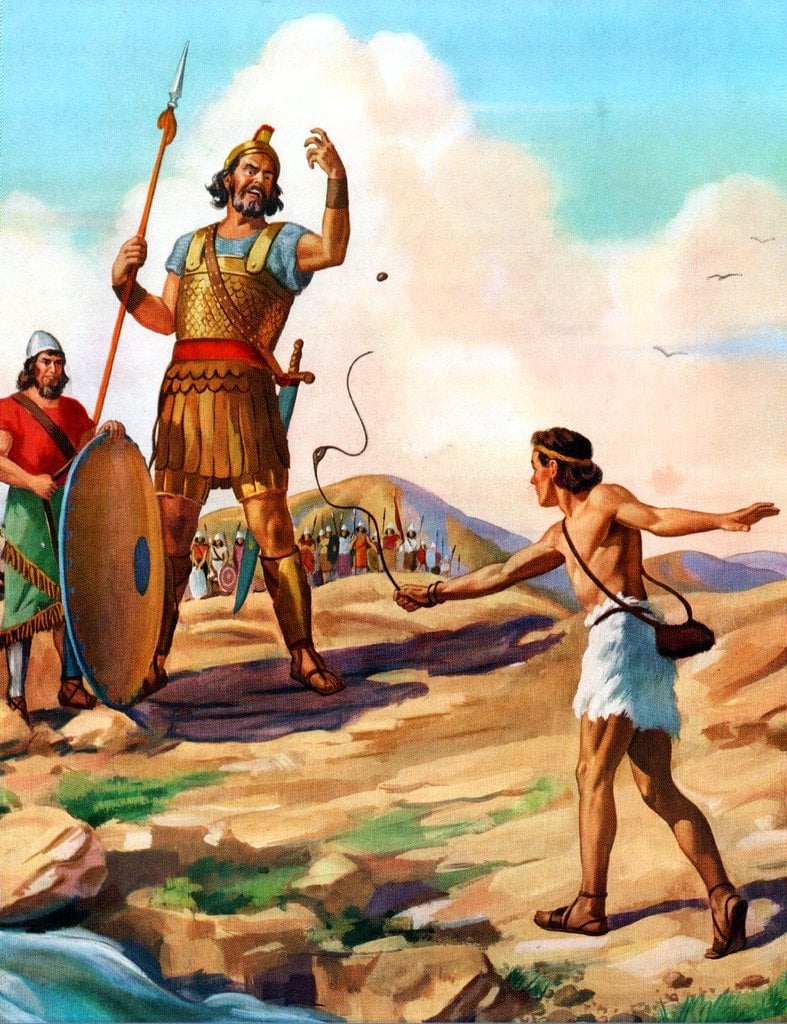 Robert Wadlow: The Tallest Man on Earth in Modern Times

Robert Wadlow is the tallest man to be recorded in modern record books. Known as the “Giant of Illinois”, Robert was 8 feet 11 inches tall and weighted 200 kg. His height kept increasing, even in his adulthood, until his death at the age of 22. By the age of 8, he was taller than his father and in elementary school, teachers needed to make a special desk arrangement to accommodate giant Robert. 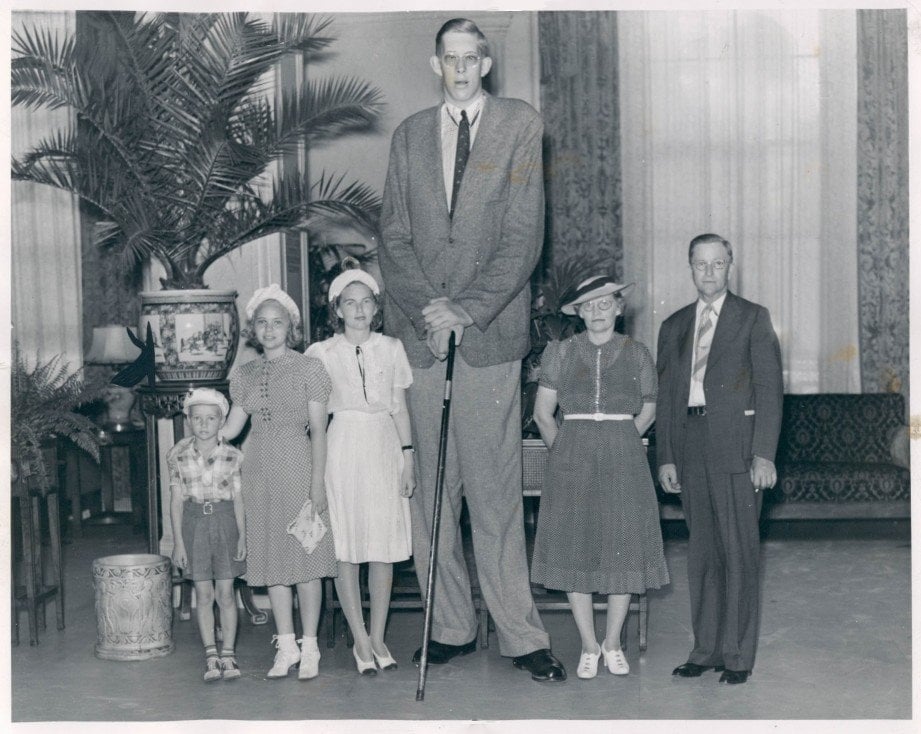 Sultan Kösen is presently the tallest man alive on the planet, according to the Guinness Book of Records. He is 8 feet 3 inches tall and – like Wadlow – finds it hard to walk on his own limbs without additional support. 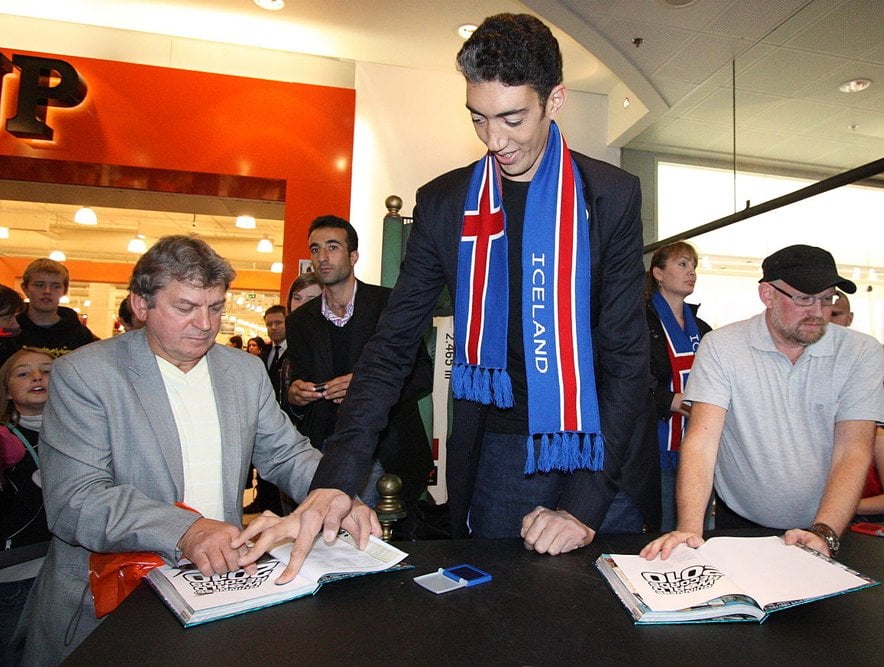 Surviving with Extraordinary Height is Tough

People with extreme height often owe their size to a tumor in their pituitary gland. This tumor relentlessly churns out growth hormone, a condition that in medical terms is called acromegalic gigantism. Normally, sex hormones limit the growth of our bones. A good burst of sex hormones at the right time, usually in our late teens or early twenties, tells our bones to stop growing any further. However, in acromegalic gigantism, the tumor keeps growing, destroying the cells in the pituitary gland that stimulate the release of sex hormones. Therefore, the bones in the body of those people with this tumor never receive a signal to cease their growth. Incredibly tall people often find it hard to walk or move. They are also much more vulnerable to blood pressure and infection problems. Even a small infection can cost them their lives, which is what happened in the case of Robert Wadlow.

Do you know how tall can humans get?