To mark the 100-year anniversary of the French Revolution, Paris hosted the World’s Fair, and wanted to mark the occasion with something truly spectacular. A space on the Champs de Mars was the proposed site

If you’ve ever been lucky enough to visit Paris, there is one part of the city that you simply cannot miss. In fact, even for those who have never traveled to the capital of France, one of the city’s structures remains the most recognizable images in the world. We are taking, of course, about the Eiffel Tower. While most people know where it is, and have admired its elegant design, towering high over a cultural capital of Europe, few people know the proper history of this magnificent structure. 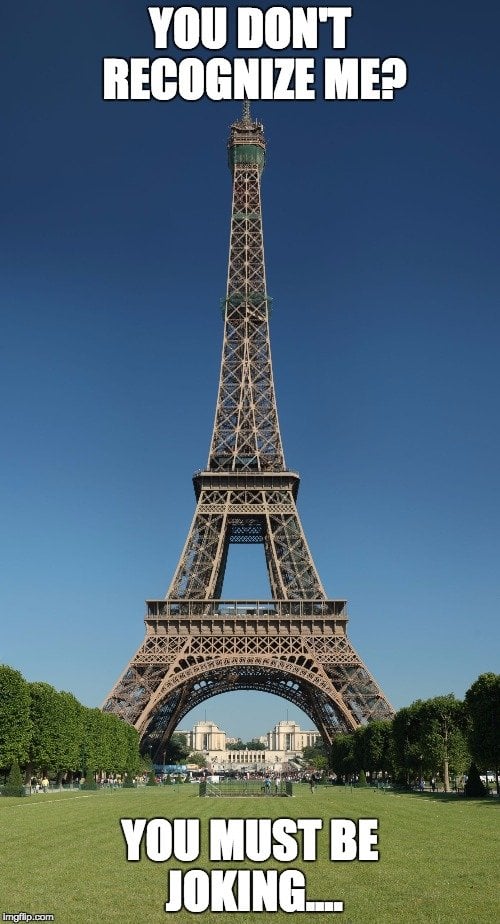 A good question to start with, obviously, is…. why was the Eiffel Tower built in the first place?

Effiel tower was build to mark 100-year anniversary of the French Revolution. Paris hosted the World’s Fair and wanted to mark the occasion with something truly spectacular. A space on the Champs de Mars was the proposed site for a one-of-a-kind structure, and more than 100 architects and designers submitted ideas. The structure was to be used as the gateway for the World’s Fair – the entrance to the exposition – so it needed to be something truly incredible.

The winning bid came from the construction firm of Alexandre-Gustave Eiffel, a renowned bridge builder and architect. While he is often credited with the design of this now-iconic structure, history has revealed that it was actually his assistant, Maurice Koechlin, who did much of the original design and detailed schematics of the Tower. The work started on 28 January 1887 and it took more than two years to complete. It consists of more than 2.5 million rivets and 18,000 individual pieces of wrought-iron. Hundreds of people worked to complete the monumental structure before the opening of the Exposition. When it was finished, it stood nearly 1,000 feet tall – making it the tallest structure in the world, a title it held for more than 40 years. 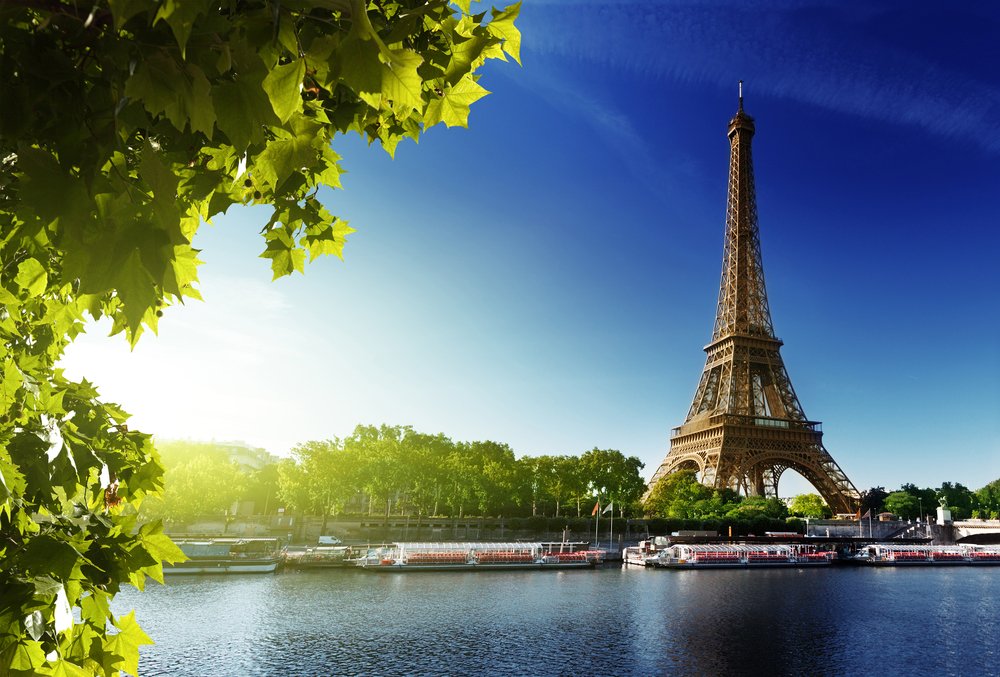 While it seems impossible today, the French government nearly tore down the Eiffel Tower in 1909, just twenty years after it was constructed, since it was only supposed to be a temporary exhibit. Many French citizens had also voiced their concern that it marred the profile of the city, and some even called it an “eyesore”. However, the strategic value of the tower as a radio antenna could not be denied, so the City decided to keep the structure in place. If they hadn’t, they would have destroyed the most popular paid tourist attraction in the world.

40 years after its construction, its title as the tallest manmade structure in the world was put in jeopardy, when the Chrysler Building was constructed in New York. Not wanting to be outdone by the Americans, a radio antenna was added to the top of the Eiffel Tower, bringing it to its current height of 1,063 feet, making it 17 feet taller than its American challenger. However, a year after reclaiming the title, the Empire State Building was erected, topping out at 1,454 feet in height, marking the end of the Eiffel Tower’s reign over the sky.

When the Nazis took Paris during the Second World War, Hitler ordered the structure destroyed, but the order was never carried out. Perhaps even the Nazis couldn’t help but look at this impressive structure and be awed. Since the middle of the 20th century, it has swelled in popularity as global travel has increased, and the French government now considers it a national treasure. It is repainted every seven years and welcomes visitors 365 days a year.

Today, more than 7 million people visit the Eiffel Tower each year – and more than 250 million have visited since its construction. Those picture-snapping visitors often take the daring climb up the more than 600 steps or opt for one of the eight elevators located in the base legs of the structure. The four main bases, if you’re ever lost in Paris, are positioned in line with the points on a compass. 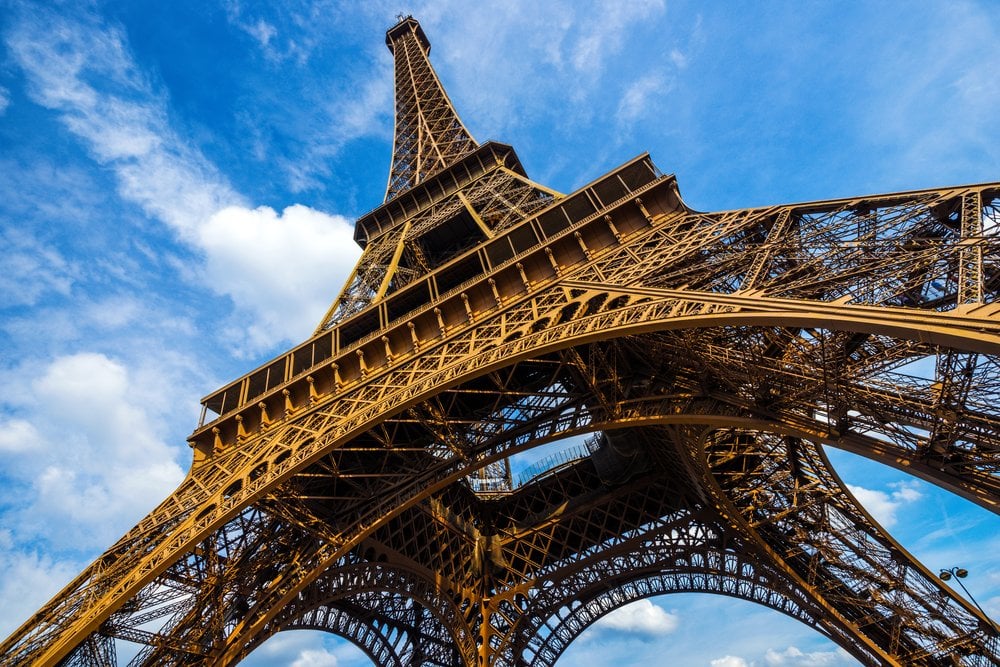 It provides jobs for more than 500 people on a daily basis, between the operators, tour guides, ticket-sellers, security, and staff of the two restaurants on the different levels of the Tower.

What About Eiffel Himself?

Now, you may be wondering…. if Alexandre-Gustave Eiffel and Maurice Koechlin designed the Eiffel Tower, surely they must have also done some other great work, right?

Well, as it turns out, the two men were also employed to work on another iconic structure that you have surely seen before…. 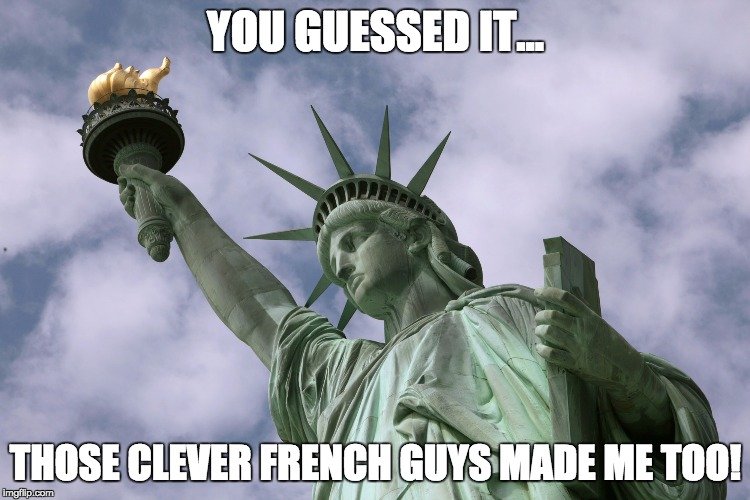 Yes, that’s right. Alexandre-Gustave Eiffel was the second designer of the internal structure of the Statue of Liberty, after the original designer, Eugene Viollet-le-Duc, passed away suddenly in 1879. Eiffel stepped in and ensured that the internal structure was sound, even altering the initial designs to use more modern techniques to increase strength and durability.

His reputation grew after this historic construction project, which may have given him a leg-up on the competition when it came to competing for the World’s Fair Commission.

The Eiffel Tower is the pride and joy of many Parisians, and will continue to attract awestruck tourists from around the globe for a very long time! At least now, when you’re hiking up those 600 stairs with the love of your life, minutes before you plan to propose in one of the most romantic places on Earth, you can tell her precisely why the Eiffel Tower even exists!