Essentially, money laundering is the process of making illegal money seem like it was earned through legal means. This is done by running the money through a series of complex transactions and bookkeeping tricks to hide its source. Ultimately, this process allows people who engage in illegitimate activities to avoid law enforcement scrutiny and use their illegally-obtained money.

Unless you’ve been living under a rock your whole life, you have surely heard of “money laundering”. It’s mentioned on the news all the time and is frequently talked about in various movies (e.g., The Infiltrator, The Wolf of Wall Street) and TV shows (e.g., Breaking Bad, Narcos, Ozark). 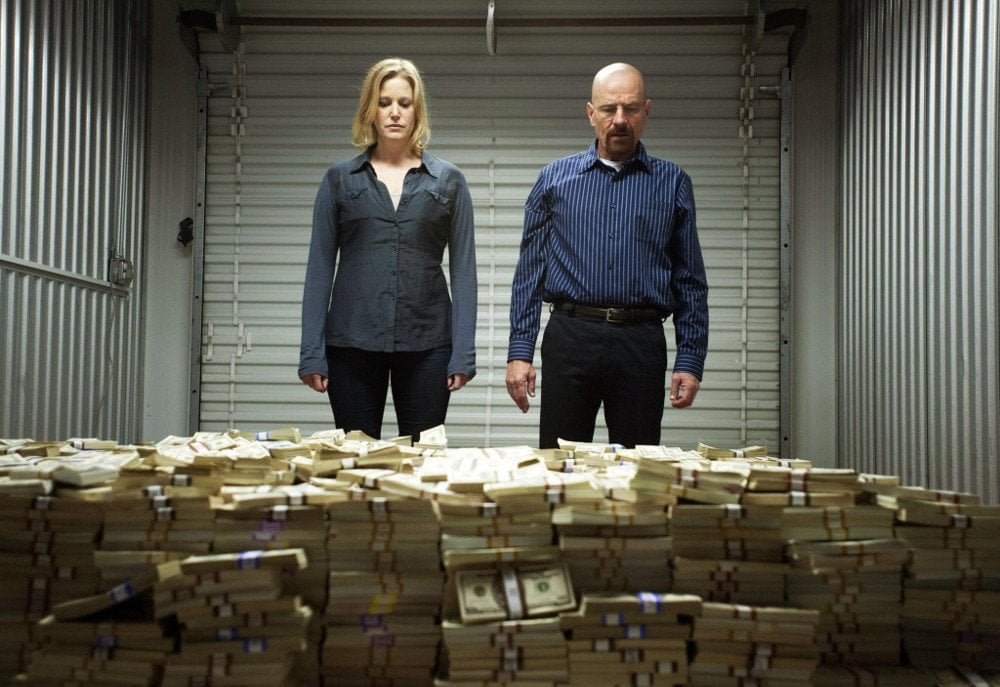 You may have come across this term countless times, but you may not completely understand what it really means, or how it actually works, i.e., how money is laundered. In this article, we’re going to discuss just that.

What is money laundering?

Let’s start with the dictionary definition. The literal meaning of the word ‘launder’ is ‘to wash’ (and smooth with an iron); it’s a process that goes on in a laundry. I’m sure that I don’t need to tell you the meaning of ‘money’. Put together, ‘money laundering’ essentially means ‘to wash/clean money’.

In the real world, money laundering is the act of ‘cleaning’ large sums of illegal money, i.e., making it seem as if the money has been obtained as the result of a legal source/activity. More specifically, it’s the process of converting the profits of an illegal activity (e.g., crime, corruption) into legitimate income.

The money obtained from illegal activities is colloquially called ‘dirty’, so the money laundering process ‘cleans’ it, i.e., makes it legitimate. 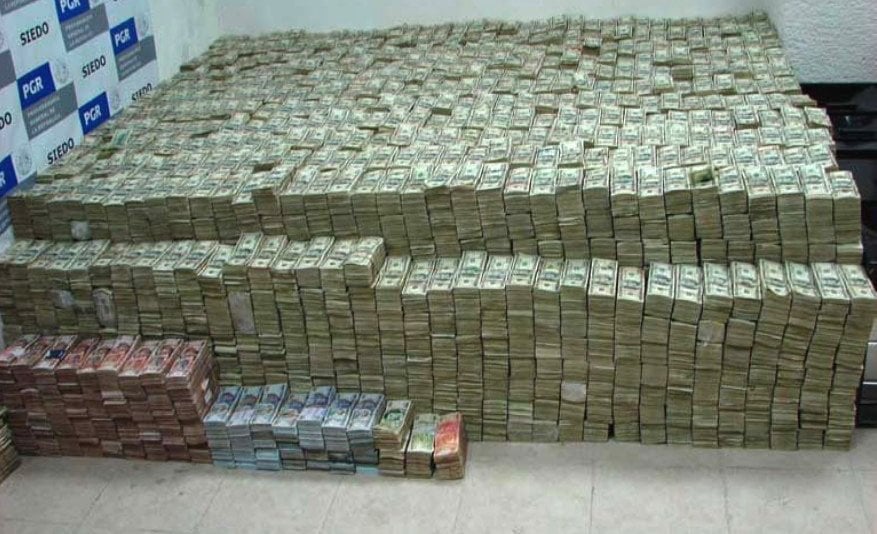 Money laundering is carried out in different forms when large amounts of cash are involved.(Photo Credit : US Department of Justice photo / Wikimedia Commons)

But why does one need to launder money in the first place? What’s the reason for it?

Why is money laundered?

The thing about earning a large amount of profit from an illegal activity is that you cannot use it directly, i.e., without first treating it in one way or another, so that it becomes ‘clean’, or legally acceptable.

Suppose that one fine day you wake up and decide that you want to rob a bank. Following the robbery, you realize that you have a few million dollars in your hands, but you cannot just spend it on sprawling bungalows and swanky sports cars. If you do that, you will invariably attract the attention of the law enforcement agencies in your country. More importantly, they will be very interested in where and how you got such a huge sum of money so quickly.

You obviously want to use that stolen cash, but you also want to avoid the radar of the IRS, police and other authorities in your country. So…. what do you do?

You figure out a way to make the money look as if it has been obtained from a legitimate source.

That’s what money laundering is all about. 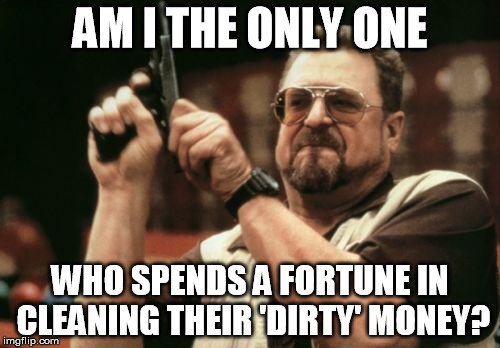 People who engage in illegitimate activities that have enormous profits and a large inflow of cash (e.g., drug trafficking, terrorism etc.) cannot use their proceeds directly, as it would connect them to criminal activity and allow law enforcement agencies to seize it. That’s why people running illegitimate businesses need to launder their illegal money.

Money laundering is broadly executed in three steps (especially when you need to launder a huge amount of money) – placement, layering and integration.

Placement, as you might guess, is the ‘placement’ or introduction of the dirty money into the financial system through some legitimate avenue. For this, money launderers have certain legitimate businesses (e.g., a car wash, restaurant, bar, casino etc.) where they can inflate the daily cash receipts to funnel their illegal money through the business. Such businesses are generally referred to as ‘fronts’. 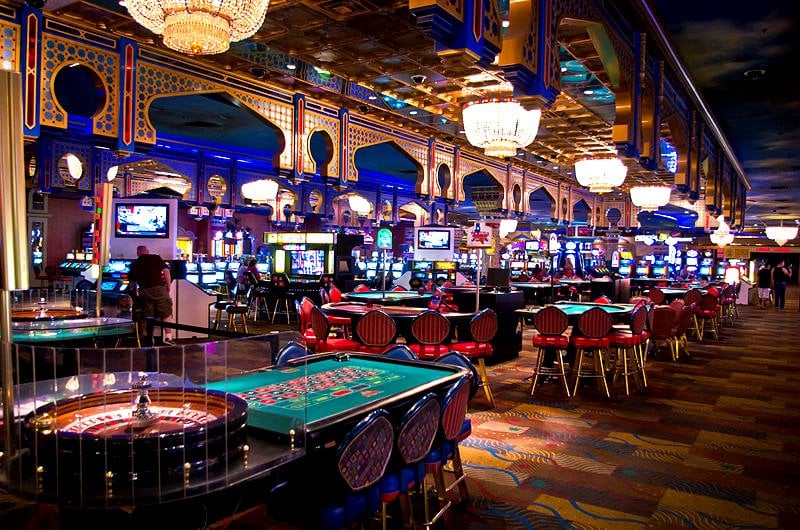 Cash-based businesses like casinos and bars are common choices to be used as ‘fronts’.(Photo Credit : Antoine Taveneaux / Wikimedia Commons)

The next step is layering. In this step, the source of the illegal money is hidden by an array of bookkeeping tricks and complex transactions, making it difficult to trace back to its origin.

The final step is integration, when the launderer gets their dirty money back, which is now ‘clean’ and considered perfectly legal wealth acquired through legitimate means.

Note that the final sum the money launderers acquire is invariably smaller than the initial sum they started with. That’s because all that ‘cleaning’ comes at a cost. 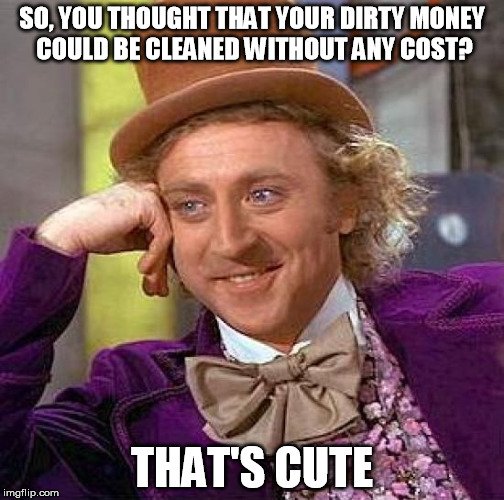 This was just a basic, overly simplified outline of how money laundering works. In reality, the process is insanely complex and difficult to unravel (which, by the way, is the whole point of money laundering). Also, with the advent of the Internet and digital currencies (e.g., bitcoin), it has become even more complicated. 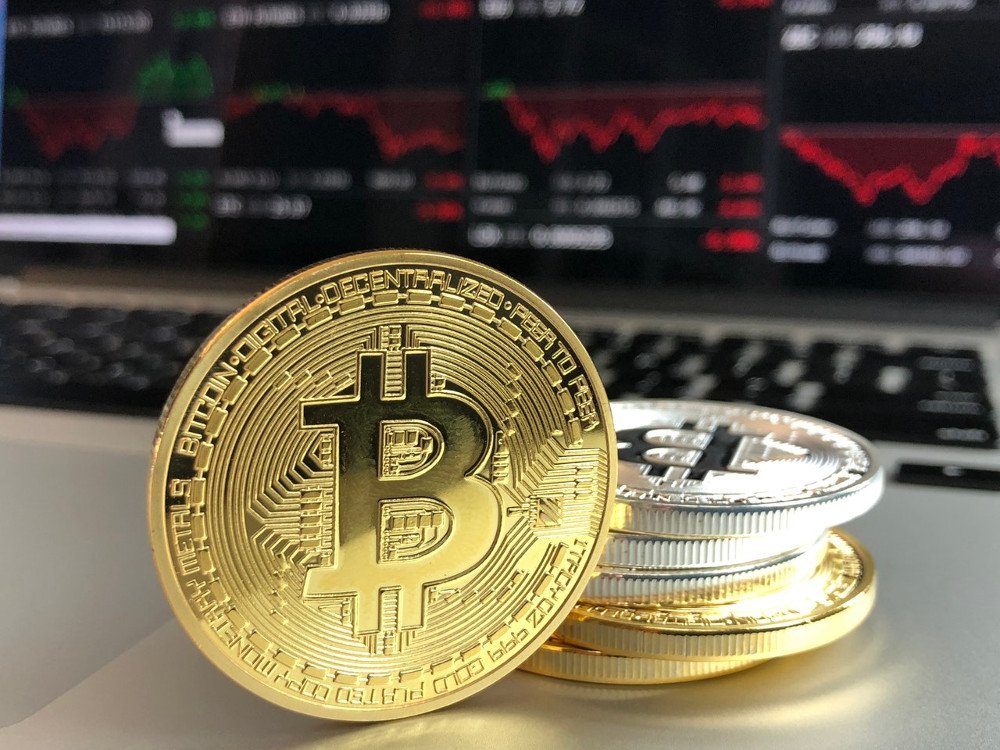 Money laundering is a long-term process: it might take weeks or even months for the ‘dirty’ money to make its way back to the owner.

Anti-money laundering laws have been trying to stay abreast of the novel ways in which money launderers move their illegal cash, but the truth is that we still have a long way to go before we completely subdue this particularly formidable opponent, and eliminate it for good.