Governments borrow money by issuing bonds to citizens, other countries, and themselves. When a government spends more than it earns, it has a deficit, and needs to borrow money to make up for the difference. This can be done by issuing bonds with a fixed interest rate to citizens or foreign countries, or by printing money. When a government prints money, it can create inflation, which is when prices for goods and services rise quickly.

As of January 2018, the US had a national debt of around US $25 trillion, the UK has US $2.5 trillion in debt, Japan has around US $12 trillion in debt, China is roughly US $5.5 trillion in debt, and India’s outstanding debt stands at approximately US $2 trillion. These are some of the most significant economic powers in the world. As this data shows, all of them have massive amounts of debt sitting in their balance sheets. And, just for some perspective, let me remind you that a “trillion” has 12 zeros. 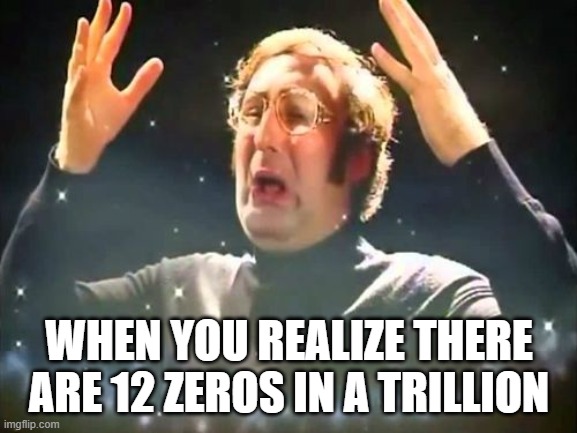 Globally, debt levels have never been higher than right now. According to the Institute of International Finance, the total global debt is over 250 trillion US dollars. Compare that to the global annual GDP, which is roughly 80 trillion US dollars! Worst of all is that the ongoing Covid19 pandemic is likely to strain the finances of global governments even further. Governments around the world have announced stimulus packages to support faltering businesses and receding economic activity due to full, partial or intermittent lockdowns.

The question naturally arises, where will these governments get these new piles of cash?

Well, to understand this situation fully, it’s time to brush up on some Economics 101. The game of money is the game of cash flow, i.e., the money coming to you (earning) and the money you give out (spending). When it comes to the government, their inflow of cash usually comes from taxes paid by the citizens. The government then uses this taxed money for building infrastructures, ramping up national security, running social programs, and undertaking other welfare activities. However, when the spending of the government goes past the income it earns, it leads to a condition called a deficit. The deficit is the difference between a government’s actual income and spending. To make up for this difference, the government needs to borrow money—or perhaps ‘create’ money!

Formally speaking, there are three ways for the government to borrow money:

Yes, the citizens of a nation lend money to their government, which adds to the national debt. This is the most secure way of raising money from an economist point of view. Many developed countries prefer this method to borrow money.

To do so, the government issues bonds with a fixed interest rate to be paid to the lender, called a coupon. This coupon could be paid quarterly, annually, or cumulatively at the end of its maturity. Maturity refers to the period for which the bond is issued, i.e., the duration for which you lend your money to the government. It could be as little as a few weeks or could stretch up to 30 years for certain bonds. 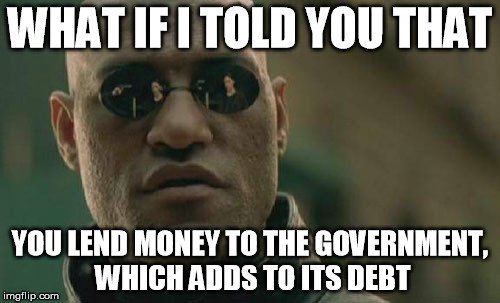 A lot of people want to loan money to governments because there is a sovereign guarantee to that money. Investors are assured, as they know that they will get their money back, along with a fixed amount of interest in the form of the coupon on their lent money. Government bonds are considered one of the safest financial instruments because it’s the government that guarantees to return the money after maturity with a fixed coupon as interest payment for the money lent. The government generally does not default on interest and principal repayment.

Have you ever heard of a “debt” mutual fund? This kind of fund primarily invests in a mix of debt or fixed-income securities, such as government securities, treasury bills, corporate bonds, etc. This fund generally has a fixed rate of interest and is primarily considered a ‘safe investment’ because, well, it’s an investment in the government, which will rarely default. 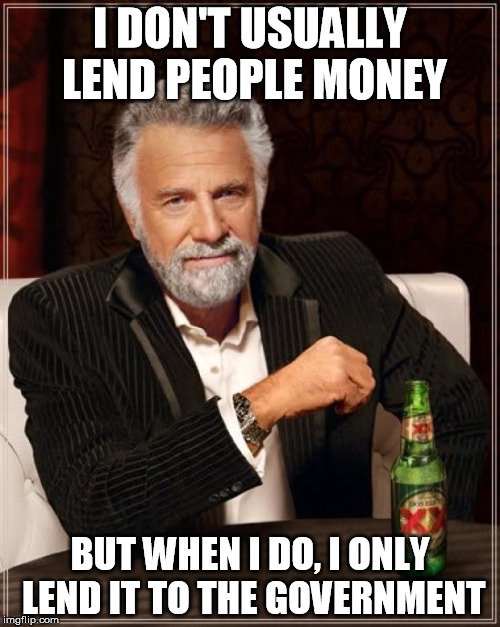 So, if you invest in debt mutual funds, especially those with vast exposure in government-issued bonds, you are essentially lending your money to the government. 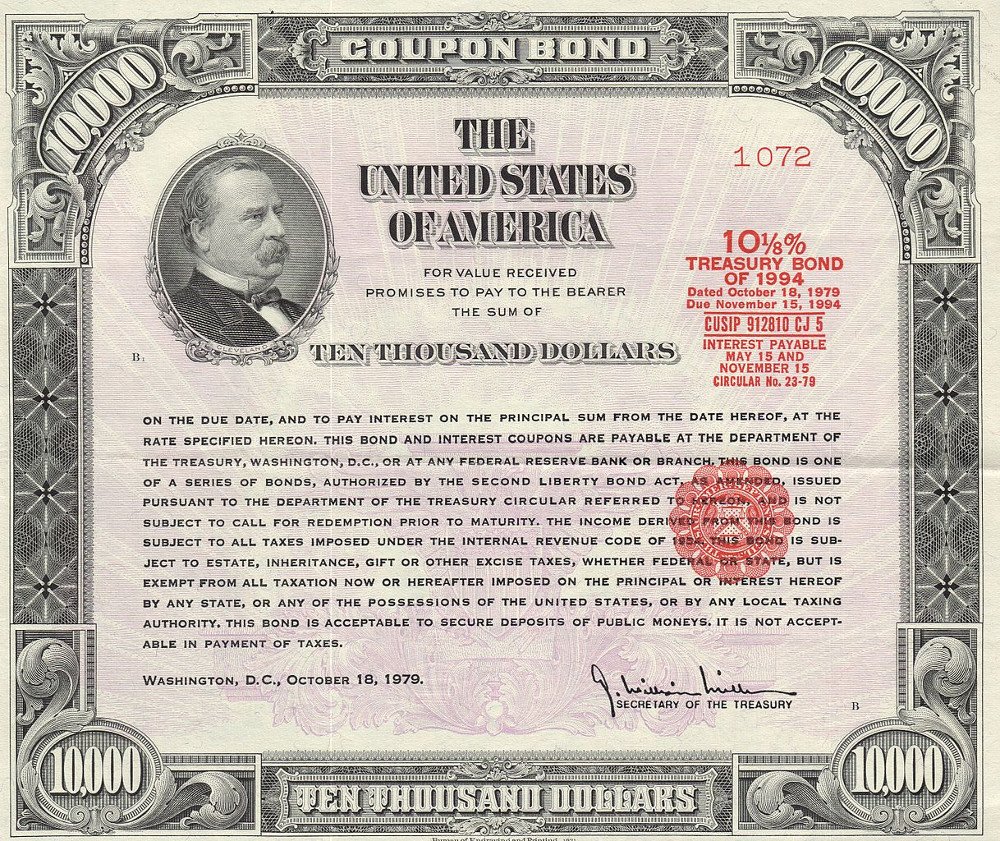 A 1979 US treasury bond. Countries may buy a large number of such bonds, thereby lending money to the distributor nation of such bonds. (Photo Credit: JHerbstman / Wikimedia Commons)

However, one thing must be kept in mind: when a nation borrows money from overseas, i.e., resorts to foreign debt, the money borrowed is usually in a different currency than their own. Many economists are skeptical of this method of federal borrowing because, besides the usual obligation of interest payment on issued bonds, there is the risk of exchange rate fluctuations. Say, for example, Brazil borrows from the US in US dollars and on the currency exchange, the value of the dollar goes up significantly against Brazilian real; suddenly, the outstanding foreign debt that Brazil owes to the US goes up significantly.

Interestingly, the country can even borrow money from its own governmental institutions and subsidiaries. The US, for instance, owes nearly $6 trillion to a number of its own federal agencies. 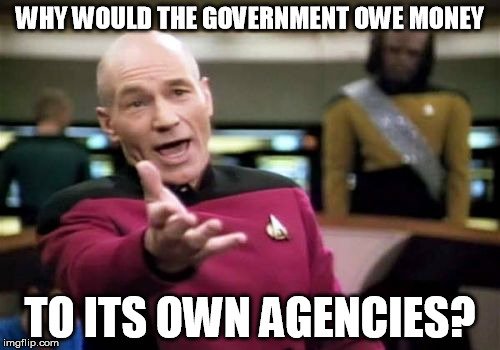 You may wonder how the government can borrow from itself, as it sounds a bit counterintuitive. Well, the thing is that some governmental agencies, such as the Social Security Trust fund, the Office of Personnel Management Retirement, etc., at times, get more revenue from taxes than they need. Thus, instead of stashing this surplus cash under impregnable lock and key, these agencies buy US T-bonds (typically) and lend money to the government in exchange.

Finally, the shadiest way that the government can borrow money from itself is through the central banks. This means printing money as a way to fuel expenses or meet debt repayment obligations. 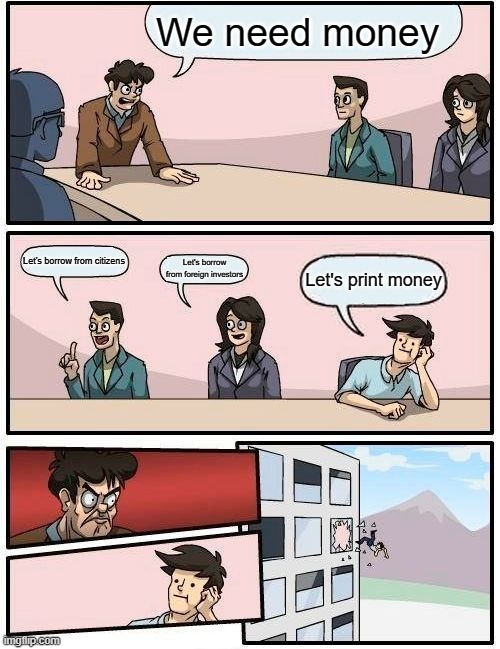 Also Read: What Is Quantitative Easing And How Does It Work?

Instead of improving the economy by increasing productivity, when the government tries to take a shortcut by printing money and flooding it into the system, it often brings undesirable results. Though this may give the pretense of a nation appearing rich, this method seldom works, as it generally leads to hyperinflation. Hyperinflation is a situation in which the prices of commodities and services rise very quickly. This could be as much as 10% overnight or over 50% in a month! Whenever such events happen, the worthiness of currency goes down, and people need to hold on to a truckload of money to meet their primary day-to-day needs. Take the case of Zimbabwe’s currency crisis, wherein to buy a packet of bread, people needed to bring suitcases full of money!

In this article, we covered just a few ways by which the government can borrow money. However, in the practical world, a country’s debt is much more complicated, involving hundreds of contributors and subtractors. From an economist’s point of view, borrowing from one’s own citizens is the cleanest way of taking on federal debt, followed by money borrowed from foreign investors/institutions. Governmental borrowing from central banks is generally considered shady or unnecessarily risky. When central banks dole out loans to the government, it often does so by printing more money. This increases the money supply and thus increases the money in circulation, which creates the risk of alarming inflation or hyperinflation! 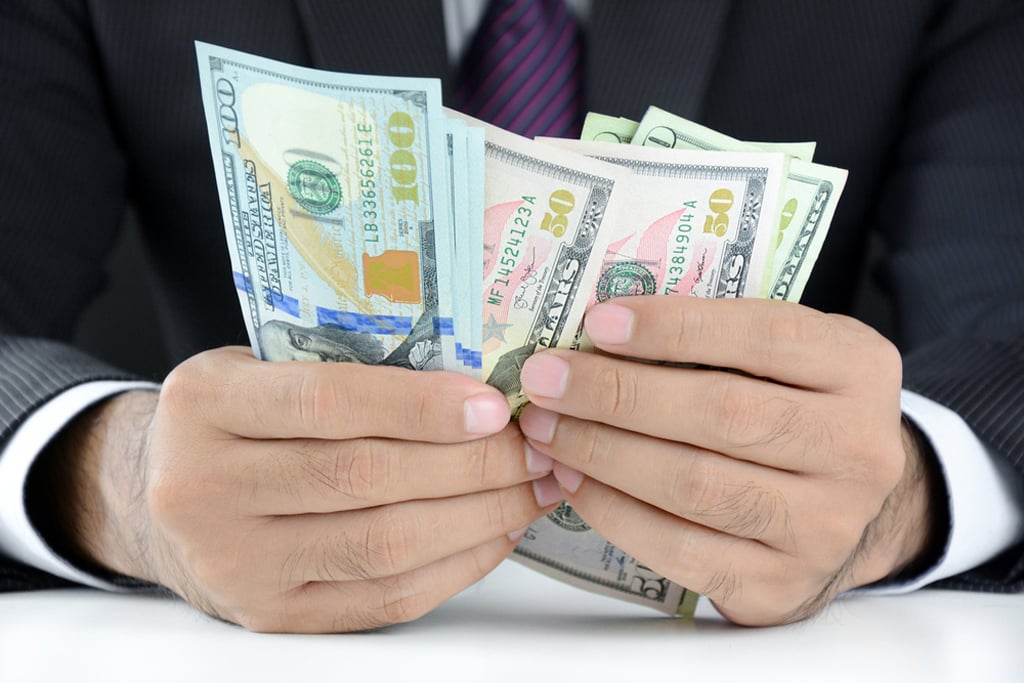 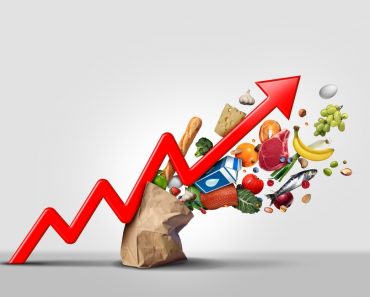 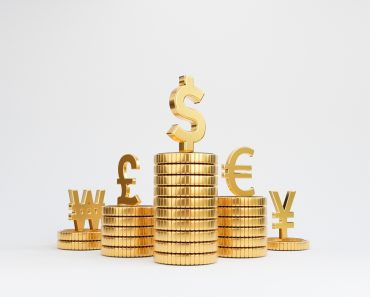