The government and central banks work together in deciding and printing currency in circulation for an economy. The value of that currency is determined by the denomination printed on each bill, which is backed by the central banking authority.

Imagine bringing a goat to a market to get a basket of apples. Think of the distress you’re bound to feel, both mentally and economically, to secure that food.

You need to arrange for transportation, a way to carry the goat, and food for it along the way. Once you reach the market, you also need to find someone willing to buy your goat in exchange for a basket of apples on mutual terms! It is a cumbersome process.

Under the barter system, commodities are facilitated as a medium of exchange. As you can see, it has several shortcomings. 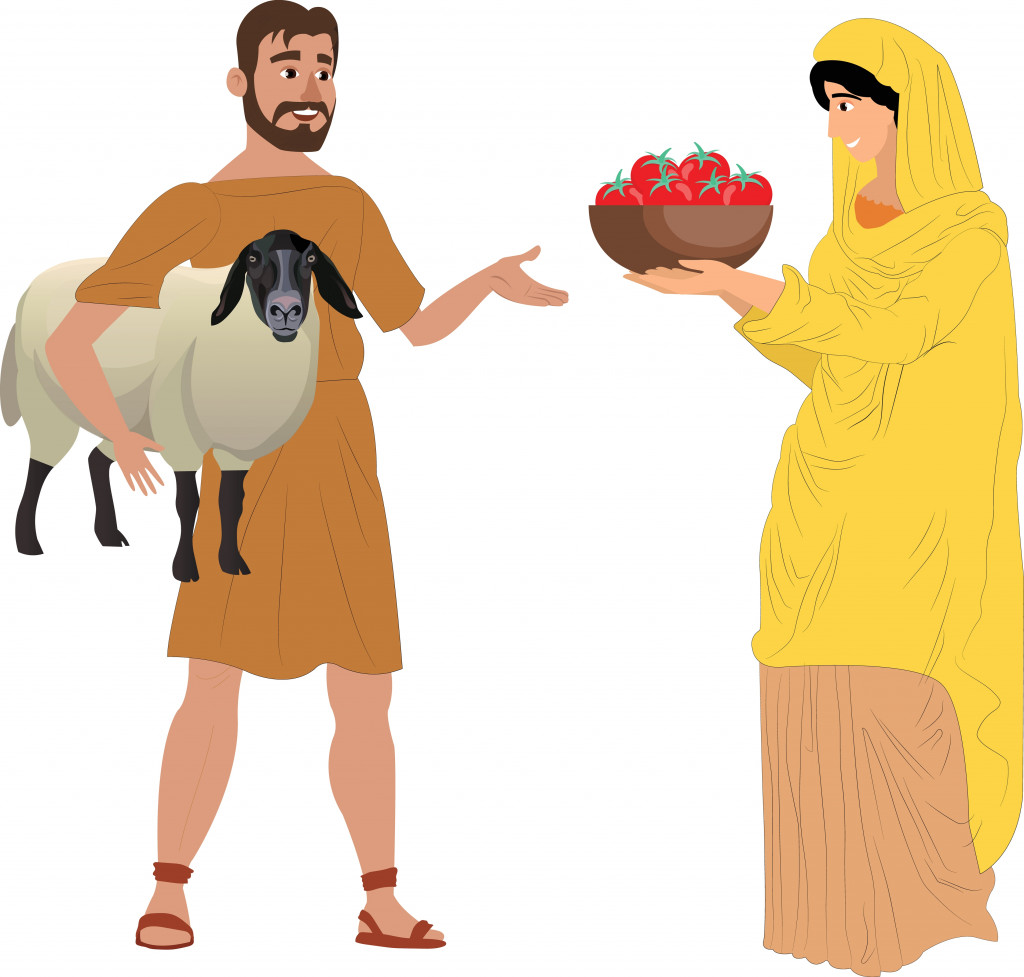 Facilitating exchange in a barter system involves the buyer and seller to negotiate, which is a time-consuming process (Photo Credit : Kevin_11/Shutterstock)

Even commodities such as gold, silver, and cowrie shells invited another set of problems. For instance, precious metals are scarce in supply, which might drive their value higher than their face value. 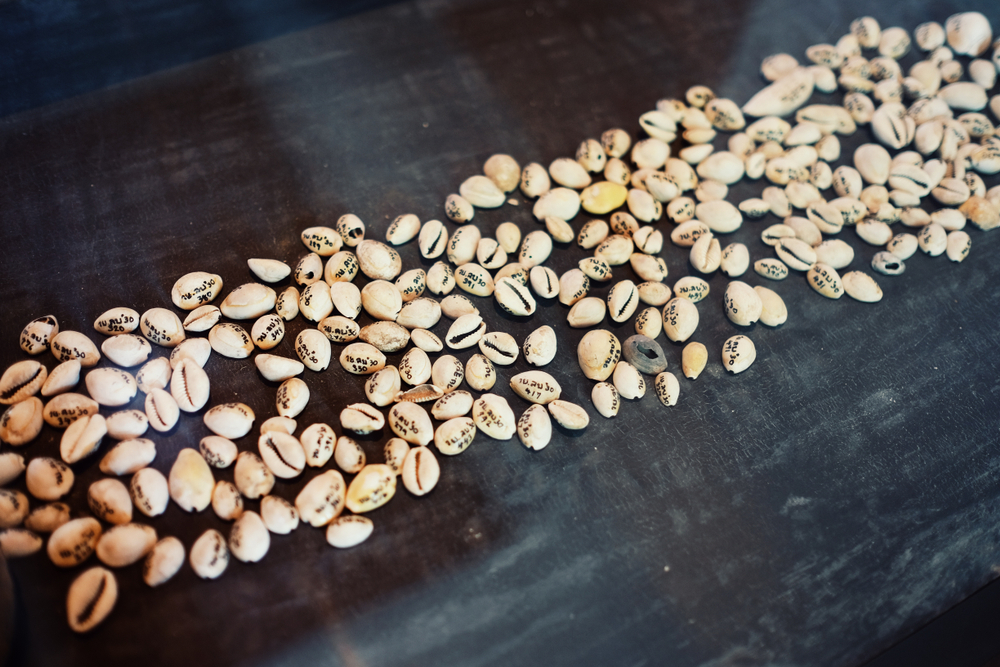 Cowrie shells used as a medium of exchange. Each shell could be different from another. Standardization is a prerequisite for something to become a currency. (Photo Credit : unjiko/Shutterstock)

Additionally, precious metals are unevenly distributed worldwide, which poses another hurdle in arriving at a common value for one coin. Should the value base itself on the weight of the metal in the coin? Imagine carrying a huge bag of cowrie shells to buy a car. The storage and transportation costs associated with such a system are additional hassles.

That said, there are some small tribal communities where free exchange still occurs through barter or some common currency like shells. Tribal communities, such as the the Edugurallapalli tribal community in Chhattisgarh, India, practice bartering to this day. However, this cannot work in a globalized world.

The hunt for a standardized medium of exchange was always a priority, owing to the problems implicit with other mediums. Using commodities had its disadvantages related to their physical composition. Using precious metals posed problems related to purity and weight. Hence, we needed a medium of exchange exempted from such issues. It certainly did not happen overnight.

Just like humans, the medium of exchange has evolved and adapted to suit the needs of the time. However, the crux of it has always been to ease the exchange process. Electronic money that we use today is another move in the direction of easing the transaction process. The bills and coins we use today result from a complex process. Minting a coin and printing a bill is similar to creating any other form of art.

Today, it is replicated with precision through machines and produced en masse.

To begin the process, an artist first designs a note or coin.

Look closely at any currency bill. Notice the number of design elements on it – emblems, historical events, mottos. Every aspect is the product of extensive thought. Once the design is finalized, it is engraved and sculpted on the metal to fine precision. It is then cast onto the machine, which stamps the ink on the notes.

For coins, the molding and stamping process is quite similar.

This is, however, a crude oversimplification of the intricate process behind creating currency.

The Bureau of Engraving and Print does the printing of notes in the US, while the US Mint performs the minting of coins. Both come under the Federal government’s Department of Treasury (DoT).

However, the Federal Reserve, the central banking authority of the country, decides whether the amount of money in circulation needs to be increased. Thus, printing happens for only three reasons:

When does a country redesign its currency? How does it decide?

Redesigning is mainly done to avoid counterfeiting. From another perspective, this is similar to “evolving” the currency. It’s a way for countries to express their identity or adopt more user-friendly ways to identify money. Redesigning doesn’t necessarily demand the return of old bills in circulation. 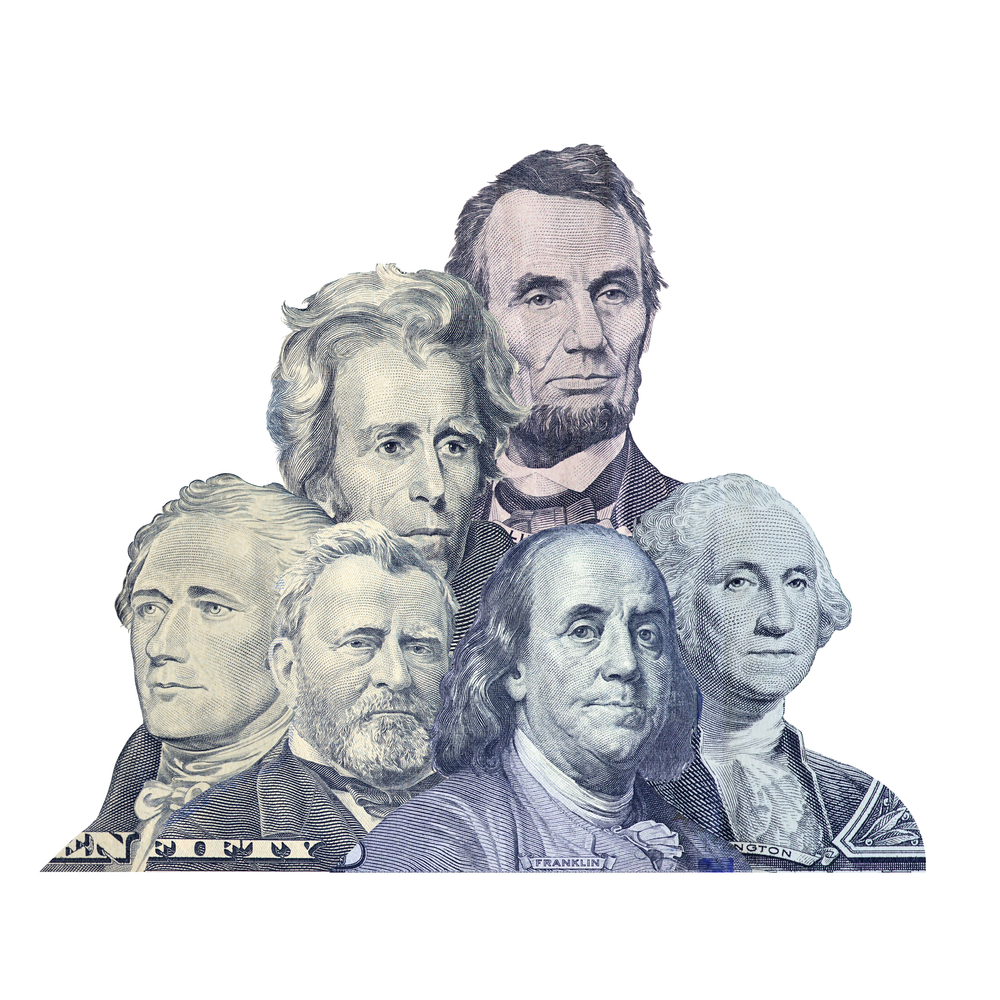 Deciding the leaders to be printed on respective denominations is a lengthy process with multiple deliberations within various committees (Photo Credit : Sanit Fuangnakhon/Shutterstock)

However, there are some instances where countries, while issuing new bills, have to withdraw the old bills in circulation. This is called demonetization. As the term signifies, it invalidates the currency status of a bill or coin.

India underwent demonetization in 2016, when 86% of its currency was pulled from circulation. Demonetization is undertaken for several reasons, such as combating inflation, controlling counterfeiting, and adjusting when a country joins a monetary union. All in all, it’s a very costly affair.

How is the value of a bill or a coin decided?

According to the official DoT accounts, the printing cost of one $1 and $100 bill is under 20 cents in 2022. The difference between the face value and the cost incurred is the government’s profit, called seignorage.

The central bank needs to profit from this exercise because when the note is damaged, the government repurchases it at face value by issuing a replacement. The replacement is at no cost to the person exchanging it, but the Central bank does incur costs. Since it has done the replacement exercise for free, a part of the profit accounts for its operational costs. The remaining profits also have policy-level implications.

How is the denominated value of the currency guaranteed?

Take a close look at a US dollar bill; for instance, each one has “This note is legal tender for all debts, public and private” printed on it.

Other countries have different statements, though they imply the same idea.

The idea is that the parties must accept the denominated dollar to settle transactions. No law mandates that the payment must necessarily be accepted in cash. Still, whenever a bill is used to settle a transaction, the face value of the bill is guaranteed by the Federal Reserve. 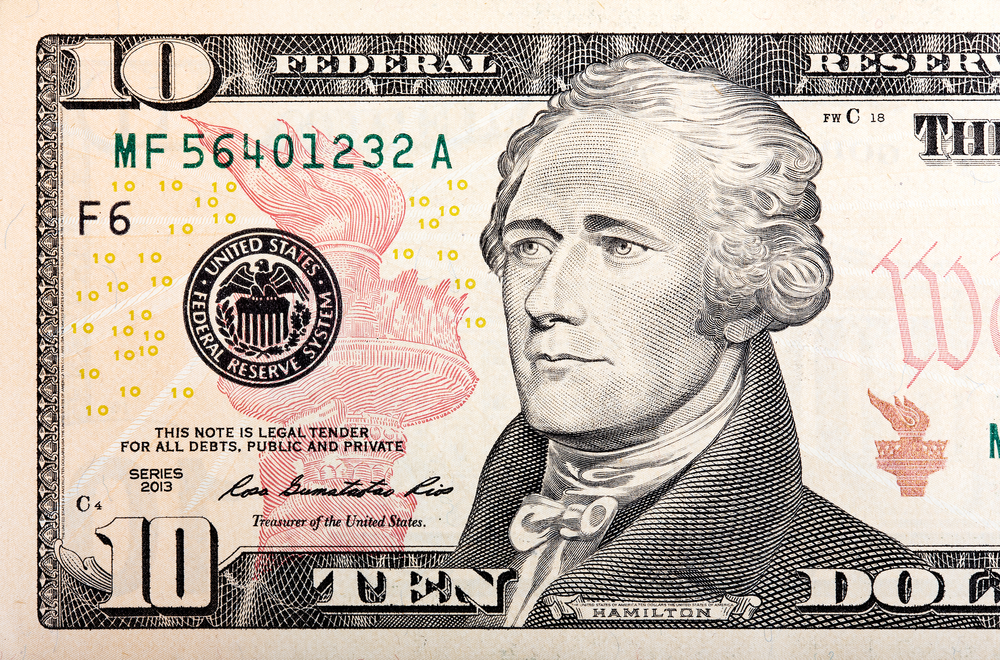 Notice the print on the left side of the bill, which certifies the denomination as legal tender (Photo Credit : YamabikaY/Shutterstock)

Earlier in history, people could always walk in and exchange their cash for a specific weight of gold, even in the early twentieth century. However, countries worldwide have since adopted the fiat system. In this system, unlike gold, the guarantor is the central bank. Thus, people have placed their trust in their central banking institution, the only guarantor for the face value.

To sum it up, the government and central banks work together in deciding and printing currency in circulation for an economy. The value for this currency is determined by the denomination printed on each bill, which is backed by the central banking authority. 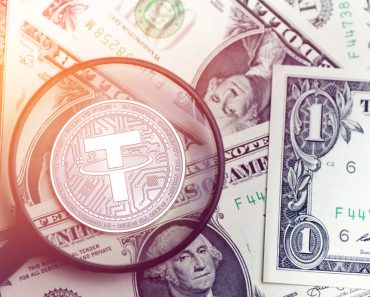