Point blank range is the distance over which the trajectory of a given projectile fired from a particular weapon remains ‘flat enough’ so that the shooter can hit the target by firing at it directly. The point blank range of a firearm can be anywhere from a couple inches to a few meters, depending on the type of weapon and its projectile. The phrase ‘point blank’ has come to mean a ‘can’t miss’ range with a firearm in everyday language.

“After his cover was blown, the army sniper had to fire at the enemy at point blank range.”

“The injuries caused by getting shot at point blank range are often quite grievous.”

“Dave was so bad at archery that he hardly managed to hit the target, even at point blank range!”

Just like the examples above, you may have heard the phrase ‘point blank’ used in many conversations pertaining to firefights/gun battles and archery. Most action movies (like the James Bond, Jason Bourne, Mission Impossible series… just to name a few) involve gun fights where a lot of shooting occurs at point blank range. A still from the movie Skyfall. James Bond, a fictional British spy, finds himself involved in firefights quite frequently, and often has to shoot enemies at point blank range. (Photo Credit : straitsTimes)

Do you know what ‘point blank’ actually means? More importantly, why does it have such an odd name? What’s the story there?

When the distance between the shooter and the target is too small, it’s usually called shooting at point blank range. In other words, you could say that point blank range is that distance from which a shooter cannot miss if they have aimed directly at the target. That’s why the phrase ‘point blank’ has come to mean a ‘can’t miss’ range with a firearm in everyday language.

However, if you are to define ‘point blank’ range in more specific terms, you’d say that it’s the distance over which the trajectory of a given projectile fired from a particular weapon remains ‘flat enough’ so that the shooter can hit the target by firing at it directly. 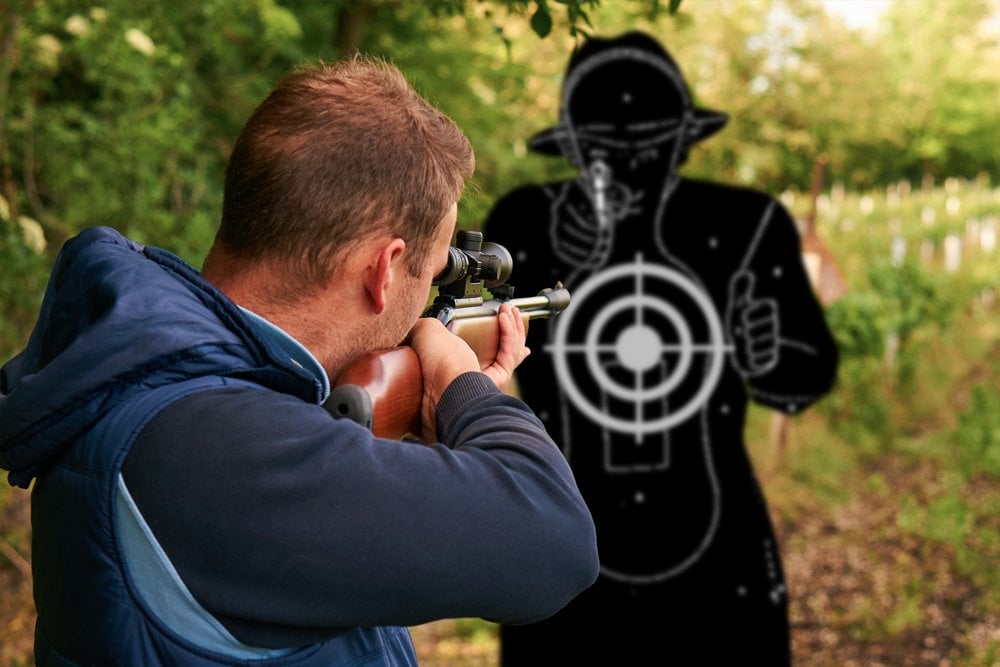 If the target is very close, we say that it’s at point blank range.

In order to understand where the phrase ‘point blank’ comes from, it helps to know a thing or two about the ballistics of a fired bullet.

Unless you’re one of the characters from the 2008 movie Wanted, the bullets you fire always go in a straight line. Or do they?

Actually, they don’t, if the target is far enough away.

The moment a bullet leaves the muzzle of the gun, it starts falling towards the ground due to Earth’s gravity (and a few other factors as well as, such as air friction, wind resistance etc.). Since the horizontal velocity of the bullet is very high, it seems to travel in a straight line, but contrary to what it might seem, a bullet actually follows a parabolic path (not a straight one). That is why shooters have to aim slightly above their target to hit it accurately. 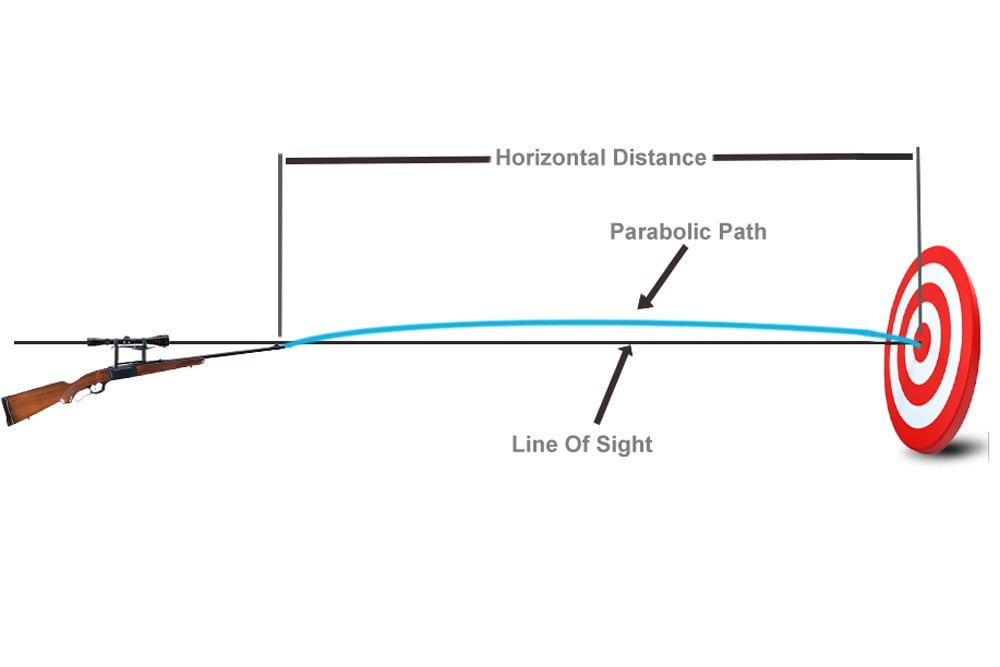 So, technically, point blank range is that distance where you don’t have to adjust your aim to factor in the effect of Earth’s gravity or other factors to hit the target precisely; at point blank range, you can simply aim your firearm at the target and strike it with 100% accuracy.

The point blank range of a firearm can be anywhere from a couple inches to a few meters, depending on the type of weapon and its projectile.

Origin of the phrase ‘point blank’

It’s not exactly clear how the phrase ‘point blank’ came to be used to refer to a very small distance (in the field of shooting and archery), but according to the most logical and convincing supposition, the phrase is derived from a French term ‘pointé à blanc’, which literally translates to ‘pointed at white’. ‘Blanc’ is the French word for ‘white’.

In the 16th century, archers used to practice by shooting arrows at targets whose centers were painted white. Thus, point blank range denoted the distance from which an archer could easily hit the white central spot at the target by simply ‘pointing’ at it. If you can hit the target by simply pointing at it and firing, then you’re firing from point blank range. (Photo Credit : Pixabay)

According to another hypothesis, the ‘point’ in the term ‘point blank’ may have referred to the point (i.e., the tip) of the arrow that was about to be fired. If the archer could see the ‘point’ coinciding with the target, he could be sure that the target would be hit, so long as the shot was taken from ‘point blank’ range.