Archery is the sport of shooting arrows at a target, and it is a complex science. The bow is a two-armed spring that stores potential energy, and the arrow is released when the bowstring is pulled back. The arrow straightens out in flight and hits the target straight on. The arrow also vibrates in flight, which is called “fishtailing.”

In today’s modern world, few people have actually shot an arrow, but we see archery everywhere; in movies (like The Hunger Games), on TV (Arrow!) and most importantly, the real-life archers shooting for gold at the Olympics.

The skill looks simple enough. You take a bow and arrow, draw the arrow onto the bowstring, take aim, and launch it forward. Simple enough. As it happens, however, there are various forces that act on an arrow during its launch and subsequent flight, so archers need to keep these unpredictable forces in mind to achieve accuracy. The science behind archery is quite fascinating, so let’s take a closer look at what it involves.

First, let’s take a look at the bow. We can think of a bow as a “two-armed spring” and, just like a spring, it is capable of storing a certain amount of potential energy when pulled back. This energy is now ready to be used to launch an arrow.

Now, once you “nock” an arrow onto the bowstring and pull it back, you’re ready to fire. Once the arrow is released, all that potential energy stored up in the bow is converted into the kinetic energy of the traveling arrow. Essentially, the greater the force with which you draw back the bowstring (known as the draw weight), the further you draw back the bowstring (the draw length), and naturally, the greater the potential energy the bow will store and the faster the arrow will launch. 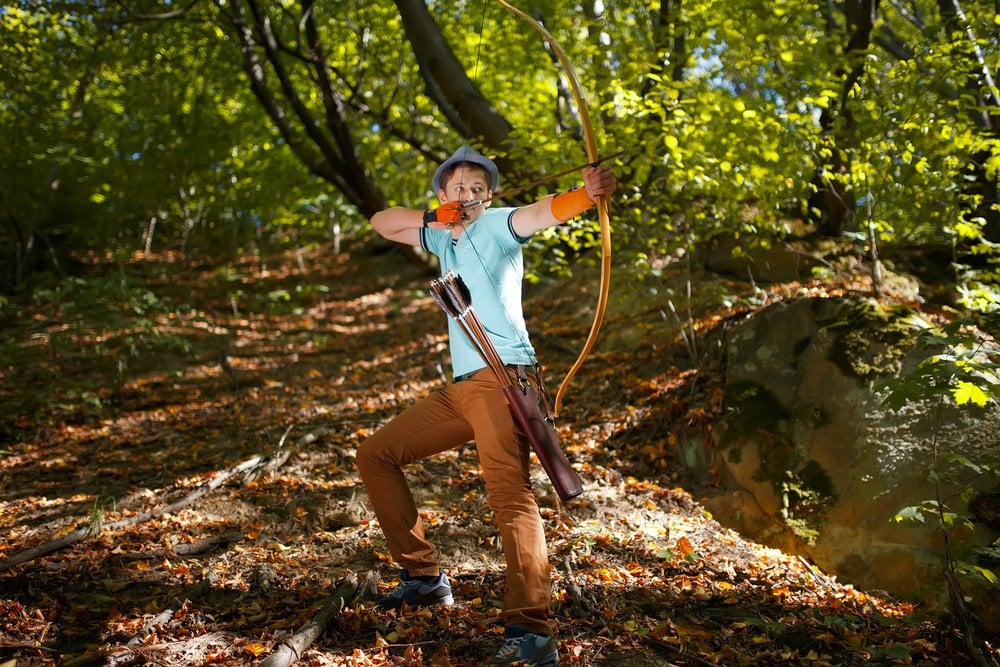 Keep in mind that there is a limit to how far one can draw back the bow before it breaks.

The chances of such a thing happening are unlikely though, as we can generally only manage to draw back the bow roughly 28 – 30 inches.

Did you know that archers don’t actually aim their arrow straight at the target? This seemingly foolish practice is due to a fascinating phenomenon known as the Archer’s Paradox. 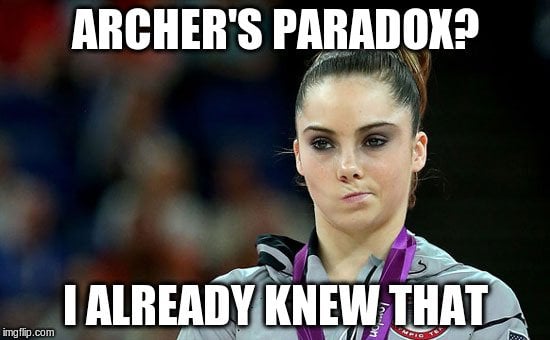 The front portion of a bow, where the ends of the bowstring are attached, is known as the bow shaft. When an arrow is placed adjacent to this shaft, it is deliberately aimed slightly off-target, since the arrow actually straightens out once launched and will end up hitting the target straight on (if the archer is good, of course). 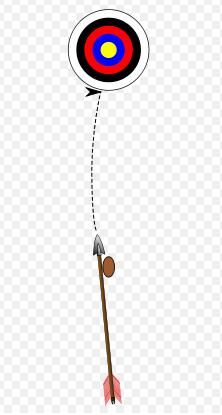 Another force acting on the arrow once it is released is vibration. This is a natural force that the arrow experiences, since a brief but large force has just been applied to it. This vibrating motion of the arrow is known as “fishtailing”.

Now that you know those basic details, you essentially understand the scientific gist behind the fascinating and exciting sport of archery. It’s important to comprehend the complexity of archery and the various factors that an archer needs to keep in mind before the target can be hit successfully. Especially if you’re an aspiring archer yourself!

Now, for all your Hunger Games lovers out there, draw back your bows, take aim…and Fire!