Diamond scores a perfect 10 on the Mohs hardness scale, indicating that it is the hardest natural material when subjected to scratching. However, lonsdaleite, a substance found in meteorites, is predicted to be even harder than diamond.

Ask any science-loving geek “what is the hardest material?” and he will undoubtedly reply diamond.

The word diamond has its roots in the Greek word ἀδάμας (read as adamas), which means insurmountable or unbreakable. For decades, humans have been harnessing the impeccable hardness of diamond to conduct intensive cutting activities. Also, given its ability to interact beautifully with light, diamonds are a deeply coveted jewelry item for women. But is diamond really the hardest material on Earth?

Well, almost… but scientists have discovered a potential rival that is believed to be even harder than diamond. 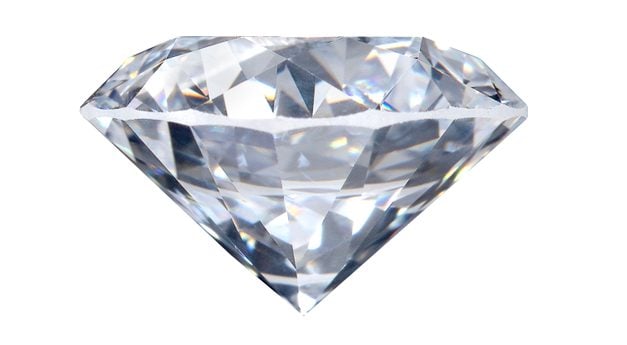 When it comes to the naturally occurring hardest substances, diamond is the clear winner. Thanks to its compact structure, it is very hard to beat its hardness. Now, the question arises… how do we measure hardness?

In material science, assessing the hardness of a material is very important. However, hardness isn’t all that easy to define. Thus, hardness can be measured in a different manner, depending on the context and applicability.

Diamond scored a perfect 10 on this scale, clearly indicating that it is the hardest natural material when subjected to scratching. To understand how good a diamond is, consider steel, which is known for its toughness, scoring only a 4.5 on this scale!

Now, measuring hardness by a substance’s scratch-resistant abilities wasn’t approved by everyone. Thus, scientists started looking for an alternate method of measuring hardness. Another hardness technique was developed in which an indenter was used to assess hardness.

What Makes A Diamond So Hard?

At this point, you may be asking yourself, what makes a diamond so hard? The answer lies in the molecular structure of this shiny element. Diamond is an allotrope of carbon, made of five carbon atoms that share electrons with each other in a tetrahedral lattice structure. The covalent bond between these carbon atoms is extremely strong and very tough to break at room temperature. 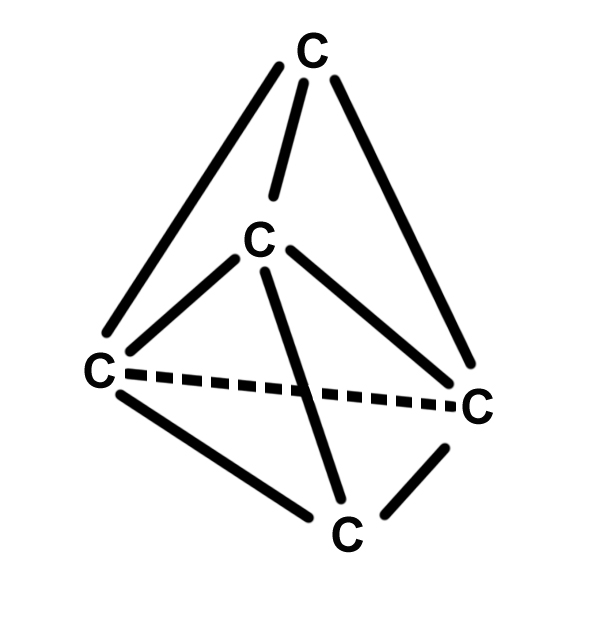 Diamond as a tetrahedral structure of carbon

Due to this strong covalent bond, diamonds don’t have free electrons, making them a poor electric conductor, but an excellent heat conductor. In fact, a diamond is around five times better at thermal conduction than copper. Due to their fantastic heat conductivity, diamonds are often present in electrical parts, like heat sinkers.

And The Hardest Material Is…

After reading this, you might feel that diamonds are invincible, but that’s not really the case. Diamond becomes vulnerable at very high temperatures. When you heat a diamond above 800oC, its chemical and physical properties no longer stay the same. A diamond’s characteristic toughness is compromised. They begin to chemically react with iron, which is what makes diamond undesirable for machining steel.

Therefore, scientists and researchers have long been looking for a super-hard material that has better chemical stability. In 2009, researchers working in collaboration at Shanghai Jiao Tong University and the University of Nevada claimed to have found two materials that can beat a diamond at its own game!

The two proposed potential claimants for the hardest substance were: Wurtzite boron nitride (w-BN) and lonsdaleite.

Wurtzite boron nitride (w-BN) has a similar structure to that of a diamond, but it’s composed of atoms of boron and nitrogen, alongside carbon. w-BN is extremely rare and can only be found in the aftermath of a certain type of volcanic eruption. A simulation conducted by researchers in 2009 of the hexagonal structure w-BN found it to be 18% harder than steel. Furthermore, w-BN is chemically more stable than diamond at high temperatures.

However, there’s a catch with these claims of w-BN and lonsdaleite being stronger than diamond. These claims are based on a simulation program run on a computer, not physical verification. As these elements are extremely hard to find, they have not yet been tested physically to ascertain their hardness.

That being said, their simulation suggests that these harder-than-diamond materials have good thermal and chemical stability; if we can synthetically produce them in large enough quantities, they could turn out to be game-changing. They could be used as powerful cutters by placing them on top of other cutting tools. Also, their stability at higher temperatures would make them useful in space missions to Venus or Mercury, which have scorchingly high temperatures.

Well, diamond might have notionally lost its crown of being the hardest material, but it will always remain king of the gemstones. Moreover, the claim of lonsdaleite being the hardest substance has yet to be confirmed physically, so we could still give the benefit of doubt to the diamonds. Metaphorically, diamond is under tremendous pressure from its other carbon-based peers to maintain its status. Fortunately, diamonds were only able to form because they valiantly withstood extreme external stress beneath tons of rock, so they’re used to handling pressure!