The Seebeck Effect and the Peltier Effect are the two major principles which govern the working of thermoelectric generators.

The Seebeck Effect and the Peltier Effect can both be classified under the term thermoelectric effect. Any thermoelectric effect involves the conversion of differences in temperatures into voltage differences. The Seebeck and Peltier Effects are different manifestations of the same physical process. In some instances, they are linked and known as the Seebeck-Peltier Effect. The reason why these two effects are separated is due to their independent discoveries by two different individuals. Let’s first look at what the Seebeck Effect is in detail.

What Is Seebeck Effect?

The voltages produced by the Seebeck Effect are tiny. The range of the voltage produced is usually on the order of a few microvolts (one-millionth of a volt) per Kelvin of temperature difference at the junction. If the temperature difference is significant enough, some devices can go on to produce a few millivolts (which is one-thousandth of a volt).

Several such devices can be connected in parallel to increase the maximum deliverable current. Such devices have been shown to provide a small-scale level of electrical power if a large temperature difference is maintained across the junctions. 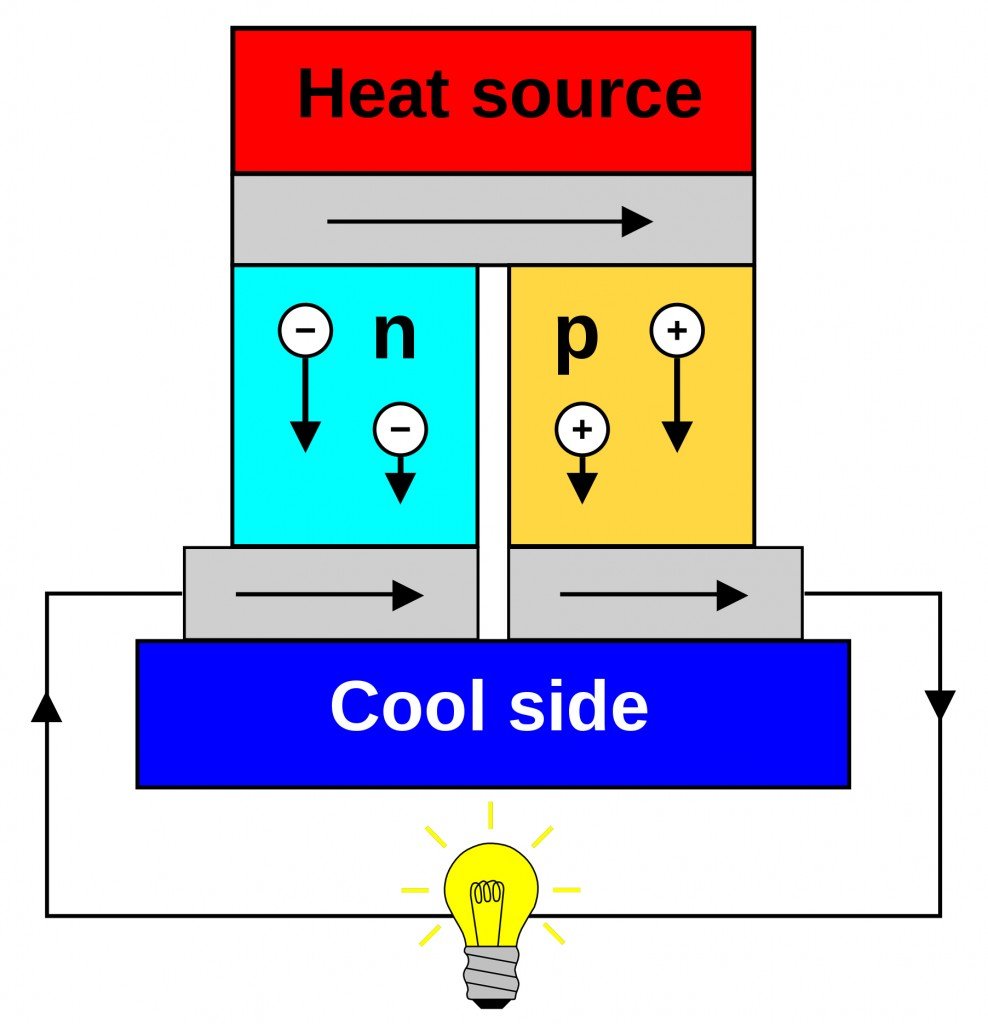 The Seebeck Effect can help us calculate the electromotive field generated by a device. This can be done by using the Seebeck Coefficient. The Seebeck Coefficient of a material is the measure of the magnitude of the increased thermoelectric voltage in response to the temperature differences in a given material. Using the Electromotive force, we can also calculate the current density of the thermoelectric material. The relevant equations for this are as follows:

What Is Peltier Effect?

The Peltier Effect was named after the French physicist Jean Charles Athanase Peltier, who discovered this phenomenon in 1834. The Peltier Effect is the presence of heating or cooling at an electrified junction of two different conductors. When a current is made to flow through a junction between two conductors, heat may be added or removed at the junction. 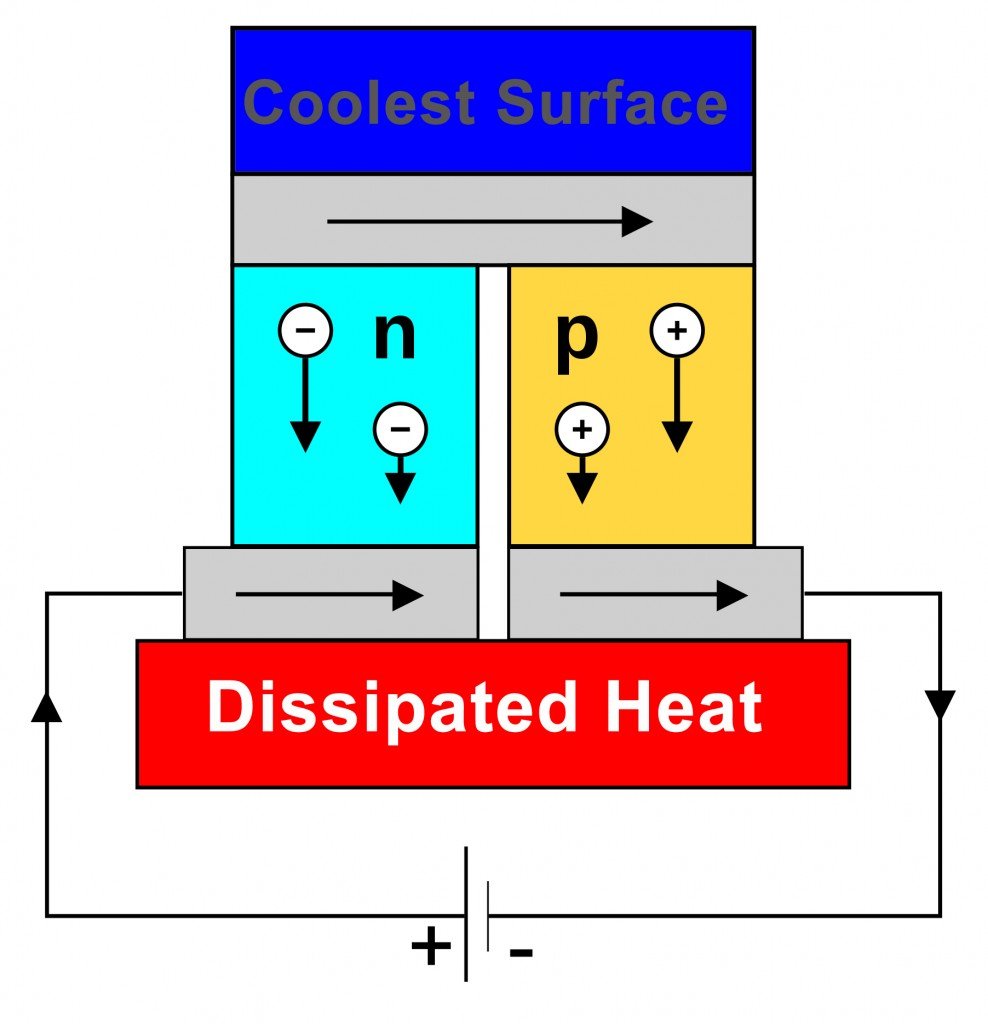 The Peltier heat generated at the junction per unit time is where ∏A and ∏B are the Peltier coefficients.

Here, A and B signify the two ends of the conductors, while I is the electric current. The Peltier coefficients represent how much heat is carried per unit of charge. Since charge must be continuous across a junction, the associated heat flow will develop a discontinuity if ∏A  and ∏B are different.

The Peltier Effect can be considered as the back-action counterpart to the Seebeck Effect: if a simple thermoelectric circuit is closed, then the Seebeck Effect will drive a current, which in turn (by the Peltier effect) will always transfer heat from the hot junction to the cold junction.

Also Read: What Is The Photoelectric Effect?

A typical Peltier heat pump involves multiple junctions in series, through which a current is driven. Some of the junctions lose heat due to the Peltier Effect, while others gain heat. Thermoelectric heat pumps exploit this phenomenon, as do thermoelectric cooling devices found in refrigerators.

How much do you know about the Seebeck effect and Peltier effect?