Enzymes are biological catalysts that help in speeding up reactions in the cells and managing the metabolism of the body.

Whenever the word “enzyme” pops up in a discussion, there are certain words that will always be found in relation to it, including catalyst, substrate, inhibition, metabolism etc. The term catalyst is especially important, as enzymes are essentially catalysts, but specifically ones that are formed organically, and are therefore called “biological catalysts”. With that in mind, lets get into some of the finer details.

What is a catalyst?

If you have a lot of work that needs to get done, doing it alone will take a significant amount of time. However, if someone helps you do the work, it speeds up the process and the work gets done at a faster rate. A catalyst does the same thing as an extra person; it makes a process or chemical reaction begin or finish faster. An enzyme, which is also a catalyst, makes the human body’s work easier by making the minute processes in the body occur faster.

For example, a routine peptide bond break reaction would take approximately 400 years at room temperature, so we clearly need something to speed up the process. Enzymes speed up the reaction so dramatically, they might as well be our biological superheroes. The Flash, a character from DC Comics, can surpass the speed of light. (photo Credit : Pixabay)

That example should give you some idea about the extent to which enzymes are required for bodily processes and sustainability. Given that enzymes are so significant for our metabolism, let’s explore the details of their functioning and purpose.

How Do Enzymes Work? Think of enzymes as a spring. While in use, the spring stretches and changes its shape, but once the work is done, it returns to its original shape. Enzymes work in a similar way. During a chemical reaction, the enzyme may change its composition or form to promote the reaction, and once the task is done, it returns to its original state, leaving no permanent change in the enzyme.

Think of it this way… imagine that you’re trying to light a fire with logs. If there is a strong wind, it would put out the fire, but if the strength of the wind is reduced, you could light and continue the fire again. On the other hand, if you splashed water over your fire, you would not only put out the fire, but also wet the logs and everything else, meaning that you would not be able to light a fire again with those same materials. A fire burning, as mentioned in the above example of reversible inhibition; in the absence of a strong wind, the fire would burn. (Photo Credit : Sandis Ruperts/Shutterstock) A fire being put out, as mentioned in the example of irreversible inhibition; if water is splashed over the fire, you cannot light a fire using those same materials again. (photo Credit : Pixabay)

An enzyme, by nature, has different sites—the active site and the non-active site. Imagine two roads, one that is wider and used often, and another much narrower road that is used very rarely. Both get you to the same destination, but they’re different roads. That is the case of the active and non-active sites, respectively. The wider road is the active site that is mainly used for binding and reactions. The other narrower road is the non-active site, which is mainly used by inhibitors to bind when there’s too much traffic.

Before we get into the three kinds of inhibition, we need to imagine a scenario. Imagine that you want to do some work; when your body and your intent come together, the work takes place, which leads to the end product of the work getting completed. The enzyme here is you, the intent is the substrate (the chemical with which the enzyme reacts), you and your intent leads to working, and working is the equivalent of a complex formed by the reaction of the enzyme and substrate (called the enzyme substrate complex). The end product—the work getting completed—is the equivalent of the end product of the reaction.

Taking into consideration the scenario mentioned above, imagine that you have to work, but are feeling lazy, which competes with your intent to work. It might make you lazy to the extent that you won’t move and the laziness will fight your intent to do work, but if you could avoid the laziness, you would do the work. This is called competitive inhibition. The inhibitor reacts with the free enzyme in the first stage, and the enzyme then must compete to bind with either the substrate or the inhibitor.

Imagine another scenario in which you are healthy and have the intent to work, but your internet is slow. There are two ways this could play out: the slow internet affects your working and you’re unable to do it, despite your intent, or you eventually get frustrated with the slow internet and no longer want to do the work. This is called non-competitive inhibition, in which the inhibitor can either bind with the free enzyme or the enzyme substrate complex.

Finally, imagine a scenario in which you are present, with the intent to work, but due to the battery of your computer dying, your work didn’t get saved. This is called uncompetitive inhibition, in which the inhibitor only binds with the enzyme substrate complex, and thus only the working is affected.

In all three cases, in the absence of the laziness, the slow internet, or the battery dying, you could complete the work smoothly. In the same way, in the absence of the inhibitor, the enzyme would work perfectly and the reaction would go forward to completion. This is just a brief understanding of how tiny enzymes help our body to function! 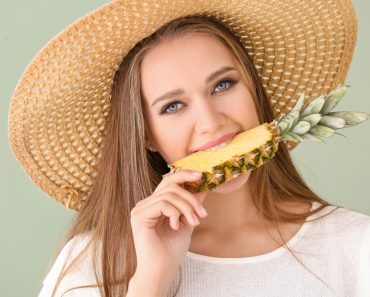