The thyroid gland, also known as glandula thyreoidea in medical lingo, is a small endocrine gland situated in the front of the neck. Thyroid hormones play a crucial role in regulating the body’s metabolism, which is basically the ability of the body to break down food and convert it into energy.

Our body works with the assistance of helper organs called glands. Glands are basically organs that secrete certain chemical substances that in turn stimulate the cells of our body to function in a particular way. One such gland is the thyroid gland. The thyroid gland, in fact, is our master helper. It influences almost every cell/ tissue of our body, which is why it’s important for us to learn a bit about it.

Position and structure of the thyroid gland

The thyroid gland, also known as glandula thyreoidea in medical lingo, is a small endocrine gland situated in the front of the neck. It is bi-lobed and the two lobes lie on either side of our windpipe (trachea). You can clearly see its butterfly-like appearance in the image below 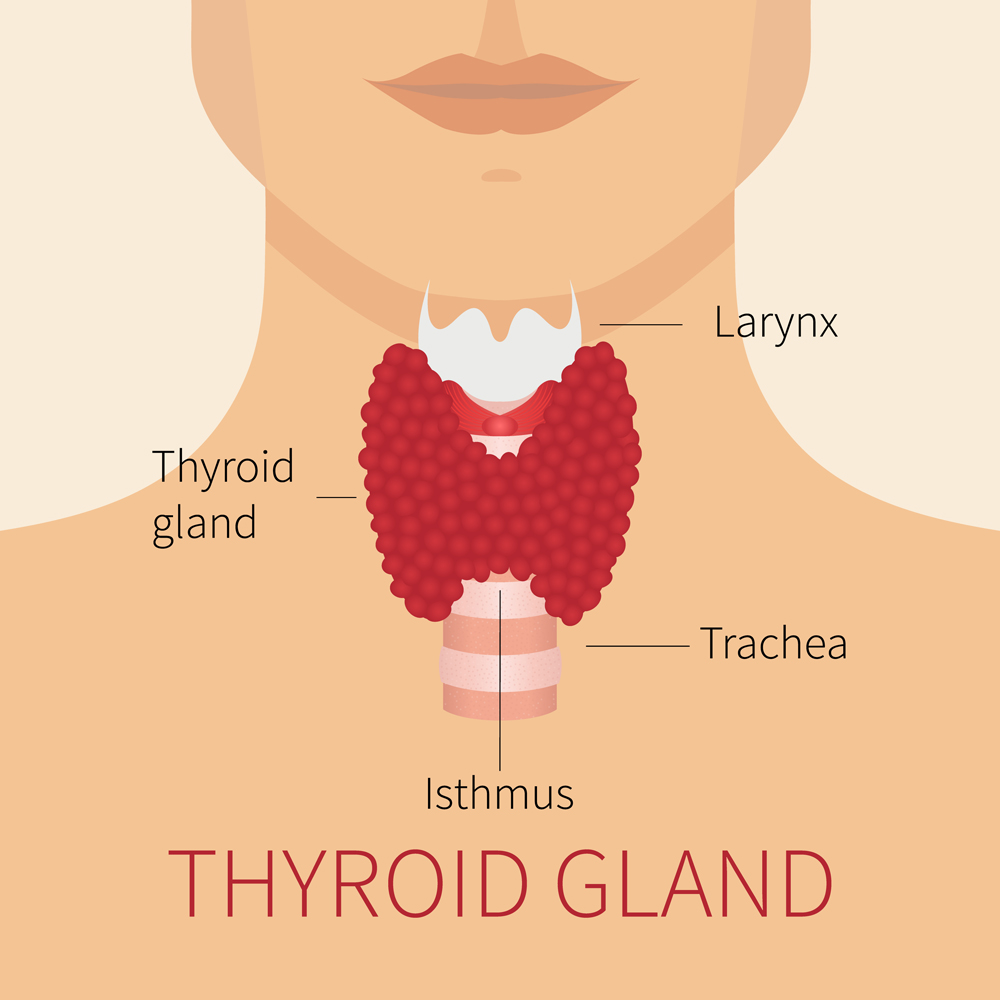 The two lobes of the thyroid gland are connected to each other by a strip of thyroid tissue called the isthmus. The gland weighs anywhere between 20-60 grams in adults and is usually found to be larger in females. The thyroid gland is located below our voice box (larynx) and is covered by an outer and inner capsule. The outer capsule attaches the gland to the larynx and secures its position.

The space between the outer and inner capsules is occupied by loose connective tissue that enables the gland to change its position as and when we swallow. Going deeper into the thyroid gland, histologically, the gland consists of a number of follicles lined by follicular cells. These follicular cells release a colloidal substance called thyroglobulin, which sits in the follicular cavity of each follicle.

The other type of cells seen in the thyroid gland are the parafollicular cells, which are interspersed between the follicles of the gland. 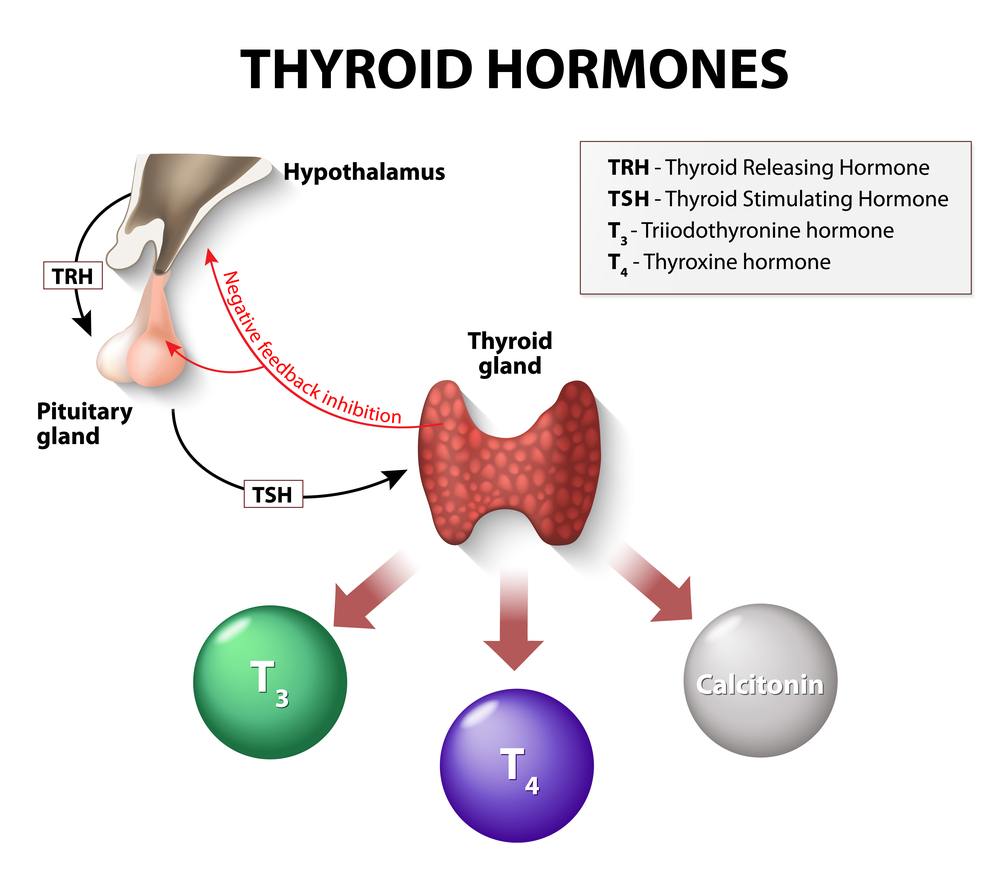 Both T4 and T3 contain iodine as its core substance, which binds to the amino acid tyrosine, and since iodine is not something our body manufactures, we must rely on dietary supplements like iodized salt to keep our thyroid hormones flowing and balanced.

If there is any type of deficiency of thyroid hormones, a whole host of things in your body will go wrong, but you will be able to notice the effects of the hormone slump within four months of the thyroid hormone factory slowing down.

The symptoms of this deficiency will take about 4 months to show up, and with good reason—the thyroid gland is the only endocrine gland with a storage capacity of four months, so while you may think everything is hunky-dory, it may not be the case!

Functions of the thyroid gland

Thyroid hormones play a crucial role in regulating the body’s metabolism, which is basically the ability of the body to break down food and convert it into energy. Nearly all the cells in our body are affected by thyroid hormones. Brain and nerve development, the functioning of the hair and skin, heart, reproductive system, intestines, and digestive system are all influenced by the proper functioning of the thyroid gland. Before we go any further, let’s elaborate on the functions of this gland: 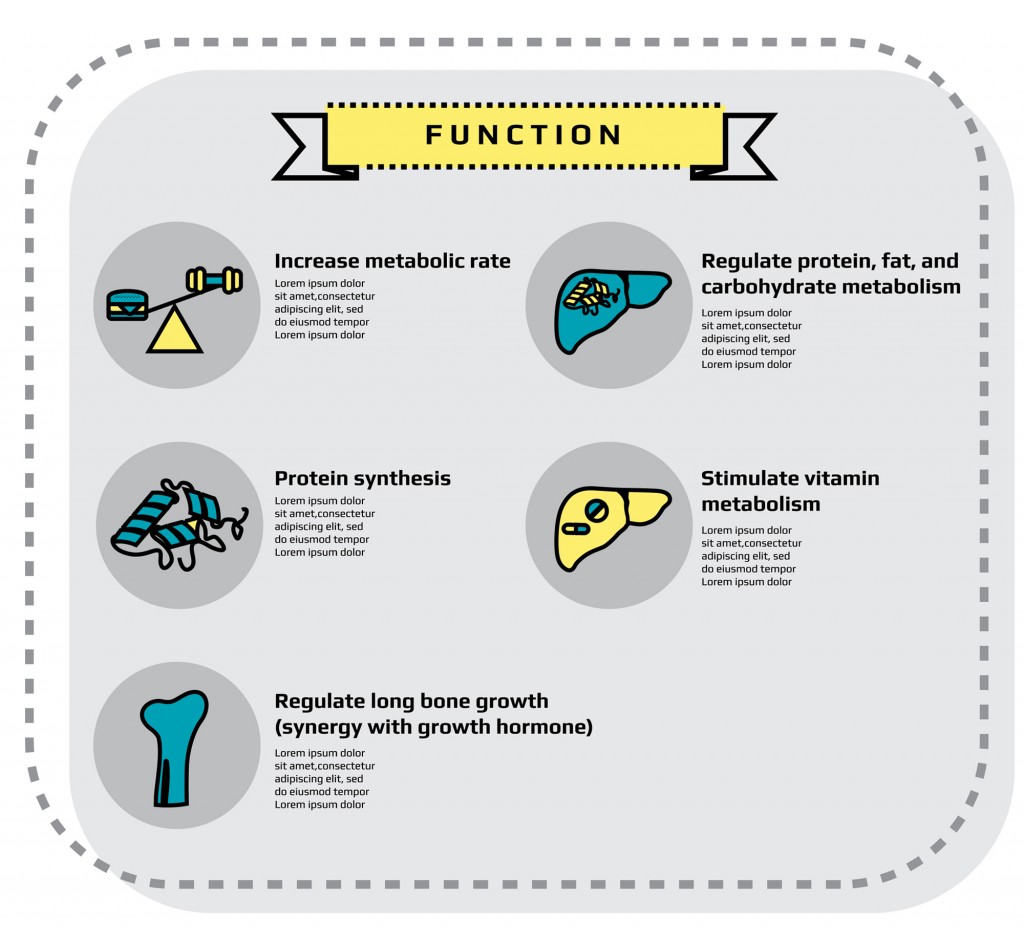 Who would have thought that a tiny butterfly-shaped gland docked in our neck could actually affect so many of our cells, tissues, and organs? But it really does!! So, it’s best to help it serve us better by consuming a satisfactory level of iodine from our dietary intake (in case you forgot, thyroid hormones contain iodine as their core material). So, for a happy body, keep your thyroid happy!