The Haber-Bosch process combines atmospheric nitrogen with hydrogen to produce Ammonia, which is a major component of fertilizers used to promote plant growth.

The Haber-Bosch process, invented in 1909-1910, is one of the most important inventions made in the field of science. The process is named after German chemists and inventors, Fritz Haber & Carl Bosch. The process combines atmospheric nitrogen with hydrogen to create ammonia. Sounds simple, right? Well… it isn’t.

In fact, the invention of the process is of such importance that Haber and Bosch were awarded Nobel Prizes for their work. Now, you may be wondering why the production of Ammonia was considered such an extraordinary feat deserving of the Nobel Prize. Well, before we get into why it’s so important, let’s look at the process itself. 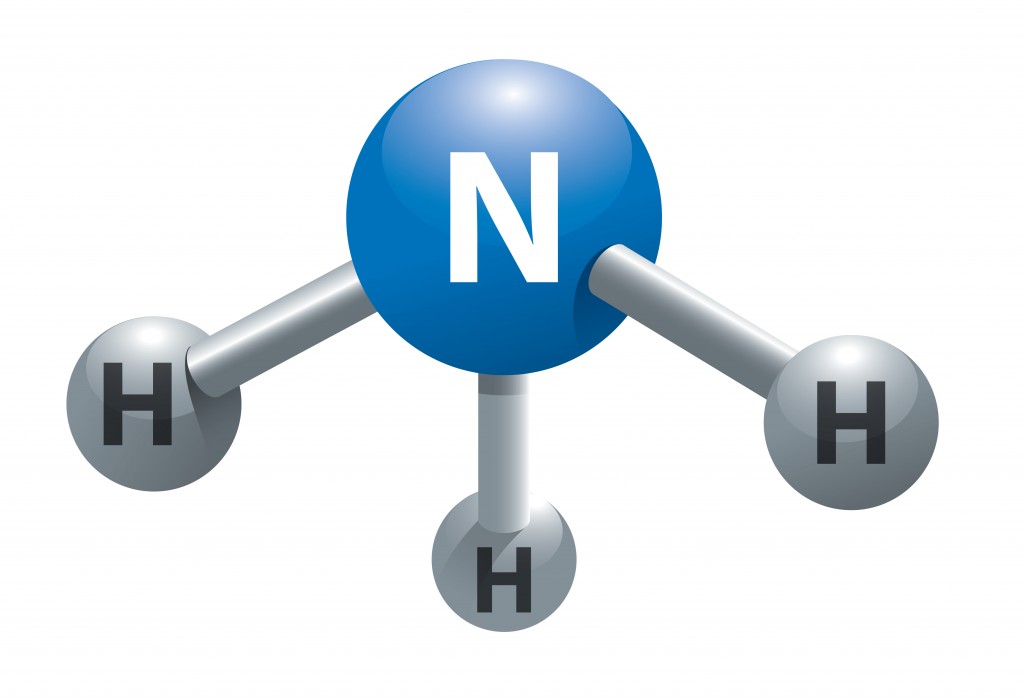 What is the Haber-Bosch process?

The ⇌ arrow in the above equation implies that the reaction is reversible in nature. The reaction also happens to be exothermic. 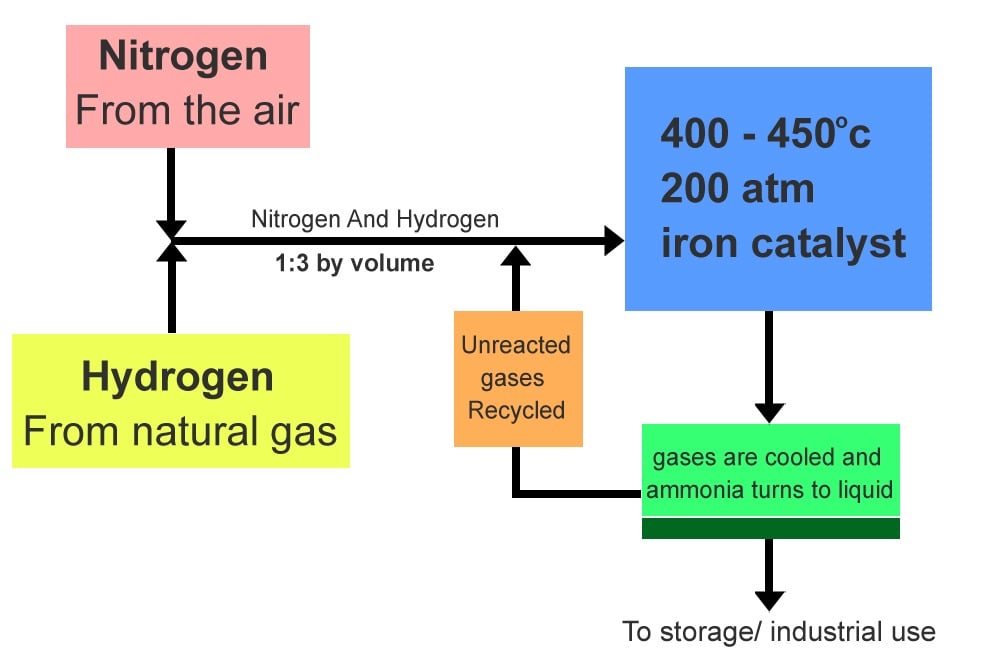 Flow diagram of the Haber-Bosch process.

The primary source of hydrogen is methane (natural gas). In fact, around 3% to 5% of the world’s total natural gas production is used in the Haber-Bosch process, while nitrogen is extracted directly from the atmosphere. The reaction occurs in the presence of an iron catalyst, as well as at high temperatures and pressures.

In every pass through the reaction apparatus, only about 15% of the two reactants get converted into nitrogen. The unreacted/uncombined gases are recycled and passed through the apparatus again. The produced ammonia molecules are passed through a condenser for condensation and liquid ammonia is extracted for storage and industrial use.

Role of the catalyst & high pressure

Nitrogen, in the atmosphere, is present in the form of diatomic molecules. The molecules are linked to each other via triple covalent bonds. These bonds are very strong and difficult to break. The catalyst helps break these bonds between nitrogen molecules and also adsorbs nitrogen and hydrogen on its surface.

The original Haber-Bosch process made use of osmium as the catalyst. However, osmium is not readily available. Most modern versions of the Haber-Bosch process use an iron catalyst instead. Iron with promoters like KOH, K2O, Mo, and Al2O3 provide a perfectly porous and high surface area material for the reaction.

At the beginning of the reaction, the amount of nitrogen and hydrogen is greater, so the reaction produces ammonia at a high speed. As the concentration of the two reactants decreases, the conversion rate drops. A point is soon reached when the amount of ammonia being produced and the speed at which ammonia decomposes becomes equal. This state is called chemical equilibrium. 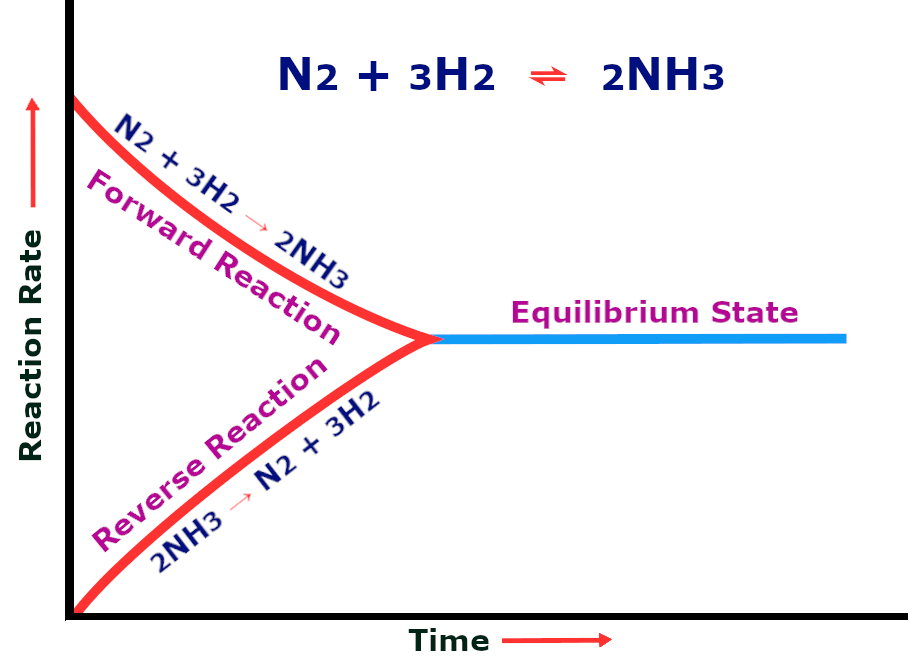 At this point, no more ammonia is being produced. In order to continue the production of ammonia and disrupt the equilibrium, the pressure is increased. According to Le Chatelier’s principle, “If you increase the pressure of a system, it will respond by favoring the reaction that produces the fewer number of molecules and helps decrease pressure”

Why is the Haber -Bosch process so important?

The Haber-Bosch process is critical for two reasons: Firstly, the process allows us to use the extensive amount of nitrogen available in the atmosphere. Second, the end product of the process has fed and continues to help feed more than half of the global population. I’ll explain that after we have a look at how plants prepare food and why nitrogen is essential for that process.

Why do plants require nitrogen?

Plants prepare food through a process called photosynthesis. Chlorophyll, the pigment responsible for the green color of plants, helps them absorb energy from sunlight and perform the photosynthesis reaction. One of the vital components of the chlorophyll compound is nitrogen. Thus, a lack of nitrogen means no photosynthetic reactions. Even though nitrogen is one of the most abundant elements on Earth, nitrogen deficiency is a common occurrence in plants. 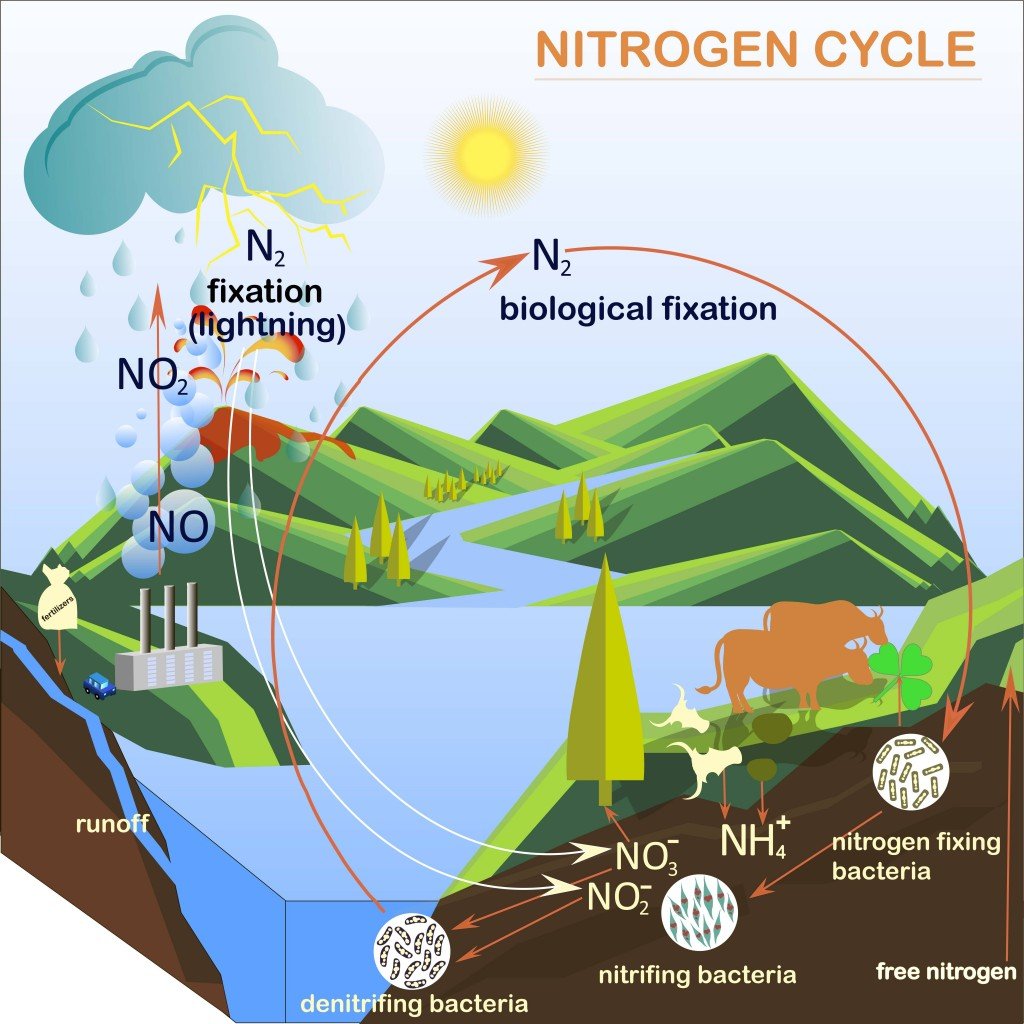 The natural conversion of nitrogen molecules to useable nitrogen (ammonia or oxides of nitrogen) is called the Nitrogen cycle. (Photo Credit : danylyukk1/ Shutterstock)

The amount of nitrogen that is naturally fixed is very low, and the process is very slow. Farmers in the 1900s therefore had to employ agriculture techniques like crop rotation or use cow dung as fertilizer to be able to grow plants at a decent rate.

Impact of the Haber-Bosch process on food production

The development of the Haber-Bosch process helped us convert nitrogen into forms that are far more useful to mankind in larger quantities and with greater speed. Thus, synthetic fertilizers containing ammonia could be easily produced and used to boost plant growth.

However, fertilizers are only one of the products derived from ammonia. Other uses of ammonia include its use as a refrigerant, in the production of explosives, nylon/plastic production and much more.

Still curious why Haber and Bosch deserved Nobel Prizes for inventing the process? Try putting food on the plates of half the global population and you might win one too!