What did one chemist say to another when he found him aggrieved? “Why are you sodium distressed? I think you’re over-reacting!” See what I did there? Sometimes I wonder why – despite my hilarity – I find it really hard to make friends…

Anyway, other than my poor grades, the first thing that comes to mind when I think of chemistry is lab coats, oddly shaped vessels, as if reflections from carnival mirrors, and blazing explosions. Every now and then, somebody mumbles “reaction” or “reactivity”, terms so ubiquitous that you’ll find them infiltrating chemistry books to their very last page. This is exactly what we’re concerned with right now. 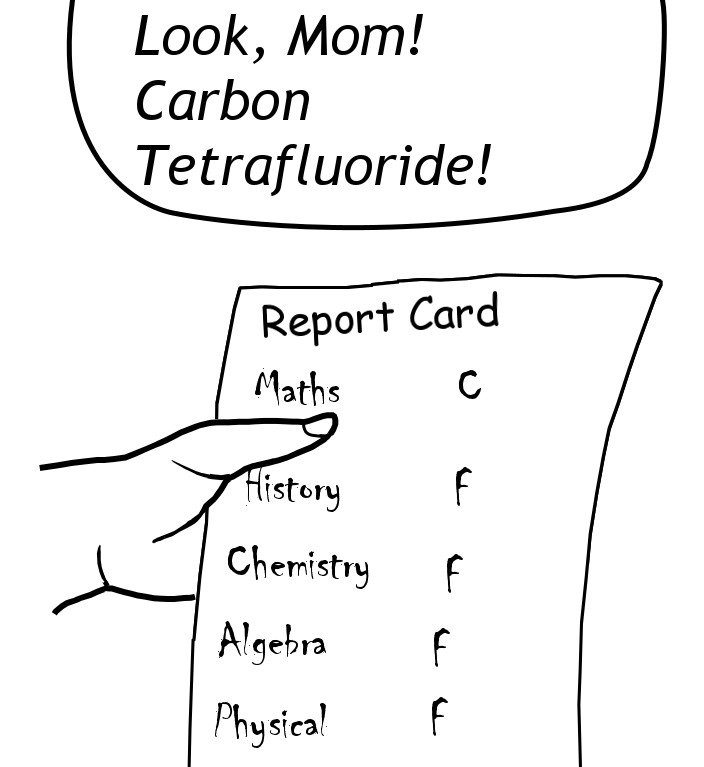 Devoid of any technical jargon, a “reaction” is exactly what it means, a response. Reactivity, on the other hand, can be defined as the measure of how readily a chemical species will participate in a reaction and form chemical bonds. So, the question becomes – which element is the easiest to incite? But first…

What Determines Reactivity Of An Element?

The purpose of this trade is to attain stability, an optimal configuration of electrons, which is achieved when either an element’s valence (outermost) shell is completely filled or emptied. Basically, an element can buy more electrons to fill its penultimate shell or sell them to empty it. 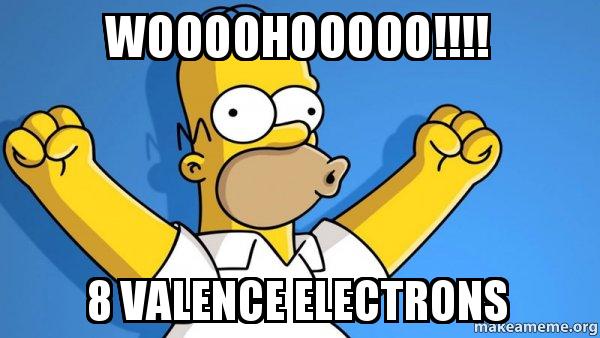 The fewer the electrons involved, the lesser the energy expense. Anyone who’s familiar with nature’s parsimonious way of functioning will guess that trades requiring the least amount of energy are the ones that are most likely to occur. This makes sense, as an element would prefer to lose electrons and render itself empty if its outermost shell is less than half-filled, or gain some to fill itself, if it is more than half-filled. Buying six when you can simply lose two would be outright foolish, but more importantly, expensive!

Thus, reactivity is a function of how easily an element loses or gains electrons.

How Do We Estimate An Element’s Incentives?

The Periodic Table And Its “Trends”

How do we find out whether an element is a buyer or seller? We refer to the periodic table.

The periodic table is a reminder that scientists are borderline OCD and cannot help but organize everything in an extremely neat and ordered way. The periodic table organizes every element we know of in a collocated manner.

The table arranges elements according to their atomic number, which is same as the number of protons or electrons they encompass. (Isn’t it weird that they tend to be exactly the same?) 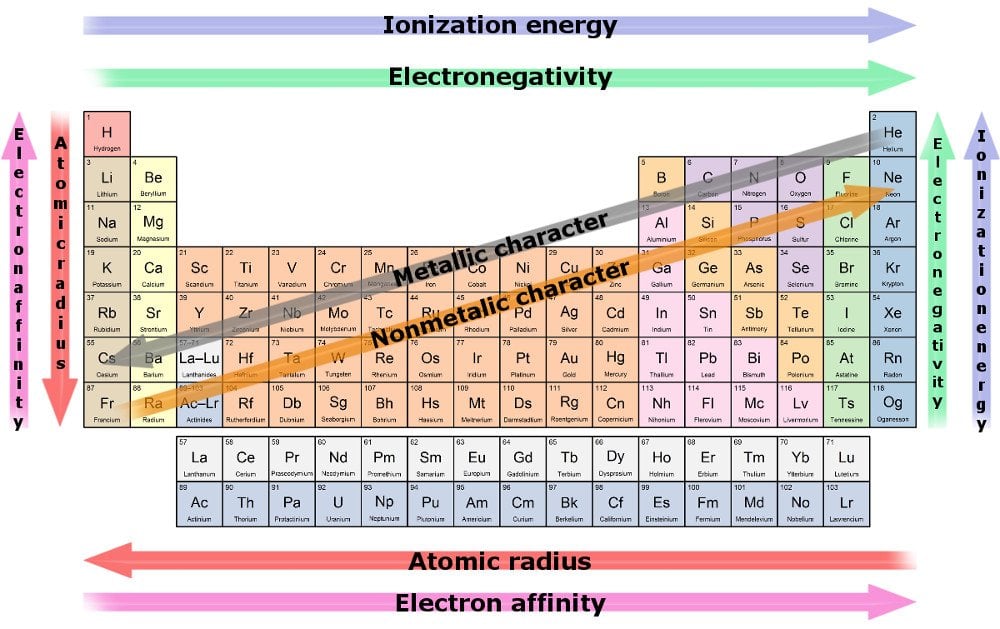 A consequence of this trend is that atomic radius decreases as we move towards a row’s last resident. The reason being, the increase in electrons is being mirrored by the increase in protons in the center, whereas the former must cram into the same shell. In the tug-o’-war between the pulling protons and the incrementing electrons, the former wins, resulting in a greater nuclear attraction, pulling all its shells closer to it.

Therefore, due to a strong pull of attraction, an element is more likely to buy or gain electrons as we move along a row. The measure of an element’s ability to pull electrons towards it is known as electronegativity. The most electro-negative element is the likeliest to steal electrons and react the quickest.

Another trend is the increase in the radius of elements as we move down a column, while the number of valence electrons remains the same, even though the atomic number keeps increasing. This is because the increase in electrons is paralleled by an increase in shells. Heavy metals have an increased radius, especially those on the utmost bottom. They illustrate the poorest nuclear attraction and consequently have a poor hold on their outermost electrons.

Also Read: What Are Noble Metals? 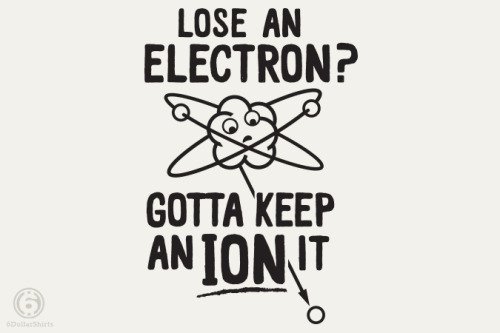 The measure of an element’s ability to lose electrons is known as electro-positivity, and it increases as we move down a column. Again, the most electropositive element is the one most likely to give up its electrons and react the quickest.

Now that we know the rules, let’s reveal the winners.

Fluorine is the first element in the halogen group. It’s a pale yellow, diatomic, highly corrosive, flammable gas with a pungent odor. Its atomic number is 9, and has a jam-packed 7 electrons in its valence shell. Moreover, it resides in the second row, which implies that all its 9 electrons are somehow crammed into only 2 shells.

A 7-electron valence shell requires it to gain only a single electron to complete its final shell and achieve stability, which isn’t a big feat when you consider its small size and vigorous nuclear pull. Fluorine is identified as the most electronegative element in the periodic table, making it the strongest oxidizing agent. It is the most reactive non-metal. 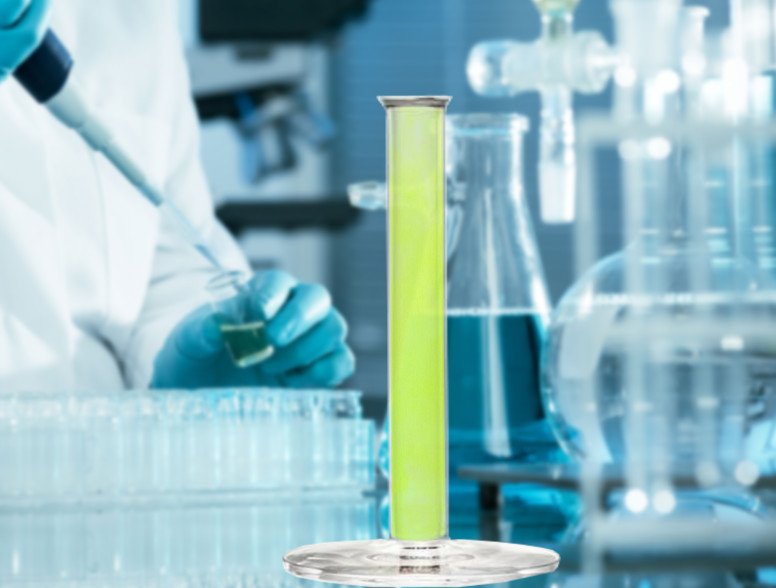 Fluorine is so reactive that it can burn substances that one would generally think of as non-flammable! It can burn glass, water and even sand! Its promiscuity makes it impossible to store or isolate it in its purest form. Due to its feral reactivity, its early history of isolation and experimentation is filled with fatal accidents. Yes… fatal.

Caesium is a gold-colored metal that reacts explosively with air and water. Its atomic number is 55. Caesium resides in the first column and the second to last row. As we’ve discussed, the radius of an element so low in the column is pretty large compared to the elements above. 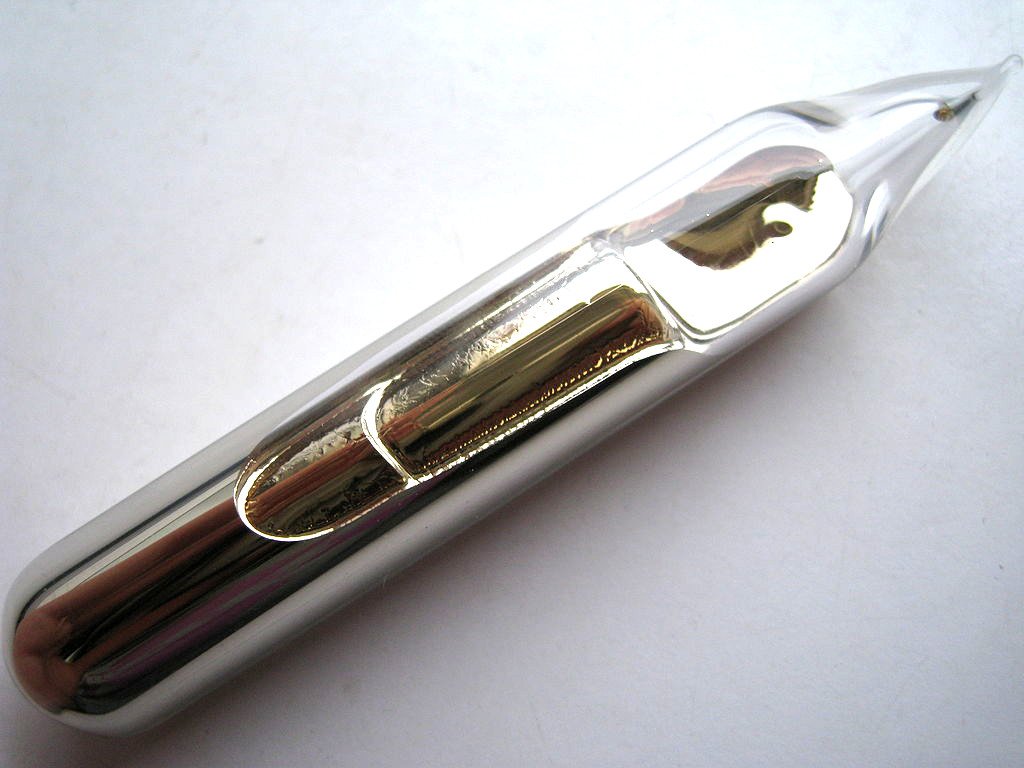 The large radius renders its nuclear pull ineffective and makes it awfully clumsy. Its large size makes it highly susceptible to ionization. It is highly acquiescent and readily gives up the single electron in its valence shell to attain stability, making it highly reactive. Caesium is the most reactive metal in the periodic table, so much that working with this metal often ends in explosions!

Francium is the last element in the first column, sitting just beneath Caesium, making it the largest atom in the column. Logically, one would deduce that Francium must possess a superior reactivity compared to Caesium, but this isn’t the case.

It is estimated that there is no more than one ounce of it in Earth’s crust at a time. Since it is so scarce naturally, scientists must produce it in order to study it. 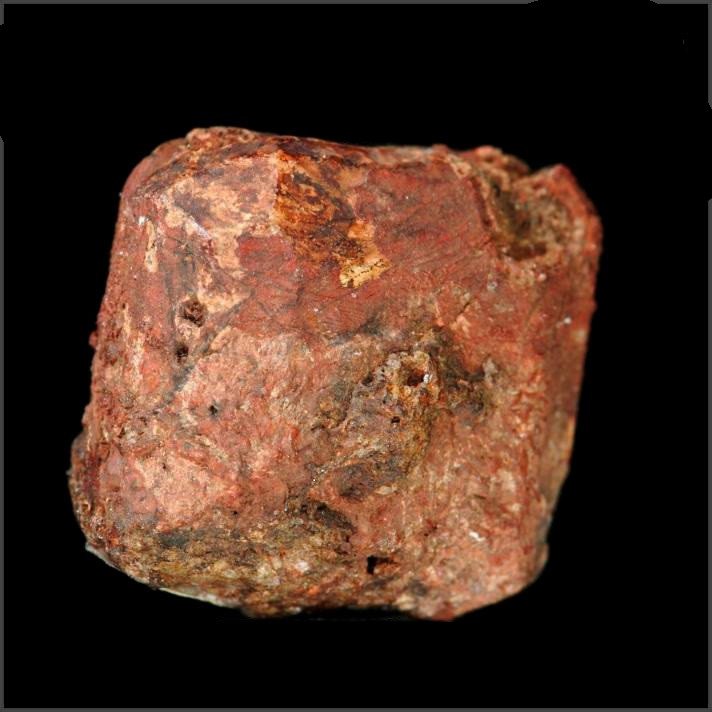 However, even when it is somehow isolated, it doesn’t last very long. Francium is radioactive in nature, having a half-life of only 22 minutes, so it decays before its gets a chance to react! Moreover, the presence of so many protons causes its electrons to move around at incredibly high speeds. As Einstein realized, at scales so small and speeds so high, strange things begin to occur — the electrons snuggle a little closer to the nucleus than one would logically expect, making them slightly harder to get rid of.

So, it seems that Francium is the most reactive element, alas theoretically.

You might have noticed that the two elements deemed to be the most reactive are winners only in their specific categories — metals and non-metals. Sorry to be a buzzkill, but there is no definitive answer to who-is-the-most-reactive-element-amongst-all, because it takes two to tango.

The term reactivity is often notoriously misinterpreted. The question is ambiguous, and somewhat incomplete, as this article hopefully shows.

How much do you know about the most reactive metal?