You surely know about the circulatory system in our body, and we have spoken extensively about blood and its components in another article, but did you know that there are actually two circulatory systems in our bodies? The first one is generally considered more important—our blood vascular system—but the other one is the lymphatic system. The vascular system is essential for the sustenance of life, but even though the lymphatic system is often given second-class status, it is also extremely crucial for our survival and health!

How Is The Lymphatic System Different From The Blood Vascular System?

Although the lymphatic system and the blood vascular system share a lot in terms of structure, function and anatomy, they each play very distinct roles in our bodies. While the blood circulatory system transports blood, nutrition and oxygen to tissues, the lymphatic system transports lymph—an interstitial fluid rich in proteins, lipids and immune cells. The blood system is generally a “closed” circulatory system, with the starting and ending point of this transport channel being the heart, i.e., blood is pumped out of the heart through the arteries, arterioles, capillaries, venules and veins, and ultimately returns to the heart. On the other hand, the lymphatic system is more of a blunt-ended “linear” system, in which lymph is transported from the interstitial tissue spaces to the lymphatic capillaries, and then on to thicker lymphatic vessels embedded with lymph nodes; the lymph is eventually returned to blood circulation via the thoracic or lymphatic duct. 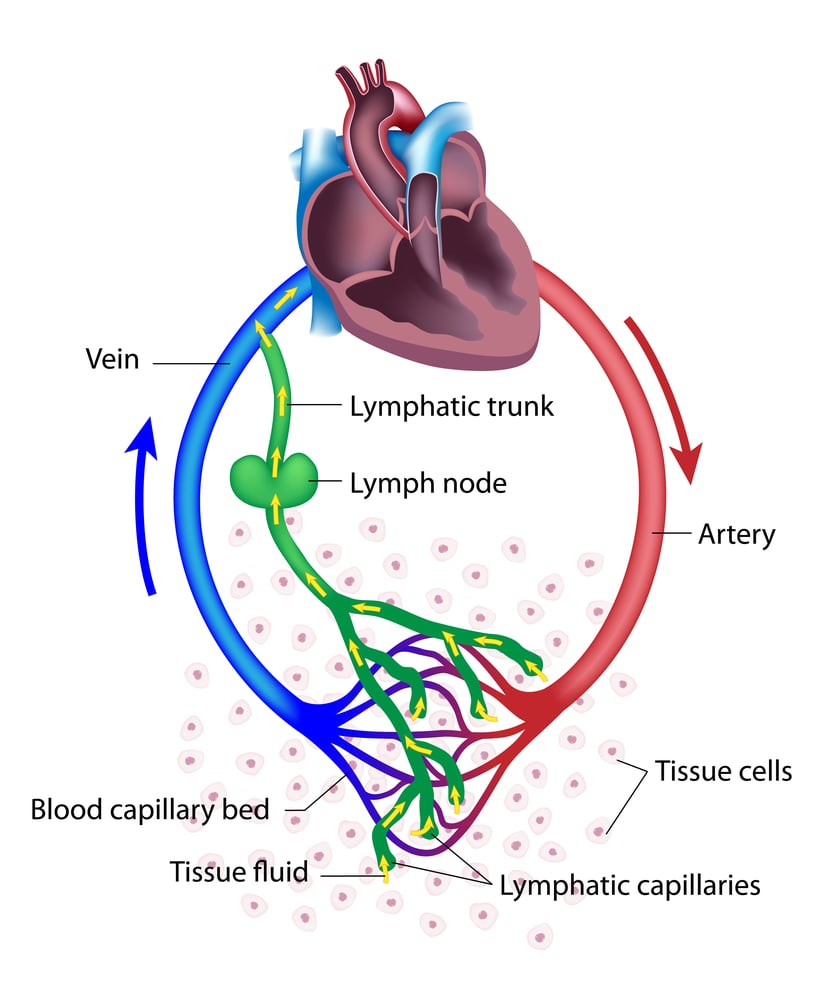 There are a number of other differences between the two systems that will become apparent as we dig deeper into the lymphatic system.

Formation and function of lymph Also Read: What’s The Difference Between Blood And Lymph?

Getting back to the basics, the lymphatic system runs parallel to the blood system. The blood system transports oxygen and nutrition to tissues; however, at the capillary level, there simultaneously happens to be a net leakage of fluid outward to the interstitial spaces between tissues. This leakage of fluid takes place because the walls of blood capillaries are leaky, which allows permeation of the aqueous component of blood, along with some proteins. This leakage also serves an important function of hydration and nutrition for the interstitial tissues. Now, this fluid that has leaked out needs to be returned to blood circulation in order to maintain fluid balance in our body, which is where the lymphatic nodes and vessels come into play. Lymph consists of 96% water and 4% solids; these solids include organic substances like proteins, lipids, carbohydrates, amino acids, urea and creatinine, as well as inorganic substances and cellular contents like lymphocytes, monocytes, macrophages, and plasma cells. Some of the important functions of lymph include: 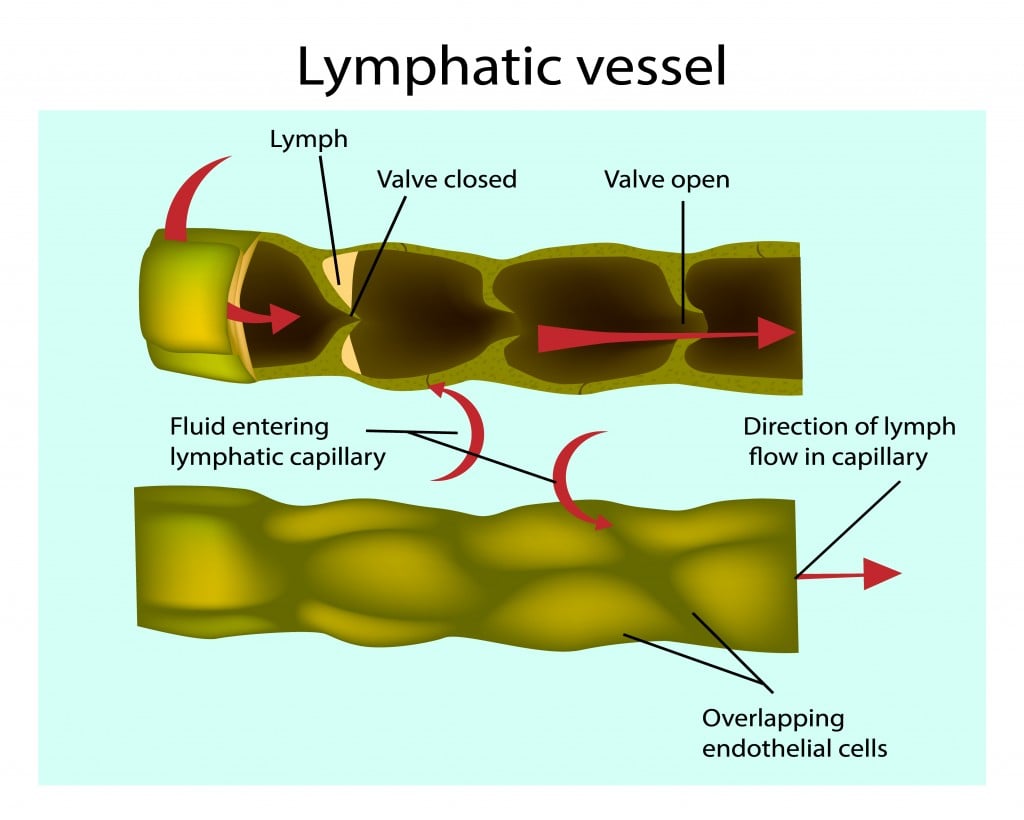 A crucial part of the lymphatic system are the vessels that actually do the job of transporting the fluid in question–lymph! Lymph is first collected by the lymph capillaries, which contain valves that help in maintaining a unidirectional flow of lymph. The lymph capillaries are lined by endothelial cells and are slightly more porous and permeable than blood capillaries. These capillaries unite to form larger lymph vessels, which ultimately form the right lymphatic duct and thoracic duct. The thoracic duct drains lymph from roughly two-thirds of the tissue spaces of the body and opens into the left subclavian vein, while the right lymphatic duct drains into the right subclavian vein. Lymphatic vessels are present in almost all regions of the body, barring a few places like the cornea, bones, lung alveoli, central nervous system and superficial layers of the skin.

Lymph nodes or lymph glands are small glandular structures located along the lymph vessels in the regions of the elbow, axilla, knee and groin. Lymph nodes are also commonly found in certain regions of the abdomen, thorax and neck. Structurally, lymph nodes are made of lymphatic tissue and are covered by a dense connective tissue capsule. Each lymph node consists of a cortex, paracortex and medulla.