The excretory system is a system of organs that eliminates waste products from the body. The system consists of the kidneys, ureters, bladder, and urethra. The kidneys filter the blood and remove waste products and excess water from the body in the form of urine. The ureters carry urine from the kidneys to the bladder. The bladder stores urine until it is full and then expels it through the urethra.

Our kidneys are the organs responsible for the production of urine. We have a pair of kidneys located in our abdomen. The right kidney is slightly lower than the left one, so as to accommodate the liver. The kidneys can structurally be divided into 2 regions – an outer cortex and an inner medulla. The cortex is lighter in color than the medulla. The basic functional unit of the kidneys are the nephrons. Each kidney has over one million nephrons, which carry out the process of forming urine. 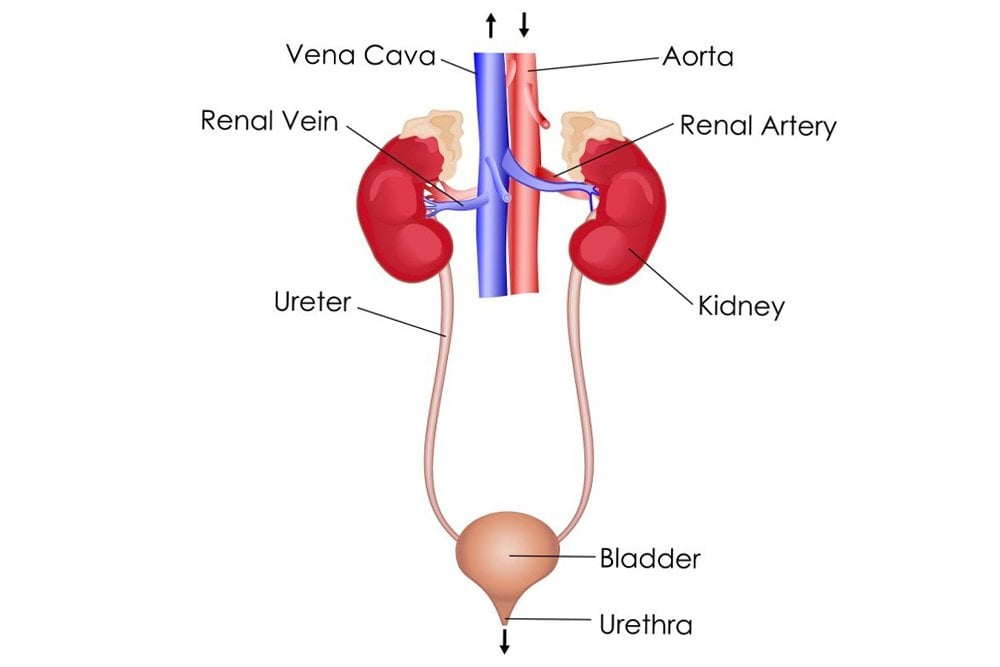 Also Read: What Happens When One Or Both Kidneys Are Removed?

The Bowman’s Capsule then leads down a tubule known as the proximal convoluted tubule (PCT), followed by the Loop of Henle, and then the distal convoluted tubule (DCT). These 3 parts of the nephron are responsible for the reabsorption of water and other salts back into the blood. This is controlled by the amount of water in the blood stream and by the endocrine system. Enzymes like ADH (anti-diuretic hormone) play a role in deciding the amount of water that is reabsorbed back into the bloodstream.

DCT leads to the collecting ducts, which collect all the urine. No reabsorption of substances takes place here, as they merely facilitate the transfer of the formed urine. Most parts of the nephrons are located in the cortex, while the Loop of Henle descends into the medulla before entering the cortex once again. 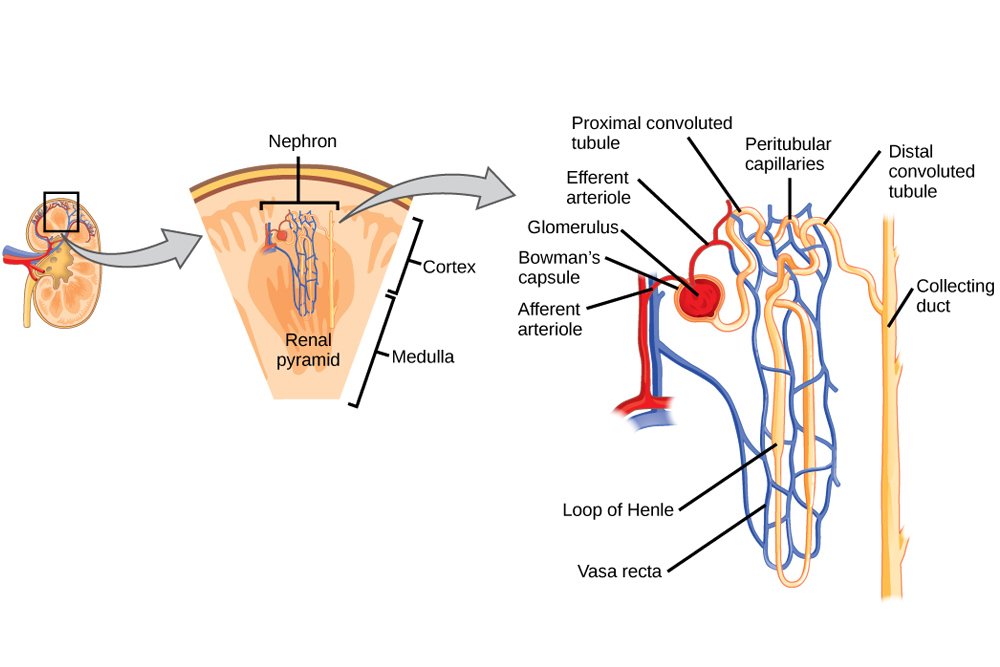 The collecting ducts eventually empty into a vessel that forms the ureter. This exits the kidney from a point known as the hilum. The ureters carry the urine formed to the urinary bladder, which is a sac-like structure used for the storage of urine. This leads to the urethra, which is the tube connecting the bladder to the external environment of the body.

Also Read: What Is The Lymphatic System?

Sphincter muscles are ring-shaped muscles located at the junction of the bladder and the urethra. These give us control over our micturating (the act of expelling urine)