Every now and then, you have a bad day at the office/college when time just doesn’t seem to move and the day drags on and on. Finally when the torturous hours ends, you’re exhausted as hell. You’re certainly in no mood to hear random people babbling about their problems during your commute back home, so in order to unwind and get some energy back, you decide to take out your earphones, pump up that music, and shut out the world.

However, it happens to be the day when the entire universe is conspiring against you. As you take out the earphones from your bag, you realize that they have somehow tangled themselves into a tight knot! You haven’t touched them all day, and they were perfectly normal this morning, but now they’ve managed to become an inextricable mess. 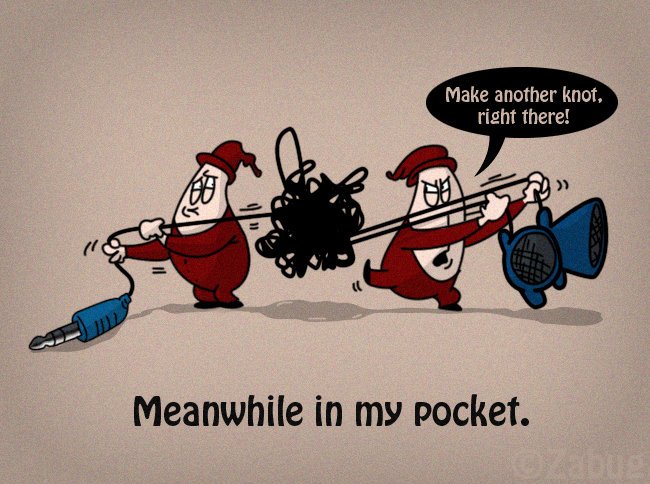 Tangled earphones have become an everyday problem. Ask any teenager; they can handle bad grades, break-ups and lectures from parents, but when their earphones get tangled, they seem to go crazy and lose their minds. These miniature music-makers seem to have minds of their own. The most frustrating part is that no one knows how the earphones get tangled all by themselves. You put your earphones perfectly in the bag and they come out transformed and unusable. Don’t even think about putting them in your jeans pocket, the tangled mess you’ll remove will take you ages to unravel. Most people can solve a Rubix cube faster than they can untangle their earphones. 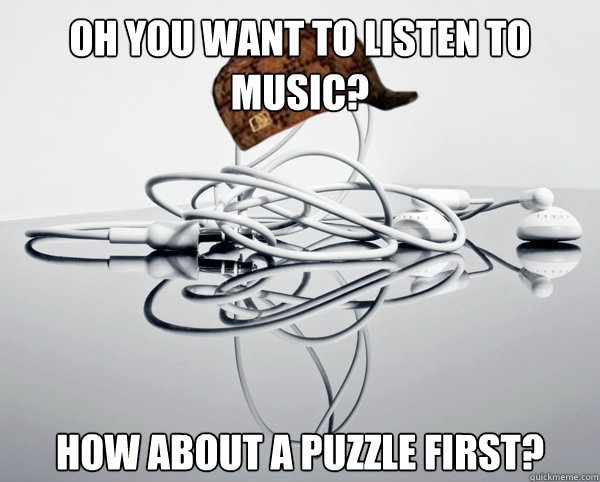 This may sound ludicrous, but scientists consider the problem of earphones very seriously. Granted, their interest isn’t solely due to their desire to listen to music, but rather because of a mathematical theory known as the knot theory, the purpose of which is to figure out how on earth random things get tangled all by themselves.

Knot theory was developed in the 1800s, long before earphones were invented, and since then, scientists have been fascinated by this unexplained phenomenon, as it applies to cables, shoelaces, wires etc. They all seem to want to be tangled. 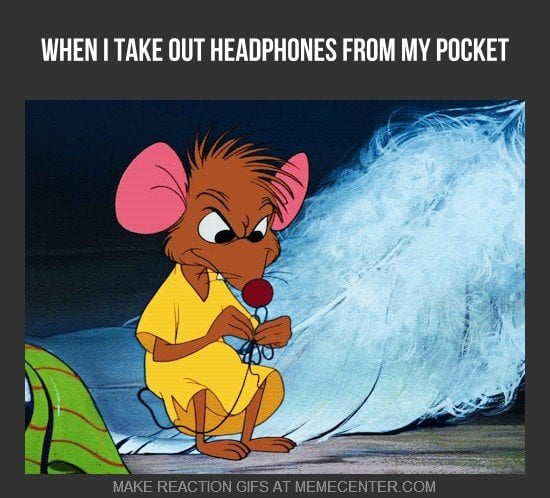 It was the year 2007 when two physicists decided to take a fresh look at this modern-day problem. Physicist Douglas Smith and his then-undergraduate student Dorian Raymer performed experiments by placing a string into a box before tumbling the box for about 10 seconds. They performed this experiment roughly 3,000 times with strings of different length, boxes of different size, and varying rotation rates of tumbling.

They applied the famous knot theory to their results and published their study in the paper: “The spontaneous knot of an agitated string”. In the study, they found that almost 50% of the time, the string would form a knot by itself.

Length Of The String 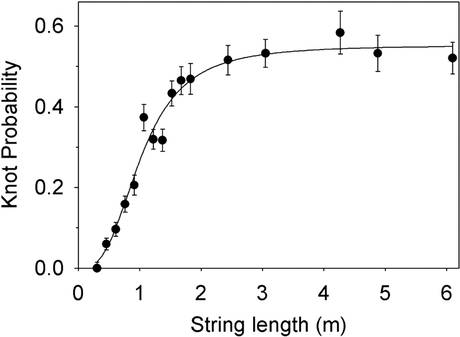 It doesn’t take much time for a neatly placed string to get into an awful mess inside a box. As shown in the diagram, all it takes is one end of a string crossing the other end twice to form a spontaneous knot. 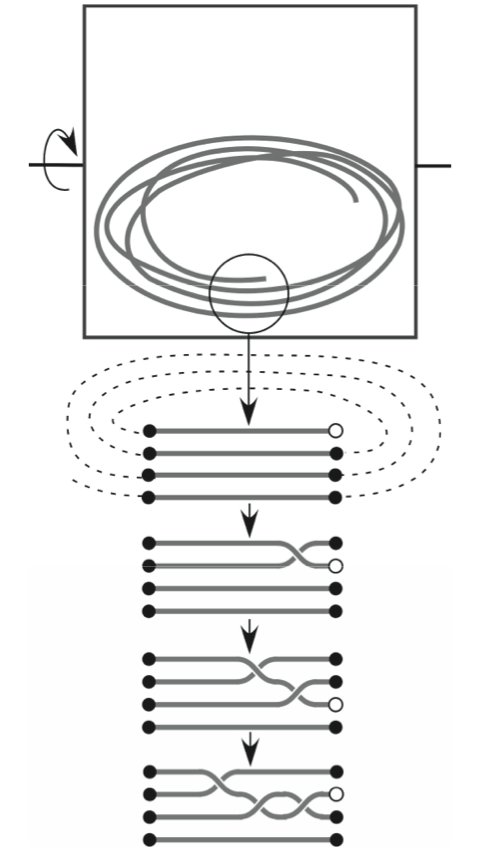 In short, scientists are saying that there is nothing you can do to prevent your earphones from getting tangled up when you put them in your pocket. It’s all a matter of luck, unless you neatly fold the earphone into a box provided by the manufacturer (my personal research suggests that NO ONE does this).

Basically, it’s just a daily problem that we all have to face…oh, the struggles of modern life. At least now you know why your earphones seem to hate you, but that doesn’t make it any less annoying! 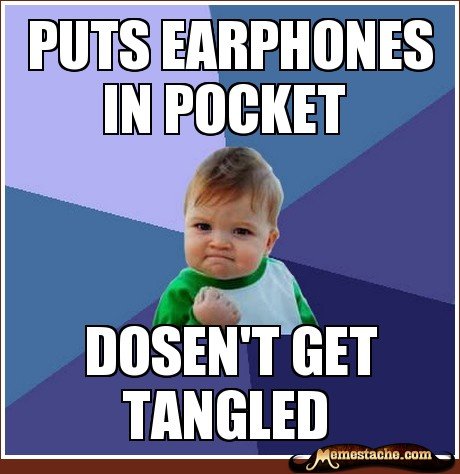 As I always say, life is like a tangled earphone in your pocket; in order to enjoy all the music of life, you have to patiently untangle yourself, otherwise you’re just as messed up as a tangled bit of wire.