Knitting is a rudimentary technology/skill that has been around for more than a thousand years. It enables the engineering of 3D objects with desirable stretchiness. The fundamental framework of understanding knitted structures paved the way for thread-based smart fabrics.

Knitting is an ancient craft of manufacturing used across the world, though the exact origins are unknown. Some of the oldest knitted specimens date to the 11th century AD in Egypt, and were made from cotton fibers, not wool. The process of knitting basically involves the continuous interlinkage of loops of yarn with the help of needles.

Most recently, knitting has found its way into the research world so that physicists can untangle the science behind the art form. What may seem like a fairly simple technique of using needles to create a knitted fabric is actually an application of the Knot theory (an aspect of highly complex mathematics). 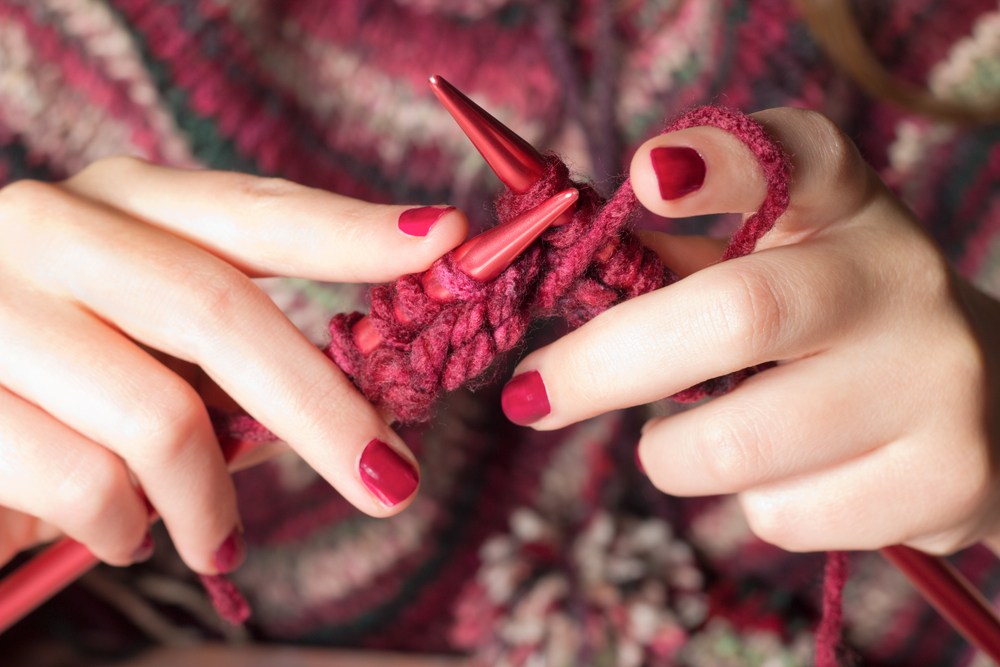 Knitting can help those who suffer from anxiety or depression. This craft acts as a natural anti-depressant. (Photo Credit : littlenySTOCK/Shutterstock)

Knitters spend a lot of time planning out their desired patterns. It’s an impressive task to create a three-dimensional, well-structured object from a one-dimensional string of yarn that fits a particular shape with all the desired properties. Believe it or not, there is a lot of profound empirical knowledge and complex engineering involved in knitting. According to a branch of mathematics that studies Knot theory, a knot is defined as a tangled circle, enclosed with crossings that are impossible to untangle. Therefore, a knitted stitch is an interlocking network of slipknots, repeating themselves back to back. A simple loop of a circle is known as an unknot. The knitted fabrics that make up scarves and socks show completely different properties than their individual strands of yarn. The fabrics are very elastic and stretchable—to roughly twice their length— whereas a length of yarn is not at all stretchy. 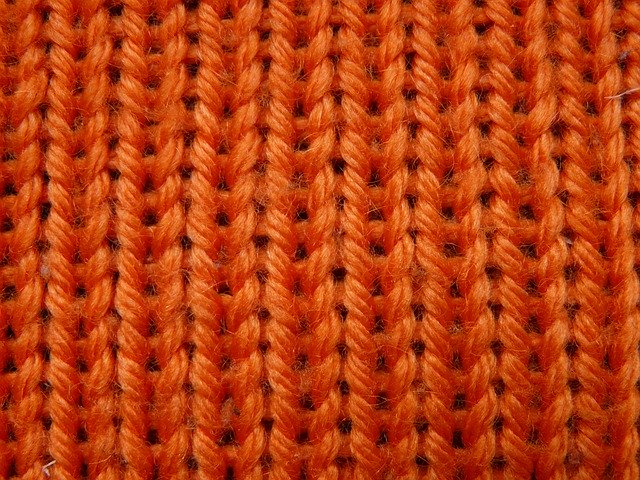 Physicists are trying to decode this knitting configuration, where different combinations of knits and purls vary the degree of elasticity. Knitted fabric is considered to be a type of metamaterial (artificially engineered material that acquires its properties from designed structures, not from the base material), whose elasticity is an emergent property.

Also Read: Can Smart Clothing Be Converted Into Wearable Apparel? 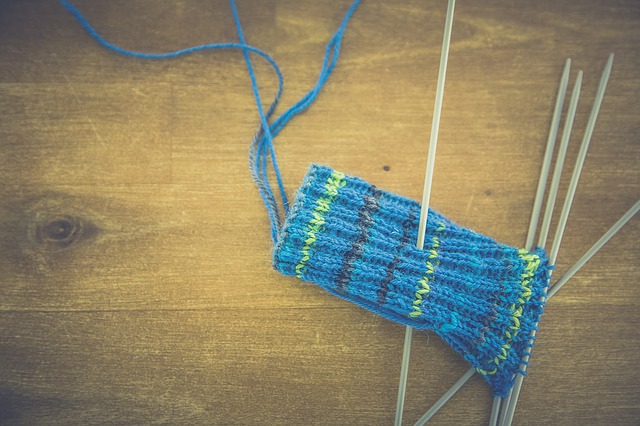 Knitted fabric is a metamaterial. An individual strand of yarn is inelastic, but when configured into slipknots, the elasticity increases (Photo Credit : Pixabay)

The arrangement of the strands of yarn at an intermediate scale determines the macro-scale characteristics of the resulting fabric. The periodicity of the looping stitches is fundamentally attained by repeating the same unit structure many times. In terms of practicality, this mathematical theory involved in knitting could help engineers develop artificial tissues, e-textiles and even aerodynamic lineations. All of these can be modified to absorb and eventually store the kinetic energy produced by the weaver’s movements. A lot of math and material science is involved in the making of textiles, although it is usually taken for granted. 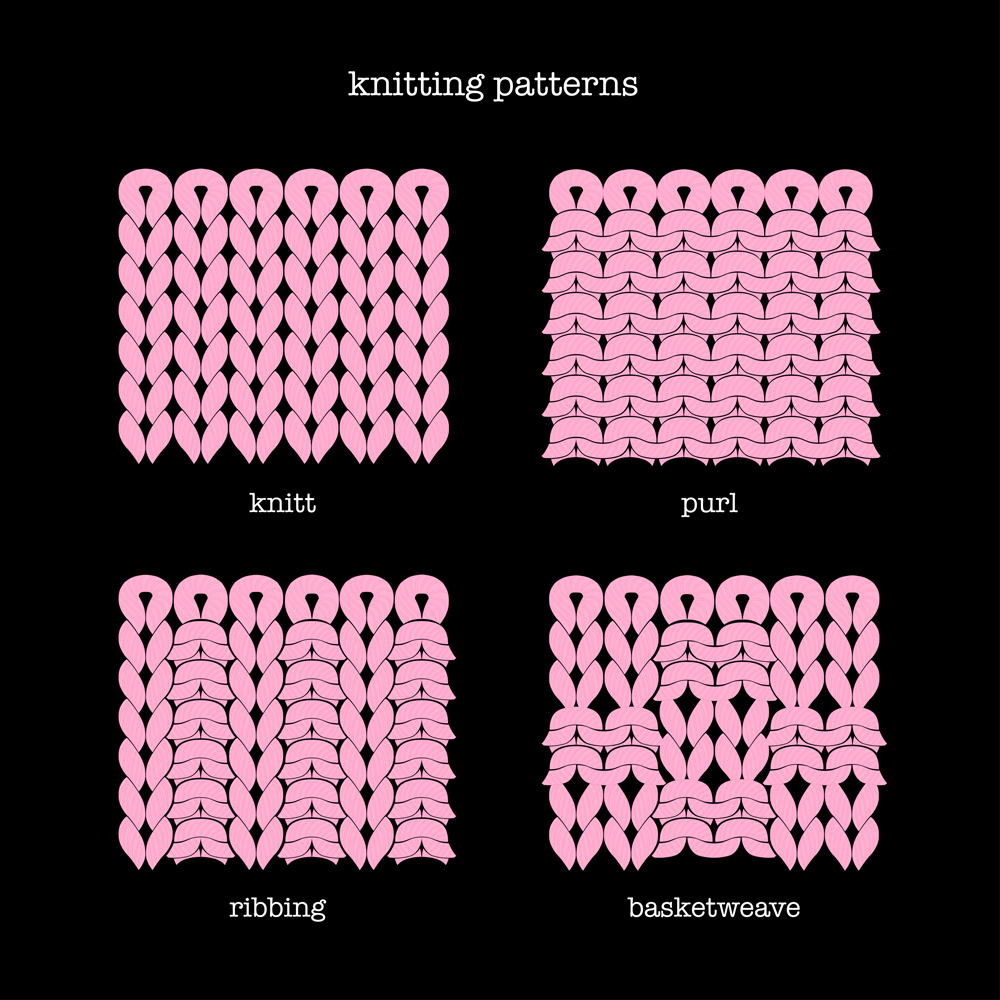 Knitting fabrics are based on different knitting patterns made from knits, purls and their various combinations. All are periodic in structure- each unit cell repeating itself (Photo Credit : prodepran/Shutterstock)

Many physicists have begun to delve through the complex mathematics to encode the mechanics involved in the knit patterns. Geometrical models focus on the geometry of the stitches and the dimensional properties of the resulting fabric. They manipulate the parameter of each stitch before the crossing of yarns. On the contrary, mechanical models bear in mind both the elasticity of yarn and the topology of the resulting fabric structure. One of the simplest home-based knitting machine models takes instructions from a set of punch cards. A ‘coding language’ is therefore established, similar to a language used for early computers. The stitch patterns provide certain programmable codes for the geometry and elasticity that are more complex than the binary (0’s and 1’s) number system. The simplicity of the model allows the researchers to design knitted structures with variable shapes and properties.

Also Read: Why Do Clothes Shrink When You Wash Them?

It all comes down to two major factors: the extent of the bendiness of yarn and the length of the yarn. The primary source of the stretchiness of the fabric arises from yarn elasticity and periodic looping stitches. The elastic energy of the yarn depends on the amount of deformation in the knit. As the yarn bends, it stretches and loses a large amount of energy. As the dimension of the stitch gets smaller, the bending energy increases, providing a relationship between the energy and the interlinking parameters. The stitches do not shrink, as the diameter of the yarn is fixed. However, a constraint is imposed when the yarn becomes inextensible.

The physics behind this unexpected field is fascinating, and more research is needed to realize the full potential of knitting. By applying a simple set of differential equations and algorithms of knot theory, one can study knitted fabric behavior in-depth, which in turn could be put into physics engines for movies or computer game graphics. The elasticity of knits could also be helpful in finding direct applications in architecture (additive manufacturing—one layer at a time) and soft robotics. All we need to do is crack the code… from there, the possibilities seem endless!