Water evaporates from water bodies to form water vapor, a process that has been happening since water first appeared on Earth. These vapors then condense and form a large water droplet. This droplet precipitates when it becomes too heavy due to the effect of gravity. Thus occurs the phenomenon of rainfall. Humans have a history of messing with natural processes, so unsurprisingly, we have discovered a way to manipulate the amount of rain that falls, and can even alter some other weather events, such as hail and fog.

What is Cloud Seeding?

Cloud seeding is a form of weather modification that changes the amount or type of precipitation that falls from clouds by dispersing substances into the air that serve as nuclei around which ice crystals are formed. The most common use of this technique is to increase precipitation (rain or snow), but hail and fog suppression are also within the domain of possible uses.

The most common chemicals used for cloud seeding include Silver Iodide (AgI), Potassium Iodide (KI) and dry ice (solid Carbon Dioxide (CO2). Liquid Propane (C3H8) expands into a gas at low pressures and has also been used with promising results. After rigorous research, the use of materials that absorb moisture from the air (hygroscopic), such as table salt, is becoming more popular. 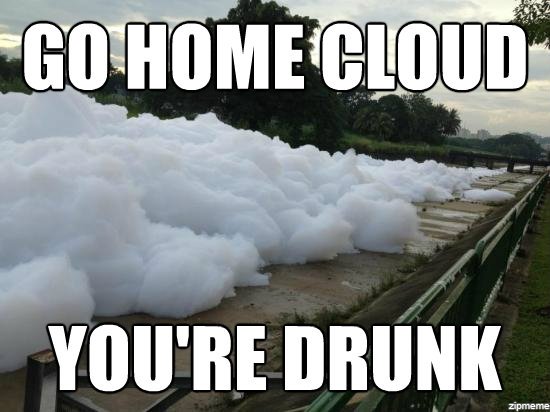 One of the major uses of Cloud Seeding is rain inhibition

Cloud seeding chemicals may be dispersed by aircrafts or by dispersion devices located on the ground. For release by aircraft, Silver Iodide flares are ignited and dispersed when an aircraft flies through the inflow of a cloud. In the case of ground dispersion, generators or canisters fired from anti-aircraft guns or rockets are generally used to spread the particles. The fine particles are then carried downwind and upward by air currents after they are released.

Why Do We Seed Clouds?

The most common application of cloud seeding is to increase precipitation, which is possible with both warm and cold clouds. While it is theoretically possible to seed such clouds using ground-based equipment, targeting this cloud formation from aircraft is much more efficient and accurate. The seeding agents can produce ice at significantly warmer temperatures than compared to the natural process. 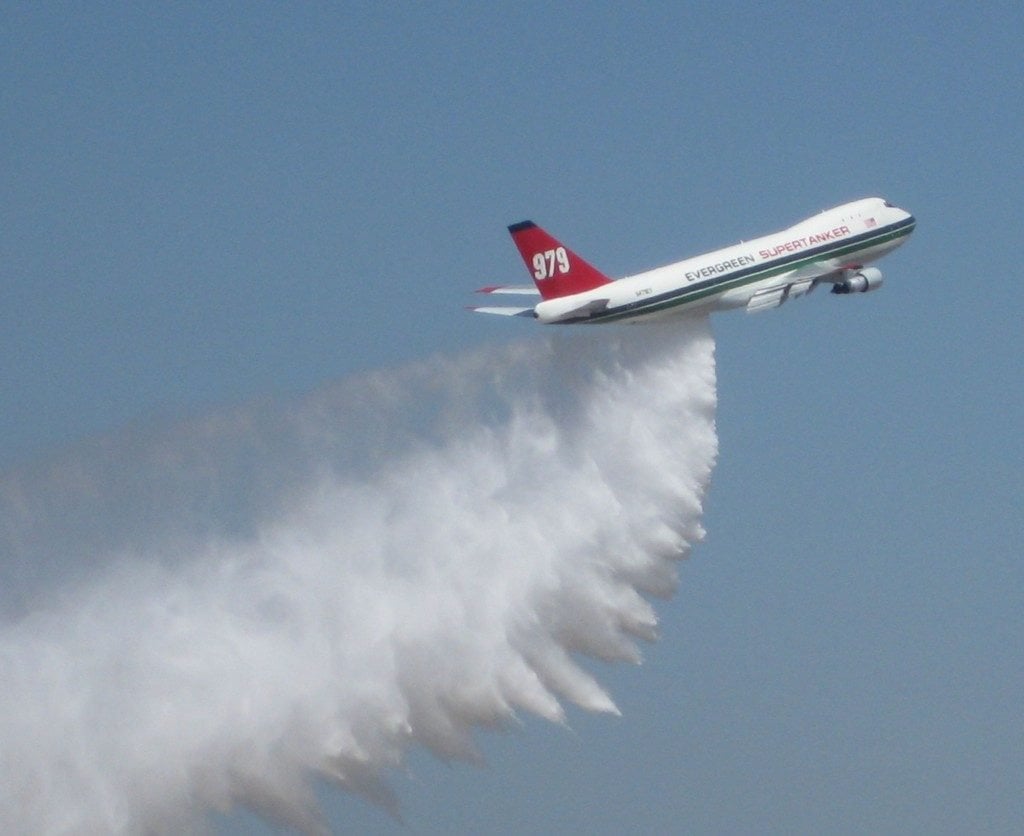 When clouds do not grow tall and cold enough to produce precipitation through the process of ice crystal growth (that occurs in mixed-phase clouds), it may be possible to stimulate precipitation by seeding these warm clouds with hygroscopic (water-absorbing) seeding agents. This approach can be quite successful through stimulation of the warm cloud precipitation processes. Hygroscopic seeding is normally done from aircraft flying below clouds in order to affect the initial cloud droplet development that occurs in this zone.

Cloud seeding can be used as a tool to help reduce the damage caused by hailstorms and protect crop yields, homes and other property. Since hail in itself is ice that is produced only by intense clouds, it is certain that such clouds are cold enough to be easily affected by seeding techniques that use the formation of ice crystals, rather than hygroscopic seeding techniques. However, if the majority of the droplets freeze into large numbers of small particles, rather than a smaller number of large particles, the intensity of a hailstorm can be reduced. The ice that does precipitate may melt as it falls through the warm layer of the atmosphere. In cases where it doesn’t, it will reach the surface as much smaller chunks of ice that do far less damage. 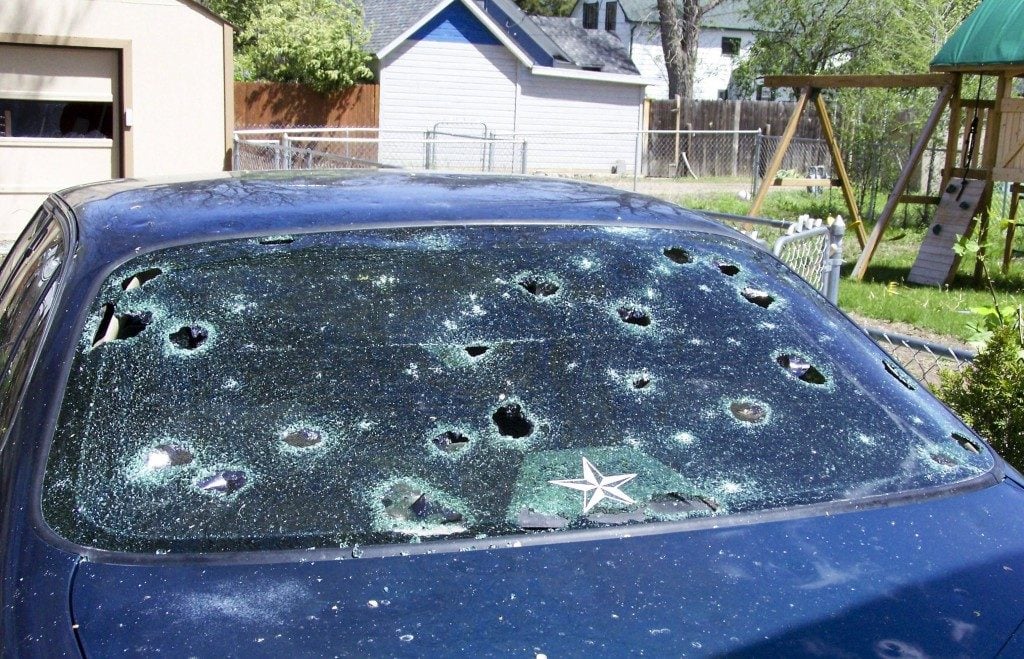 Hail Damage to a Car. Source-propertycasualty360.com

Another useful application for cloud seeding is the treatment of ground-based clouds, also known as fog. Fog made up of small water droplets can be inhibited by the formation of ice crystals. Cloud seeding for this can be done at ground level, as well as in air. The choice between the two will depend on various characteristics, such as local infrastructure, topography and wind.

Fog – The Earth’s own personal blanket.

We are spraying Silver Iodide in the atmosphere, which would seem to be a health hazard, since it contains silver and can be dangerous when inhaled. However, the conversion of Silver iodide to silver in this situation is very low, at roughly one percent of industry emissions. There is an ongoing debate as to whether we should increase the amount of silver in the atmosphere. However, considering that people are dying due to droughts, if increasing the suspended metal concentration (compared to industrial emissions) can change that, then cloud seeding is a viable option, or rather, the only option thus far.

Cloud seeding, in spite of being thoroughly explained theoretically, has had some difficulty in being implemented. According to some scientists, you can squeeze out a little more snow or rain in some places under certain conditions, but that’s quite different from a program claiming to reliably increase precipitation on a larger scale. It’s hard to tell for sure that this technique is efficient, because experiments related to weather and climate are very difficult to carry out.

So, if precipitation increases in some areas, we cannot say for certain that the precipitation would have been lower had the seeding not been done. In the 55 years following the first cloud-seeding demonstrations, substantial progress has been made in understanding the natural processes that account for our daily weather. Even so, scientifically acceptable proof for significant seeding effects has not been achieved.

Some areas like China and Russia claim that they have successfully practiced cloud seeding. In India, cloud-seeding operations were conducted during the years 1983, 1984–87 and in 1993-94 by the state of Tamil Nadu, due to a severe drought. In the years 2003 and 2004, the state of Karnataka also initiated cloud seeding. 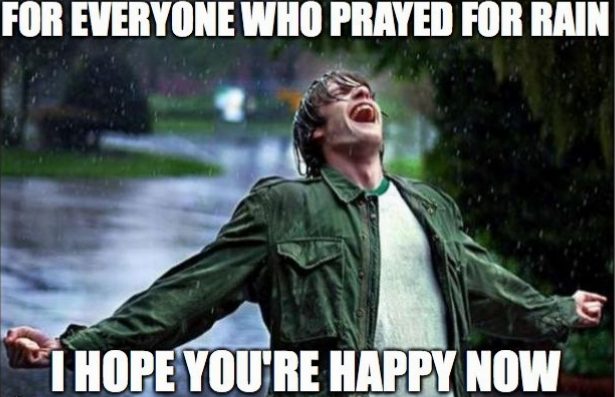