The main reason rain does not wash away fog is because fog is a cloud itself. Rain falls from clouds, and fog is a cloud. Rain can pass through fog, possibly changing the temperature enough to impact the presence of fog, but likely just moving harmlessly through to the ground.

Have you ever been walking early in the morning, just before the sun rises, and the Earth seems covered in fog? Or perhaps you’ve strolled through a dark forest as the fog ominously rolls in? 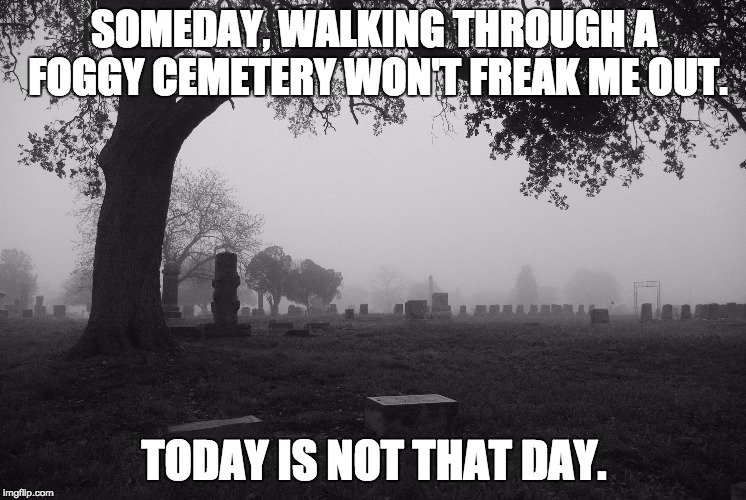 It makes your skin feel damp, like there is already some rain in the air, and yet, when it rains on a foggy day, the fog doesn’t seem to dissipate. Although it seems like a rather simple question, what’s the real story behind fog and rain, and how do they interact?

The Basic Facts: Rain vs. Fog

To start with, it would be helpful to have a firm understanding of how precipitation and fog are defined.

Precipitation, a classification that includes rain, occurs when liquid or solid aqueous deposits form in an atmosphere that is saturated (100% humidity), and becomes too heavy to be suspended by the weight of updrafts, thus falling to the ground. When these gaseous molecules transition into an aqueous or solid state, they are very small, so they must collide and coalesce enough to grow in weight and fall, or else they will simply remain suspended in the atmosphere within the cloud. The same general explanation applies for snow, freezing rain, hail, and sleet, but we are specifically interested in rain for this article. 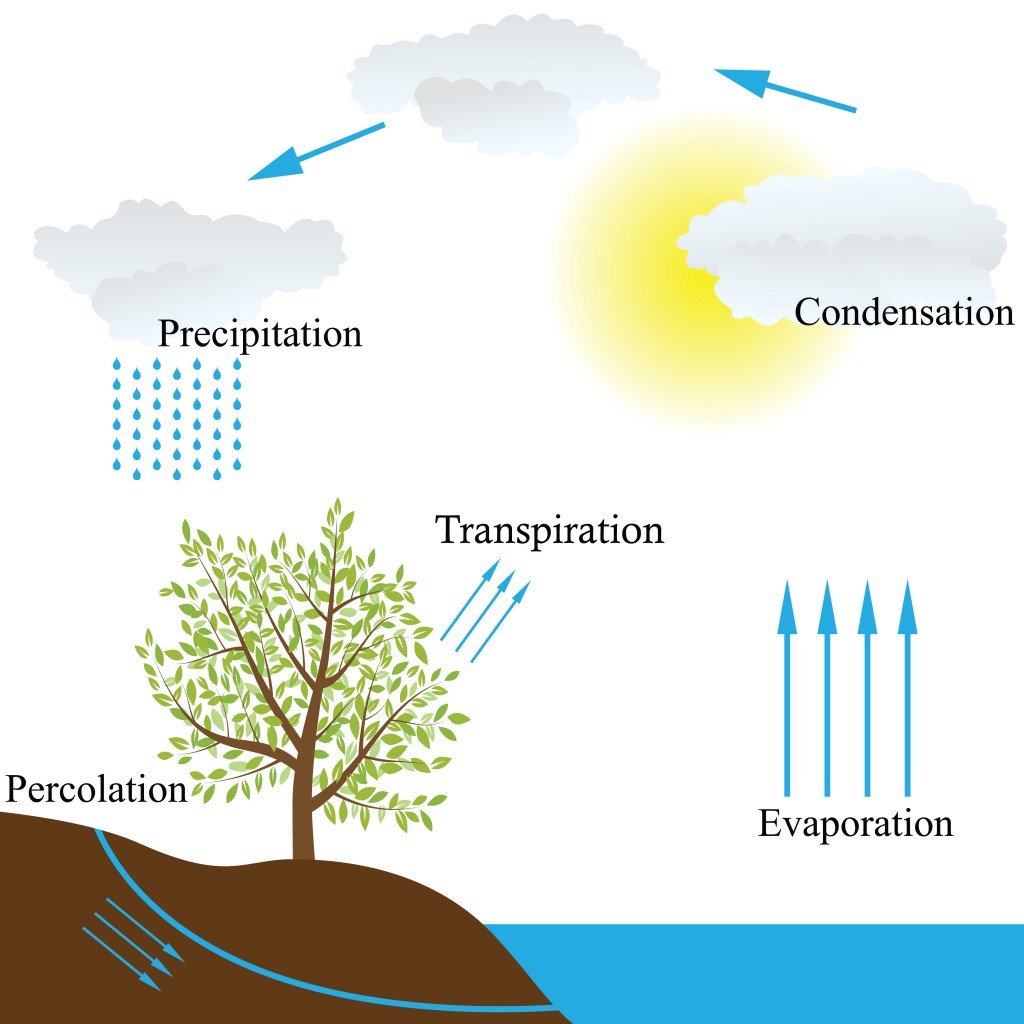 Fog, on the other hand, is actually a cloud in itself, but it forms at ground level, rather than high in the sky like the clouds we’re used to. When the temperature near the surface cools enough to produce saturation (100% humidity), those minute water droplets can form and be suspended in the air. The air currents near the ground aren’t dynamic enough to cause them to collide and coalesce, which would result in the formation of larger drops (like rain). Therefore, fog can simply hang in the air, a foot or two off the ground, until temperature, wind, or other moisture sources affect it.

The Many Faces of Fog

Now, there are many types of precipitation, which you likely know about, but there are also many different types of fog!

Radiation fog (ground fog) typically occurs in the early evening as a result of long-wave radiation emissions striking the surface of the earth and cooling the space nearest the ground. This fog will usually last until the following morning, when sunlight heats the surface, causing the molecules to dissipate or “burn off”. 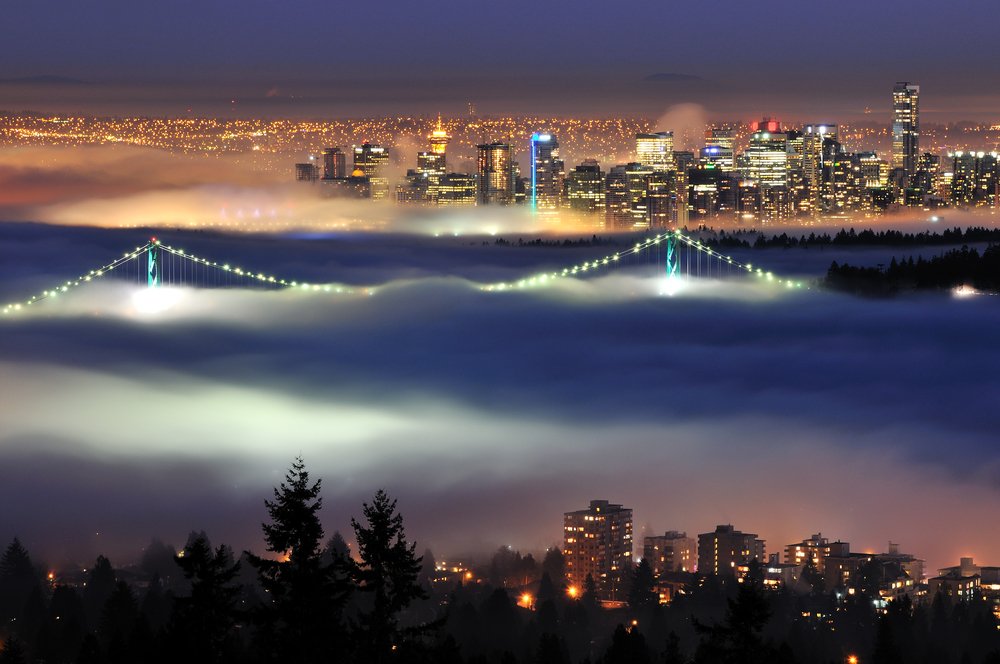 Advection fog can be seen when air moves over a surface that is a different temperature. If warm air flows over a cold surface, the atmosphere near the interaction plane will become saturated and fog will appear. This will disappear after the temperatures balance.

Frontal fog often appears before a strong weather front arrives. For example, if a warm front is moving forward, and rain is falling, then the rain will begin to saturate the colder air ahead of the warm front. Therefore, you can experience this frontal fog as a precursor for rain – but you probably won’t have much time to find shelter!

Upslope fog is famously seen on hillsides and coastal areas, where air is forced to ascend over obstacles (like mountains or cliffs) and is thus cooled. Due to the pressure change, this air becomes temporarily saturated, but this fog is very transient, and can often disappear in minutes once the air can drop back to its initial height, temperature, and pressure gradient.

As you can see, none of these fog varieties said “dissipated once it rains”, because that expectation doesn’t make sense. Essentially, the question is asking whether rain will wash away the clouds; they are two different forms of aqueous material in the air. Rain falling to the ground is simply farther along in the condensation process than fog.

The reasons and physical processes leading to this condensation are often different at ground level than at 30,000 feet, but the ultimate explanation is the same. Rain falls from clouds, and fog is a cloud. Rain can pass through fog, possibly changing the temperature enough to impact the presence of fog, but likely just moving harmlessly through to the ground. 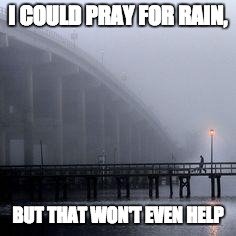 The tiny droplets that make up fog may collide and coalesce with raindrops as they pass through a fog bank, but most of the fog molecules will continue to be supported and separated by thermal Brownian motion, and will not be physically “washed away” by a rainstorm.