If you’ve ever been to San Francisco, you’ve probably seen the famous fog that rolls in so beautifully up the coast. It’s hard to forget the chill of that fog on an unexpectedly chilly morning in June. While it makes for scenic shots of the city from the surrounding hills, have you ever wondered why that phenomenon occurs so frequently there? There are also other cities infamous for their poor air quality and smog during certain times of the year, such as Salt Lake City and Beijing.

While these are major industrial and population centers, there is actually another explanation for this, a much broader weather phenomenon known as temperature inversion.

What Is Temperature Inversion? 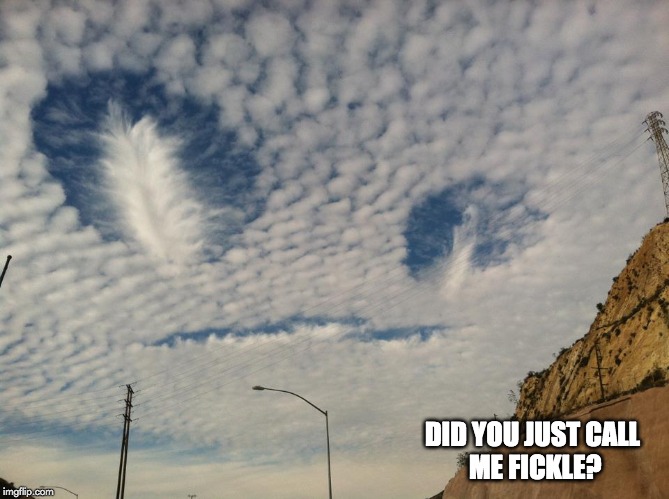 In some cases, a thin layer of the atmosphere is much cooler or warmer than it is supposed to be, disrupting the natural temperature gradient of the atmosphere. There are a number of geographical conditions where this is more likely, such as valleys, coastal areas and certain confluences of topography, but such inversions can technically happen anywhere. The longevity and severity of these phenomena are simply more noticeable in certain regions and cities around the world. 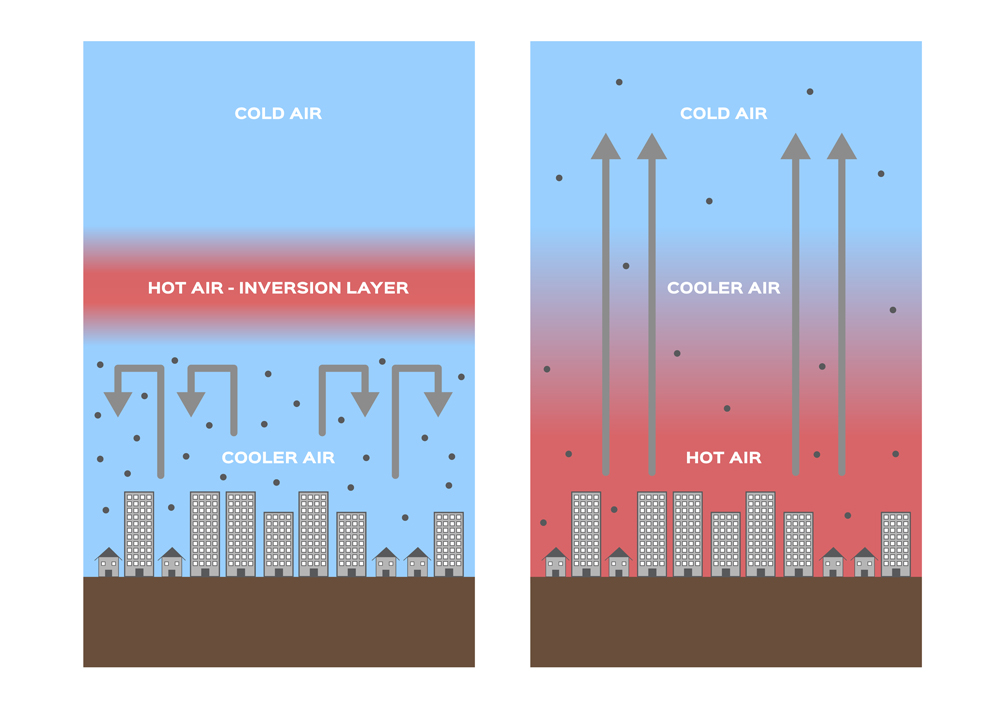 If a layer of warm air slides on top a layer of cold air, it will create something like a cap, holding the cold air in place. The air doesn’t have enough energy to form a powerful updraft and move up through the warmer “cap”. This unique weather phenomenon is particularly evident in coastal areas, such as San Francisco, where the cold Pacific waters outside that city chill the air above it, so when the warm air of the California coast rolls over the bay, an inversion occurs, and fog is the beautiful (but occasionally oppressive) result.

Also Read: What Is A Polar Vortex?

Temperature inversions are particularly common in colder months around the world, but there isn’t any method of preventing them.

Although temperature inversions are interesting phenomena, they can also be quite dangerous. When cold air is essentially trapped beneath a layer of warm air, the air that people breathe every day can become stagnant, and filled with pollutants and exhaust from the activity within the cold layer. There are certain topographical and geographical formations that are ideal for this sort of temperature inversion. 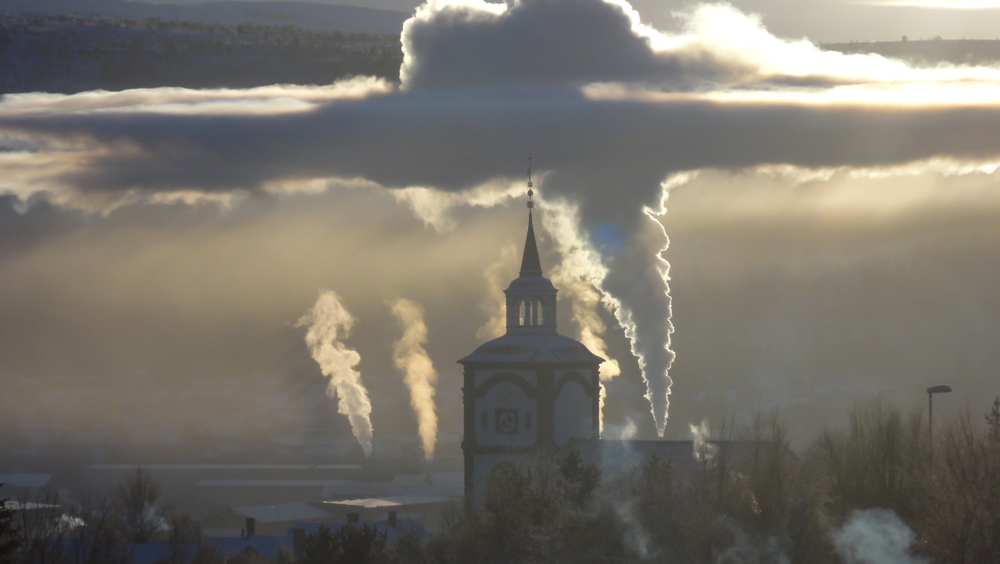 We explained the coastal phenomenon of San Francisco above, but there are also valley inversions, in which an area between mountains is filled with cold air that falls down the mountainside and nestles down in the valley. As the winds change, a layer of warm air may be blown directly over this wide valley or natural depression, keeping the cold air sealed in place, resulting in high levels of smog and low-quality air. Salt Lake City lies in a massive valley and regularly experiences temperature inversions that can be seriously detrimental to one’s health, particularly young children and the elderly. 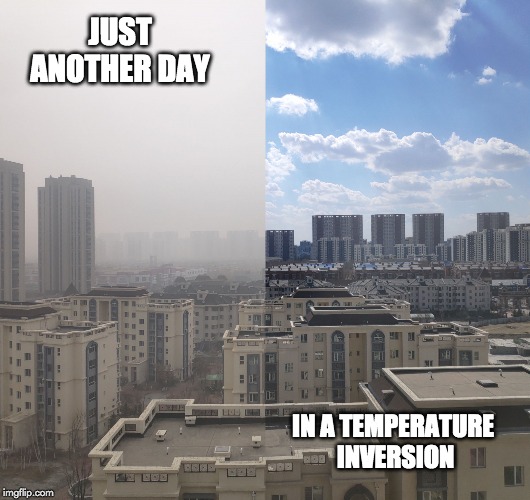 There are other formations, such as the confluence of two mountain ranges, or the foothills of mountains. As cold air flows into these areas, it will often hit a dead-end and pool up against the obstructions (i.e.,the mountains), and sit there until the winds change. This can result in severe and unpredictable weather, as well as dangerous cold snaps that can last for days or weeks.

Due to the volatility of the weather and the low visibility that can be generated, understanding where temperature inversions occur, and what weather patterns may hint that they are developing, is critical to a number of industries, including for aviation. As any pilot will surely know, the appearance of an inversion from above, like a snow globe of entirely different air, is always a bit strange to navigate!

Temperature inversions tend to occur in specific regions that have ideal characteristics, but these odd phenomena could happen anywhere. As our global climate continue to increase in volatility, we all might start getting more familiar with odd weather patterns, and temperature inversions are a good place to start!