Due to a lack of humidity in deserts, the air cannot hold the heat radiated by the sand, which gets heated during the sunny daytime hours. This causes the temperature of deserts to fall rapidly at night.

If you have ever seen Lawrence Of Arabia—a Hollywood movie from 1962 based on the life of a British lieutenant—then you may recall the scenes where the protagonist travels for days through vast deserts. He doesn’t know whether he will make it to his destination or if he will get lost and perish in the seemingly endless desert.

A still from Lawrence of Arabia. Notice the blanket.

During his travels through vast stretches of arid desert, he often rests at night covered in a blanket under the starlit sky. As I watched that scene in the movie, I couldn’t help but wonder… “Why does he have a blanket? Aren’t deserts supposed to be brutally hot?”

While deserts are famous for being cruelly hot during the daytime, many people don’t realize that they get surprisingly cold at night!

But why does this happen?

Sand Heats The Air Above It

Sand is quite an interesting substance. It is dry, yet slippery, and its particles are larger than other types of soil, which is primarily why it doesn’t absorb water well. Sand doesn’t absorb heat particularly well either, which results in deserts being so hot during the daytime.

When the sun heats the sand in deserts, the sand doesn’t absorb the heat. Instead, it acts like a mirror and heats the air above the ground via radiation. Other types of terrain (e.g., forests, beaches, plains and mountains) are not as hot as deserts because they don’t radiate all their heat to the air above their surface, whereas deserts do. 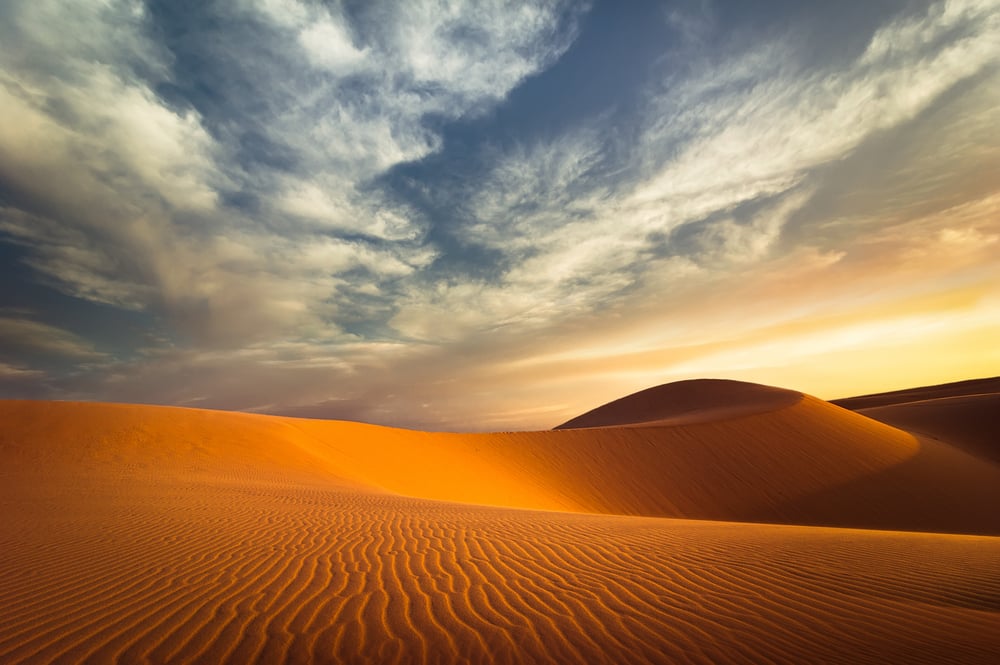 Sand is the primary reason why deserts are so hot during the daytime. (Photo Credit : Perfect Lazybones/Shutterstock)

So, now you understand the hotness of deserts during the daytime, but what about the chilly conditions at night?

As you may know, water is very good at capturing and retaining heat. In regular terrain, when the sun heats the ground, the ground absorbs a lot of heat. At night, when there’s no sun in the sky, the heat radiated by the ground is captured by the water content (or moisture) present in the air above the ground (because the air is humid in those places).

In deserts, however, the story is quite different.

When the sun sets and the ground loses its heat through radiation, the air above the ground cannot retain or ‘arrest’ this heat, as that air is not humid. This is why that heat is so rapidly lost, causing temperatures to drop dramatically at night.

Furthermore, deserts don’t have much cloud cover, which makes it even more difficult to retain heat above the ground. The heat from the ground escapes, leaving behind an unforgiving cold.

Not All Deserts Get Cold At Night

Deserts becoming cold at night has a lot to do with humidity, clouds and even wind, but contrary to popular belief, not all deserts lack humidity. A lack of moisture in the air in deserts is actually not a given!

Places like Kuwait and the UAE are more humid than other deserts (e.g., some parts of the Sahara desert). Therefore, these deserts don’t get as cold at night, because their humid air retains some of the heat radiated by the ground.

Not All Deserts Are Hot

When you think of the word ‘desert’, the first thing that often comes to mind is an endless stretch of land covered with sand, but what if I told you that the following is also a picture of a desert? 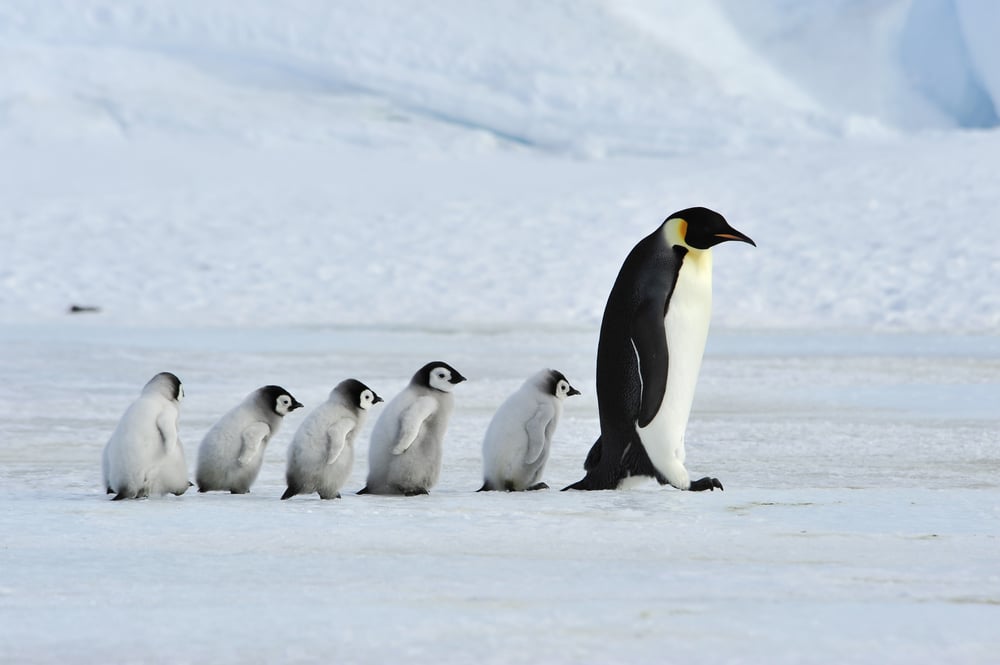 Yes, that’s a desert in the background. (Photo Credit : vladsilver/Shutterstock)

Although you may not associate penguins with a desert, the picture shown above is indeed an arctic desert!

The low amount of rain or other forms of precipitation (i.e., snow, sleet) is what characterizes a desert. So, by that definition, Antarctica, which is covered in ice and has minimum temperatures below -75 degrees Celsius, is technically a desert. It gets very little snow and rain throughout the year, making it one of the biggest and driest deserts on the planet.

If you plan on camping in a desert, do your research beforehand regarding the area’s weather profile. You don’t want to pack and carry a warm blanket, only to realize that the desert you’re camping in doesn’t actually get cold at night!