The answer to this question lies in the difference between the heat of dry air and moist air. Sunlight falling on the Equator generates rising air currents that help in the formation of clouds over equatorial regions, which then cause rains and thunderstorms. This is why the areas lying on the Equator experience lower temperatures, and are not the hottest on the planet (contrary to what you might assume about the equatorial regions).

Everyone knows that the imaginary line drawn in the middle of the Earth that divides the latter in two equal parts is called the Equator. Due to the spherical structure and slight tilt of Earth on its axis, the Equator receives the highest concentration of sunlight, while the poles get the least sunlight (and are therefore extremely cold) throughout the year. The following picture should help you visualize this better: 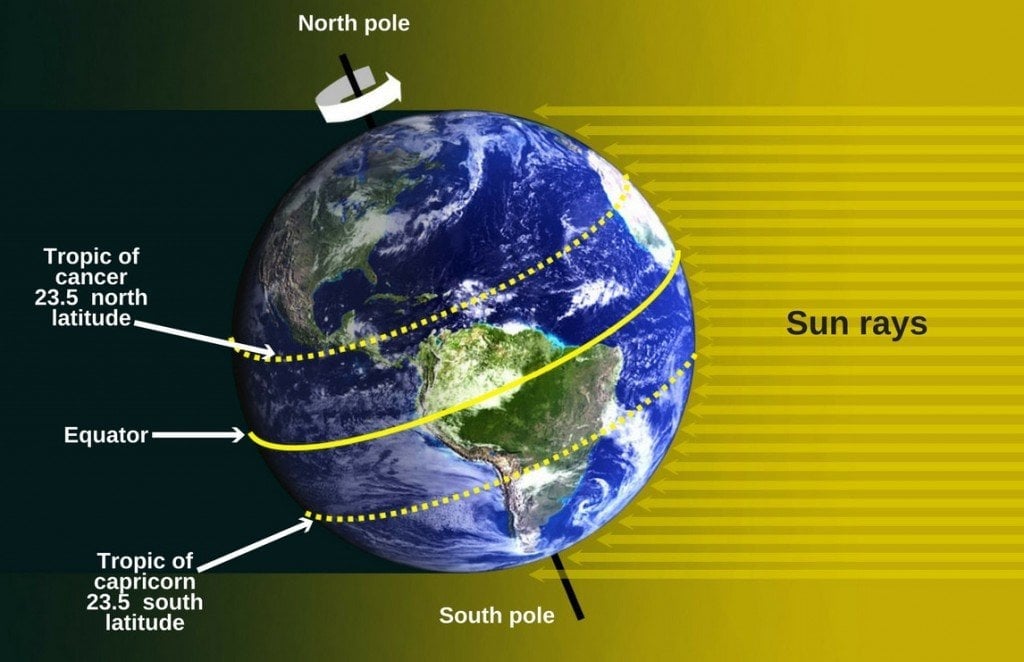 Since the Equator receives the most sunlight throughout the year, it’s fair to presume that equatorial regions should also be the hottest. Interestingly enough, however, that’s not the case.

The hottest parts of the world do not lie ‘on’ the Equator (as our assumption would suggest), but rather around the tropics, i.e., the areas that lie above and below the Equator. What’s the reason behind this?

Most deserts are located in tropical regions, slightly off the Equator

Take a look at the following map of the world, which shows some of the biggest deserts on the planet:

Deserts of the world

As mentioned earlier, it’s the Equator that gets the most sunlight and not the tropics, so why are the tropics the hottest places on Earth?

There’s a cloud cover on the Equator

It’s true that the Equator gets the most sunlight, but a good portion of this sunlight is used up in evaporating water from seas and other water bodies, rather than increasing the actual temperature of the region. This results in the formation of moist and warm air over equatorial oceans, which then begins to rise and form clouds.

A high density of clouds in equatorial regions is one of the reasons why they get plenty of rain every year.

This warm air unloads almost all of its moisture in the clouds above equatorial regions, but still continues to move higher up. This warm air, now also dry (on account of depositing all its moisture in equatorial clouds), begins to move towards the pole, but is stopped due to the Coriolis force, which prevents it from continuing in the direction of poles. As a result, it loops back closer to the surface in the tropics. 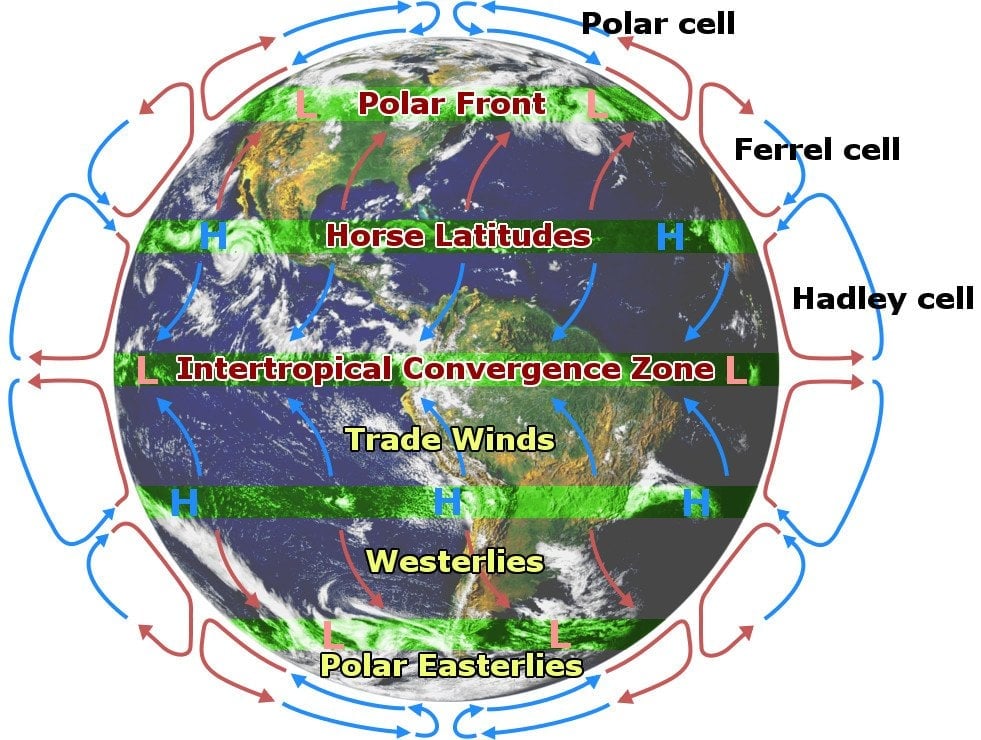 During its descent into the tropical regions, the dry air becomes even hotter. This is because as the dry air descends from high altitudes, its compression leads to an increase in its temperature. Typically, when moist air descends through 1 kilometer, it becomes hotter by 6 degrees Celsius, but it increases by 10 degrees Celsius when the air is dry. 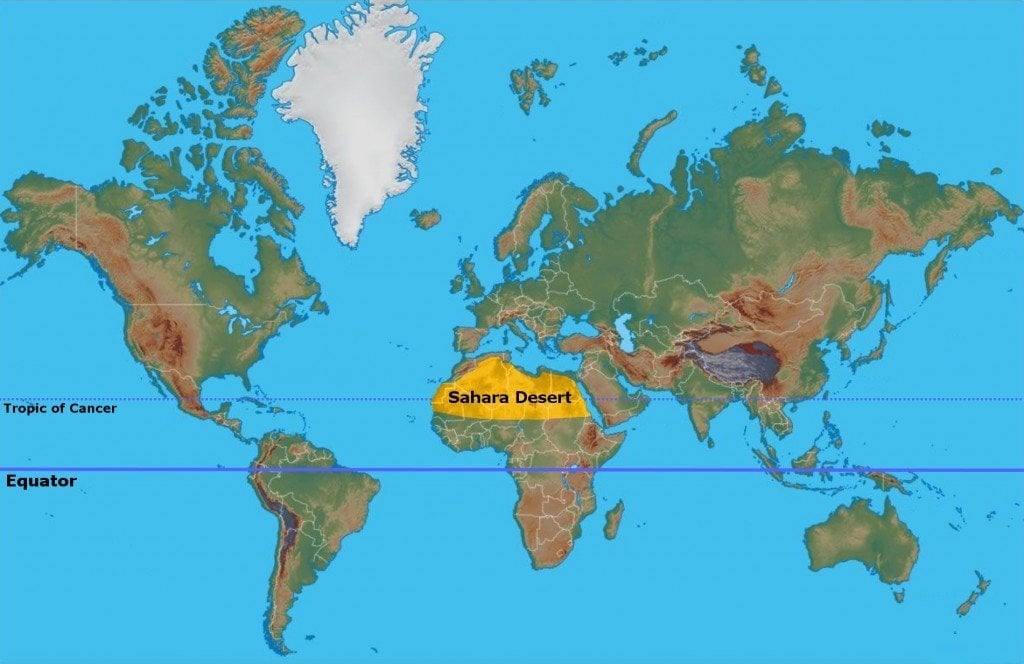 The Sahara desert, the largest hot desert on the planet, is located in the tropics, away from the equator.

This is also ‘one’ of the many reasons why most deserts are located around the Tropic of Cancer and Tropic of Capricorn, and not on the Equator. The fact that the subtropical desert regions also have the highest number of sunshine hours per year also helps! 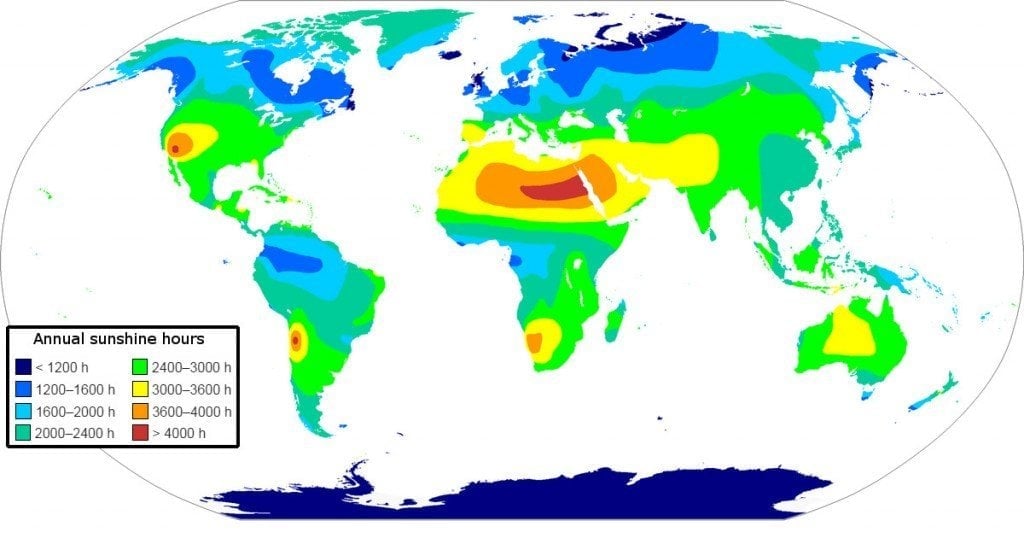 This is again due to the large-scale descent of air from the upper-level tropopause (i.e. the interface between the troposphere and the stratosphere) in these regions (like Western Australia, North Africa, the Middle East and the Southwestern United States), which lie on the eastern side of the subtropical high-pressure systems.

How much do you know about equatorial regions?