Clouds look dark because they are thicker and denser than normal clouds of a day of mild weather. As a cloud gathers more water droplets and ice crystals, it become thicker and allows less light to pass through it.

Once when I was traveling in an airplane, I was sitting in a window seat (thankfully!) and I was looking out over the clouds. They were white and fluffy, as expected, but when the plane landed and I looked up again, the clouds were grey and ominous. I amused myself by imagining that the clouds were going through a mood swing. 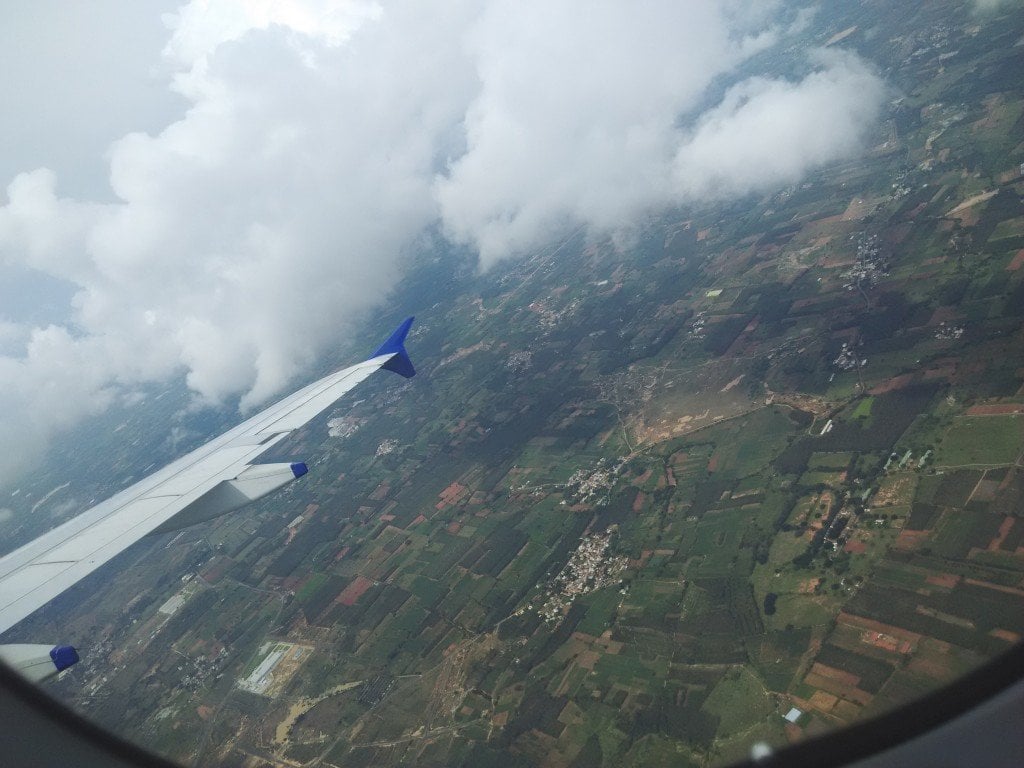 Seriously though, why would this sort of color-shifting occur?

To answer that, we need to start with how clouds are formed.

Clouds are formed by the condensation of water vapor, which is actually packed into air all around us. When air near the ground warms up, it rises, taking the water vapor along with it. This warmed air begins to cool as it rises higher, causing the water vapor to condense on the dust particles present in the air.

When that vapor condenses, it results in the formation of water droplets and ice crystals, which then come together to form clouds!

Alright, so now that we understand how clouds get up in the air, let’s give them a bit of color.

The tiny water droplets and ice crystals that make up clouds are ideal for scattering all the colors of light (unlike the small molecules in the air that scatter blue light, causing us to see the sky as blue), which is why we see white clouds most of the time when we look above us. 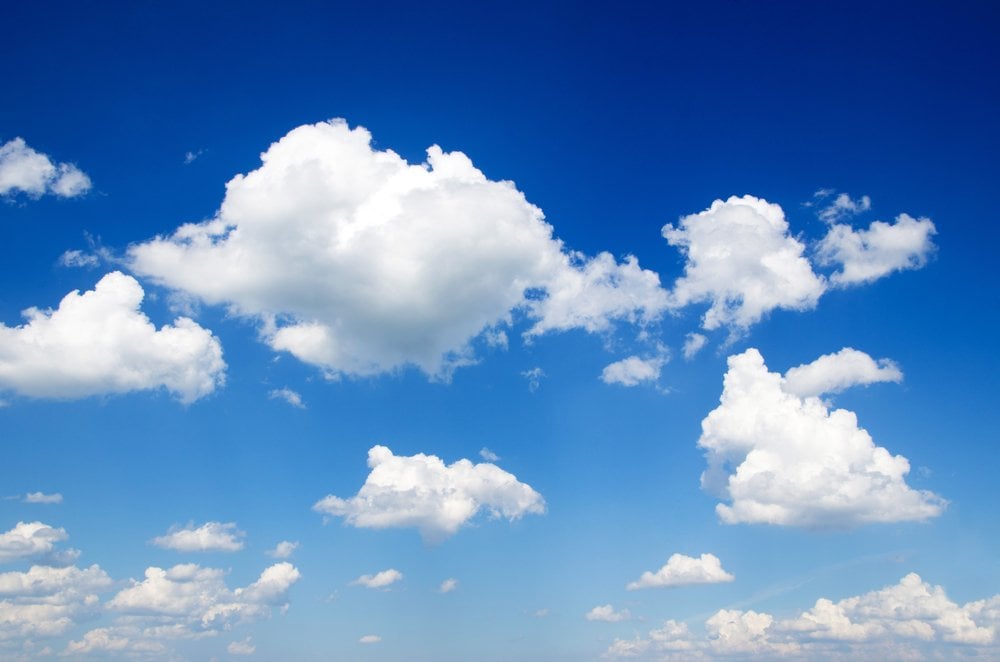 Basically, when clouds are thin, they allow light to pass through in large amounts, so they appear white.

Why Are Some Clouds Dark?

That doesn’t explain the threatening presence of dark clouds, which usually signal a gloomy day or a bad storm. Clouds appear dark when they are thicker and denser than normal clouds of a day of mild weather.

As a cloud gathers more water droplets and ice crystals, it become thicker and allows less light to pass through it. The top part of the cloud still scatters light (as it receives more light from the sun above), which is why clouds still appear to be white when seen from an airplane. However, the bottom of the cloud receives less light to scatter. Therefore, when the airplane lands, the clouds look grey when seen from the ground. As the water droplets and ice crystals in the cloud thicken (when it is about to rain), they scatter much less light and appear almost black – and we know to run for cover! 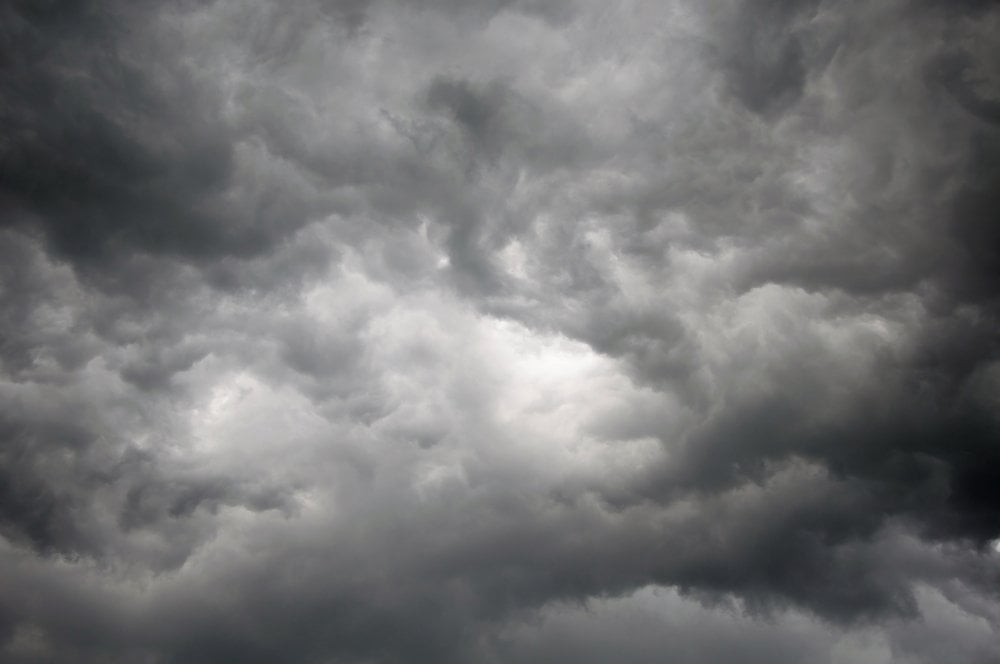 The next time you’re cloud-gazing, pay attention to the the color variation, namely that the bottom of clouds are always more grey than their sides. When a cloud is thick in a certain area and light doesn’t reach all the way to the bottom, it simply escapes from the side.

The higher the cloud goes, the more grey and foreboding that its bottom appears to our eyes on the ground. However, there are a few other reasons why we see dark clouds from time to time. A cloud can also appear dark when there is another cloud overshadowing it. Clouds appears in many layers of the sky, so having multiple patches of clouds above one another is not uncommon. Also, the background of the sky can make clouds look dark. For example, a cloud will look much darker when it’s surrounded by a bright sky, as well as lighter when surrounded by a dark sky. 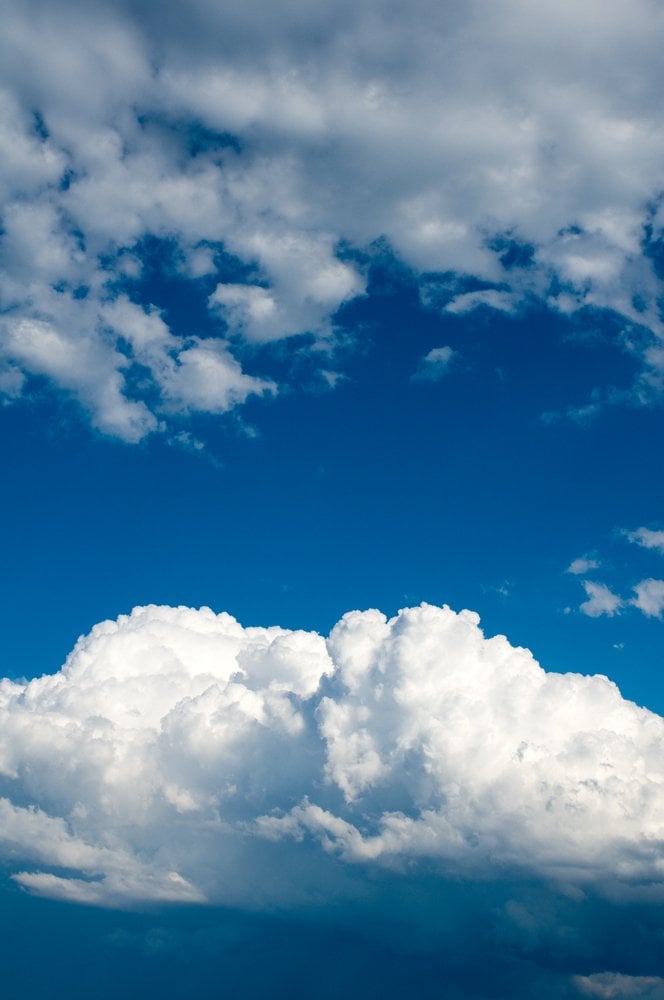 Have you ever experienced those eerie days when it feels like evening, despite it actually being the middle of the afternoon, or even the morning?

That happens when our bold and powerful sun is hidden behind the clouds. Once the clouds clear away, or are “burned off”, sunlight breaks through and we’re back to sweating and glowing in the afternoon heat. 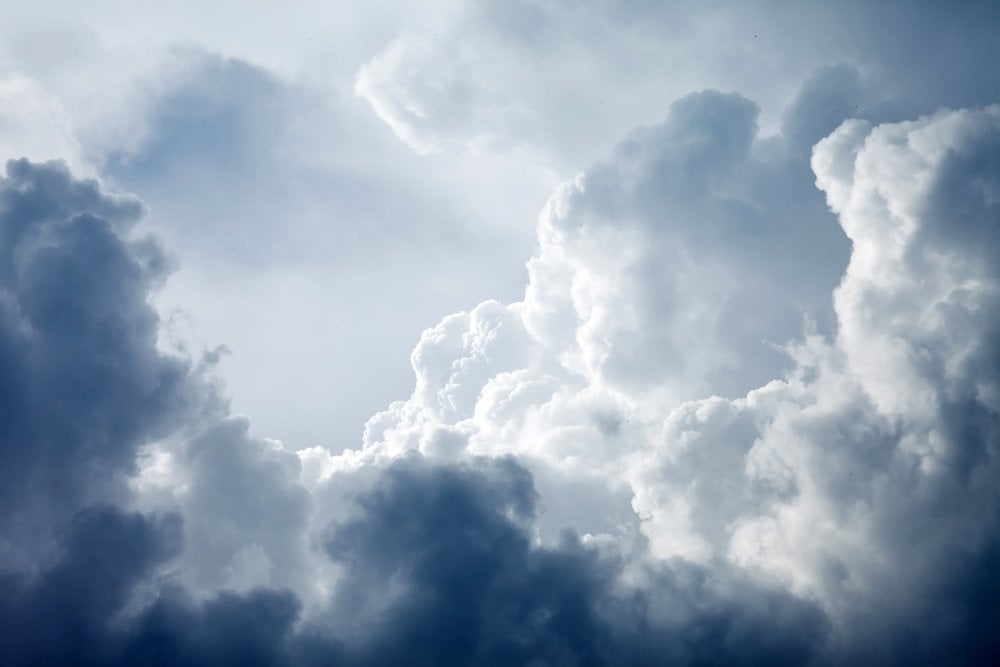 Although the idea of clouds having mood swings is amusing, to say the least, as with most things, there is a legitimate scientific explanation for this peculiar phenomenon!