Home
Pure Sciences
How Do Masks Filter Microbes Smaller Than Their Pores?
Table of Contents

If Doctor Who flew back in his T.A.R.D.I.S to the year 2020, he would spy quite an interesting sight—young and old alike sporting masks. Although it is mandatory, people have worked to make it a part of their fashion statements. Have you seen the patterns and designs that people have come up with?

For a long time, face masks (apart from industrial and theatrical purposes) have been exclusively used by the medical and research industries. This year, however, the global disposable face mask market size exceeded a value of $74.90 billion in the first quarter of 2020.  Moreover, it is expected to grow at an annual growth rate of 53.0% from 2020 to 2027! From plain patterns to rhinestone-studded masterpieces, from branded ones to basic DIYs, face masks are everywhere! For better or worse, they have now become a global fashion trend.

The pandemic has made wearing masks necessary, but were masks a trend long before today? And do they really work? Let’s unmask some of these answers together!

A brief history of face masks.

The earliest known record of a mask-like object was found in the 6th century; images of people with cloths covering their mouths were found on the doors of Persian Tombs. In the 12th century, during the Yuan Dynasty in China, servants were known to place a silk scarf over their noses to prevent them from smelling their master’s food.

However, it was with the great plague of the 14th century that masks took a spookier turn. Plague doctors wore beak-like gear (that earned them the name beak-masks) that held scented materials like cinnamon and mint leaves to ward off miasma’ or blight that had contaminated the air. However, it was the 19th century that caught on to using masks for prevention against disease.

Not so long ago history

This was further understood when the world was hit by two major epidemics—the Manchurian plague of 1910–11, and the Spanish Flu of 1918–19. Surgical masks used back then were made from several layers of cotton gauze and held in place by a metal frame. By the 1930s, reusable masks were replaced by disposable masks, and by the 1960s, they were being made in bulk from synthetic materials. 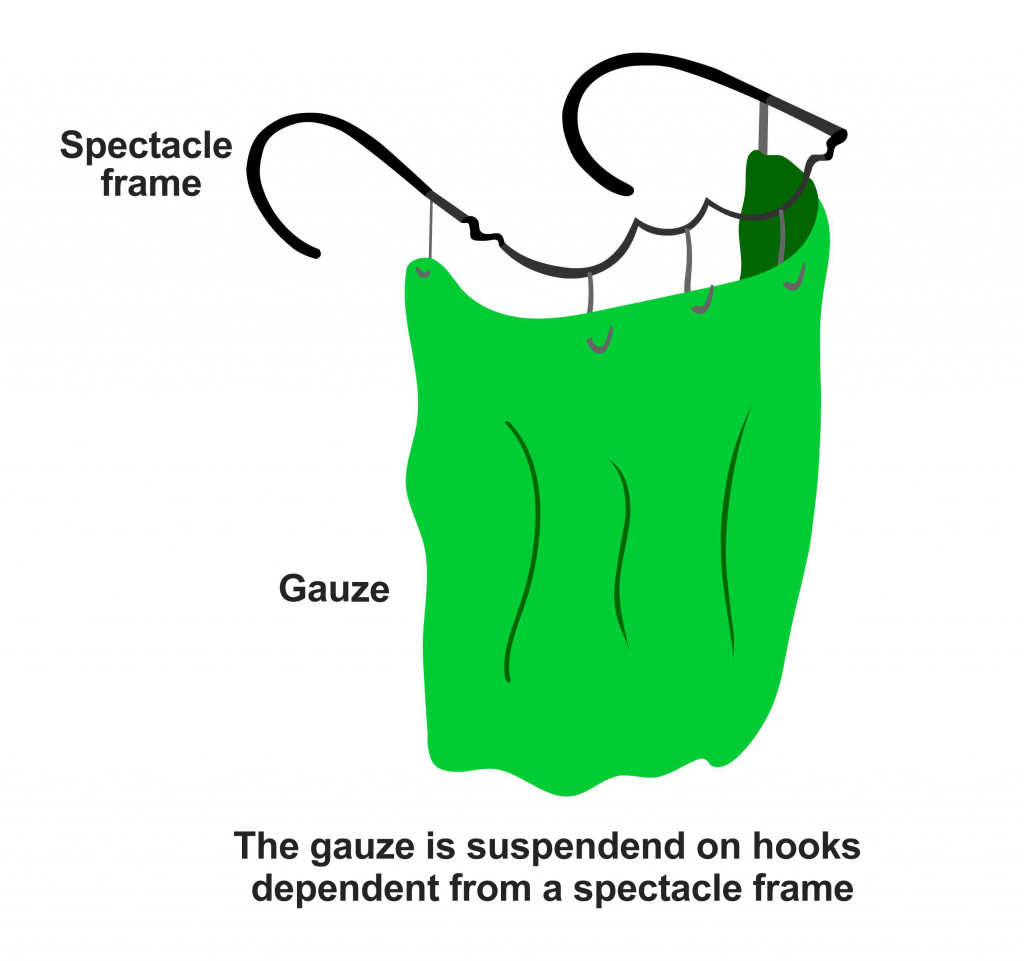 Why do we need masks?

When Carl Flügge discovered that diseases were airborne, it sent a wave of awakening through the medical faculty. The idea of ‘masks for infection prevention’ became popular amongst the medical field and the masses.

Science has now discovered that transmission through the air can take place in two ways. It can happen either through the formation of large droplets that are likely to settle down on surfaces, or through aerosols (formed by mixing minuscule solid and liquid particles) that are expelled while coughing.

This recent study determined that the average speed at which aerosols were coughed or sneezed into the air was more than 15m/s or 54km/hr. That is equivalent to the speed of a truck on a highway!

They found that coughing dispersed air droplets 22-27% faster than speaking and the coughing speed was higher when the subject was taller. The smaller the size of the particle, the longer it will stay in the air.

Thus, a simple cough can spread out over a large distance, and the results are even more dangerous if the person is tall. Additionally, since microbes don’t exactly come in neon colors, one can never guess where they might be lurking or floating! 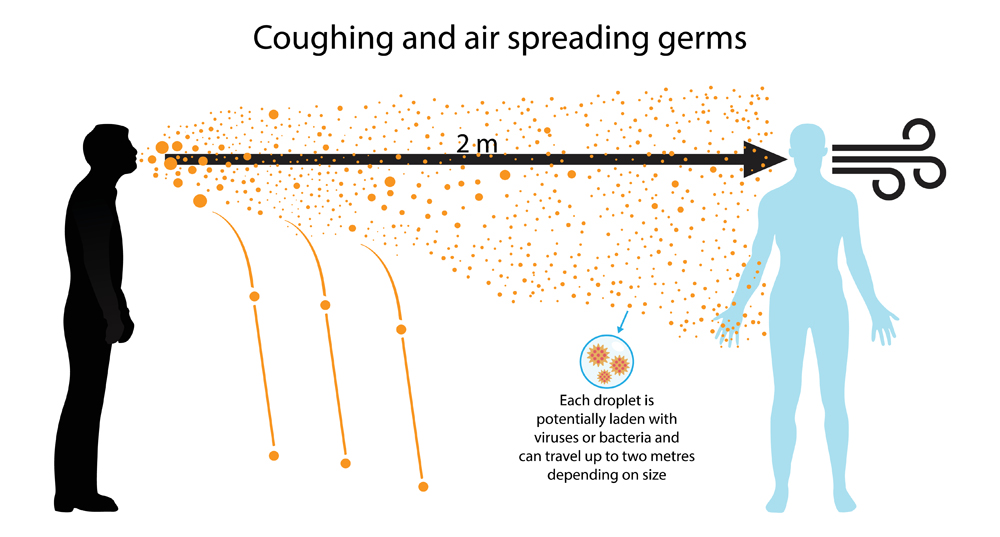 Do our modern masks really keep germs at bay? 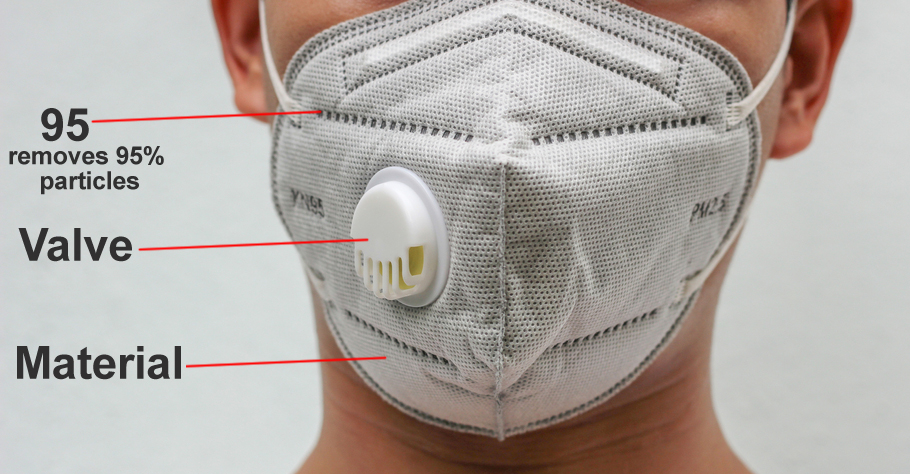 The largest known bacterium (found in a deep continental shelf) is 100-300 microns, but the size of an average everyday bacterium is about 5 microns; to put that in context, the biggest virus is only 0.39 microns!

On the other hand, pores in a standard cotton mask are about 80 microns in size. Surgical masks, on the other hand, are made of synthetic fiber that may have pores less than a micron in size. For comparison, a strand of hair is 50 microns.

If the pores are so large, especially in a cotton mask, bacteria and viruses would still be able to enter fairly easily, right? So how do these types of masks still work?

The efficacy of a mask’s filtration doesn’t just depend upon the size of the pores. Effective filtration is carried out when multiple layers are added. The higher the number of layers, the higher the capacity for filtration.

On a microscopic scale, particles are affected by the molecules in which they are immersed. For a virus or bacteria in the air, the gas molecules and other dust particles surrounding the pathogen will randomly bump into it. Smaller particles experience greater force, as they are lighter, and will take on a random pattern of motion. This is called Brownian motion. All microscopic molecules show such random motion due to being hit randomly by gas molecules (or other fluid molecules like water, oil, etc.).

When air flows through the fibers of the mask, it takes up space, which causes fibers to expand in a circular shape. This creates a micro pocket in the fiber structure. With the air flowing in and the Brownian motion pushing the microbe around randomly (represented by the violet line in the image below), the microbe’s chances of getting trapped by the fiber are much higher.

Particle entrapment due to Brownian motion.

Another type of mask that the National Institute for Occupational Safety and Health recommends for healthcare workers is the N95 mask. The N in N95 stands for ‘non-oil’ and means that for the mask to work effectively, it needs to be exposed to a non-oil-based aerosol. The 95 signifies its 95% efficiency of filtration.

These masks filter particles sized up to 0.3 microns! The material of this mask is slightly different from a surgical mask. It is electrostatic non-woven polypropylene fiber. This fiber is electrostatically charged by a process called electrospinning, an effect that is similar to taking your hand near a TV screen and seeing the hair stand up or picking up pieces of paper with a comb after running it through your hair.

In each of these cases, one medium—the mask fibers, in this case—gets negatively charged and attracts the positively charged particles—the microbe. Coupled with the Brownian motion that the particle experiences, we get better filtration.

Apart from surgical masks and N95 masks, the CDC and the WHO recommend using cloth masks for non-healthcare workers. While homemade cloth masks are not as effective as surgical masks or N95s, they are reusable and can be effective if the CDC guidelines to make them are followed. You can find the CDC’s guidelines for selecting, wearing, and washing homemade masks here. The CDC urges people not to use critical supplies like surgical masks and N95 respirators, and instead reserve them for healthcare workers and other frontline responders.

Now, the next time you sport your DIY mask, you can be confident in knowing that it’s got you covered!

The short URL of the present article is: http://sciabc.us/qYRDL
Help us make this article better
Prev Article Next Article
About the Author