In 1856, an 18-year-old chemistry student named William Perkin accidentally discovered mauve while trying to synthesize quinine from coal tar. The discovery of this new dye changed the world by making purple textiles affordable to common people for the first time in centuries. The success of mauve also inspired other chemists to develop synthetic dyes from organic molecules, which led to advances in the fields of medicine and agriculture.

If you ever build a time machine and plan on traveling back to 16th century England, I would highly recommend you not wear anything purple. During the rule of Queen Elizabeth I, wearing purple could get you in quite a bit of trouble!

Why? Because not so long ago, purple was considered to be the color of royalty, so only royals and high-level religious leaders could wear them. Rather, only those people could afford to wear them.  That was true until 1856, when an 18-year-old chemistry student’s accidental discovery gave us mauve and revolutionized the world.

So… what’s so special about purple? And how can the discovery of a dye change the world?

Phoenicia, The Land Of Purple

In the ancient past, around 1600 BC, producing purple dye was a smelly and shelly affair.

An ancient civilization in the eastern Mediterranean region that the Greeks called ‘Phoenicia’ (land of purple) was a land of great inventions. They gave us glass, the alphabet system we use today, and the color purple. The color already existed in nature, but they were the first to turn it into a dye.

The Phoenician coastal city of Tyre produced their namesake Tyrian purple dye using crushed mollusk parts. The murex snail secretes purple mucus from its endocrinal glands. The process of making this dye was highly tedious. Firstly, the dye makers had to collect tens of thousands of mollusks to extract just 1 gram of the purple dye. After harvesting the snails, they had to crush the shells, remove the glands and place them in a lead pot filled with brine. The contents were then allowed to slowly simmer for 10 days. 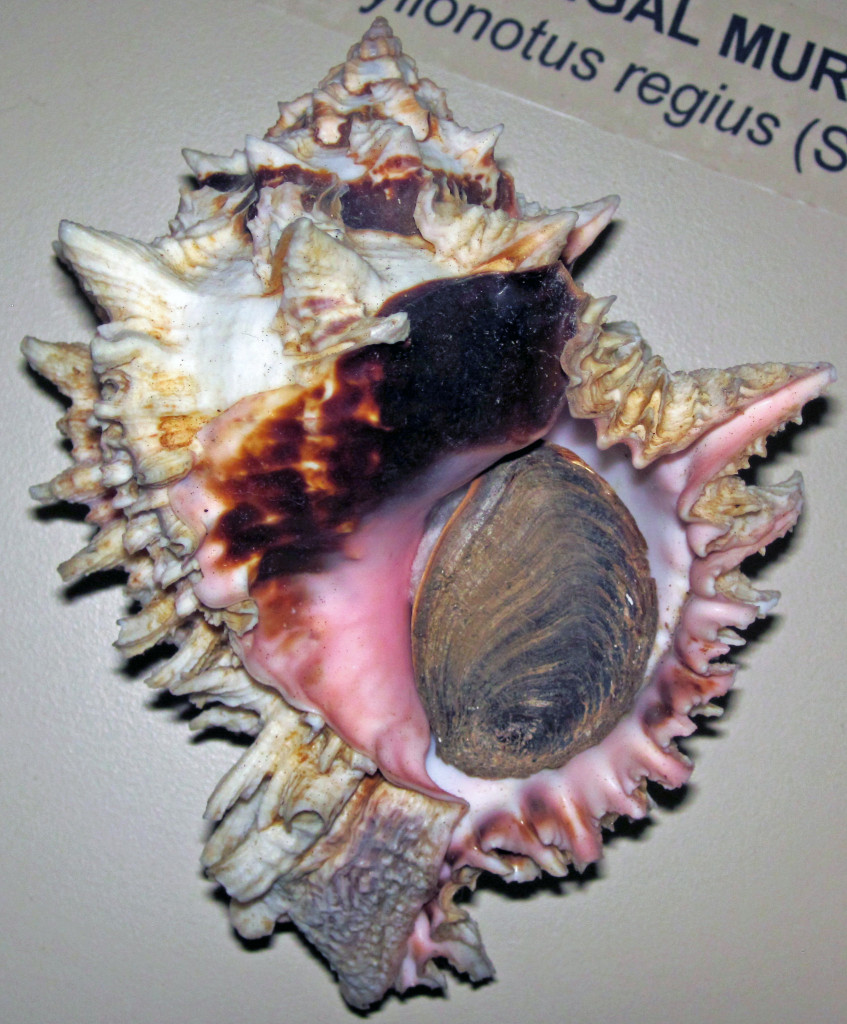 What was left in the pot after the long process was a smelly goo that had to be dried and crushed to make dye. Any fabric dyed with this purple was priced so exorbitantly that sometimes even royals couldn’t afford the purchase! It is said that the Roman emperor Aurelian wouldn’t let his wife buy a Tyrian purple shawl because the cost was equal to the shawl’s weight in gold.

The relation between the coveted color and crunchy creatures didn’t end there. On the other side of the world in Mesoamerica, the Incas obtained purple dye by drying and crushing an insect called cochineals. 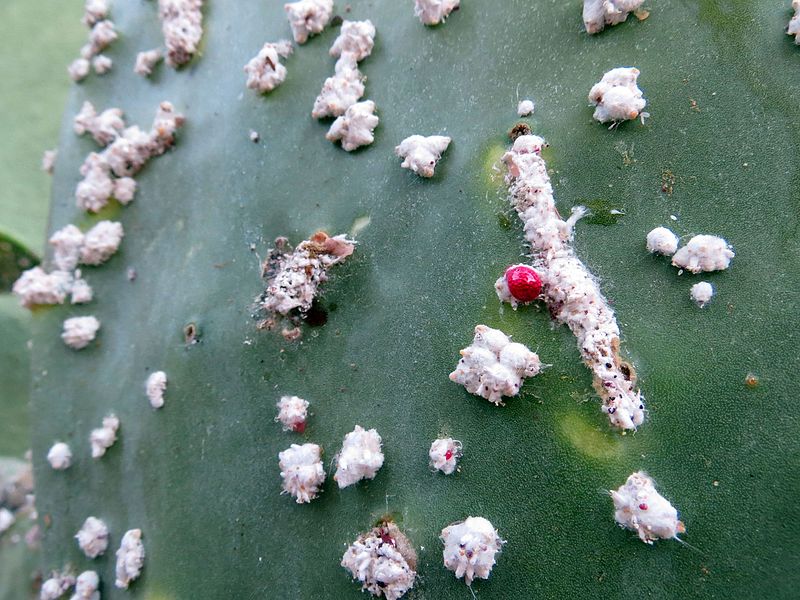 The female cochineals found on prickly pear cactus produce carminic acid—a bright red substance. This substance could be used to dye fabric different shades of red, pink, and purple. Cochineal dye is sensitive to pH, so when acid like lemon juice is added, the dye produces orange, but when iron is added to it, the red dye turns purple.

The Spanish conquistadors of the 16th century (AD), when invading the new world, discovered this new dye-making process and started trading cochineal dye. They began farming cochineal insects and selling them across Europe, where it quickly became a sensation. Even though this process was easier than the production of Tyrian purple, it was still labor- and resource-intensive. Thus, the color purple held its expensive and royal status until the mid-1800s.

William Perkin And The Color Mauve

During the 1800s, while Britain was out conquering the world, many of that empire’s people were suffering from malaria after being exposed to mosquitos in the tropical climates. The only available remedy was quinine, extracted from the chinchona tree in South America. Scientists in England were commissioned to synthesize artificial quinine.

In 1856, a chemist named August Hoffman decided to hit two birds with one stone. He considered whether he could extract quinine from coal tar, a common waste product during the Industrial Revolution. Around this time, 18-year-old William Perkin joined Hoffman’s project during his Easter break. Perkin knew the chemical formula of quinine, C20H24N2O2, and was trying to synthesize it in the lab using simple additive and subtractive chemistry.

One of the reaction schemes he came up with was oxidizing aniline (C6H5NH2) and its sulfate derivative using potassium dichromate. This reaction was supposed to generate quinine and water, but what he ended up getting was a sticky black goo. While washing the reaction, he noticed that the alcohol he used to ease up the sticky product turned purple; some of it spilled onto his clothing and stained them purple too! He tried to wash the fabric with soap and leave it out in the sun, but the color did not budge. 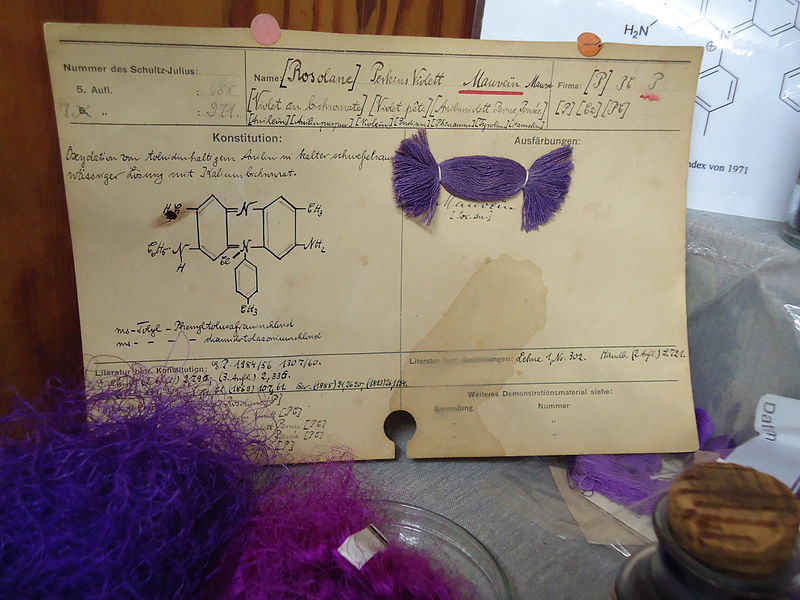 Perkin immediately understood the potential of his happy accident; within a few days, he perfected the preparation technique under the supervision of Hoffman. He patented his dye and became the first person to commercialize a synthetic dye. Due to the highly sought-after nature of the purple shade, the mauve craze spread like wildfire. For the first time in centuries, purple textiles became affordable to common people.

Inspired by the success of mauvine, many chemists began to develop synthetic dyes from organic molecules. The discovery of dyestuff not only changed the fashion industry, but also catalyzed the growth of the organic chemicals industry. The dyestuff eventually paved the way for new pharmaceutical drugs and stains for medical research. Artificial dyes enabled clear visualization of biological samples like chromosomes and disease-causing microbes under microscopes. Perkin’s invention also played a crucial role in chemotherapy research.

Also Read: How Did The Search For The Philosopher’s Stone Lead To The Discovery Of Phosphorus?

Imagine how dull life would be without all the colorful stuff around us. If not for Perkin’s serendipitous discovery, all our clothes might still be some anonymous shade of off-white or brown.

In light of the current environmental crisis, the invention of synthetic dyes might sound like a bad idea. However, it’s the dye and chemical industries of the 1900s that also gave us fertilizers to grow food and drugs that help keep us alive!