Home
Nature
Why Does A Frozen And Thawed Banana Taste Sweeter Than Normal?
Table of Contents

Have you ever observed this strange fruit phenomenon? If you haven’t, then you might want to give it a try. Take a banana and let it freeze (keep it in the freezer for a day for good measure), then take it out and let it thaw. After it’s defrosted completely, give it a taste, and you’ll find that it tastes sweeter than a ‘normal’ banana.

Once you’re done savoring that sweeter-than-normal banana, take a moment and think: why does this happen?

Fresh fruits and vegetables, as you likely know, are incredibly prone to deterioration and spoilage, thanks to a number of chemical changes they go through that start once they’re harvested. The thing is that fresh fruits and vegetables contain enzymes, which, if activated, may lead to the loss of nutrients, discoloration, and flavor changes of the fresh produce.

That’s why it is so important to prevent the activation of these enzymes (which subsequently prevents such chemical reactions) if you want to preserve your fruits!

Fruits, like most other organic things, contain water, and bananas are no exception to this rule. 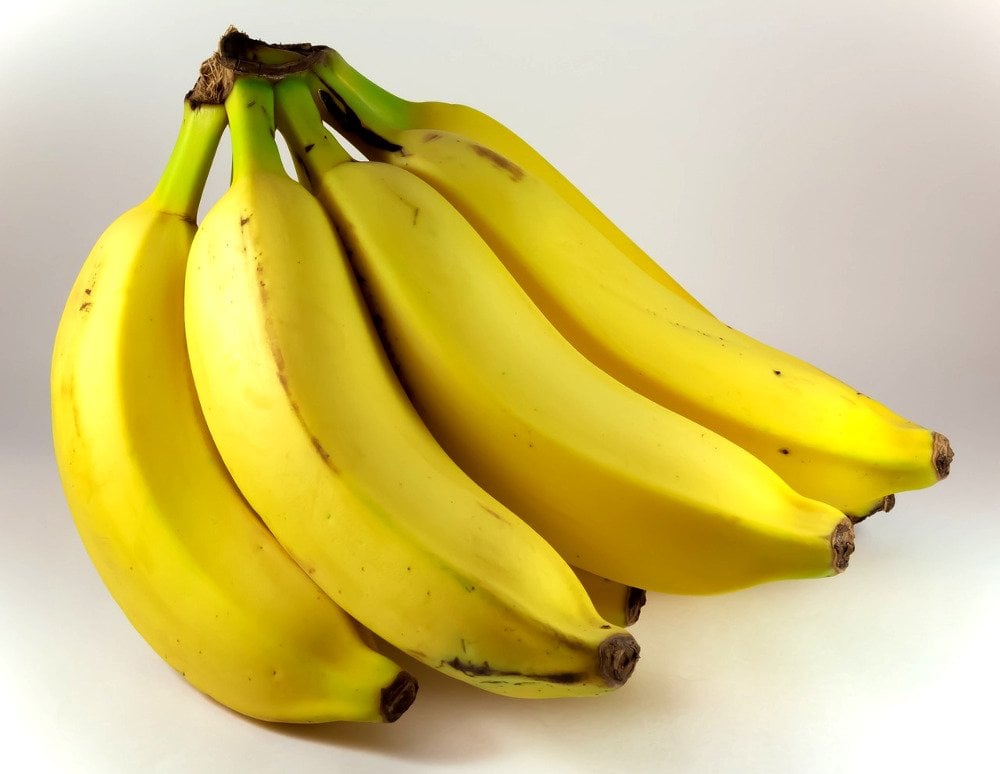 Bananas (and many other fruits) ripen and taste sweet when savory or flavorless starches are converted into sugar with the help of an enzyme called amylase. Amylase is present in foods that contain a significant amount of starch, but little sugar, such as potatoes, rice etc.

Interestingly, amylase is also present in the saliva of humans (and many other mammals), and plays an instrumental role in the digestion of food. That’s why foods that contain lots of starch, but very little sugar, start to taste somewhat sweet when they are chewed, as the amylase present in the saliva breaks down a portion of that starch (in the presence of water) into sugar. Potatoes have a high starch content, which makes them somewhat sweet, and therefore a food of choice for many people (Photo Credit : Pixabay)

There are usually two ways in which a fruit tastes sweeter: one, it has a high sugar content to begin with; or two, your tastebuds can access the sugar present in that fruit more rapidly (compared to other fruits).

A frozen-to-thawed banana tastes sweet because of both these factors.

What happens when a frozen banana is thawed?

As mentioned earlier, bananas contain water, so when these fruits are frozen, the water inside it crystallizes and expands. This sort of expansion breaks the cellular structure of the banana (i.e., destroys its cell walls), which makes it somewhat limp and soggy when thawed. Such freezing and thawing of a fruit also causes its cell contents to run off its surface. If you taste the liquid running off a frozen-thawed fruit, you would find that it’s incredibly sweet

However, there isn’t much excess liquid in bananas (unlike some other juicy fruits, such as oranges), so the cell contents (that splurged out due to the destruction of the cell walls) mostly stay within the pulp of the banana, making it much sweeter than a ‘normal’ banana.

The other thing that happens while the fruit is defrosting is that all the amylase and starches in the cells are now able to diffuse (slightly) through the defrosting fruit pulp. The amylase is no longer confined to the cell in which it started, where it may have completed its starch-converting job, and is now free to find any remaining starch that may have come out of other nearby cells. This means that some of the remaining starches will be converted into extra sugars.

Note that the enzyme amylase (which is present inside the banana) survives the freezing and subsequent thawing of a banana. The reason is that a single amylase enzyme is smaller than a cell, which is why it doesn’t get pierced by ice crystals. However, some of the amylase enzyme does get destroyed, but it can handle a single freezing-to-thawing cycle much better than the cell walls of the banana, which get permanently destroyed.

While the banana is being thawed, the amylase and starches present in its cells diffuse through the defrosting food pulp. This leads to the additional conversion of some starches to some (extra) sugar, which further contributes to the sweetening of the frozen-to-thawed banana.

The short URL of the present article is: http://sciabc.us/6TGR4
Help us make this article better
Prev Article Next Article
About the Author