Pineapples have an enzyme called bromelain that can break down proteins. That enzyme can digest the cells in your mouth.

Now, don’t worry… this question wasn’t referring to a sentient pineapple with a taste for humans. However, even without sentience, the pineapple can eat a little bit of you.

Just as you digest food by breaking large molecules into smaller, easy-to-absorb molecules, pineapples can break down the molecules that make your cells and bodies. In fact, every time you eat a pineapple, it eats a little bit of you.

So, what’s happening here? Why can a pineapple eat you? And if it can digest us, why do we still choose to consume it? 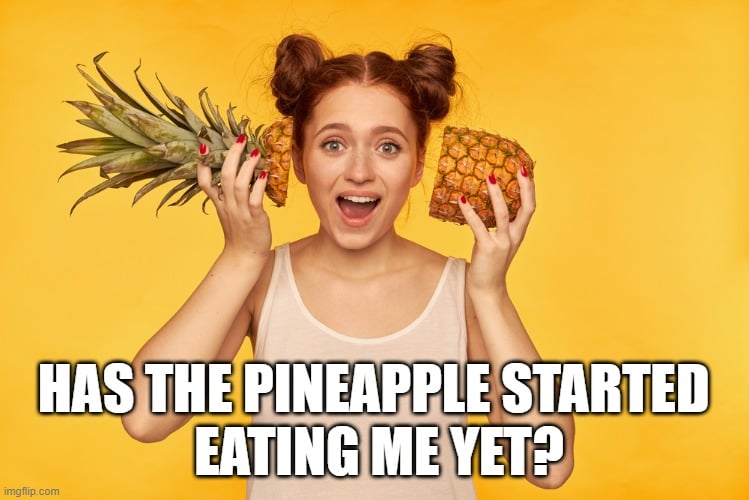 She’s going about this all wrong

Bromelain, the digestive enzyme in pineapples

An enzyme is a molecule, usually a protein, that helps reactions in the body happen faster. Bromelain makes it possible to chemically cut up proteins. 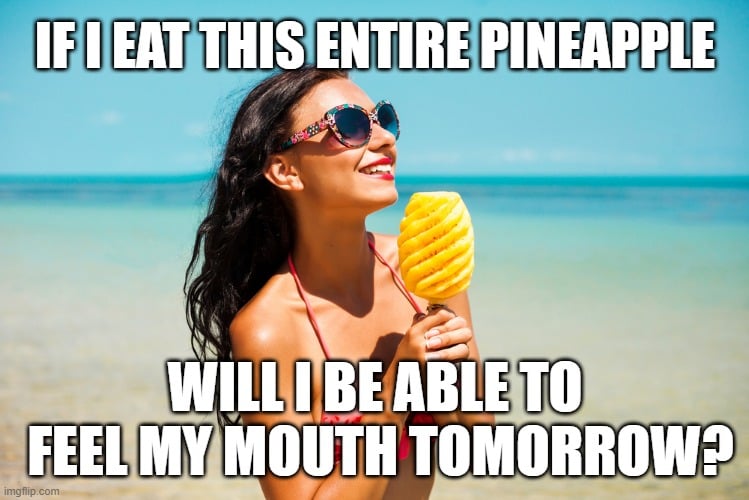 That is a good question

What bromelain does to you when you eat a pineapple

Every time you eat a pineapple, it eats a little bit of you.

Proteins make up living things (when you exclude water and fats). They are the skeleton of your cells, the glue that holds two cells together, and the machines that run your cell. An enzyme that can break down protein will damage cells.

The stinging, tingling pain that your tongue feels when you eat a pineapple is bromelain (and the pineapple’s acid) digesting your tongue. The bromelain is physically damaging your cells.

If you eat too much pineapple in one sitting, your mouth will hurt. Your tongue might feel like you’ve scrubbed it with sandpaper. Thankfully for us, the tissue in our mouth heals faster than the rest of the body, and saliva comes equipped with our body’s very own painkillers. 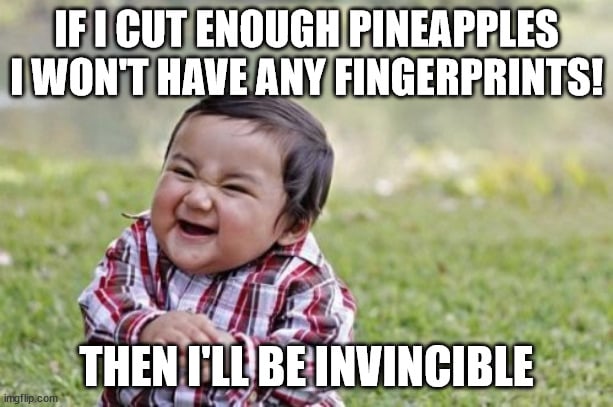 But don’t worry. Once you’ve swallowed the pineapple, the stomach’s acid and your body’s very own proteolytic enzymes will break down bromelain.

Other fruits that can eat you

Interestingly, papayas don’t sting your tongue when you eat them because, unlike pineapples and kiwis, they aren’t acidic. The acid and proteolytic enzyme combine to hurt your tongue.

Bromelain and papain are used to tenderize meat. The enzymes digest the proteins in the meat. Muscle, the main component of which is meat, is largely made of protein. By breaking down the proteins, you’re making the meat softer. Leave the meat in the digestive enzymes long enough and you’ll have a very tender cut of steak.

These proteolytic enzymes are also the reason you can’t make jelly (or jello, depending on where you’re from) with raw pineapples, papayas and kiwis. Jelly is normally made using gelatin, a protein that hardens when it cools in water to form jelly. Bromelain and papain will simply digest the gelatin, thereby preventing it from forming the jelly.

Why does pineapple have a proteolytic enzyme?

Why some fruits have so much protease that they can hurt your mouth is anyone’s guess. 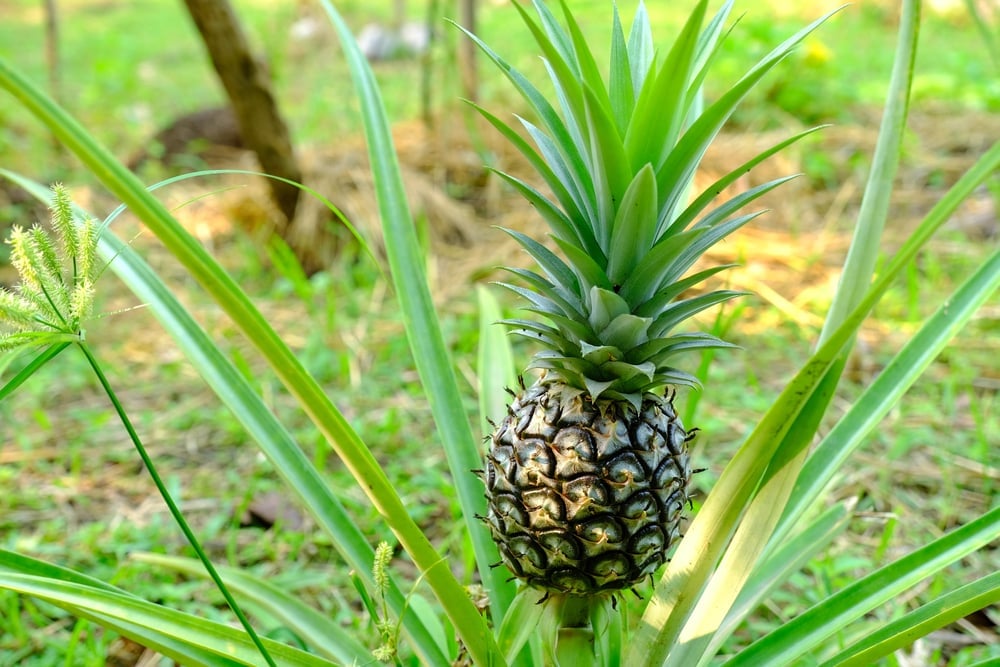 The proteolytic enzymes in the pineapple might help protect it from predators. (Photo Credit : S. Mahanantakul/Shutterstock)

Another reason might be that the enzymes help the seed mature. Enzymes play an important role in sending messages to the cells. These messages might tell the cell when to start something, such as germination, or when to stop something, like when to stop ripening the fruit. Without these enzymes, the seed might not develop properly.

There is a silver lining for all you pineapple lovers out there. If you want to avoid the sting from the fruit’s bromelain, simply cook the fruit. Enzymes change their shape when they’re heated, and an enzyme’s functioning depend on its shape. Break the enzyme’s shape with heat and the enzyme won’t work.

Alternatively, you could dunk your pineapple in salty water. Salt will similarly break the enzyme’s shape.

However, if you’re willing to unleash the inner daredevil in you, eat a pineapple raw!