The mere mention of snowflakes induces a fuzzy warm feeling of the holidays, blankets, and lovely stretches of pure white snow. What could possibly be better than experiencing the feeling of soft snowflakes falling on your skin on a pleasant, brisk day. You’ve surely played with snowflakes at many times in your life, but have you ever stopped to wonder why they have those stunning, intricate shapes?

A snowflake is an ice crystal, or an accumulation of ice crystals, that fall to the Earth from the atmosphere. These flakes begin their journey as snow crystals, and then develop gradually as supercooled microscopic cloud droplets freeze. Despite being made of ice, snowflakes generally appear white (due to the reflection of the entire spectrum of light by the small facets of the crystals). 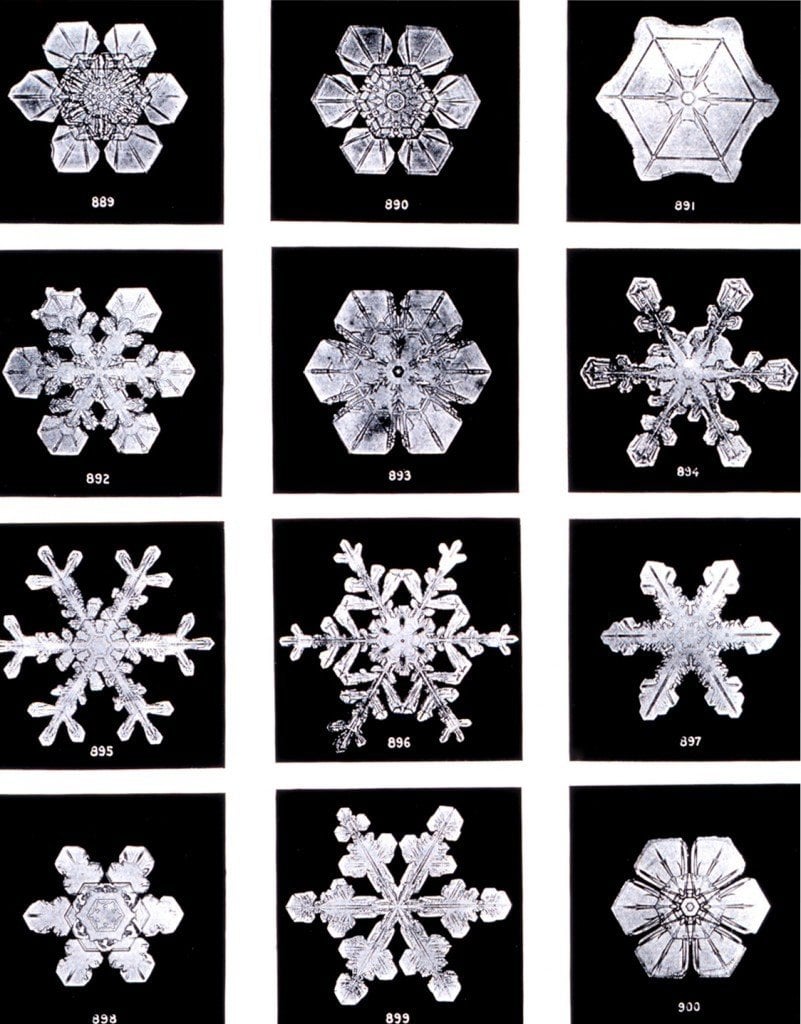 Snowflakes come in a seemingly endless variety of shapes and sizes. Some are simple and hexagonal-shaped, but others are much more complex in their shape. There are snowflakes that have intricate patterns and designs, which is why they appear so fantastic, particularly under a microscope. Due to their exposure to different atmospheric conditions, almost all snowflakes are unique.

Factors that Determine a Snowflake’s Shape 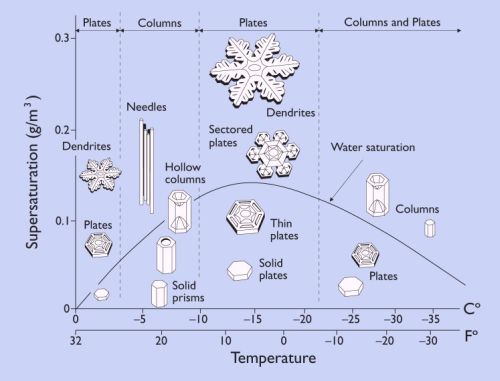 Two factors play key roles in determining the shape of a snowflake: temperature and humidity.

Kenneth Libbrecht, Professor of Physics at the California Institute of Technology, made some extensive observations regarding snowflakes’ shapes in different atmospheric conditions. He observed that snowflakes formed below -22 degrees Celsius (-7.6 degrees Fahrenheit) have comparatively simpler shapes than those formed in warmer temperatures.

The other crucial factor is humidity. It has been seen that the most intricate patterns in snowflakes are formed when there is ample humidity in the air. On the contrary, however, drier air results in snowflakes with simpler designs.

Why Are Snowflakes That Particular Shape?

Snowflakes commonly display a hexagonal shape; in other words, they form based on six-fold radial symmetry. The reason for this can be assumed to be from the fact that the crystalline structure of ice is also six-fold. The six arms of a snowflake grow independent of the growth of the other arms, which is the reason why a snowflake is never absolutely symmetrical. The environment where a snowflake grows also undergoes continuous changes in its temperature and humidity. Furthermore, the clouds through which a snowflake passes do not have a uniform temperature and water content. These changes impact the way that water molecules (present in the atmosphere) become attached to the snowflake.

Popularity of the Symbol 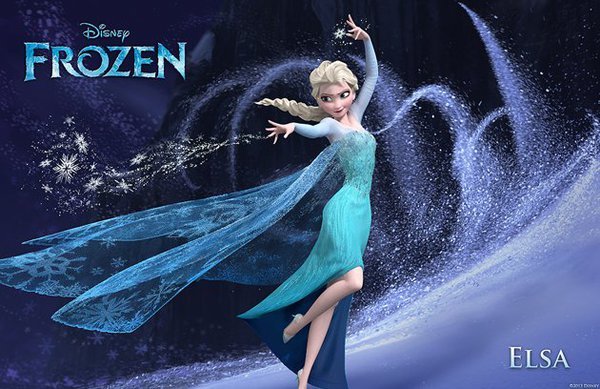 Due to their exquisite design, snowflakes are immensely popular in various fields. For example, the symbol of a snowflake is often the seasonal image used around the time of Christmas. Making snowflakes out of folded paper is also quite a beloved activity among children. This symbol is generally used to represent winter, which is why it was widely used in Frozen, an animated movie that was released in 2013, which depicted a princess that possesses the power to create and mold ice.

Nature not only provides us with plentiful resources, but also some extremely beautiful objects, like snowflakes, which become a great source of inspiration for people with a predilection towards the creative arts. Aside from those people, however, snowflakes inspire awe and wonder in countless millions around the world!