Mountains are physical barriers of separation that cause species to diverge and help in creating biodiversity.

When going on a trek through nature, you tend to notice the wildlife around you. Birds in the trees, frogs in little ponds, insects hiding under rocks… but have you ever thought about where you should go to see the most wildlife? Will I see more wildlife if I’m on flat ground, or is there more variety on hills and mountains?

If you look at various ecosystems and compare them, you will find that hilly terrain has more diversity. Looking at biodiversity hotspots, you see that most of them are hilly and mountainous. The Western Ghats in India, the Andes in South America and the Madrean Pine-Oak Woodlands of Mexico are some of these life-rich hotspots. 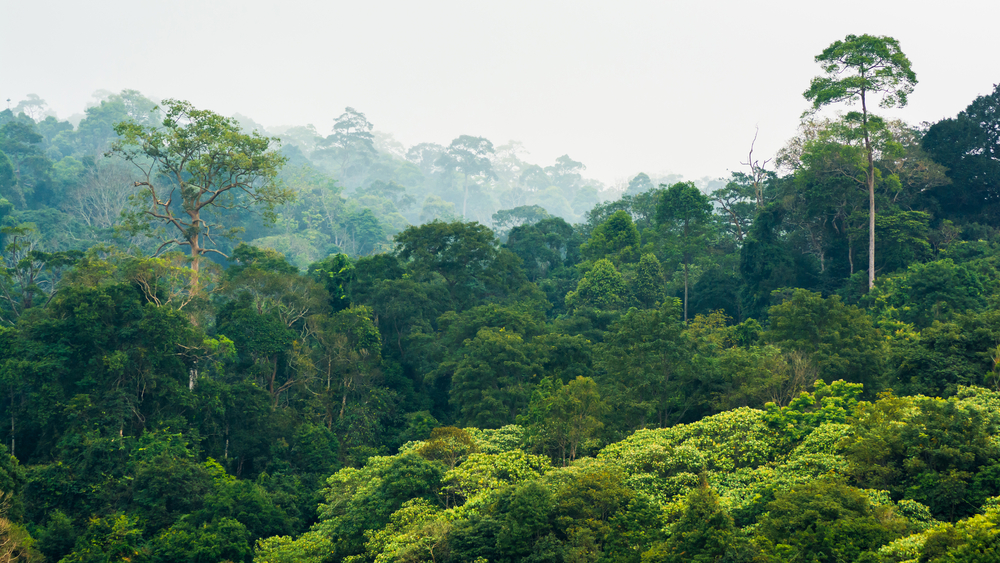 This image should paint the picture of a standard tropical hilly rainforest (Photo Credit : sittitap/Shutterstock)

There are many living creatures on our planet, and they are distributed unequally around the globe. Some regions have a lot of species, while others have very few. Biodiversity refers to the different types of life in a region, including animals, plants, fungi etc.

Scientists once believed that with time, life became more diverse. Studies done by scientists from UCLA and UC Berkley have shown that this is simply not the case. In fact, there are many other factors, such as the wetness of an ecosystem, the natural resources available, and the amount of sunlight, that increase biodiversity

Scientists also believe that “dynamic landscapes”, like mountains, help with diversity… but how?

What is Allopatric Speciation?

When the face of the Earth changes, living creatures become separated. Let’s imagine the formation of a mountain range. Before turning into a mountain range, it is a plane. There can be many members of a single species on this plane. Over time, a mountain range begins to form in the middle of this plane, which leaves two separate populations of the same species on either side of the mountain.

Over time, these two populations become different from each other. They develop different physical or biochemical traits. Eventually, they become two completely different species, a phenomenon commonly seen in birds.

But why do they form separate species?

Once these natural rifts are formed, different conditions will exist on either side of the mountain, which creates new “niches”. A niche is the role of a creature in an ecosystem. In simple terms, it is the “speciality” of an organism. To simplify this concept, let’s use an example. 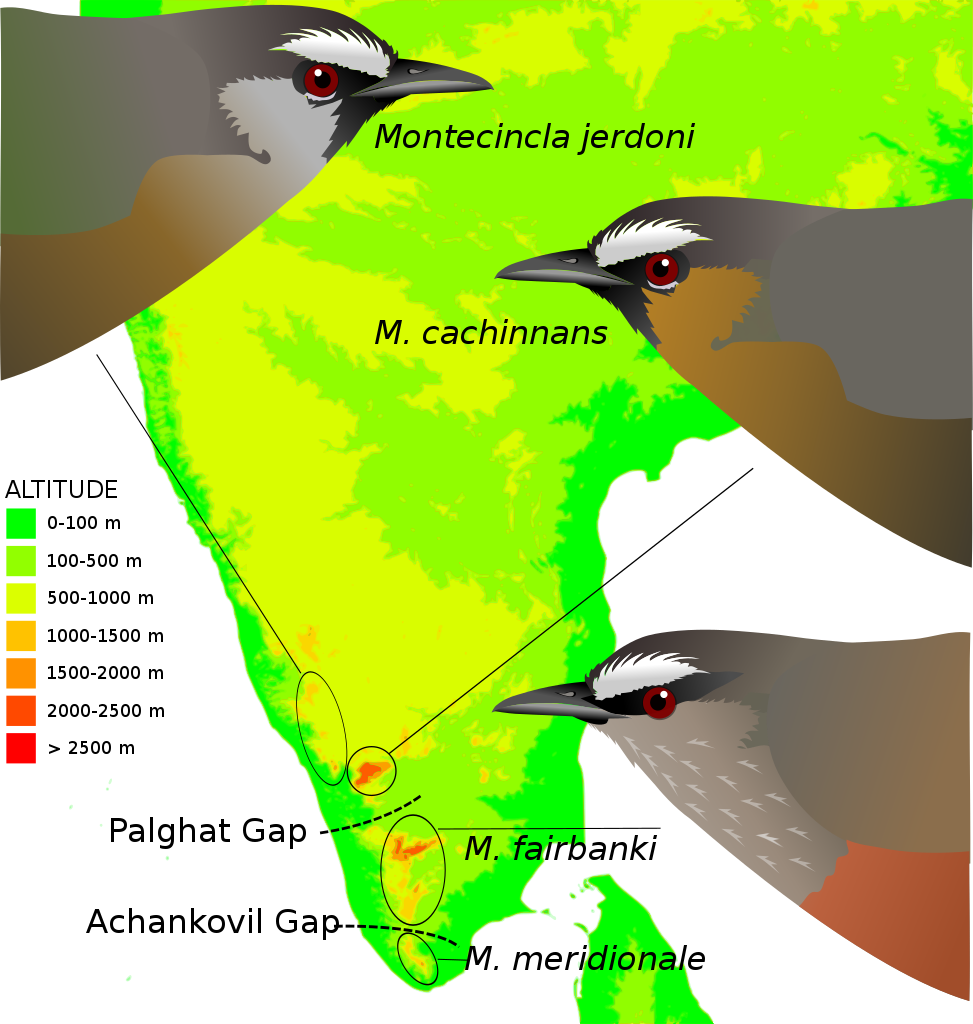 A depiction of three of the four species of laughing thrush (Photo Credit : L. Shyamal/Creative commons)

The Western Ghats are not the only example of mountains causing allopatric speciation. It can be seen from the Andes in South America to mountains under the sea!

Yes, that’s right! Seamounts are areas of high elevation, relative to the surrounding ocean floor, and recent research has shown evidence of allopatric speciation in such areas.

These seamounts influence the direction of the currents, which carry nutrients and attract many animals. Seamounts can also act as a physical barrier between two populations. This can be seen in yellowtail kingfish; they are divided into two genetically separate populations in the southern hemisphere, caused by the presence of seamounts.

A yellowtail kingfish, left, and some scuba divers diving at a seamount, on the right (Photo Credit : maxpixel& Shutterstock)

How else do mountains promote biodiversity?

Mountains are more than just physical barriers. They do not simply separate populations and cause speciation. Mountains also lead to the formation of rivers and basins. Two perfect examples of this are the Amazon rainforest and the Sundarbans.

The Amazon rainforest is influenced by the Andes mountain range. The same is true for the Himalayas and the Sunderbans. But how exactly do they influence biodiversity? The best way to understand this is to look at how a mountain range causes the formation of rivers and tributaries. 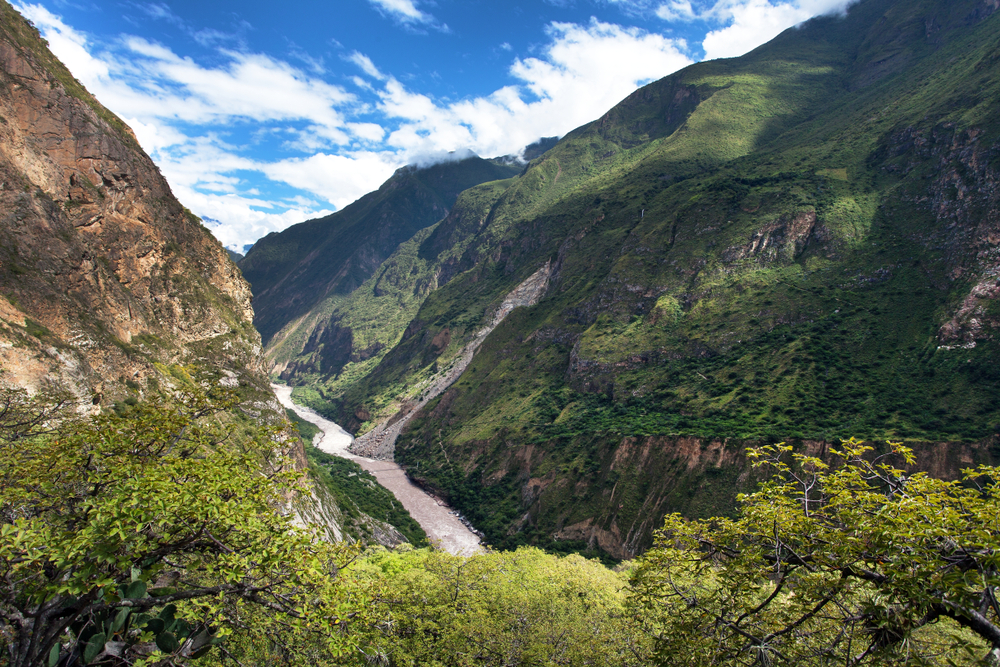 Mountains are also areas of high rainfall. The rainfall in these areas collects and forms many rivers and tributaries. Rivers carry water to various parts of the land and help create areas of high biodiversity. This is because water is the most important element of survival. The more water in a given place, the more likely a species is to thrive there. This gives rise to more niches.

Understanding the causes of biodiversity is very important for conservation efforts. Looking into the causes further helps us understand evolution. Mountains have been shown to have large amounts of biodiversity, and this article barely scratches the surface.

The changes in altitude, coupled with many other factors, are the primary reasons for biodiversity booms. Studying this phenomenon could help us learn about the future of life on our planet—and how to keep it safe!