Wind, water and glaciers are some fundamental factors that give rise to the majority of landforms. These are known as aeolian, fluvial and glacial types.

From the far-flung sea at a beach to the highest rise of peaks in a mountain range, landforms strike us with awe every time we begin to notice them!

A landform is a reflection of geological structure, sculpting processes, and time. Geologically speaking, it is the resultant impact of differences between endogenetic and exogenetic forces.

Endogenetic forces develop inside the earth, whereas exogenetic forces are the factors that affect the formation of a particular landform externally.

Mainly, there are three types of landforms, namely glacial, fluvial, and aeolian landforms.

What are fluvial landforms?

Landforms developed by a river are called fluvial landforms. You may not be surprised, therefore, to learn that waterfalls are also a type of fluvial landform. This is because when a fast-moving river flows over a cliff, it gives rise to a waterfall.

Moreover, if there is a series of waterfalls stationed one after the other, it results in the formation of a cascade. A cascade also belongs to this category of landforms!

A waterfall is a type of fluvial landform (Photo Credit : PhilipYb Studio/Shutterstock)

Not only this, but V-shaped valleys and gorges are also great examples of fluvial landforms. A V-shaped Valley is formed because liquids have laminar flow. Also, the kinetic energy of the stream is at a maximum in the middle part of the valley, which over time will come to look like a V. Another prevalent type of fluvial landform are deltas. When sediments deposit at the mouth of a river, they result in the formation of a braided river profile. When this braided river profile develops, it gradually forms a delta!

What are glacial landforms?

Landforms developed by glaciers are referred to as glacial landforms. Glaciers are nothing but moving rivers of ice. An excellent example of a glacial landform type is that of Cirque or Corri. When the sheets of a glacier move in phases, it gives rise to Cirque. Moreover, when two or more such Cirques are formed in a mountain, the resulting structure is that of a pyramidal peak. 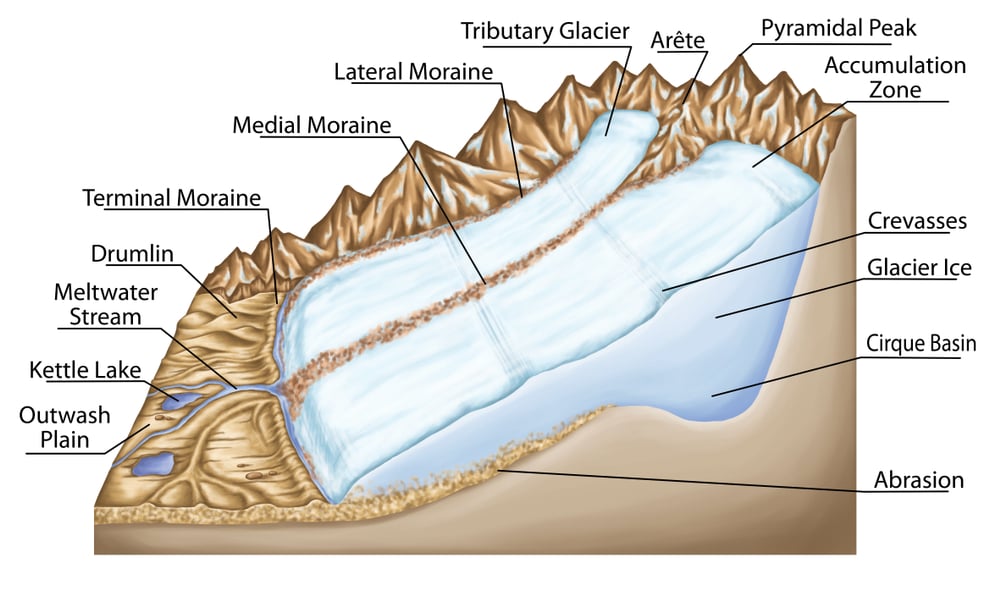 When we discuss glacial landforms, we certainly can’t forget about the majestic Fjords. Fjords are formed as a result of the submersion of V-shaped valleys in coastal regions. They play an essential role in the development of natural ports. The most common example of Fjords exists along the coast of Norway. 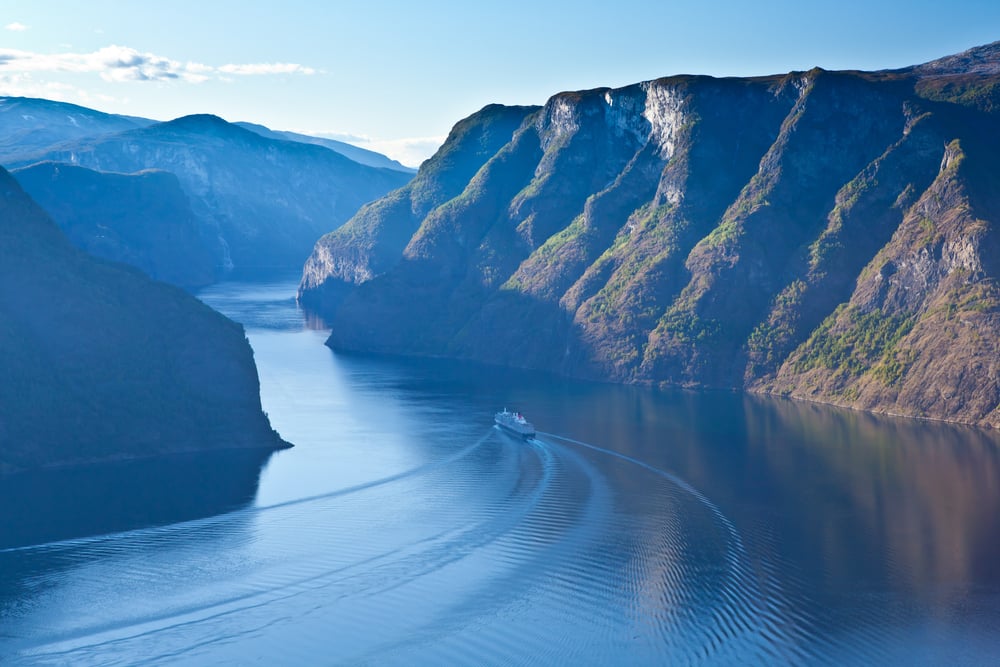 What are aeolian landforms?

Did you ever consider that wind is also capable of giving rise to a landform? Perhaps not, but deserts, playas, and mushroom rocks are a few types of aeolian landforms. They are formed by the action of wind blowing with very high intensity.

Some excellent examples of such topographic wonders are the crescent-shaped sand dunes found in deserts, which are more formally known as barchans. 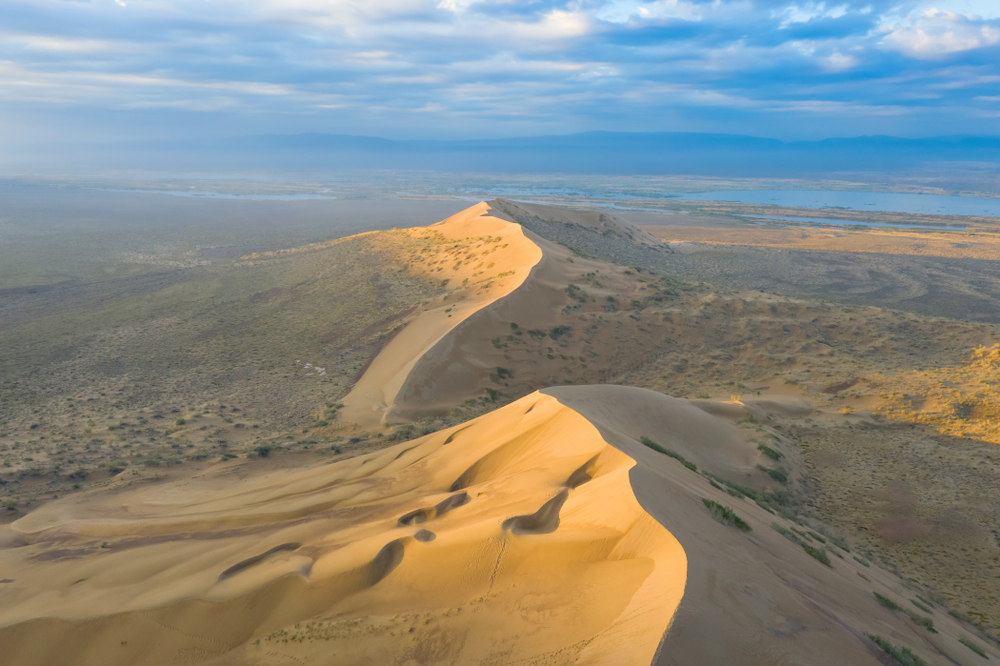 Pedestal rocks are also classified as aeolian forms. These rocks have a large upper part, although their base is very narrow, thereby resembling a mushroom. These rocks are also found in the regions which face very high intensity of wind. Such a high speed wind carves out the bottom part of these rocks by its abrasive action.

You have likely heard of Loess, which is regarded as the best agricultural soil in the world. It is nothing but an accumulation of windblown silt that gets piled up into a wondrous collection of rich soil! 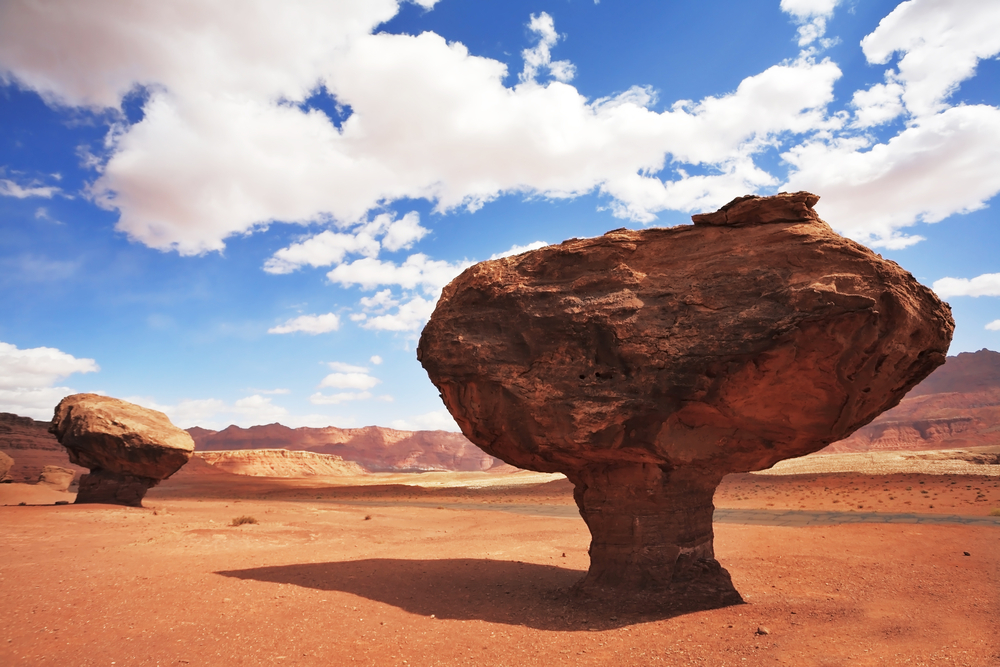 What are some other popular landforms?

Apart from the landform forces mentioned above, there is another type that forms in limestone- and chalk-rich regions. This is known as karst. They give rise to pillars that are usually observed in caves. Moreover, cliffs, caves, cloups, etc. constitute marine or coastal landforms, since they form due to erosion and deposition by sea waves or tides. Beaches are also included in this category.

Another famous, yet vulnerable, landform is that of coral reefs. Interestingly, this is one of the most unique types, since living organisms form directly within it. Corals are tiny sea anemoids that inhabit and reproduce in tropical oceans. They are usually found in association with an alga Zooxanthellae. However, they require sediment-free water for propagation and formation, and the temperature of the waters should not be less than 18 degrees Celsius.

By knowing the causative agents behind the changes taking place, we can actively classify the different landforms on our planet, as explicated above. Having a geological perspective on Earth’s topography makes it all even more beautiful!