If Earth were to change its orbit, it would mean disaster for our planet. If the equilibrium between the sun and Earth is disturbed, then our planet would crash into the sun. The orbit is the path that keeps our planet from being destroyed by the giant heat ball in the center of our solar system.

The planet on which we live is in continuous elliptical motion around the star of our solar system, popularly known as the Sun. In addition to revolving around the sun, our planet also rotates on its own axis. Although we never realize it, the Earth is continuously moving.

After a lifetime on the planet, you’ve likely gotten used to its same old style of revolution, but have you ever thought about what it would be like if Earth changed its orbit around the sun? 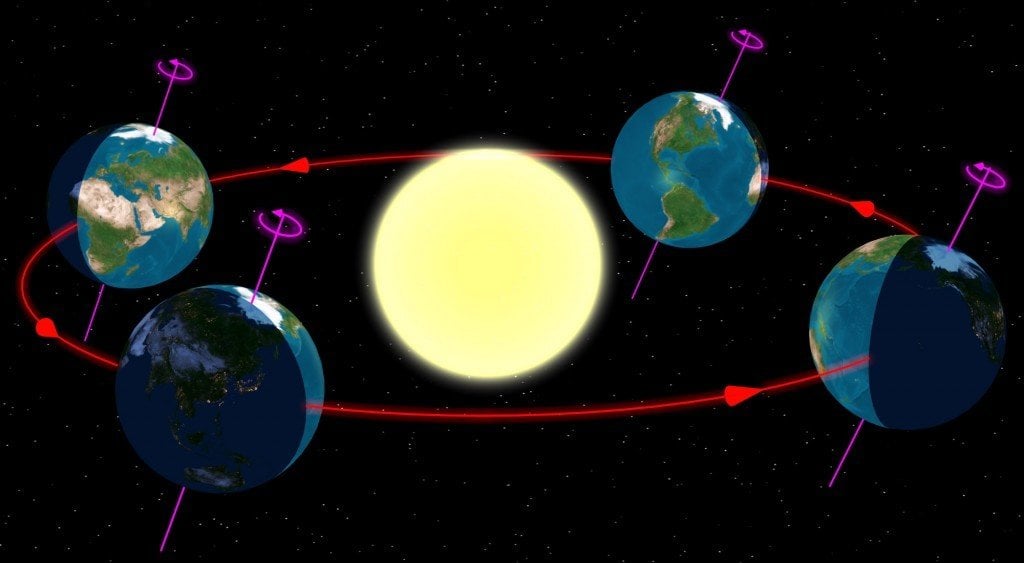 The celestial bodies in our solar system tend to revolve around the sun, the star of our solar system. This is due to the strong gravitational pull exerted by the sun on all those celestial bodies. The planets, asteroids, and all other objects are continuously revolving around the sun in definite, mainly elliptical paths. These paths are called orbits.

Almost every object in the solar system has a definite orbit to which it sticks all the time. Also, different planets revolve with different speeds around the sun. For instance, Earth takes 365 days to complete one revolution around the sun, which is why 365 days this is the duration of 1 year on our planet.

What Does An Orbit Do?

As we discussed earlier, orbits are well-defined paths on which all celestial bodies stay. However, this is not just any random path. An orbit ensures that the two bodies involved (for instance, Earth and sun) are in a state of equilibrium. Essentially, an orbit is the path on which a particular planet can stay so that the mutual gravitational forces between the planet and the sun are balanced out, meaning that they both remain in a state of equilibrium.

Also Read: What Would Happen If Earth Stopped Revolving Around The Sun?

Needless to say, if this path were to change, the equilibrium of forces would be affected, resulting in a mass catastrophe. Why? Because the heavier of the two bodies (in this case, the sun) would exert a greater force on the other body and thus pull Earth into the flaming sun.

If Earth changes its orbit, perhaps due to the sudden appearance of a heavier (than the sun) body in the solar system, it would mean disaster for our planet.

If the equilibrium between the sun and Earth is disturbed, then our planet would crash into the sun. The orbit is the path that keeps our planet from being destroyed by the giant heat ball in the center of our solar system. To understand this, imagine yourself throwing a ball a great distance. The harder you throw it (the more force you put into it when throwing), the further will it go, before ultimately falling to the ground. It is a similar case with our planet.

Earth is actually moving at a rate of 18.5 miles per second (although you don’t feel this) and it actually is falling towards the sun. However, the sheer velocity at which it is moving keeps it from crashing and destroying us all. However, if the orbit were to change, the dynamics of the situation would change and the planet’s destruction would be inevitable.

In short, if a change in Earth’s orbit ever occurs, the existence of life on Earth would come to an end.

Minor Changes In The Orbit

If Earth were to move closer to the sun, it would mean far more intense heat on the planet. Glaciers all over the world would melt rapidly, causing a rise in sea levels and global chaos. Basically, the planet would be flooded. If Earth moved farther from the sun, however, all the bodies of water on the planet would freeze, basically freezing the entire planet with them. Also, the duration of each year would be longer.

Suffice to say, we’re happy with the orbit on which we currently ride, so Earth had better not get any ideas about wandering away from its path!