There is no one definitive answer to this question as there are many different ways that artificial satellites can be repaired in space, depending on the severity of the damage and the type of satellite. However, some common methods include dispatching technicians or robots to make repairs, or using a Mission Extension Vehicle to provide propulsive capabilities and supplement the height of the satellite.

The Internet, a plethora of TV and radio channels, GPS, air traffic management, weather forecasting… and that’s only the start of the list of advantages of artificial satellites in our daily lives. It wouldn’t be an exaggeration to say that the very fabric of modern, industrialized life owes its flawless functioning to the huge man-made objects orbiting the planet hundreds of kilometers above the planet. Suffice to say, artificial satellites are incredibly important, even if we take them for granted.

Since the launch of Sputnik 1, the first artificial satellite ever made, thousands of artificial satellites have been launched into orbit around the Earth. Of those, a few hundred are currently operational. However, what happens when something goes wrong with those satellites? What if a certain part malfunctions that can cripple the entire satellite? Can such damages be repaired? And if so, how is it possibly accomplished?

First of all, artificial satellites aren’t usually meant to be repaired, i.e., they are not typically designed in a way that would allow for repairs if something goes wrong up in space. To ensure that they don’t need repairs, the manufacturers consider as many contingencies as possible when designing their satellites. Even after that design process, they are tested in many simulated conditions to verify their strength and resilience in the unforgiving environment of space. 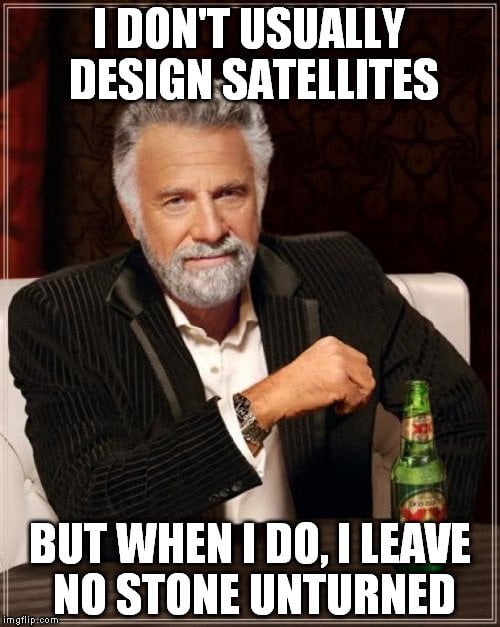 Even after they’ve made the perfect satellite (which is practically impossible), the next and most important step is to launch the satellite into orbit. This step in the process requires an extensive infrastructure, the likes of which only a handful of countries can afford. As you might have guessed already, putting a satellite into orbit is a very expensive operation, so engineers do their best to ensure a smooth transition from Earth into space.

However, despite undergoing so many tests, checks and counter-measures, satellites failures do occur. The fact that out of thousands of artificial satellites in space, only hundreds are operational, just goes to show how many defunct satellites are still up there, destined to orbit the planet for eternity. In fact, such defunct satellites contribute greatly towards increasing something called “space garbage”, which is a very bad thing.

Every once in a while, some part of a satellite may go bad, but this doesn’t necessarily result in the complete failure of the entire satellite. A satellite is kept in operation as long as possible without the dysfunctional part, until the point when it becomes completely useless. At that time, it’s simply abandoned. 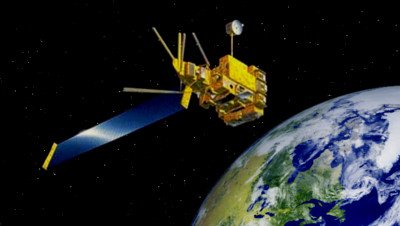 ADEOS I, a Japanese satellite. Its mission ended when it sustained structural damage to its solar panel array.

However, this doesn’t mean that every artificial satellite meets the same fate if one of its parts is damaged. Satellites like the Hubble Telescope and the International Space Station, which are of great scientific value, are repaired if they become damaged in any manner. Take the ISS, for example; it’s actually a space laboratory that consistently hosts a few astronauts and researchers. In the rare cases of damage to these structures, they can’t simply be abandoned. Therefore, technicians and experts are dispatched into space in space shuttles when such damages occur. These shuttles come very close to the satellite in question, perform a space-docking maneuver (attach their shuttle to the satellite) and make the required repairs.

A 1973 artist’s conception of the docking of two spacecraft. (Image Source: Wikipedia.org)

What does the future hold?

If something goes wrong on a satellite, there’s pretty much nothing us Earth-bound people can do without spending a lot of cash. However, repair missions, both manned and robotic, will become more feasible with the use of affordable fuel and reusable orbit-to-orbit transfer vehicles. Fortunately, there are some projects related to repair, refueling and maintenance of satellites that are already underway.

Vivisat, a 50/50 joint venture of US Space and ATK, specializes in providing in-orbit satellite life extension and protection services. It uses a MEV or Mission Extension vehicle that connects to the concerned satellite to service it and provide propulsive capabilities and supplement its height, if needed. Vivisat plans to launch its first MEV in 2018.

Phoenix, a project in operation under DARPA, aims to demonstrate and develop new satellite assembly architectures and delivery systems. Basically, it aims to assemble satellites in orbit, as well as scrap old satellites to reduce space garbage. (For more information, click here).

The Satellite Servicing Capabilities Office of NASA’s Goddard Space Flight Center has been developing a program called RRM, which has even been tested in the ISS and seen success in its initial stages. In short, RRM is a multi-phase technology demonstration of the ISS that’s currently testing certain technologies and tools to repair and refuel satellites in orbit, especially those that are not meant to be serviced. 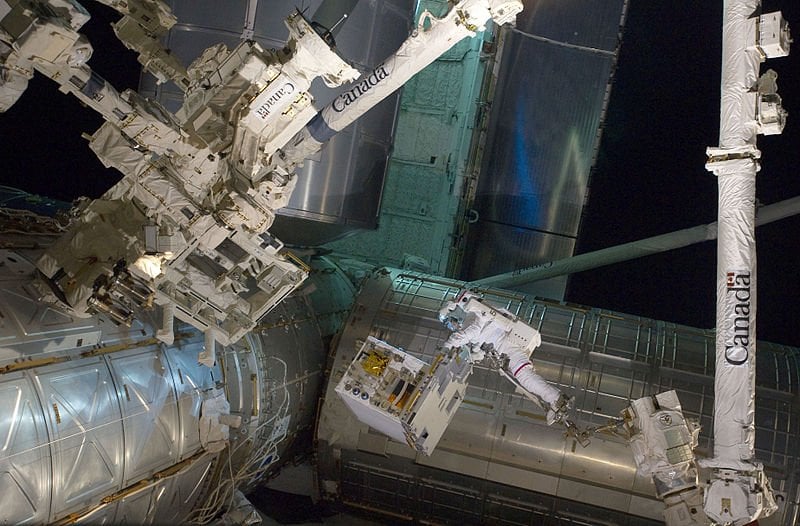 This mission consists of an RRM module (basically a box covered with activity boards) and 4 stowed RRM tools. Dextre, ISS’s twin-armed robot remotely controlled from Earth, acts as a technician that goes out to the RRM module and performs repairs on the damaged satellites using RRM tools.

These types of missions of repair and refueling of defunct satellites, some of which have minor problems, will not only make them operational, but also significantly curb the problem of space garbage and make future space flights a lot safer.