1) The sky during the day would get dark. 2) Earth’s crust would crumble. 3) Everyone chilling out at the beach would get extremely sunburned. 4) Everyone’s inner ear would explode. 5) Vehicles with internal combustion engines would stop working. 6) Pieces of untreated metals in contact would instantly become welded to each other. 7) Every structure made of concrete would crumble.

Oxygen may not be the most abundant gas in the atmosphere (that’s nitrogen), but it is certainly the most important one. Without it, no living being can survive. Have you ever wondered what would happen if the whole world was cut off from its oxygen supply for a mere 5 seconds?

You might think think that holding your breath for 5 seconds isn’t a very big deal. I mean, come on, it’s just 5 seconds after all!

In reality, however, if the whole world was deprived of it for that long, the results would be catastrophic.

Some Debilitating Changes Would Occur If That Were To Happen:

1) The Sky During The Day Would Get Dark

Light from the Sun reaches the Earth’s surface as a result of multiple reflections that occur when light particles bounce off the particles in the air (dust, oxygen molecules, other impurities in the air). The absence of oxygen means less particles for the light to bounce on, so the sky would appear dark, almost black, actually. Essentially, light would reach the Earth, but it would seem as if though it were being emitted from a point source, as opposed to what we normally see (the rays of the Sun spread in every direction). 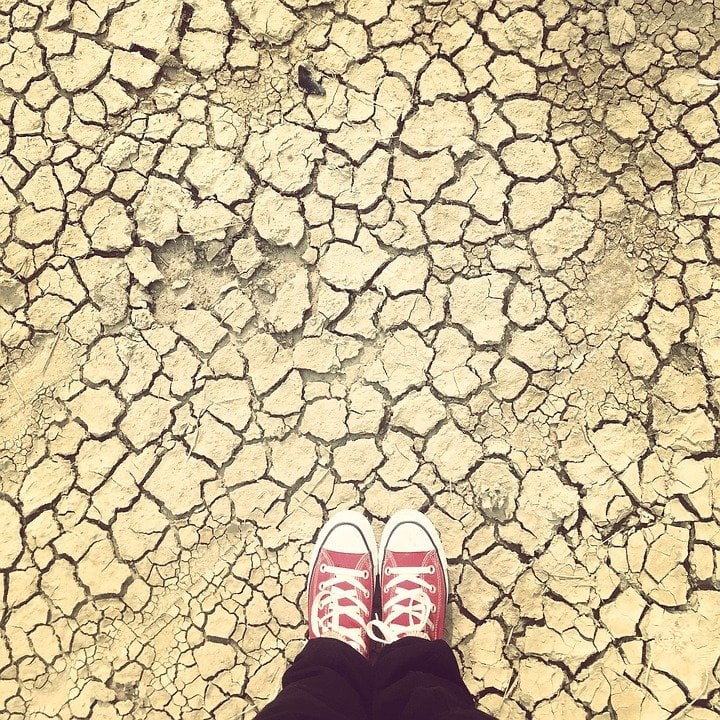 The earth beneath us won’t simply crack, but also turn into dust, until we have nothing to stand on. (Image source: pixabay.com)

Oxygen constitutes 45% of the Earth’s crust. Therefore, without its major constituent, the earth below us would disappear and we would free fall. That’s why we require those futuristic flying cars…. PRONTO!

3)  Everyone chilling out at the beach would get extremely sunburnt. 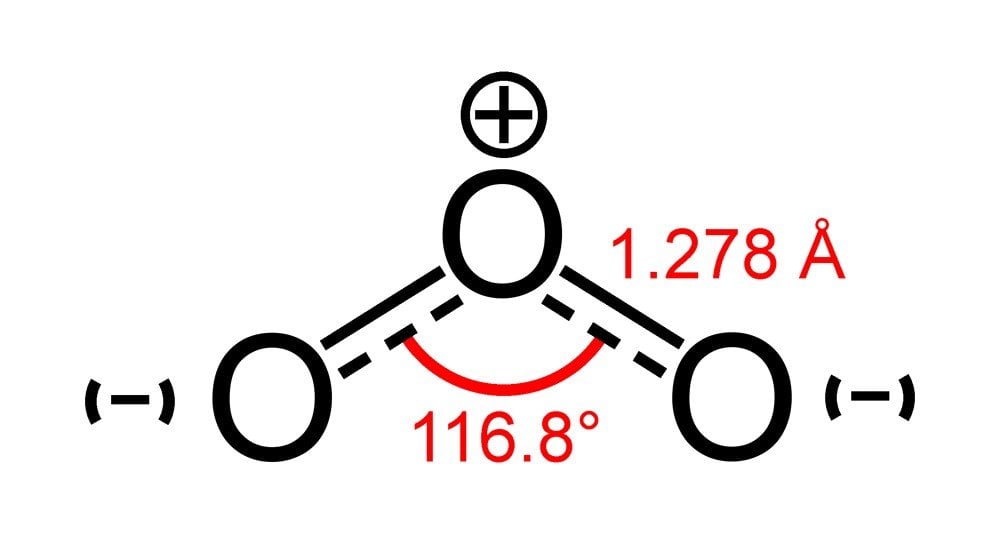 Ozone is the gas that prevents most of the UV from sunlight from reaching the troposphere. It is entirely comprised of molecular oxygen (ozone=O3), so basically…. it would be like living inside a toaster. 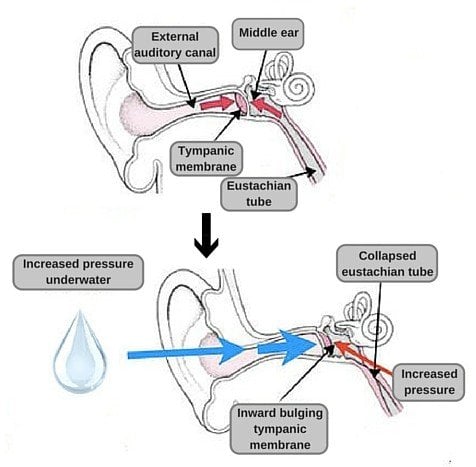 Also Read: Switching Off Earth’s Gravity For 5 Seconds: What Would Happen?

We would lose about 21% of the air pressure in an instant, which would be similar to jumping from sea level to nearly 2000m almost instantly. This would prevent the eardrums from becoming acclimated to the changes in pressures. We would experience something called barotrauma (refers to injury sustained from failure to equalize the pressure of an air-containing space with that of the surrounding environment). Barotrauma usually occurs when there is a sudden change in pressures. For example, during deep sea diving or air travel, we feel as though our ears have gotten clogged up. In the absence of oxygen, we would experience something like this, but on a much larger scale. Therefore, expect some serious hearing loss.

4) The oceans and other water bodies will start evaporating into space.

Water has two constituents – 2 parts  hydrogen and 1 part oxygen. Without the 33% oxygen, water would just be free hydrogen gas. Hydrogen gas, being the lightest of all the elements, will rise to the upper troposphere and slowly bleed out into space. So, potentially, the Earth could become a huge planet of only deserts in almost no time at all without our precious oxygen. 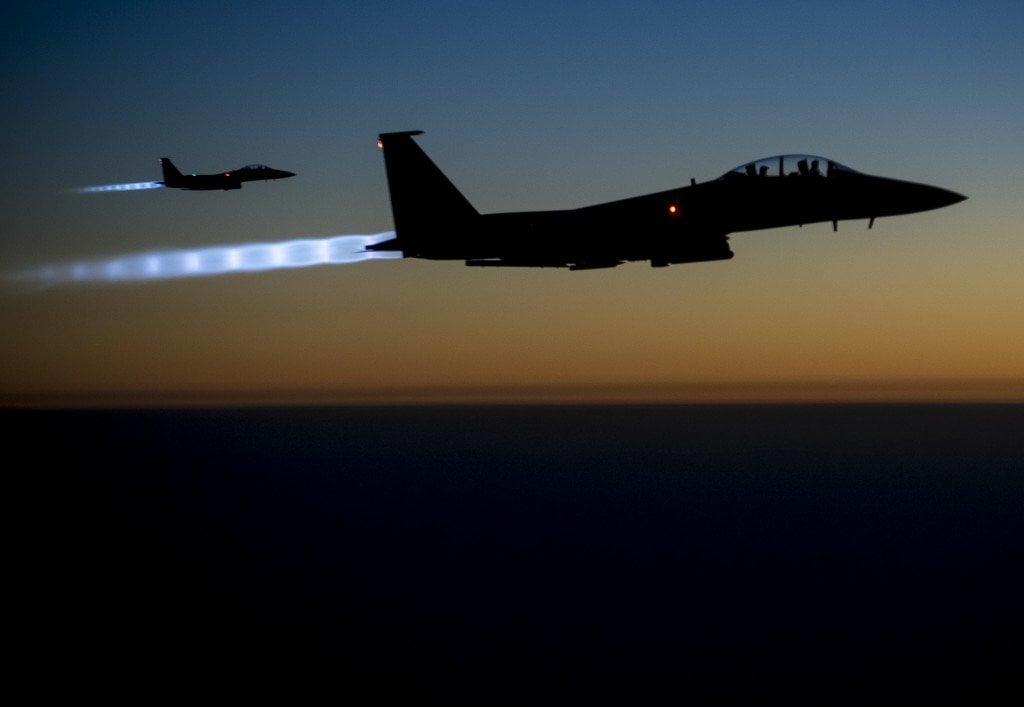 Planes will just drop down without oxygen. (Image source: commons.wikimedia.org)

All cars running on any type of fuel that relies on internal combustion engines (everything except electric cars) would just stop, since there isn’t any oxygen for the combustion process to occur. We would see planes, helicopters and even space shuttles falling from the sky for the same reason.

6) Pieces of untreated metals in contact would instantly become welded to each other.

The reason metals don’t weld on contact is that they are coated in a layer of oxidation. In vacuum conditions, metal welds without any intermediate liquid phase. This is the principle used in cold welding. In this process, small metallic objects are welded together directly, without melting the interface between the two objects. These metals are placed in a vacuum so that the absence of oxygen aids in fusing the metals together.

7) Every structure made of concrete would crumble.

Oxygen is an important binder in concrete structures, and without it, the compounds do not hold their rigidity.

We already know that oxygen is important for survival, but losing it even for a mere 5 seconds can be dangerous, if not fatal. 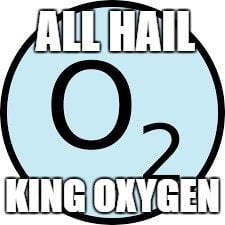 Thank you, Oxygen, for existing and letting us exist!