Back in 2004, Tilly Smith (who was 10 years old then), was relaxing at the Maikhao Beach beach with her parents in Phuket, Thailand when she noticed that “the sea suddenly became frothy, like the top of a beer bottle” and appeared to be “bubbling”. Recalling the clips of tsunami she had seen two weeks earlier in school, she told her parents that a tsunami was imminent. A tsunami actually did hit the beach a few minutes later, but not before Tilly, her parents and nearly a hundred tourists had managed to escape. (Source) 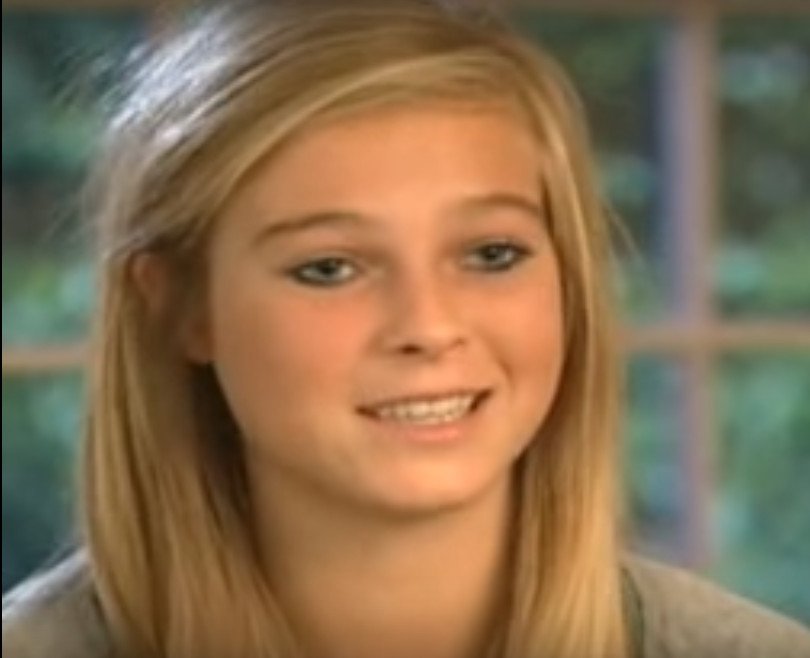 Basic knowledge of certain natural calamities and how they work doesn’t only help you recognize the early warning signs, but also helps you make decisive choices in those critical moments that might save your life – and many others’ as well. In this post, we’re going to dig into one of the deadliest kinds of natural disasters – tsunamis. What are they and how do they do make typically placid waves so fast-moving, huge and destructive?

What is a tsunami? 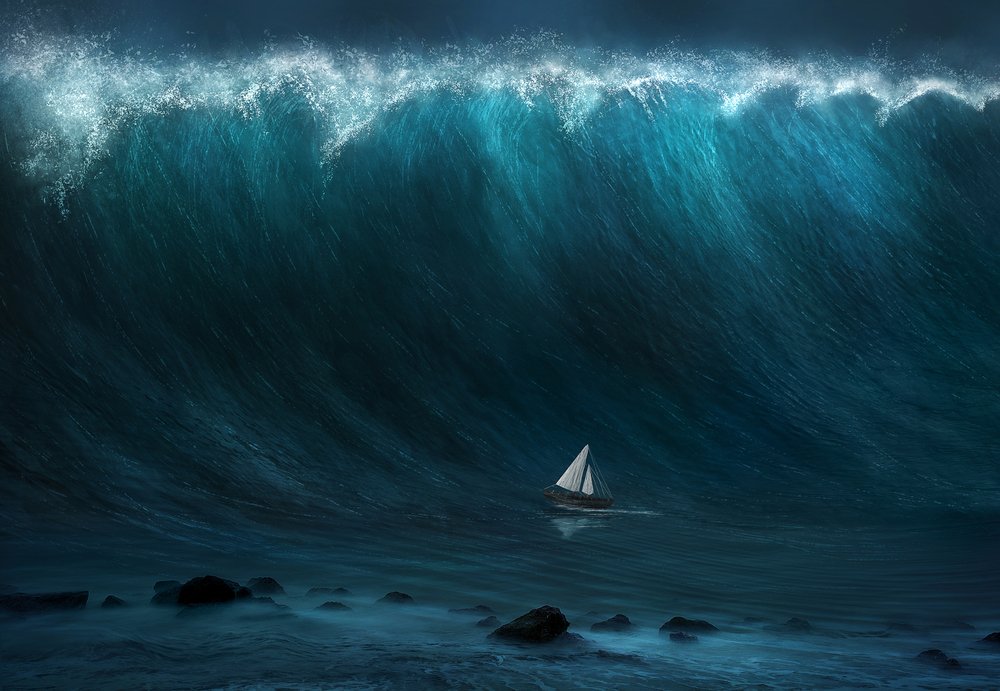 A tsunami is a series of enormous waves that is caused by a displacement of a large volume of water in a water body, typically the ocean. The word ‘tsunami’ has a Japanese origin, and it means ‘harbor wave’. Tsunamis are sometimes also referred to as tidal waves, but they actually have nothing to do with tidal activity, which causes waves in the seas and oceans due to the gravitational forces of the sun and the moon. 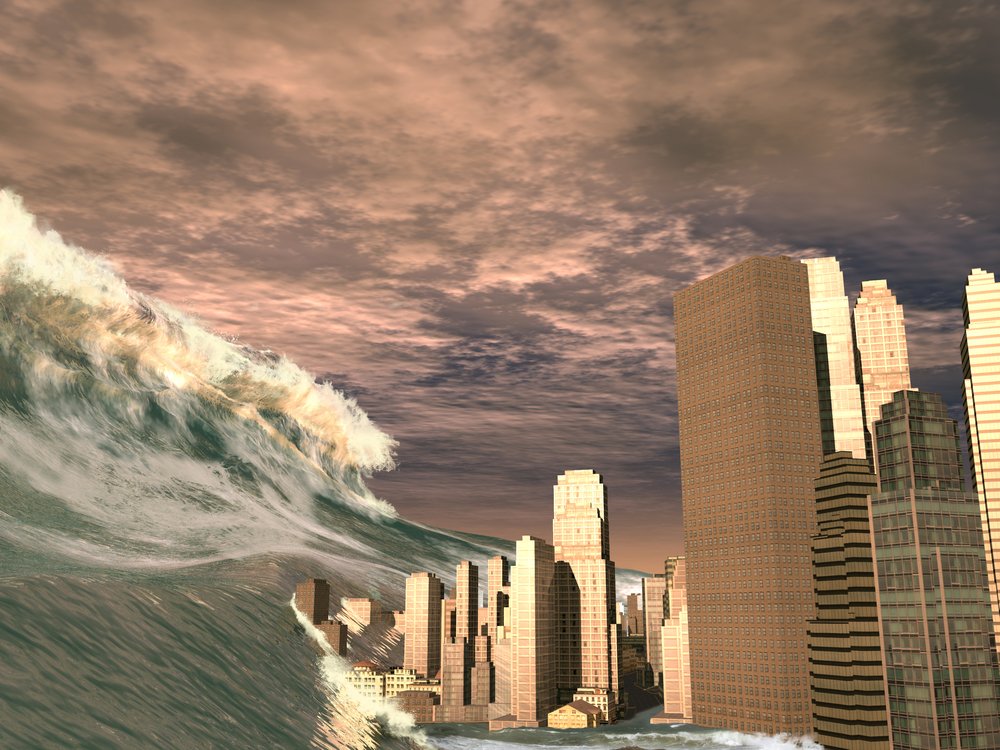 Tsunami waves are similar to regular waves in certain ways; like the latter, they also have a crest and a trough (the basic characteristics of every wave) and consist of the movement of energy through water, not of moving water itself. The difference is that in the case of regular waves, this energy is provided by wind flowing above the water, which only interacts with the topmost layer of water, causing waves that are small in size and limited in speed. However, in the case of a tsunami, the energy that moves through the water is provided by a number of factors, including earthquakes on the ocean floor (most common), underwater volcanic eruptions or submarine landslides (which rapidly displace large volumes of water, leading to the transfer of energy to the water at a faster rate than it can actually absorb).

Phases of a Tsunami 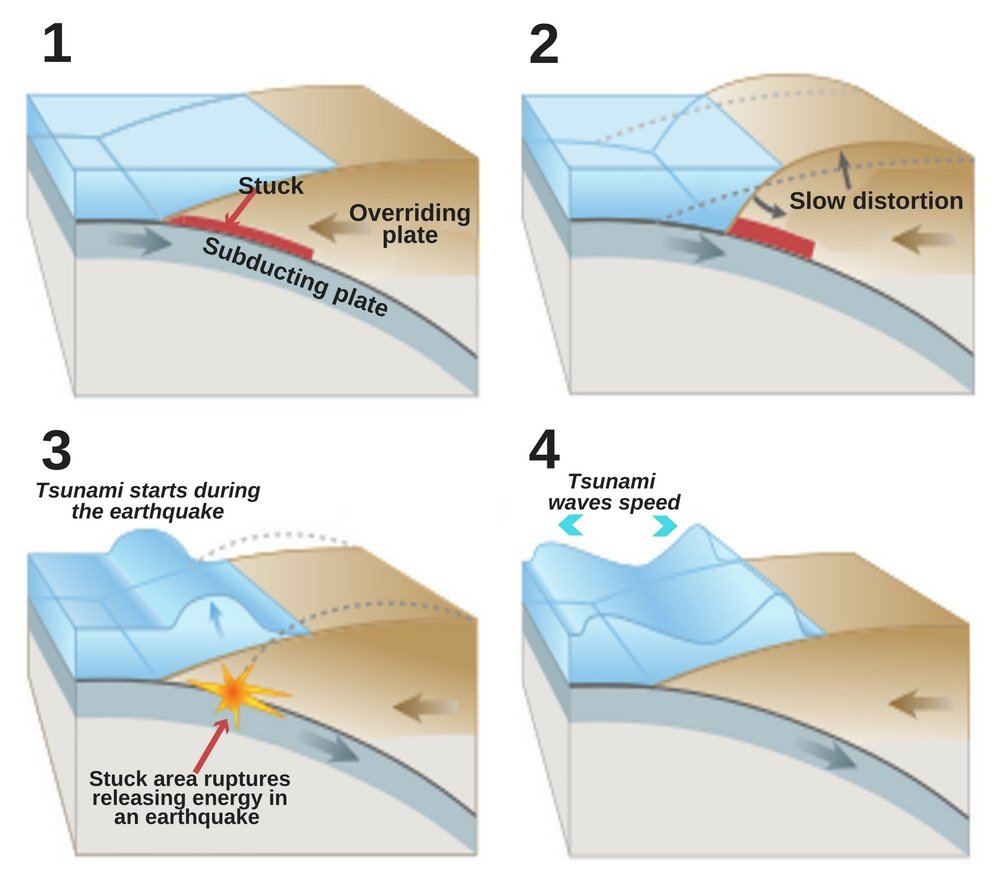 Underwater earthquakes are the most common cause of tsunamis; when the tectonic plates of the surface of the planet slip over each other underwater, an enormous amount of energy is released, which travels up to the surface and displaces huge volumes of water. As such a huge volume of water becomes displaced, causing water to rise high above the surface, Earth’s gravity pulls it back down, making the energy ripple outward horizontally, creating multiple waves that move throughout the surface. 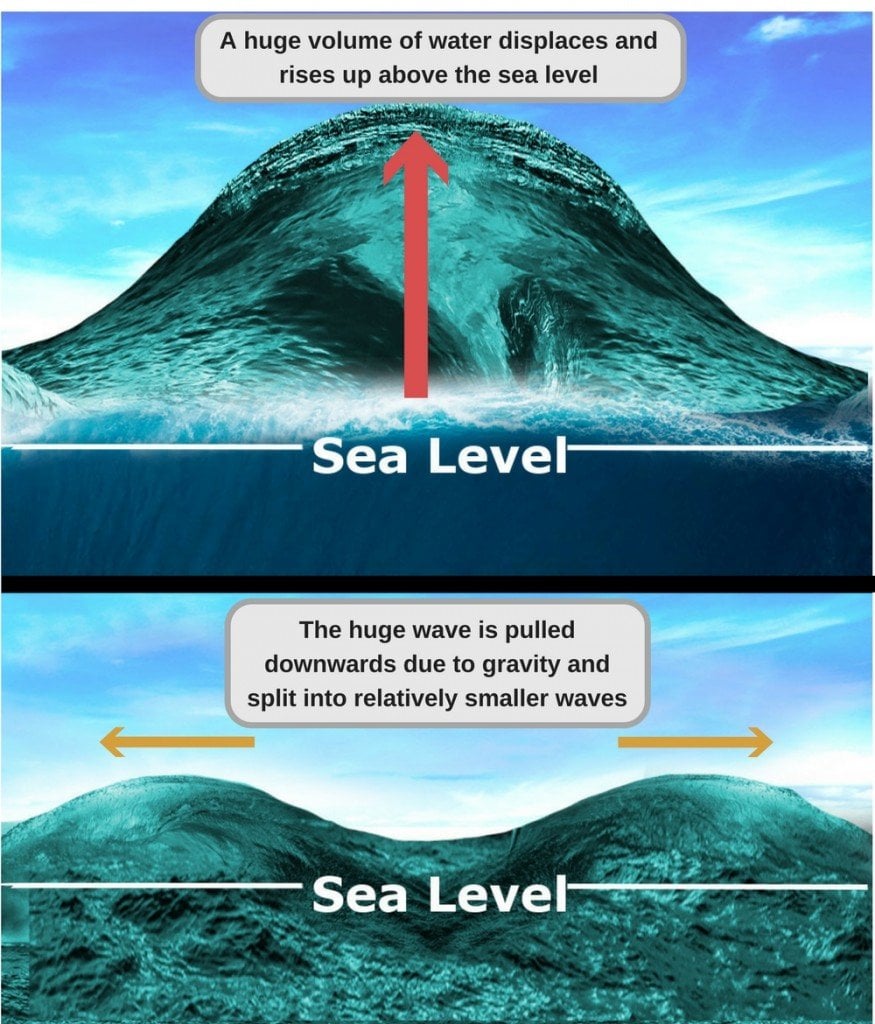 Once tsunami waves are generated, they spread out in all directions, just as a dropped stone sends ripples in all directions, and these waves can travel at over 900 kilometers per hour (more than 550 mph). The wavelength of tsunami waves is also extremely high over deep water. The rate at which a tsunami loses its energy is inversely proportional to the wavelength of the waves.

Since tsunami waves can have huge wavelengths (as much as 500 kilometers or 300 miles), the loss of energy is very small. This is the reason why, over deep waters (say, a depth of around 20,000 feet), tsunami waves can travel at more than 900 kilometers per hour (560 mph – the speed at which jet airplanes fly) without being noticed, because they don’t cause much of a disturbance on the surface over deep water, since there is limited loss of energy.

However, tsunami waves undergo a rapid transformation as they move towards the shallow waters near the shore. Since there is less water, i.e. the water depth is low, according to the aforementioned relation, the rate of energy change is enormous, resulting in an increase of wave amplitude. In other words, since the energy has less water to move through, it becomes compressed, causing the waves to slow down and increase to as high as 100 feet! This phenomenon is called wave shoaling. 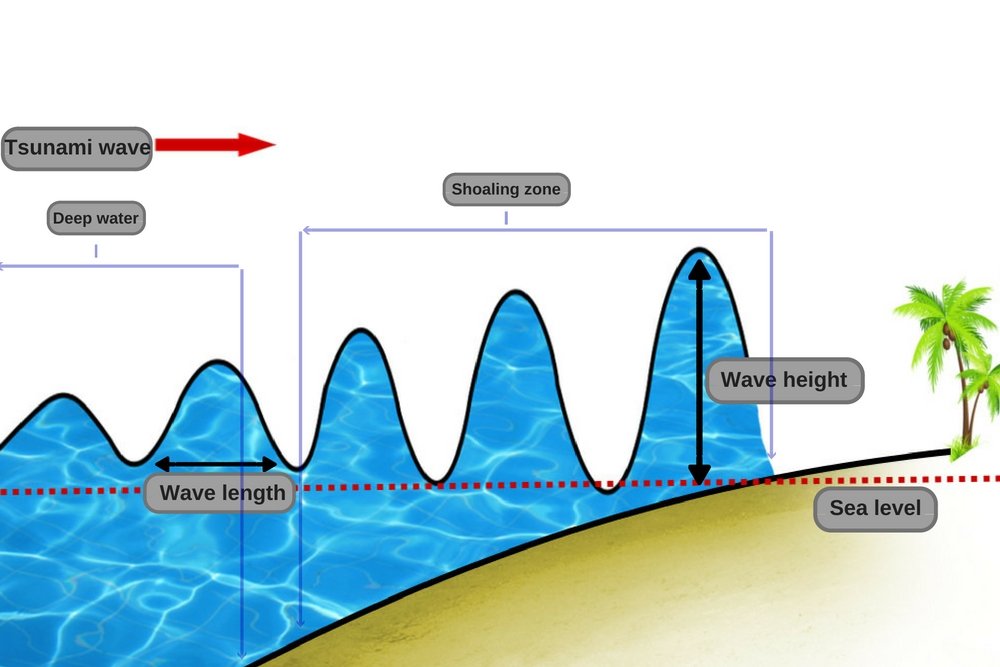 Wave shoaling: The waves become increasingly taller as they approach the shore

Due to shoaling, tsunami waves that were imperceptible in deep water can rise to terrifying heights near the shore. The fact that they’re called ‘harbor waves’ indicates that tsunami waves are only perceptible when they approach the shore, making evacuation even more difficult. Furthermore, if the trough of the tsunami wave hits the shore first, it can be even more devastating, as the water will pull back much further than normal and then come back with a powerful, towering wave that breaks inland.

Here’s an interesting Ted-Ed video explaining the science of tsunamis:

A great number of tsunamis have hit various parts of the world since the dawn of civilization and recorded history, and have caused an unimaginable loss of life and property.

Tsunami waves are gigantic, yes, but they only become apparent when they are very close to the shore. Therefore, you must look for other warning signs. Water receding from the coast and exposing the ocean floor, reefs and fish is a good indicator of an imminent tsunami wave. Survivors of tsunamis all over the world report hearing a ‘sucking’ sound before the waves strike the beach. Some unusual occurrences, like waves creating a loud “roaring” sound similar to that of a jet, as well as excessive frothiness also indicate an unusually high wave.

Things to do during a tsunami 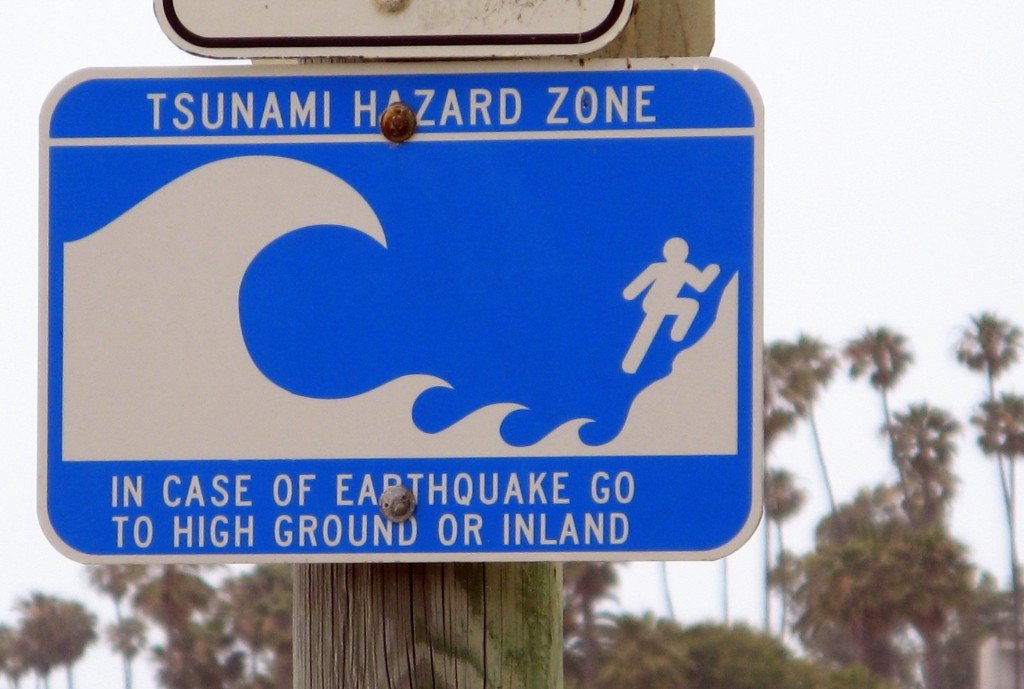 The best chance of surviving a tsunami is to move to high ground as soon as possible. Avoiding low-lying areas is key; basically, putting as much as distance as you can between the wave and yourself is a good idea. It’s a myth that the first tsunami wave is the highest, so don’t stop climbing after the first wave hits. Clear the impact area as soon as possible.

Being one of the deadliest manifestations of the fierce, unforgiving forces of nature, there is very little that can be done to fight or defend against a tsunami. Your best bet is to simply be aware of these events and move out of the way when the deadly waves strike.