How do we know where the most fish will be in the ocean? Today, satellites are helping us answer that question. Satellites can spot areas of dense algae (that appear as green patches in the water), and where algae is, there is bound to be fish!

Imagine yourself on a boat in the middle of the ocean. The sun’s rays dazzle and shimmer on the water’s surface. You row your old boat to the fishing grounds and peer over the water to see sardines just below the surface, hoping to make your catch for the day.

Fishing has been a part of human life since before civilization was recorded. We slowly went from using hooks and spears and nets to using big boats to drag massive nets across the ocean floor. Over the years, the technology to catch fish has improved in many innovative ways.

But what do you think is the next step? 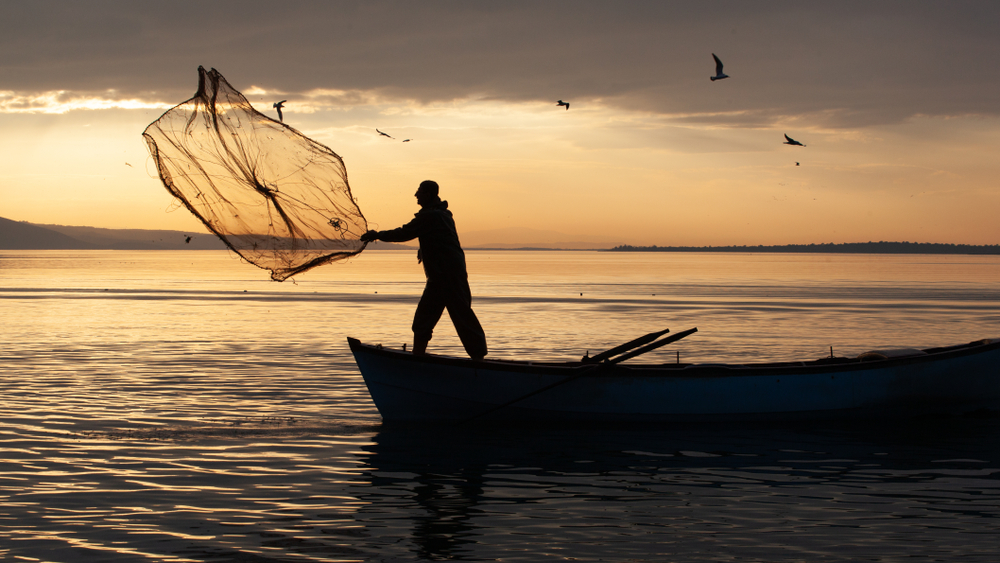 A traditional fisherman casting his net into the ocean (Photo Credit : aslan ozcan/Shutterstock)

Moths to a flame, fish to their food

Fish, like all other animals, need food to live. Many people think of worms as “fish food”, but do you see worms floating around in the middle of the ocean? No! So what exactly do fish eat?

The first step to figuring out where a marine food chain starts is by comparing it to food chains on land. Now, you must be thinking, “Oh! the food chain on land starts with plants!” Indeed, that’s the same for food chains in the ocean.

The beginning of the food chain in any ecosystem is going to be a plant. They are called “primary producers” because they convert raw materials into food through the use of sunlight. Without them, animals would have no source of food and would not exist.

The primary producers of the ocean are algae. Some of them may be large and even look like plants on land, like kelp. However, more often than not, they are tiny and microscopic! All of these different types of algae are collectively called phytoplankton. 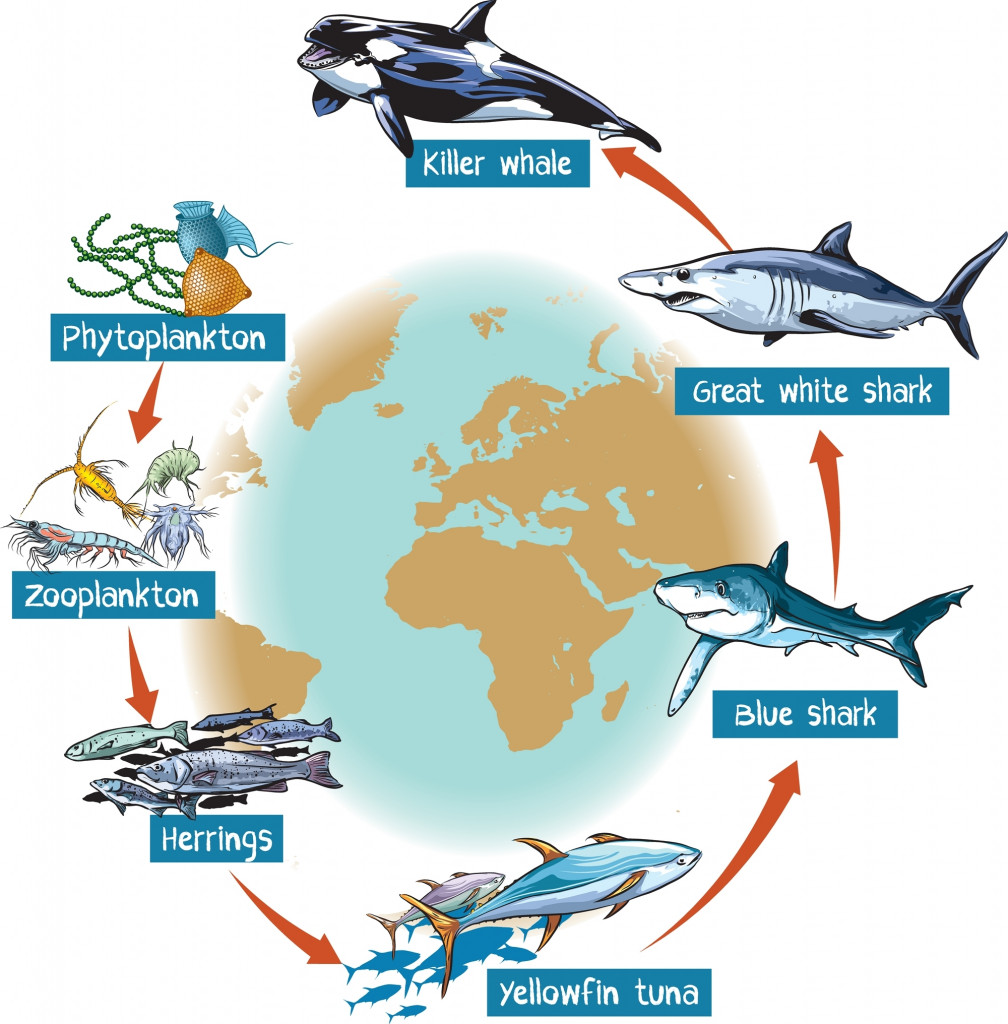 A typical diagram of what a marine food chain would look like. (Photo Credit : EreborMountain/Shutterstock)

Now, unlike plants on land, phytoplankton won’t always be in the same location… so how do we find out where the phytoplankton are?

Searching for plankton from space

The location of phytoplankton is always going to keep changing. These tiny organisms are carried by the current from one place to the next and leave a trail of breadcrumbs, allowing the rest of the marine animals to follow them.

However, if it’s difficult to track fish using satellites, how would you be able to track microscopic plants? Well, the key lies in the word “plants”. 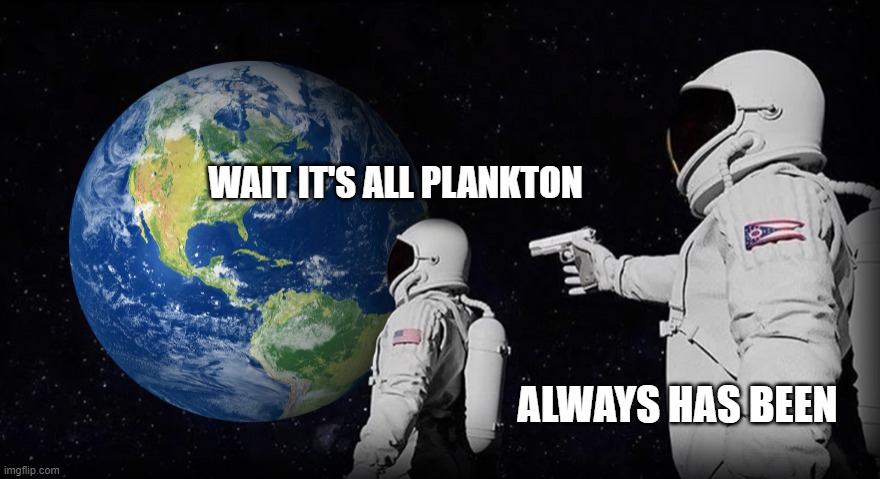 If only it were that easy to find plankton, right?

Satellites have very specific and sensitive sensors. These sensors detect changes in the amount of absorbed light and tell us where the phytoplankton can be found. Satellites can help us pinpoint these places on a map.

Additionally, there is a higher concentration of phytoplankton if more light is absorbed. This means that more fish would come to these areas, making them a better area for fishing than others.

Now, with the help of satellites, fishermen can find their fishing grounds with more ease. Most people would ask, “Won’t this harm ecosystems?” That would be true if fishermen owned their personal satellites to help them. Unless Jeff Bezos or Elon Musk decide to get on a boat and sail the seven seas, I think our oceans are safe from any space-based exploitation.

So, how exactly do satellites help fishermen and will our oceans be safe? Lucky for us, most satellites are government owned, often through private partnerships. This means that the data on where to go fishing is owned by governments.

This is currently being used in the coastal states of many different countries, including India. The use of three satellites, namely the NOAA-AVHRR, Oceanstat2 and MODIS-AQUA satellites are helping with this venture. This is helping fishermen and protecting the environment through a two-way collaborative understanding between the government and the people.