A horse with a broken leg is usually killed because it is very difficult to heal a horse’s broken leg properly. In addition, the blood flow of a horse depends on its hooves. Keeping a horse still for a long period of time to allow its bone to heal is an enormous risk to its life. In addition, the cost of such treatment is quite high.

Horses are among the fastest and most magnificent animals in the world, and humans have had a special bond with them since the dawn of civilization. And with good reason!

Horses were one of the first animals to be domesticated and befriended by humans. They always stood out from other animals because of their breathtaking speed, unsurpassed strength, and physical performance. 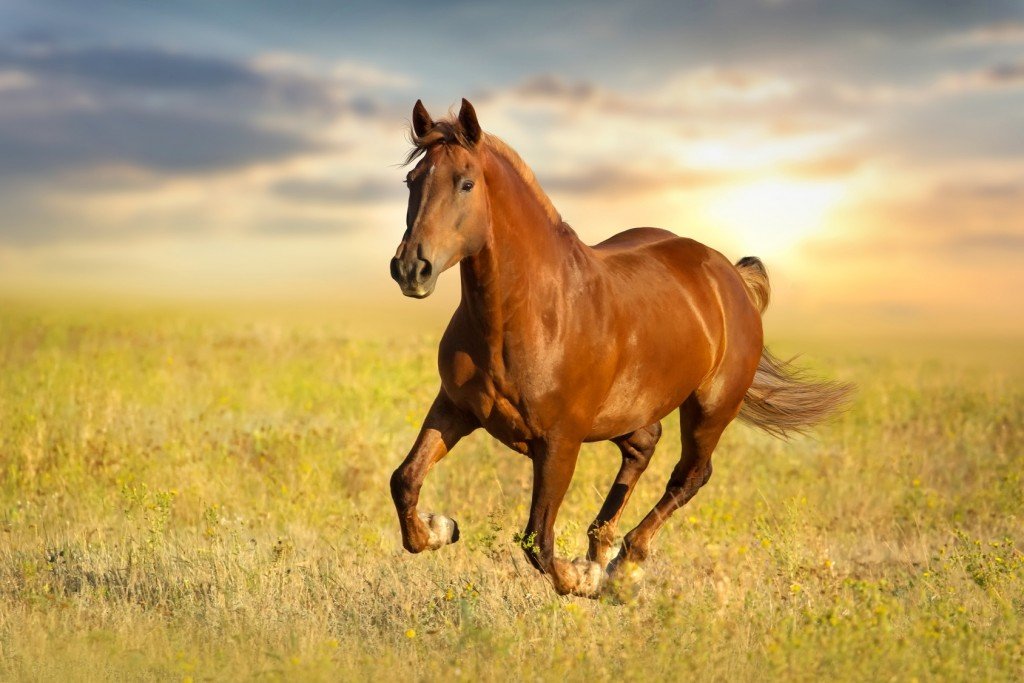 There is a reason the phrase ‘healthy as a horse’ is used to denote prime fitness of a person. (Photo Credit: callipso88 / Fotolia)

Horses have been used in combat, in the transport of people and goods, and in activities that require immense physical labor, so the engine power of a car is measured in “horsepower.”

In modern times, horses are more often seen competing with other horses on a racetrack or perhaps in a stable somewhere in the country.

There is, however, a fascinating – or rather disturbing – thing about horses… when a horse’s leg is somehow broken, it’s tough to repair it. Unfortunately, that’s not the unfortunate part.

A horse with a broken leg (especially if the break is of the ‘wrong’ kind) is usually ‘put down’ or euthanized. In simple words, the horse is killed.

Anatomy of the legs of a horse

Although racehorses usually suffer injuries and break their legs at race events, it can happen at any time – during leisure activities or simply while running around. 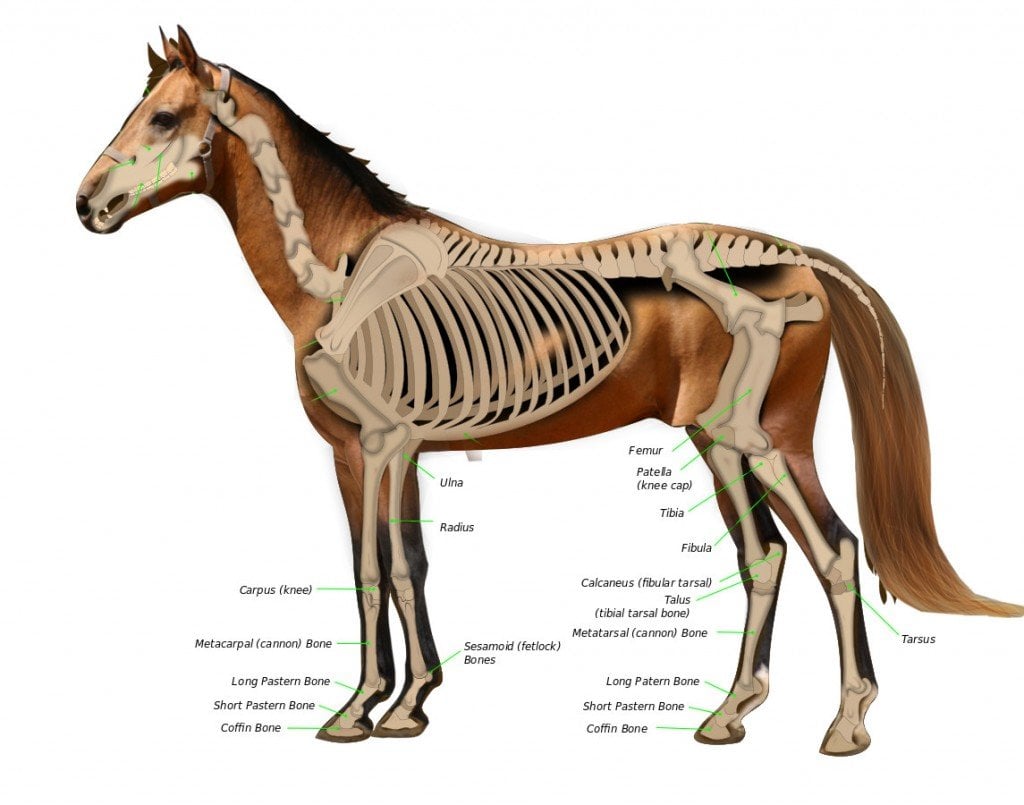 A horse has many bones in its legs.

In fact, horses are anatomically rather strange: first, they have no muscles below the knee. The reason for the incredible speed of the horses is their excellent tendon-ligament system.

The muscles located higher in the body give the tendons and ligaments enormous strength, which acts as a spring to help the horses sprint fast.

Such an arrangement of bones, ligaments and tendons helps a horse to accelerate quickly. Still, it also has its pitfalls: The bones in the lower leg of a horse, where most injuries occur, generate enormous forces but are also relatively light. 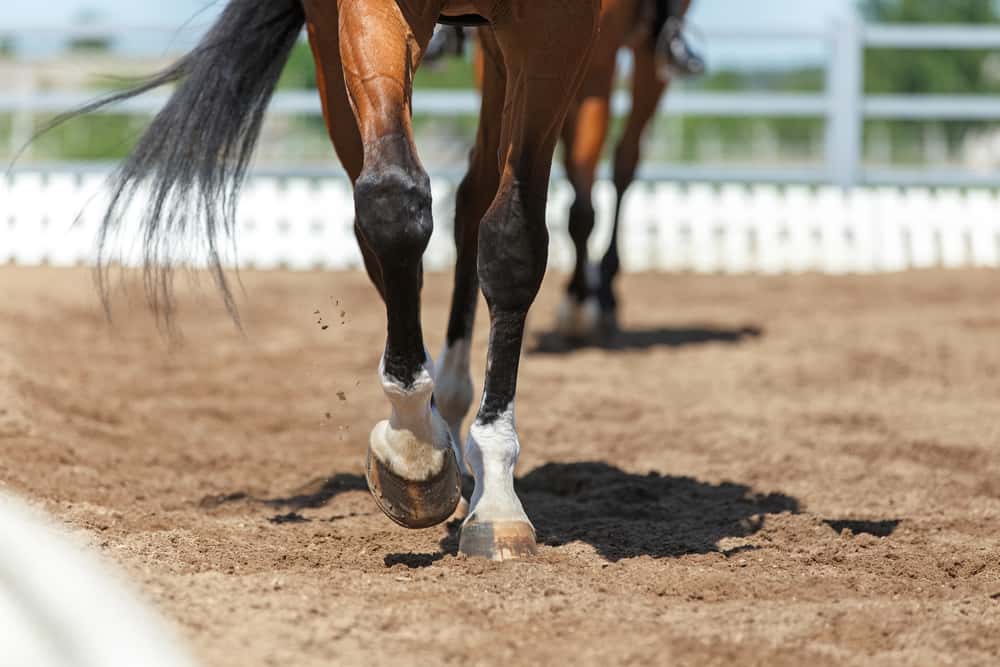 Furthermore, a horse’s legs contain around 80 of the 205 bones in its entire body. Thus, if the lower leg of a horse breaks, the bones in it don’t just fracture… they often shatter completely. This makes it next to impossible to fix them or return them to their original form. Even if they are somehow put back together, the horse would inevitably wind up with a badly fixed bone.

The legs of a horse carry enormous weight.

An adult healthy horse can weigh between 450 and 1000 kilograms. Normally, this enormous amount of weight is carried by four stable legs. However, when a horse breaks one of its legs, the load on the other three legs suddenly increases dramatically, leading to severe inflammation in the laminates and joints at the base of these legs. 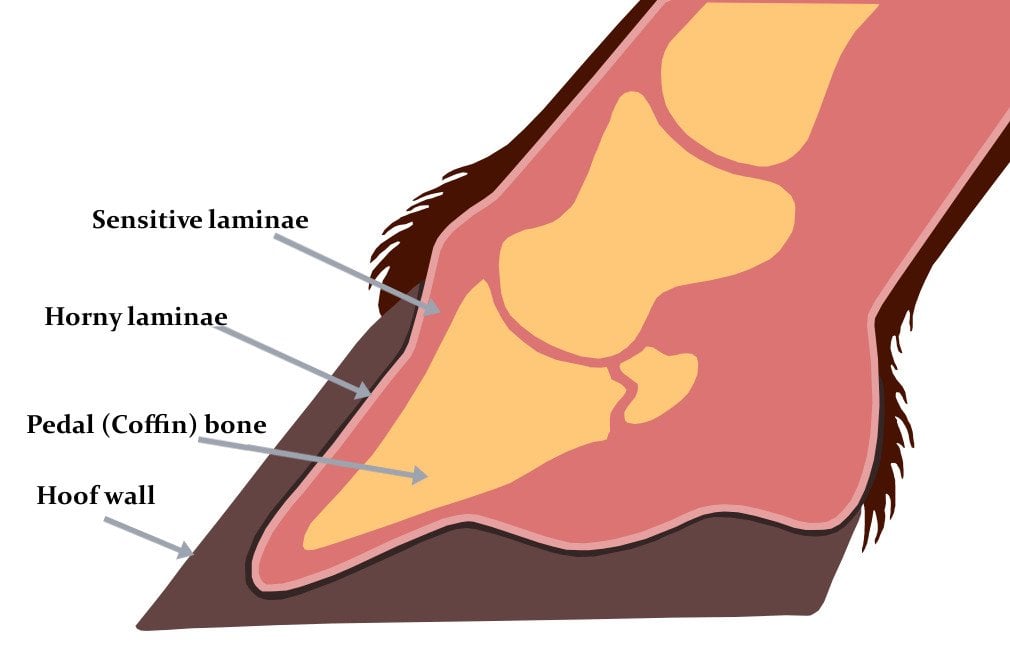 This disease, known as laminitis, is excruciating for horses.

A horse simply does not stand still!

Horses are very resistant to standing still; they like to spend most of their time moving. In fact, they resist any restriction on their legs by kicking, stomping or kicking up. All horse owners know that it is challenging to hold a horse in one place for too long or to do anything at all that might contain its legs.

Although a broken leg must get some rest to allow the bones to heal properly, horse owners know that they will have a hard time immobilizing their horse for days or weeks. Also, a horse with such a heavy body will develop pressure ulcers if it lies down for too long, so that is another problem to deal with. All of this also takes an emotional toll on the horse; it’s in a horse’s nature to run around and gallop, so staying in one place for weeks, totally immobilized, inflicts a lot of psychological damage on the horse.

The cost of fixing the broken bone of a horse leg is considerably high. Therefore, unless it’s a very special and expensive horse, people generally refrain from spending a lot on treating a horse’s leg, whose chances of complete recovery are pretty slim even with treatment.

To spare the horse too much pain and agitation, it is usually euthanized or euthanized by its owners. Of course, there are strict guidelines on making humane decisions about the euthanasia of horses to ensure that the horse concerned does not feel too much pain when leaving this mortal world.

How much do you know about the anatomy of a horse?