The main reason standing still hurts your legs more than walking for the same amount of time is because when you’re standing, your leg muscles are constantly engaged to keep you upright. In contrast, when you’re walking, a greater number of muscles in both the legs are engaged. Additionally, they also get assistance from the core muscles, which keep your gait stable. Another reason is that, when you’re walking, the body weight is borne alternatively by either leg. This way, both legs get rest very frequently, even if it lasts for only a second.

There are quite a few man-made ideas and notions that really suck the fun out of our otherwise fantastic lives. People might have problems with a wide range of man-made concepts, but one that sits near the top of my list is the idea of waiting in line. There are only a handful of things that annoy me, and I’m sure that plenty of other folks (like the guy below) despise few things more than waiting in a queue. 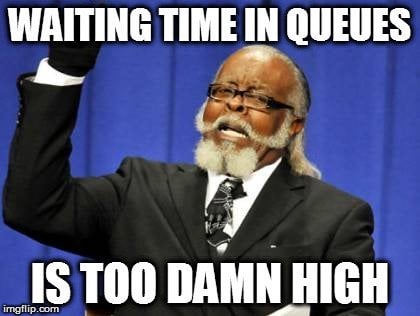 Walk around for 30 minutes, and you won’t feel a thing in your feet, but stand in a single spot for the same duration, and it’s likely that your feet will start hurting. Why is that? 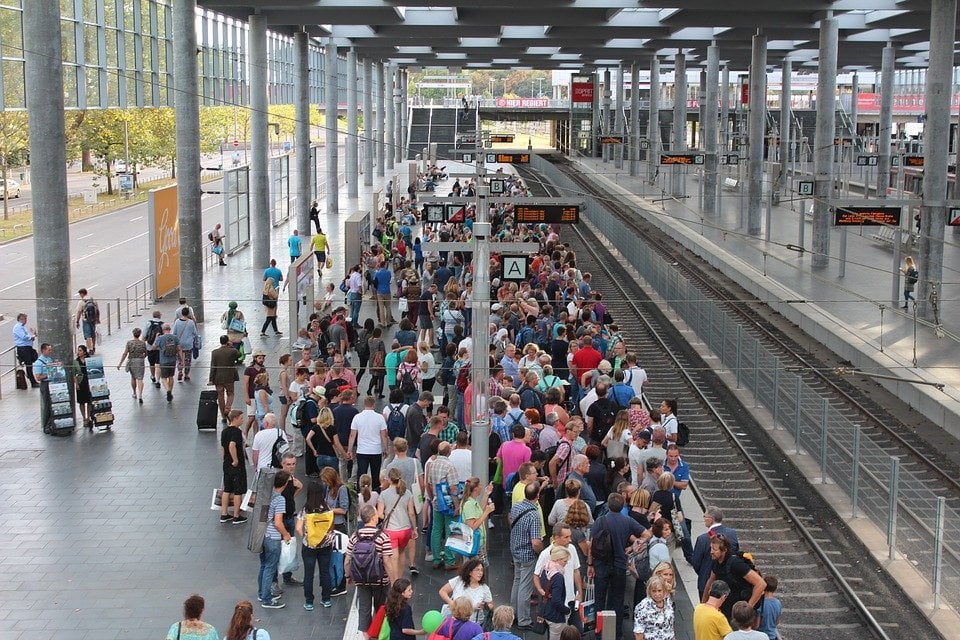 Waiting can be very tiring

Why does standing still in a single spot hurt the feet so much?

Short answer: While standing still, the legs aren’t really resting. There are some muscles, especially in the calves, which are constantly engaged to prevent you from swaying and keep you standing upright. Also, each foot supports the entire body weight, without being relieved of duty, even for a short while. There are some other reasons too. 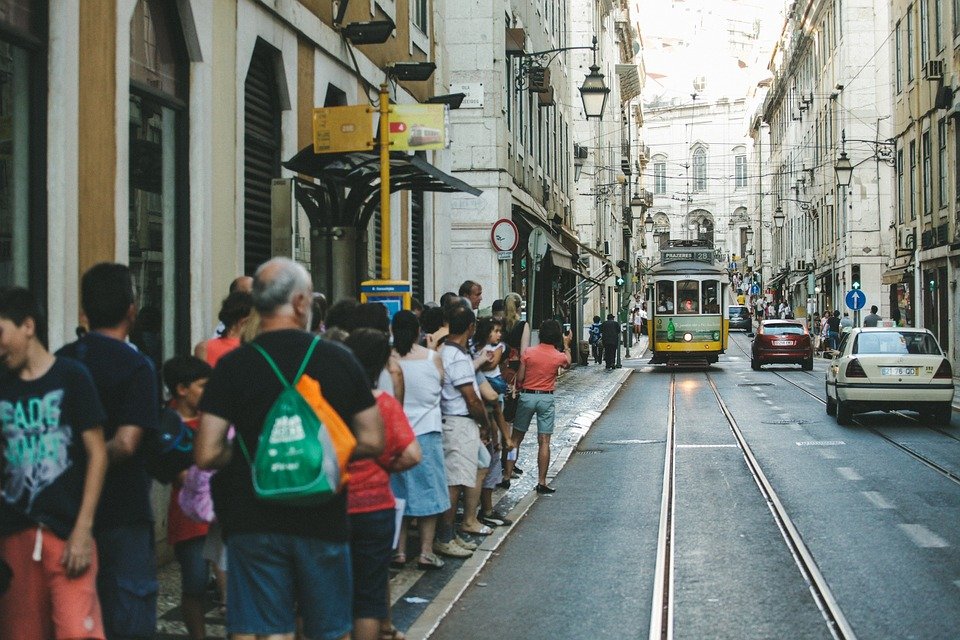 This might seem like a no-brainer, but when you stand still, you don’t actually stand absolutely still. The body has the tendency to sway a little (thus shifting the bodyweight on either leg) almost constantly. In order to keep you upright, therefore, certain leg muscles, particularly in the calves, must constantly make small adjustments. In contrast, when you’re walking, a greater number of muscles in both the legs are engaged. Additionally, they also get assistance from the core muscles, which keep your gait stable. That’s one of the primary reasons why walking doesn’t hurt nearly as much as standing still for the same amount of time. 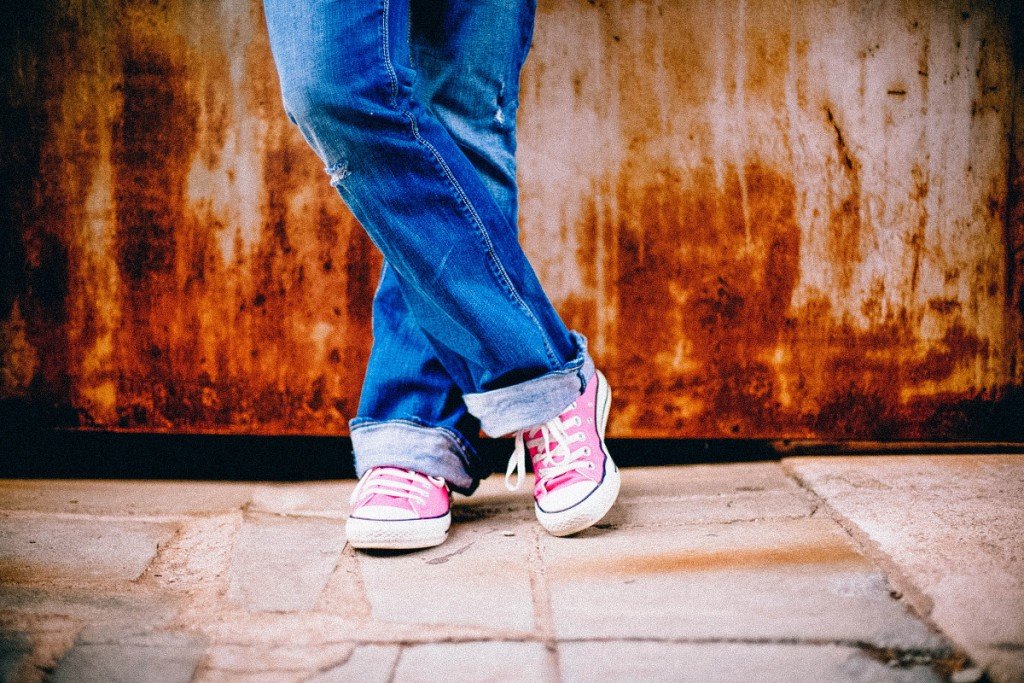 Neither leg gets much rest when one stands still for too long (Photo Credit: Pexels)

When one is walking, the body weight is borne alternatively by either leg. This way, both legs get rest very frequently, even if it lasts for only a second. Cumulatively, however, that second’s worth of rest amounts to either leg bearing most of the weight of the body for only half the time. On the other hand, when you are stationary, each leg basically supports half the body weight without getting any rest actual rest.

Moreover, standing still puts the entire load of the body on the underside of each foot, particularly the heels and balls of each foot. As a result, standing still and bearing the bodyweight for too long feels like an uphill task in comparison to simply walking around.

The blood and lymph fluids begin to pool in one’s feet while standing still for too long, as it’s beyond the heart’s operational capacity to pump the blood from the bottom of the feet (i.e., a body part that lies at an extremity of the body) against gravity. 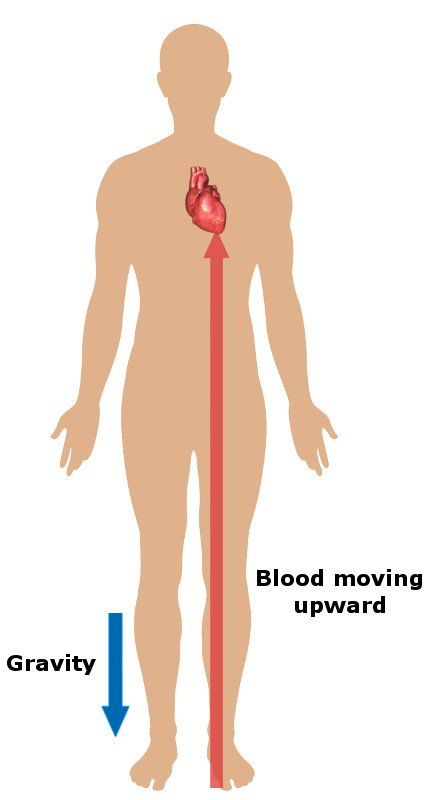 As a result, the leg muscles of a person who is stationary for a few hours will not get as much oxygen as they would if the person were moving, because, in order to pump blood, the heart partially relies on the muscle contractions that happen when one is moving around.

The psychological aspect of standing still for too long

As we just saw, there are a number of biological reasons that make the feet hurt when we stand in the same spot for too long, but there is also a psychological aspect to the discomfort we feel.

While standing in the same spot for too long, maybe even hours, we’re basically not doing anything! In the absence of a real, physical stimulus/activity to distract our mind, we get bored and eventually start thinking about how badly our feet hurt, which doesn’t really help the problem! 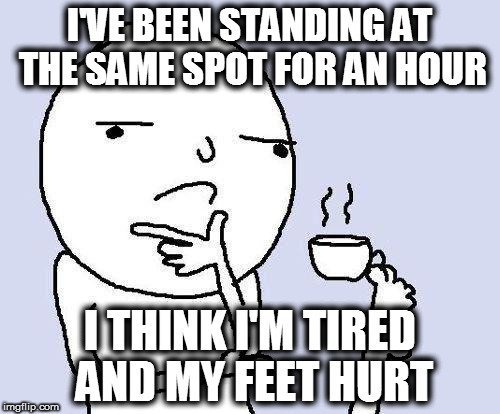 Furthermore, taking a brisk walk and jogging also releases certain neurochemicals (like endorphins) or “feel-good chemicals” that uplift our mood, making walking around a preferred option over standing still for too long.