The side effects of staying in bed all day include development of bedsores and body aches, especially in the lower back. Lying in bed all day is also associated with an increased risk of stress and depression, and some other psychological and cardiovascular ailments.

There aren’t many people in the world who leave their bed as soon as they hear the alarm (let alone before it!). The idea of lazing around in bed has been around for centuries, but it has gained unprecedented popularity among the masses since the dawn of technological progress. Everything has become so easy that we barely have to leave bed to do anything, and therefore, end up spending even more time lying around indolently. 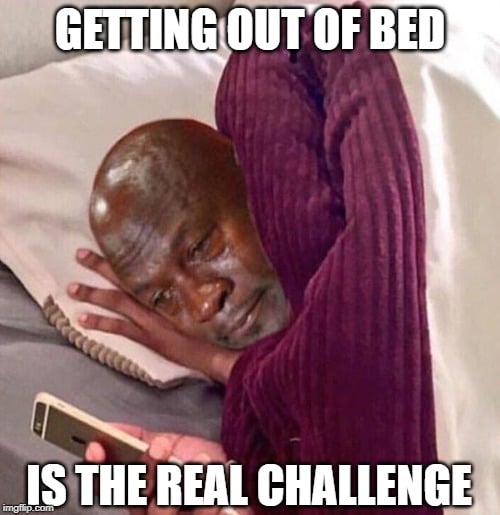 I must admit that I snooze the alarm more than I should, so much so that I sometimes wish someone would pay me to stay in bed. Well, this dream came true for Drew Iwanicki when he volunteered for a study conducted by NASA.

In 2014, NASA conducted a study to determine the nature and magnitude of the deterioration of human bones and muscles in space. The study required Drew Iwanicki (the volunteer) to lay down on a bed for 70 days straight, without getting up for any purpose whatsoever (except for a 30-minute window where he could prop himself up on his elbows to eat!).

Although the study (titled “CFT 70 (Countermeasure and Functional Testing in Head-Down Tilt Bed Rest Study”) earned him a paycheck of $18,000, it was no walk in the park!

The study found that if a person lies down with their legs raised at an angle, more blood will flow to their head, making their face look puffy. These conditions are pretty similar to the experience of space travel. Here is a detailed description by Drew Iwanicki himself about how he felt during and after the study.

However, no person would lie in bed for days unless they are hospitalized or paid to do so. We usually enjoy these guilty pleasures only for a few hours. This begs the question… is the habit of lying around in bed for hours at a stretch bad for our health too?

Is It Bad To Stay In Bed All Day?

Of course, it is! 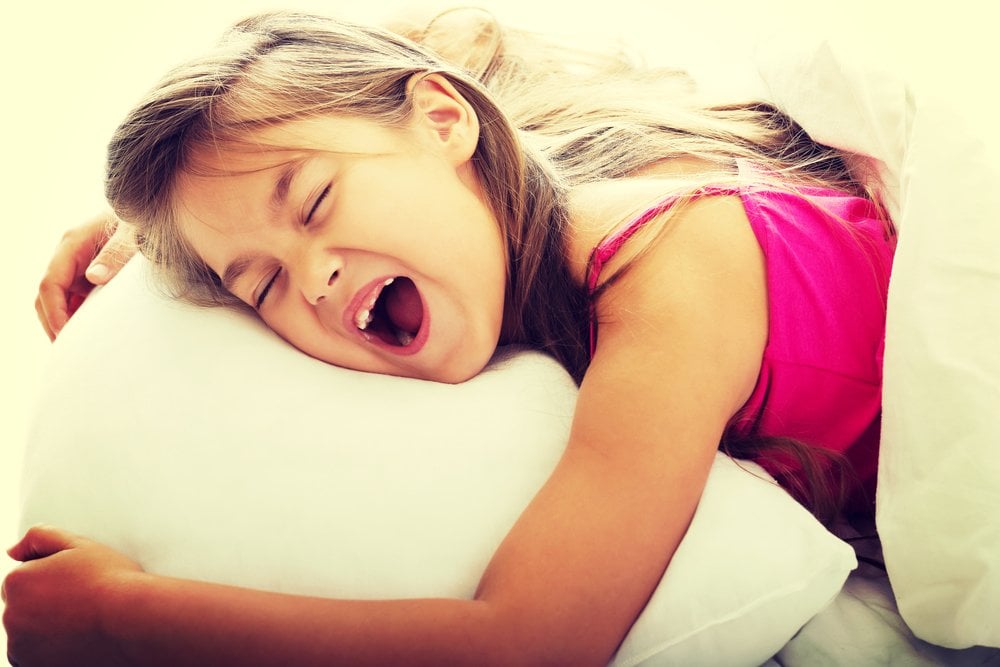 Lying down too much can be detrimental to your health (Photo Credit: Piotr Marcinski/Shutterstock)

It is not just this particular position that can be bad for the body, but too much bed rest in any position can be very harmful to the overall well-being of an individual.

You must have noticed that there are only rare occasions when you lie for more than 6-7 hours without making any kind of movement. You move a little by twitching, turning, or shifting your weight during your sleep. If you don’t move at all, you can have pressure ulcers, more commonly known as bedsores. These are caused when, due to a lack of movement, the disruption of blood throughout the skin causes certain regions of the skin to perish.

Also Read: What If You Stopped Sleeping Altogether?

There are a few different stages of bedsores; if bedsores hit Stage 4, then they can negatively affect bones. In extreme cases, bedsores can even kill people. This is why nurses continually change the position of paralytic patients.

Side Effects Of Staying In Bed For Too Long

Even if bedsores were not an issue, lying in bed for too long does have other drawbacks or ill-effects. A survey conducted during a 2004 study published in the journal Joint, Bone, and Spine found that patients with lower back pain, who were prescribed bed rest by doctors, came back with complaints of chronic pain 32% of the time.

While some bed rest can make people suffering from back pain feel better, too much bed rest can prove to be counterproductive. This is because it results in the weakening of muscles, including the ones that support the backbone. Surprisingly, people can also develop constipation and other gastrointestinal problems when muscles lose their conditioning and tone.

Moreover, the inactivity associated with staying in bed for long hours increases the risk of damaging the veins (especially those of the pelvis and legs) and developing blood clots. This situation can also lead to a deadly pulmonary embolism condition if the clot breaks away and enters the lungs.

Our mental health and sense of well-being also take a hit due to being confined to bed. Research that studied the psychological effects of bed rest in people observed a tendency to develop depression and neurosis through Zung’s self-rating depression scale and a General Health Questionnaire.

In another study published in the Journal of Applied Physiology in 2008, rats were put in a specific position similar to what humans assume during bed rest. It was observed that rats displayed signs of depression and stress after a period of only 2 weeks. Afterward, they developed more psychological and cardiovascular disorders, thanks to the prolonged period of bed rest to which they were subjected.

Psychological and physical ill-effects of extended periods of bed rest have also been found in pregnant women who were sent to bed due to complications in pregnancies. These effects included depression, anxiety, headache, muscle atrophy, and weight loss. (Source)

A Moderate Amount Of Bed Rest Good For You

If taken in correct amounts, bed rest is not all bad. On the contrary, it can be a good thing, especially for those who have suffered from a concussion or some other brain injury, as it helps restore the brain’s normal activities.

As it turns out, bed rest is not inherently evil; it only becomes so when it’s not regulated. After all, too much of anything is bad.

Do yourself a favor, and don’t laze around in bed unnecessarily for extended periods of time. Get out and see the world!

Also Read: Why Can Sitting For A Long Time Cause Blood Clots, But Sleeping For Hours Doesn’t?

Also, if you are curious about why sitting in the same position even for an hour makes you feel uncomfortable, but sleeping for a good seven to eight hours doesn’t, we have answered it for you. Check this article out!

Do you remember why it isn’t a good idea to remain in bed for long durations of time?