Sitting for long periods of time can cause blood clots due to impeded flow of blood. The lack of movement can cause the blood to clot according to the effects of gravity. This doesn’t happen during sleep since we do move our bodies during our night’s sleep. Sleeping can also cause blood clots and bed sores if done for a very long time.

Sit in the same spot without changing your position for even an hour, and your legs begin to feel…weird. It’s a strange sensation indeed; some feel ticklish, while others feel pain or discomfort, others feel an uncontrollable urge to move their feet, and some partially lose sensation in their legs. 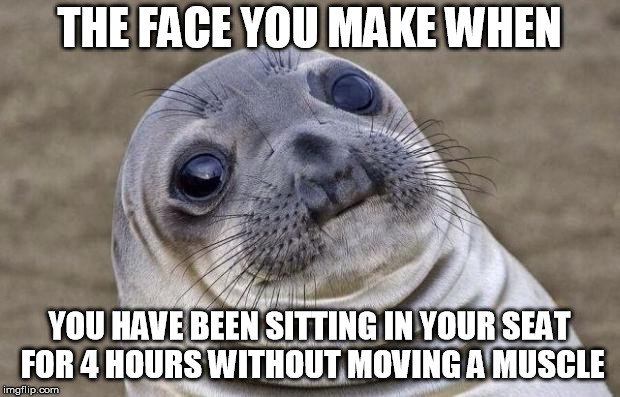 But when we sleep, we usually lie down and remain still (for the most part) for 6-7 hours. However, this does not seem to harm us or lead to the symptoms mentioned above.

Sitting for a few hours can cause discomfort or even lead to blood clots (which could potentially be deadly) in the body, but sleeping does not seem to have the same effect on the body. Why is that?

How Blood Flows In The Body

As you know, the heart is the most important part of the human circulatory system. Blood begins its journey from the heart. After leaving the heart, blood enters the aorta and arterial system. Arteries are much thicker than veins because they consist of thick layers of muscle and elastic fibres.

The thickness of the arteries is actually very important, as they have to withstand the pressure of the heart pumping blood through them. Their elasticity is useful for pushing the blood and allowing it to flow smoothly. 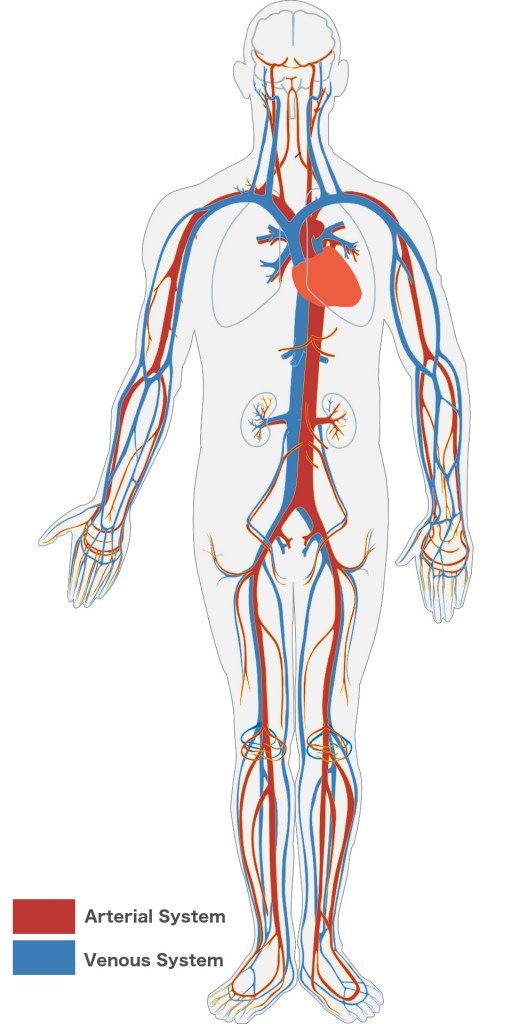 Arterial vs venous system in the body. (Photo Credit : Pixabay)

After passing through the capillaries (the thinnest blood vessel), the blood enters the venous system and returns to the lungs and heart.

The venous system contains veins which are floppy tubes with valves that help prevent the backflow of blood. It has a significantly thinner tunica media (the middle layer of the vein). As such, it relies on the contraction of the skeletal muscles – the same muscles that you use while walking – to ensure proper blood flow when the blood has to flow against gravity (from the legs up to the heart). 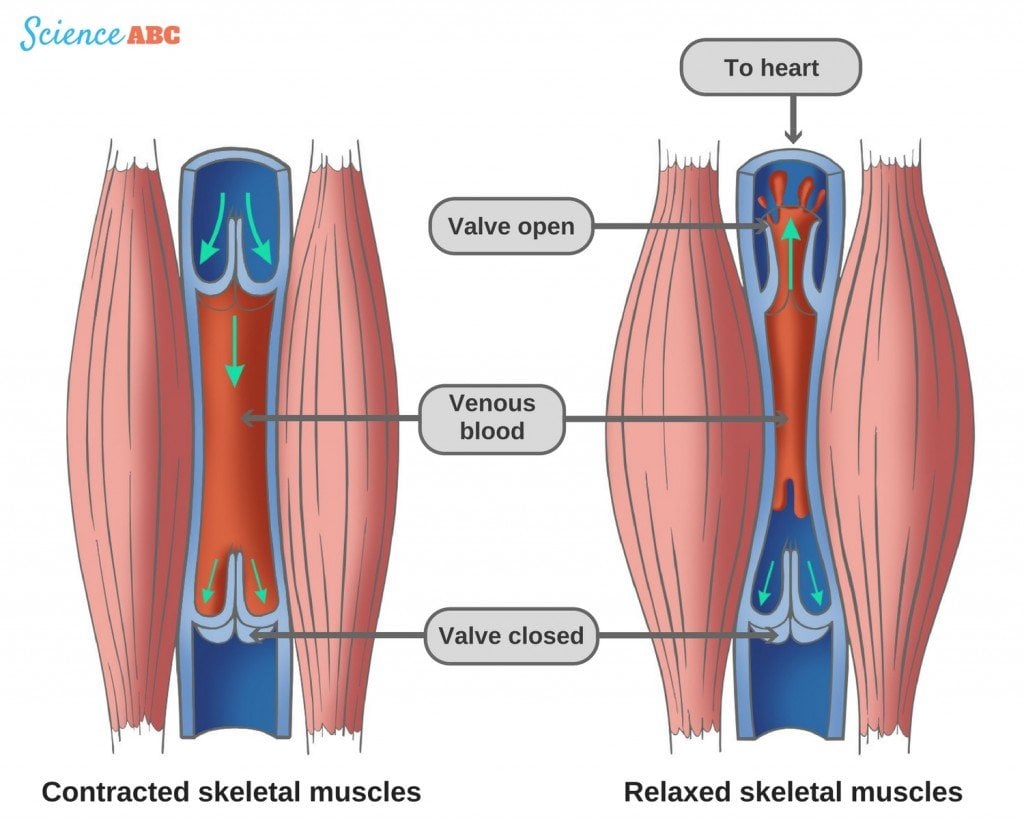 Also Read: Why Is It A Bad Idea To Stay In Bed For Too Long?

Because blood in the veins has to work against gravity to move upwards (towards the heart and lungs), the blood may not move fast enough when one remains in a sitting position for too long. This could trigger the clotting mechanisms in the body, potentially forming a blood clot (or, in biological terms, a thrombus).

In the ‘lying down’ or ‘sleeping’ position, the legs are more or less on the same horizontal plane as the heart. As a result, the blood does not have to work very hard to fight gravity to reach the lungs and heart. Hence, the ‘return flow’ of the blood becomes relatively easier.

You move ever so slightly while sleeping, but this does not cause any blood circulatory problems because your body is mostly flat, and the blood does not have to flow upwards.

That being said, if you stay in the same lying down position for more than 20 hours without any movement, you may begin to face problems. Doctors consider this issue when treating bedridden patients, so that blood clots don’t develop in their blood.

The dynamics change while you’re sitting. Being in the ‘sitting’ position for an extended period of time, for example, if you travel long distances, the skeletal muscle activity is low. 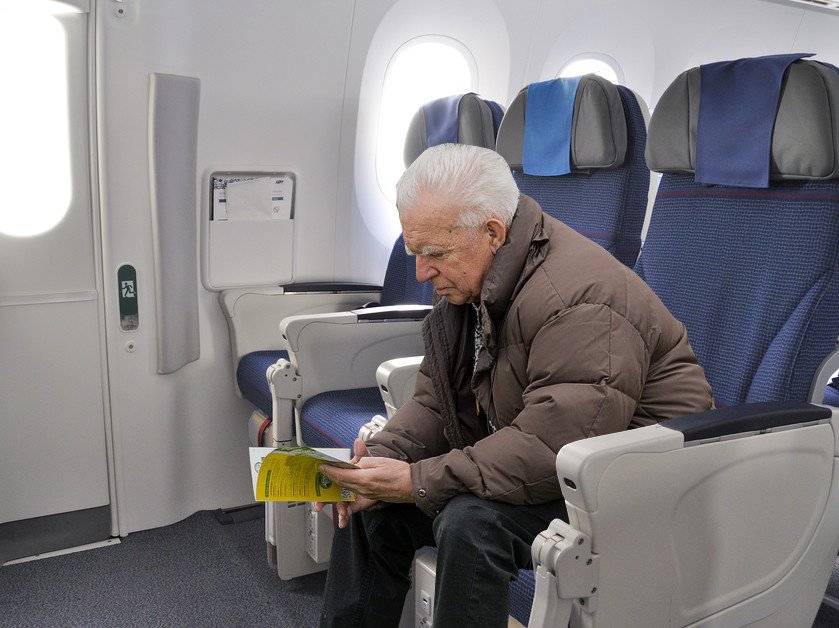 In this position, the legs also aren’t moved very much, and they are often angled. As such, the blood flow fights against gravity. Due to certain biological processes that occur, the velocity of blood flow in the upwards direction (against gravity) is reduced. This can potentially lead to the formation of blood clots in the body.

Also Read: Why Does Standing Still Hurt Your Legs More Than Walking For The Same Amount Of Time?

The thing about such a blood clot is that it can float through the veins and reach the lungs, where it could severely damage a part of the lung (a condition called pulmonary embolism) before it’s treated. That’s why it is always recommended to get up frequently and move around a bit while travelling on particularly long flights or bus/train journeys.

How much do you really know about how sitting affects your body?