If you’ve looked around in the past few years, you may have noticed a peculiar trend among men—beards. They have stormed back with a vengeance after many decades of being relegated to mountain men and those not looking for high-level employment. This comeback tour for beards has brought them back into the spotlight for humans around the world, but people often forget that we’re not the only species that boasts impressive facial hair. Animals like orangutans, goats, lions, bison and even certain species of pigs can grow impressive amounts of facial hair. 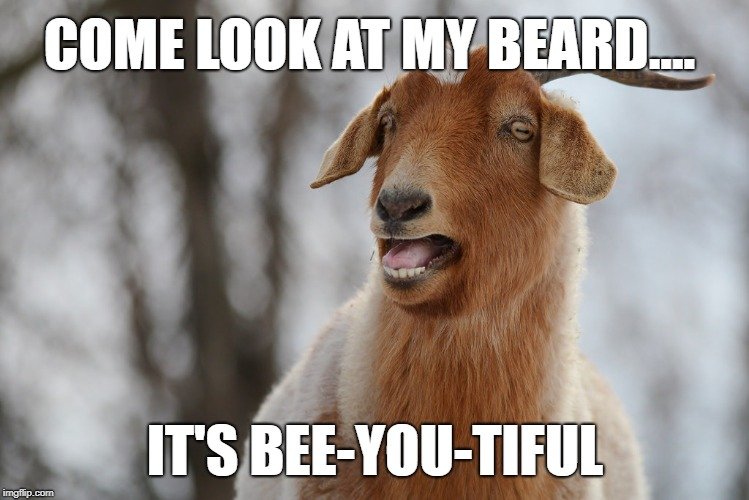 To understand the purpose behind these bearded beasts, it may be helpful to look at the changing relationship that humans have had with hair throughout history.

As most of you hopefully know, humans evolved from great apes in a long string of different species that has led up to Homo sapiens. One of the first differences you notice when you look at a great ape (e.g., bonobos and chimpanzees) and a human is the lack of body hair on a human. Yes, we do have hair on most surfaces of our body, but it is much finer and more spread out than the hair on a great ape, exposing much more of our skin. As apes came down from the trees and began to evolve, their excess of body hair actually became a disadvantage. 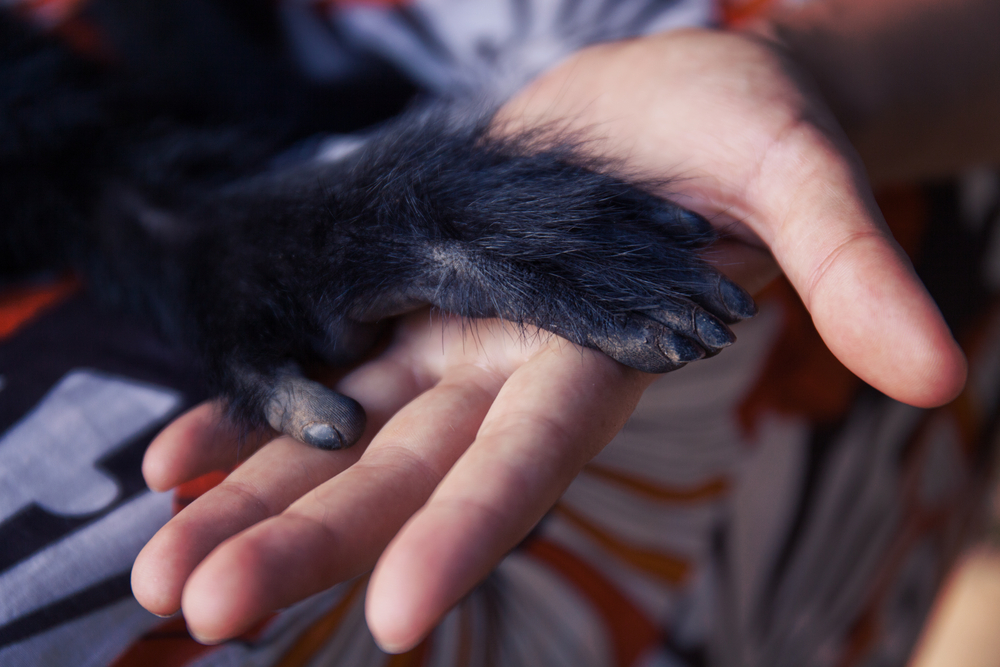 While hunting down other animals, the animals were unable to cool themselves down in the hot savannas, largely due to their layers of fur. Humans, however, as they began to shed their thick layer of body hair, were able to sweat and keep their bodies cool, increasing their level of stamina and improving their prowess as a hunter and provider. Those who were better able to survive (e.g., had less body hair) and provide were better able to reproduce, thus passing those genes along. Other scholars claim that the loss of fur was in response to the danger posed by ticks and other parasites who were able to decrease an animal’s fitness. Evolution’s solution to this for early humans was simply eliminating the fur entirely! 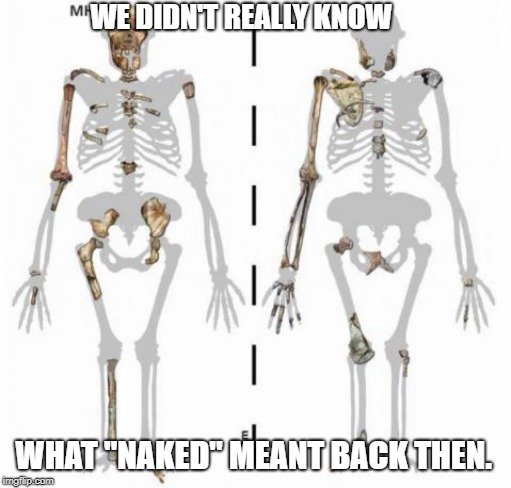 However, while facial hair was similarly diminished in early humans as they moved further from their great ape cousins, it did not disappear entirely, perhaps because it became linked with a man’s step into adulthood—and the ability to bear children. When puberty strikes and facial hair begins to grow, it signals females that this is a potentially valuable mate. That being said, while many humans create a simple link between testosterone and a man’s ability to grow a beard, the connection isn’t that direct, and there are actually many factors—genetic, environmental, hormonal etc.—that can affect the length and thickness of your beard. Even so, certain females are still drawn to beards, which suggest a manly, strong survivor. Their old instincts kick in and the sight of a beard is equated with sexual virility and a good potential mate (in some cases).

Also Read: Why Are Humans Hairless Compared To Other Mammals?

Hundreds of thousands of years ago, growing a long beard would be akin to the elaborate mating dance of a male bird; as a signal for potential mates. Other theories propose that maintaining facial hair would have been a natural form of camouflage, making men more effective hunters if more of their face was covered, thus increasing their fitness and ability to reproduce.

The explanation for why animals have beards is closely linked with some of the same reasons that humans have facial hair. Remember that almost anything you see on an animal has developed in that particular way for a specific reason. Evolution rarely makes mistakes, although vestigial organs do pop up from time to time, and there is such a thing as runaway selection, in which a certain trait is continually selected for, long after its initial purpose has been fulfilled (e.g., peacock feathers). Generally speaking, however, everything has a purpose, and the beards on certain animals is no exception. 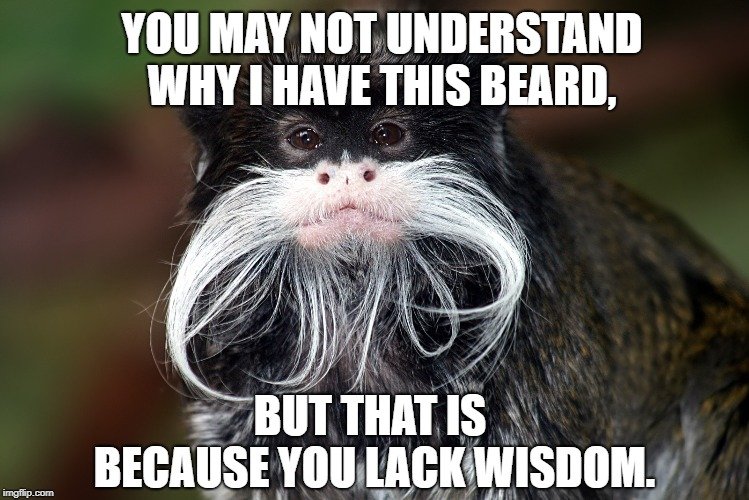 For male lions, who often sport impressive manes, that facial hair feature is one of the primary factors that impacts his reproductive capacity. Males who lack a large mane are often lower-ranked males who are submissive, regularly bullied, and rarely have the chance to reproduce with a female. However, the lions with the largest mane are often the most dominant with the highest level of reproductive fitness. The ability to grow such a large mane is a sign that the body has excess resources left over, and can contribute those to less important features. This excess of resources is attractive to females and envied by other males, creating a hierarchy of leadership and sexual dominance.

In the case of orangutans (specifically Sumatran), the fullness of their cheeks and the appearance of facial hair is, again, a signal of sexual readiness and maturity. This can take years to develop, but a well-bearded orangutan has likely had good luck with the ladies. The same thing is true of goats, who regularly lick their beards and keep them looking fresh, as they are extremely appealing to female goats.

Also Read: Can A Lion’s Mane Strengthen His Sex Appeal? 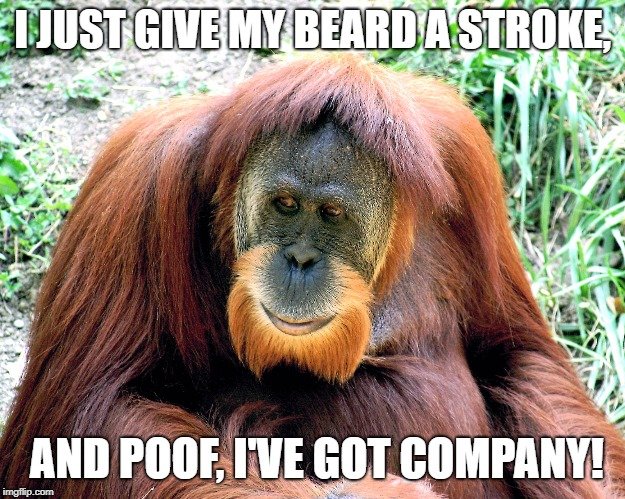 Other animals, such as bison or Himalayan markhors, sport beards in order to increase their insulation and keep themselves warm during the cold seasons. A great deal of heat is lost from the heads of all animals, so having an extra layer of fur can mean the difference between a brain freeze and survival until the spring.

In every case, as is true across so many of nature’s phenomena, the reason for a beard on an animal is for added fitness. Some additional benefit is gained or enjoyed by the presence of this facial hair, and it increases the animal’s level of survival or chances of reproduction. So, next time you decide to shave your beard off and start fresh, think about what message you might be sending out into the world!