Rewilding is a conservation strategy whereby predators or dominant herbivore species are introduced (or reintroduced) into a degrading habitat to help restore balance.

Have you ever imagined a world without majestic beasts like elephants, tigers, wolves, cheetahs, pumas or jaguars? A world where you could go on wilderness adventures, but instead of seeing charismatic species like tigers and bears, you would only spot their prey? Unfortunately, at the rate at which we’re going, we will likely live in such a world soon.

Ever since humanity expanded its population and territories, we have caused irreversible damage to natural habitats. We are indiscriminately demolishing our forests and exploiting animals and their homes, with an exceptional bias towards larger-sized species (or megafauna). While doing so, we seem to have forgotten that losing such mesmerizing species not only pushes them towards extinction, but also causes the ecosystem to cease functioning, which directly affects our well-being. 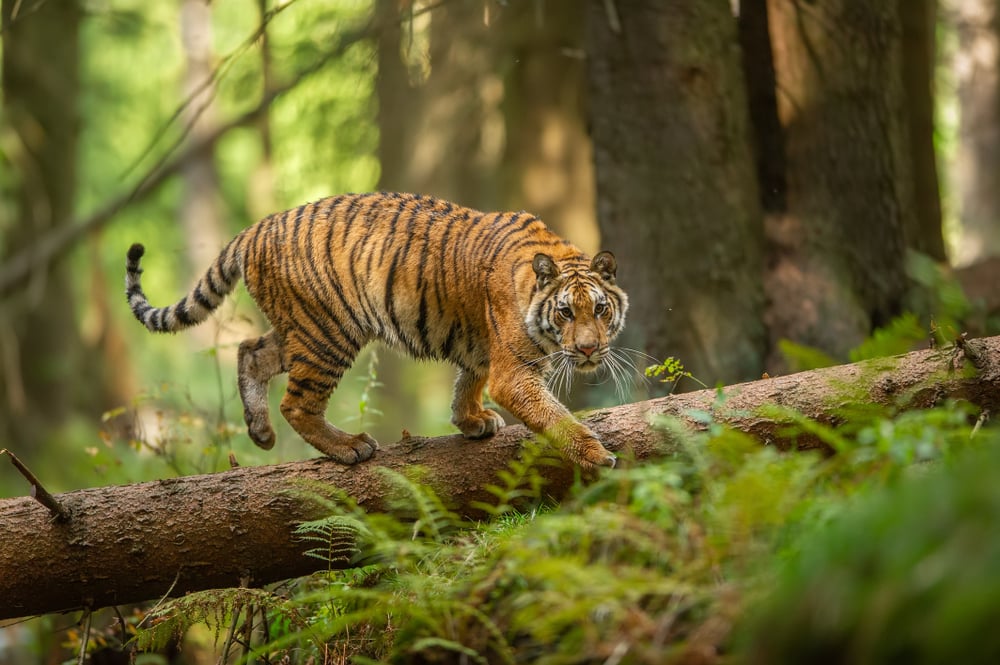 Can you imagine what it would be like to go to a jungle, but never see a tiger? (Photo Credit : Stanislav Duben/Shutterstock)

Conservationists around the world predicted such repercussions aeons ago and have been sounding alarms about the rapid alteration of habitats ever since. Do you remember all the conservation targets set by the Convention on Biological Diversity (CBD), or the Millennium Ecosystem Assessments reminding us of how fast ecosystem services are changing, or the Living Planet Reports by the World-Wide Fund for Nature (WWF) informing us about the rapid decline of wildlife species? Sadly, most of these calls have gone unheard and most targets remain unachieved. As a result, we are now entering an era of no return. 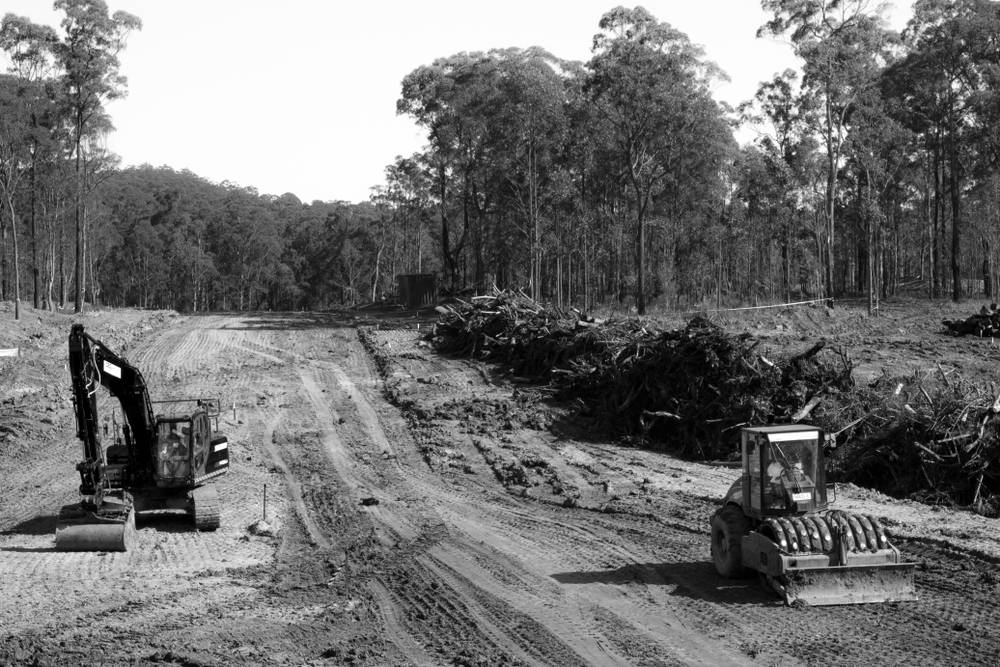 Our forests are being cleared faster as every day goes by. (Photo Credit : Bellamaree/Shutterstock)

Today, many organizations are listening to scientists more actively, and as a result, a growing number of novel approaches to managing biodiversity loss have emerged over the past decade, going beyond the conventional approach of managing ecosystems. One of the more popular strategies among these is rewilding.

Rewilding aims to restore ecosystems (and their interlinked processes) by protecting core wilderness areas, ensuring connectivity between these areas, and safeguarding keystone species. This approach focuses on introducing (or reintroducing) predator or dominant herbivore species in order to restore ecosystem processes and functions to the state before humans heavily altered them. The concept of rewilding first originated in the late 1980s, proposed by Michael Soulé (a conservation biologist) and Dave Forman (a wilderness activist).

Now, you may wonder why the emphasis is only on predators and herbivores, such as wolves, bison, and bears. Well, such species help restore ecological functioning, trophic networks, and food chains via top-down control. For instance, cheetahs are higher on the food chain, which is why they can control prey populations, such as deer, which are at lower trophic levels. The control of prey populations helps to regulate (and regenerate) food and water resources. This top-to-bottom control of populations is therefore imperative to repair or re-initiate key ecosystem functions. 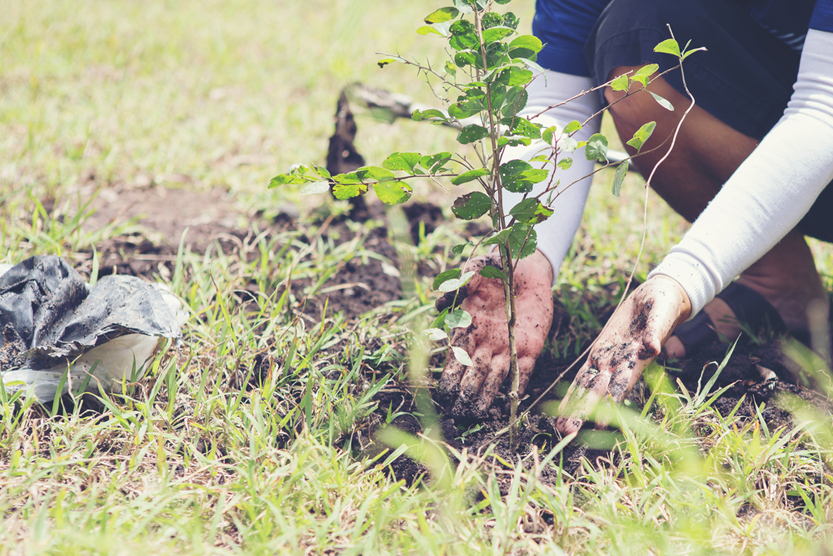 Helping nature get back on its feet. (Photo Credit : boonchoke/Shutterstock)

Some readers who are more familiar with ecosystem management may note that rewilding sounds a lot like habitat restoration. In fact, rewilding does broadly fall under the larger framework of restoration. However, the major difference is that this approach specifically seeks to restore ecosystems by reintroducing species into habitats. Restoration, on the other hand, aims to improve ecological conditions for a few select threatened species.

Why Is Rewilding Important?

Rewilding is important for many reasons. It helps rebuild ecosystem diversity, structure and resilience. It provides connectivity from one core area to another, which is vital for predators and other wide-ranging species that need to move between many reserves for food, dispersal, and shelter.

Humans also benefit from rewilding. For starters, healthy ecosystems provide us with clean water and air, and also help in better sequestering carbon. In addition, strong and interconnected ecosystems offer better protection against the effects of climate change. Rewilded ecosystems can provide many resources for local economies, while also providing livelihoods to local communities via nature tourism.

Also Read: De-Extinction: Can We Bring Back Extinct Animals?

What Are The Different Rewilding Approaches?

Overall, there are three main types of rewilding—Pleistocene, Passive, and Translocation. Although their overall aim is to restore ecosystems and wildlife, they differ in their application based on the level of human intervention required to improve the functions of rewilded ecosystems.

Do you remember the last Ice Age (also known as the Pleistocene Era) that led to the mass extinction of several megafauna species? Well, this rewilding approach aims to reintroduce species that are descendants of megafauna lost during the Pleistocene era. Supporters of the Pleistocene rewilding approach believe that the mass extinction left several ecosystems unbalanced. Hence, by reintroducing extant megafauna, they will be able to re-institute evolutionary and ecological processes that were eliminated in the past. 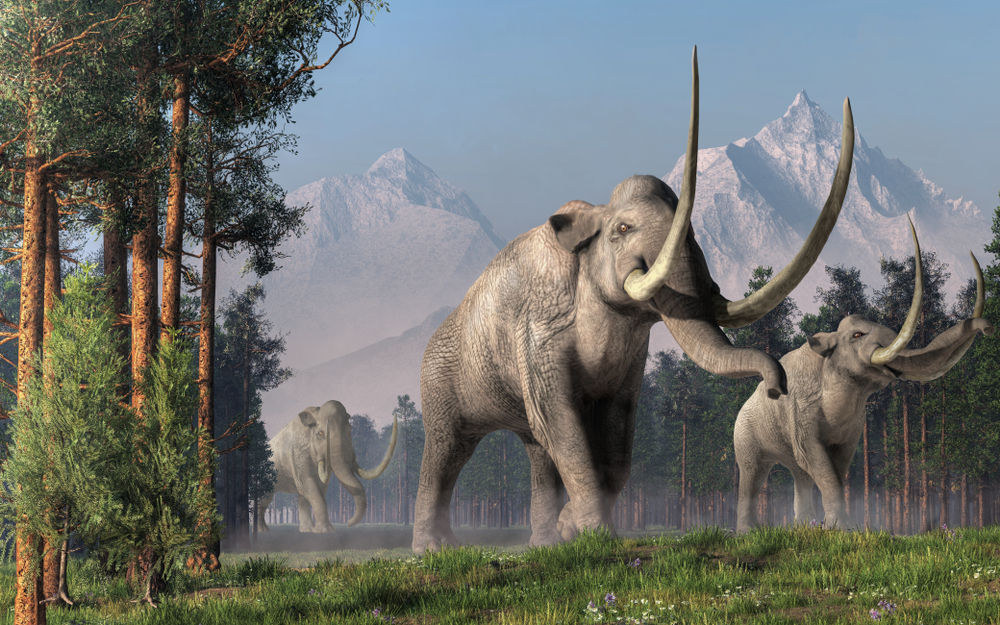 How wild would it be to have mammoths roam the earth again! (Photo Credit : Daniel Eskridge/Shutterstock) 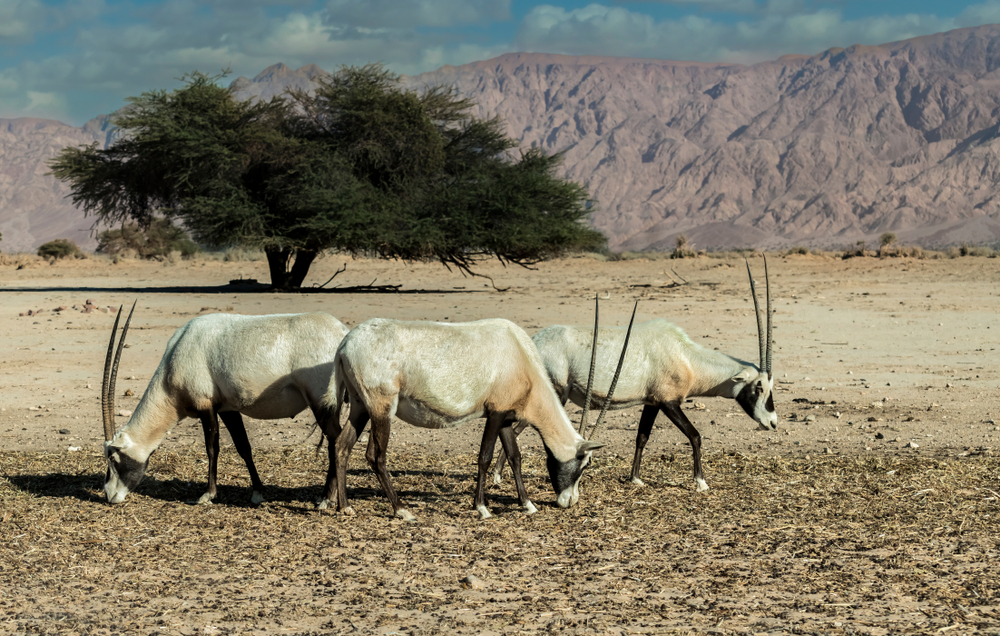 Compared to Pleistocene and passive rewilding, translocation rewilding is a far more active approach, one that involves the reintroduction of species with more recent origins. This approach aims to restore and reinitiate dysfunctional ecosystem processes either by (1) reintroducing species in an area from which they were locally extinct, or (2) releasing species into an existing population to improve their chances of survival.

Many countries have recently adopted different rewilding strategies. However, the one region that dominates with respect to rewilding habitats and wildlife is Europe. Several species are now making serious comebacks in Europe, thanks to persistent efforts by conservationists towards reintroducing species, increasing their protection, and creating corridors to enable their movement.

For instance, many European countries have recently observed stable populations of brown bears, Iberian wolves, elk, golden jackals, and red deer. Interestingly, experts in Portugal even spotted an Iberian lynx for the very first time, suggesting that their rewilding efforts are attracting newer species, including those that stand among the world’s most endangered! 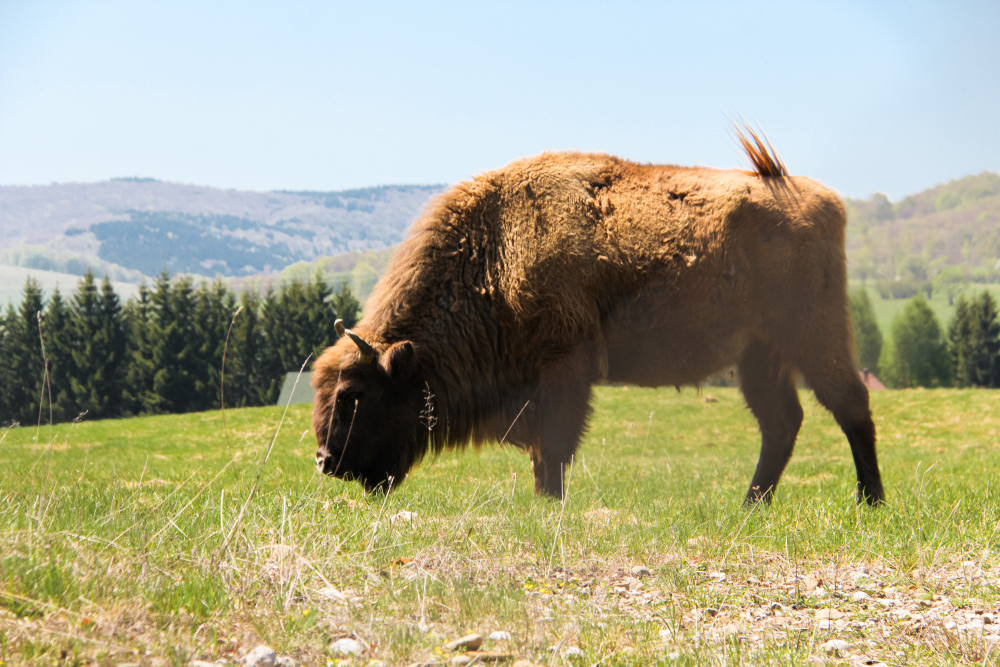 However, the bison is Europe’s most successful rewilding story. Bison are some of the largest mammals in Europe, and were once widespread across the continent. However, during the late 1920s, the species went extinct due to habitat destruction and overhunting. Today, the bison have made a miraculous comeback (via translocation rewilding) thanks to the tireless efforts of several conservationists, organizations, and institutes. Although the species is still vulnerable, their population has increased to a few thousand, owing to rewilding efforts made across the continent.

In other parts of the world, such as in Yellowstone National Park in America, the reintroduction of the grey wolf has been highly successful. The grey wolf was wiped out of Yellowstone during the late 1800s, again due to overhunting. It was only at the start of the 20th century that scientists began questioning whether the ecosystem was healthy, as their disappearance had led to an enormous increase in elk deer populations, which led to the overgrazing of grasses, bushes and trees. The degradation of the vegetation worried scientists as plants died and the soil eroded. 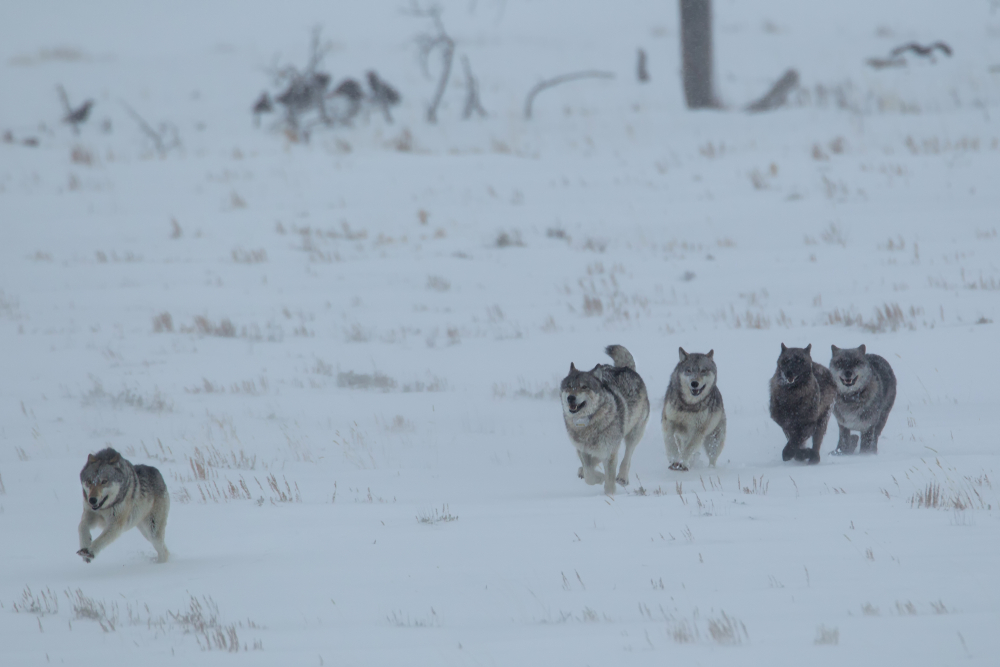 Also Read: Can Wolves Change The Course Of The Rivers?

In 1995, eight Canadian wolves were introduced into the park (i.e., translocation rewilding). A special pen was made to protect them and also stop them from returning home. After a few failures, wherein the alpha male went back to Canada, scientists successfully retained one individual, its pregnant mate—a female who later had eight pups. Today, there are between 80-100 wolves in Yellowstone, all of which are from the lineage of that male and female pair. The successful reintroduction of this species has had an enormous impact on keeping the elk population in check and protecting the valleys from overgrazing.

Although rewilding has been welcomed by many communities, it has also given rise to a few issues, primarily that of human-wildlife conflict. This is because living alongside wild animals is not always easy, nor is it welcomed by many people. However, awareness programs for local communities can help counter or even change these attitudes towards reintroduced wildlife, ensuring that such strategies can continue to undo the damage we have inflicted on the natural world.