There are many things that mark major progressions of human history; the discovery of fire, agricultural practices, the formation of organized government… all of these things were major milestones in our species’ development. However, on a shorter time scale, nothing changes the global landscape as much as war. From the violent spread of the Roman Empire to the dynamic map of Europe following World War I, we have seen the impact that war can have on humanity.

Countless humans in different eras and parts of the globe have become casualties of war for one reason or another, and it has indelibly changed the face of our species. But what about the rest of the planet, and the millions of other species inhabiting it? Do they have similar warlike tendencies? Or are humans the only species that engage in such brutality?

As you might imagine, the answer is a bit more complex than a simple yes or no…

Warriors of the Animal Kingdom

As it turns out, the idea of “war” has a number of definitions, both of which are seen in human populations throughout history, but few other species demonstrate this type of behavior. When some people think of war, they imagine two large armies on opposing side of a battlefield, lined up in armor or uniforms, shooting bullets or arrows at one another, launching bombs, swinging swords and generally smashing into one another in a massive conflict. We have seen such strategies for thousands of years in human society, from the epic battles of Greek city-states to the body-strewn battlefields of World War I.

When it comes to this all-out form of war, few other animal species have the organization or loyalty of thousands or even millions of individuals. When it comes to numbers like that, operating in tandem or for a common goal, we must look on a much smaller scale. Insects, particularly ants, have become popular examples of this form of warfare, where tens of thousands of members from rival colonies will do battle, often tearing one another apart, and engaging in other strategies and tactics that might be seen on a human battlefield from the Middle Ages.

These insect battles, which are also seen in termites and other colony-based species of insects, are typically started over territory. This is also seen in certain species of hornets, who will attack the nests/hives of their prey, honeybees or other insects, and destroy entire populations in a matter of hours. When it comes to larger animals, however, this type of massive attack is simply not possible, which is where the second, and far more common, form of war comes into play.

As weaponry had advanced to incredibly lethal and accurate levels, the old style of smashing tens of thousands of troops against one another on a battlefield has gone out of fashion. Modern warfare is commonly called “lethal raiding”, consisting of small, lethal surprise attacks on outnumbered foes, followed by a retreat or a regroup before picking a new target for eradication. We see this in guerrilla warfare over the ages, and this type of subtle warfare has proven to be much more successful in the modern world of strategy and intelligence.

It probably comes as no surprise that the animal species where this behavior is most commonly observed is in our closest relative – the chimpanzee. Many chimpanzee groups will send out raiding parties of male members, deep into enemy territory, where they will isolate and kill members of the opposing or impinging groups. This functions to wear down an enemy group, or deflate their numbers to the point where they abandon their territory. The victims and aggressors are almost always male, reflecting the reproductive aspects of eliminating competition, rather than malice or a self-aware embrace of “war”, so to speak. 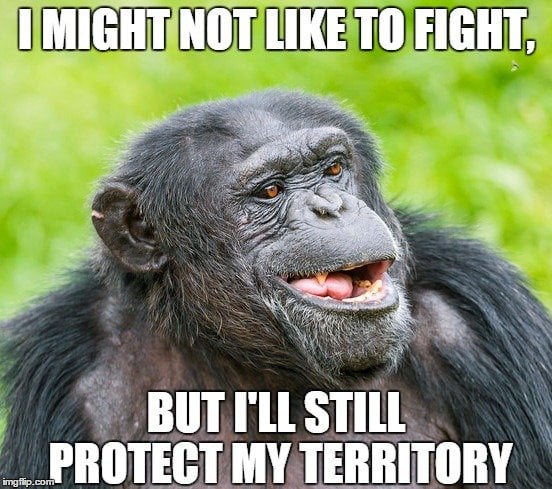 While scholars don’t technically construe the behavior of chimpanzees as “war” in our traditional sense, there is some semblance of “sides” and strategy in order to take over new territory or damage the strength of an opposing group. That being said, it would be false to characterize chimpanzees as a warlike species, as the majority of their interactions are peaceful and their inter-group conflicts are usually brief and mild. Threats are far more common than actual violence.

Other species besides chimpanzees have shown a penchant for collaborative killing, such as lions, hyenas and wolves, but this is typically in the form of hunting, rather than raiding parties. When a lone member of an outside or rival group approaches their territory, a similar form of group attack may take place, but this is less premeditated than what we see in chimpanzee populations, and is usually reactive, rather than proactive. 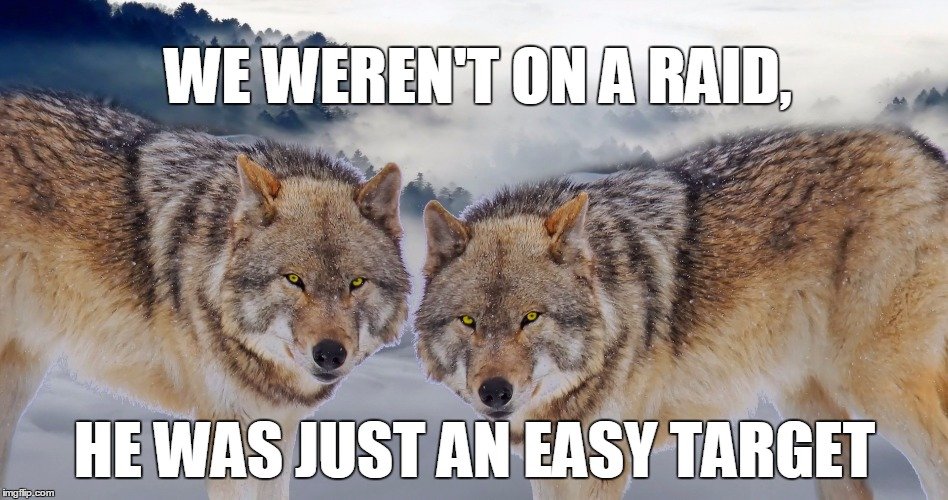 The edges of territories are where we see the majority of animal violence and group conflict, which is also the case in our species, but calling it “war” would be inappropriate. We may be the most developed species on the planet in terms of technology, self-awareness and cognitive ability, but the animal kingdom has managed to maintain something that we lost long ago – an instinctual understanding that peace is better than war.