Optical illusions occur due to the misinterpretation of visual cues by the brain. Studies show that most animals can perceive illusions just like humans!

We often think that we see with just our eyes. Sure, our eyes help us perceive things in front of us, but it is our brain that helps us make sense of what our eyes observe. 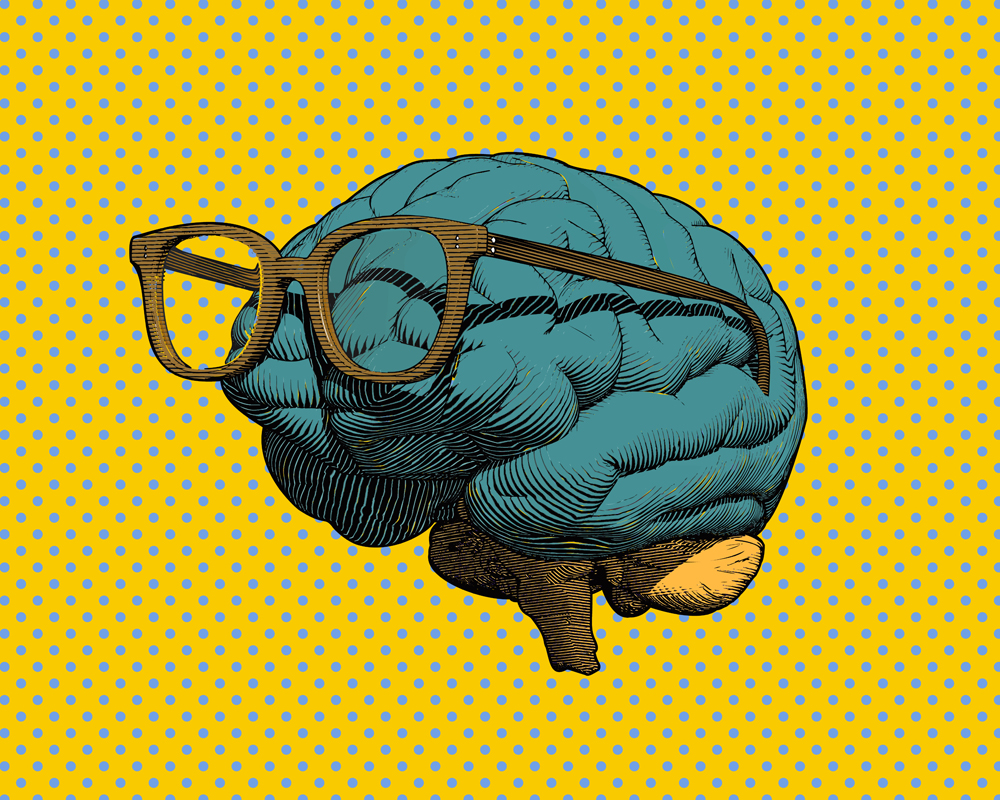 Although our eyes help us see, it is our brain that actually interprets what we see (Photo Credit : Jolygon/Shutterstock)

The brain helps us understand information about an object’s size, depth, distance, and many other factors. In other words, it helps us “interpret” what the eyes perceive.

From the day a baby first opens its eyes and starts seeing the world, its visual system takes in information about its surroundings. It starts learning several rules, which help in understanding visual information. For example, we know that things look smaller when far away and larger when near us. We may not think about these rules consciously, but we use them to understand what we are seeing in the world around us. 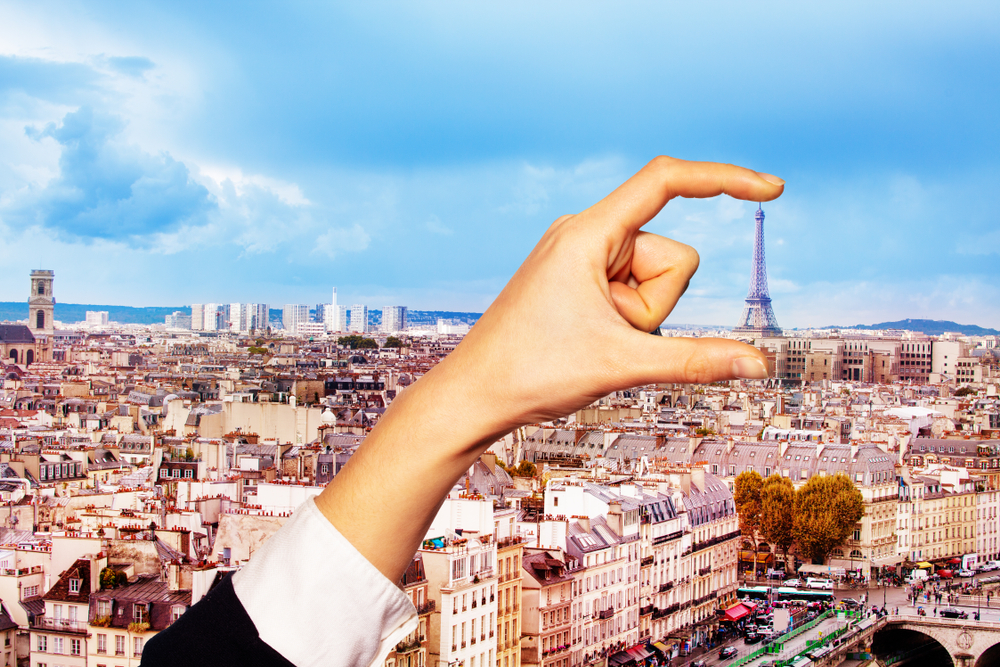 Objects which are smaller are interpreted by the brain as far away, like the Eiffel tower in this picture (Photo Credit : Sergey Novikov/Shutterstock)

There is a cost to using such rules or blanket assumptions about the world as we see it. Optical illusions are a testament to this!

What is an optical illusion and why does it happen?

Optical illusions are simply “misreadings” by the brain about what our eyes perceive, i.e., the brain applies its usual assumptions learned from experience about the world, and in some cases, it may lead to us making errors in how we perceive something visually. An object can appear bigger, smaller, longer, shorter, darker, or lighter than it is due to misperception by our brains.

For example, consider the famous Müller-Lyer illusion of two horizontal lines shown side by side – one with inward-pointing arrows, and one with outward arrows. 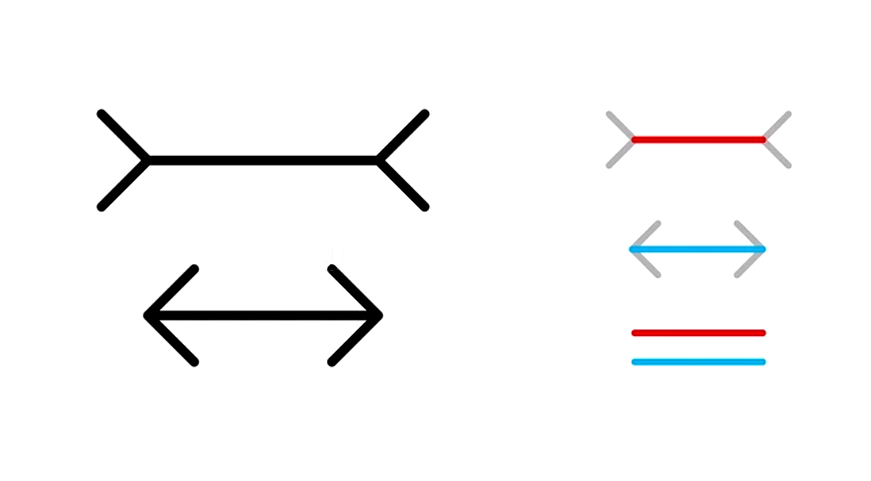 Ponzo illusion and the Kanizsa triangle

Although both lines are of the same length, we perceive the lines to be unequal in length. There are several well-studied geometric illusions, such as the Ponzo illusion and the Kanizsa triangle, each of which deal with a different kind of error being made by the brain.

Similar to the Müller-Lyer illusion, the Ponzo illusion causes an error in the perception of the length of lines. Kanizsa triangle is an example of illusion caused by “filling in” by the brain, where the brain fills in non-existent information. A triangle that does not exist in the image is perceived in the background! 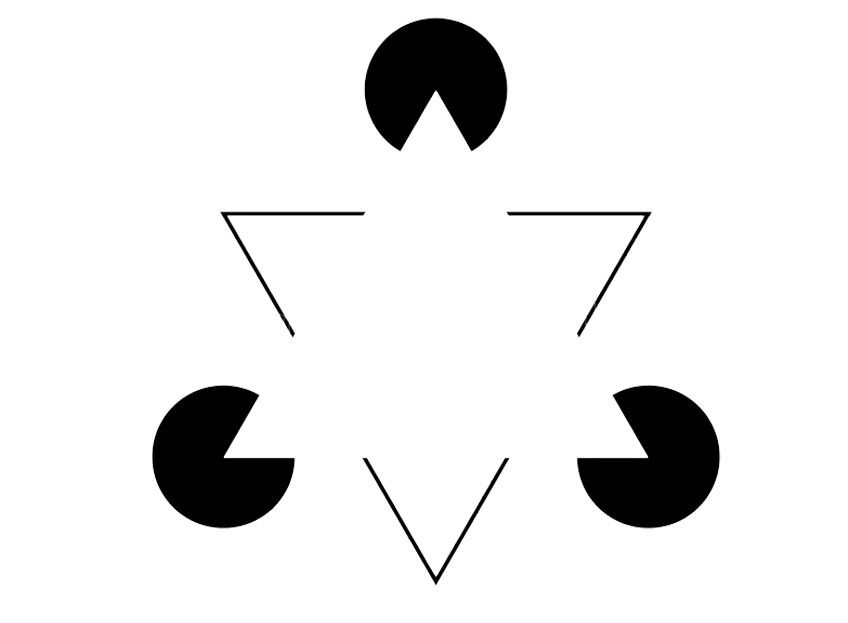 Kanizsa triangle illusion causes us to see a triangle which does not exist in the drawing (Photo Credit : Yuriy Vlasenko/Shutterstock)

Optical illusions occur because the brain uses context to understand visual information coming from the eyes, but the contextual cues can sometimes be misleading. Interestingly, studies have proven that knowing the reality of an optical illusion will not stop you from seeing it, telling us that these brain mechanisms are automatic and cannot be regulated by conscious awareness.

A natural question that would arise in anyone’s mind is whether such errors are unique to human brains or do all organisms make similar errors in judgment of objects they see?

Perceptions of illusions in animals 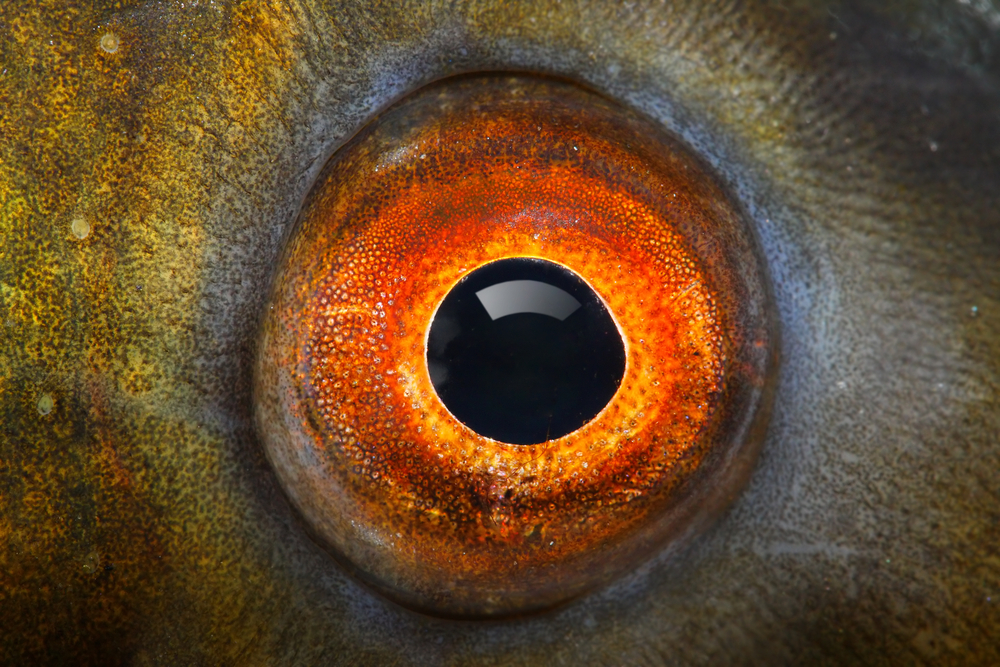 In these studies, they train animals on well-known optical illusions, such as the Müller-Lyer illusion. The animals were trained to respond if the lines are of the same or different lengths or classify lines as long or short by different actions in distinct studies.

In short, most geometric illusions seem to be universal in their effect across different types of birds, fish, dolphins, and macaques. This suggests that most animals and humans process visual information similarly using their brains.

Optical illusions reveal how an organism uses its brain to interpret visual information using contextual cues. Humans and most animals have been shown to perceive several optical illusions in a similar fashion. However, some exceptions have also been observed. The exceptions show that evolution may have required some animals to develop their visual system differently.

For example, terrestrial animals develop visual systems differently from birds, as the latter view the world from an aerial perspective. However, these are just theories used to explain the observed exceptions, and not enough evidence is available to explain why some animals don’t see certain illusions.

These findings of optical illusions in animals prove that these mechanisms are probably far more innate and based on evolutionary roles played by our environment.

The beauty of our brain’s visual processing system lies in how the same contextual cues that help you read difficult letters and numbers in “cache” on websites is also responsible for you making errors and perceiving illusions, making us distinctly “human” and so very unlike a computer or machine!