Today’s computers have become the true testament of what a multipurpose machine can be. However, even though we’ve come quite far in the computing world, one of the milestones that Computer Science and Artificial Intelligence researchers would still like to achieve is a machine that can reach human-level intelligence. Although this is far easier said than done, there was a test developed back in the 1950s to determine this exact qualification. It was a test to design machine intelligence. The Turing Test, to this day, stands as the gold standard for scientists to test their machines and they keep the Turing Test rules as the paradigm from which they judge. Now, before we get into the what the Turing Test is, let’s first take a look at the history of this legendary test. The question of whether it was possible to make a thinking machine first developed on a philosophical forefront, rather than a scientific one. Rene Descartes is the first person who took up this question in a less scientifically rigorous way. He delved into the possibility of automata that could respond to the interactions of humans. Here, the term automata can be understood as a self-operating machine. Descartes goes on to also claim that such machines will never be able to communicate back with any significant amount of intelligence. Yet this is where the Descartes failed to foresee, unlike Turing, that future machines would be able to overcome such an inefficiency. The term ‘machine intelligence’ was loosely being thrown around ten years before the inception of the field of Artificial Intelligence. It was a common topic among the members of the Ratio Club. The Ratio Club consisted of members and researchers in the field of cybernetics and electronics of the time. Alan Turing, who was part of this group, came up with this test and in his honor, the test was named after him. Alan Turing had been tackling the notion of machine intelligence as early as 1941. He coined the term “computer intelligence” in the year 1947. It was in one of his most historic reports that Turing brought about the question of whether or not it was possible for machinery to show intelligent behavior. There are several forms of the Turing Test that are employed to check the intelligence of a machine.

Concerning the Turing Test, it is widely accepted that there are three standards to it. The first two are in accordance with the standard of “Computing Machinery and Intelligence”, which Alan Turing himself set up. The third one, which is a relatively hot button topic and widely debated, is known as “Standard Interpretation.” There are some qualms regarding the Standard Interpretation as a legitimate variation of the test, or whether it is nothing more than a misreading of his paper. Each of these variations has its own strengths and weakness. 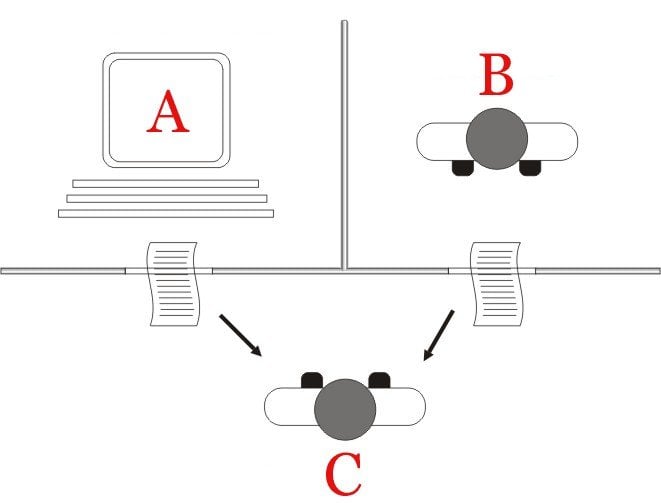 Also Read: Bot Or Not: How To Tell A Bot From A Human

The original publication that Turing wrote, which laid the framework for the Turing Test, was a simple party game involving three players. Let’s name these players A, B, and C. In this game, let’s assume that player A is male, player B is female and player C, who plays the role of the interrogator, can be either of the two sexes. Now, let’s place both the players behind a screen, compartmentalized and anonymously. By asking questions to player A and player B, player C tries to gauge who is the male and who is the female. By asking a series of questions, player C tries to evaluate which one is male and female. In this, player A’s role is to trick the interrogator (player C), while player B must make an effort to assist the interrogator in making the right decision. Turing then goes on to ask, what would happen when a machine takes the place of player A in this game. Will the machine be able to fool the interrogator? Will the machine be able to think on its own? A second version appeared by Turing in a 1950 paper.  However, in this imitation game, the role of player A is performed by the computer, and the role of player B is played by either a man or woman.

Now, the point of the Turing Test must be clearly understood. It’s not to fool the interrogator, but to act as a measure of how closely a computer can behave like a human. In the standard interpretation, player A is a computer and player B is a person of either sex. The role of the interrogator is not to determine which is male and which is female, but rather which is a computer and which is a human. The fundamental issue with the standard interpretation is that the interrogator cannot differentiate which responder is human and which is the machine. There are issues about duration, but the standard interpretation generally considers this limitation as something that should be reasonable. In conclusion, we can state that even though the Turing Test does have its fallacies, it remains one of the most prominent tests we can use to test the intelligence of computers!