Rifling refers to the spiral (helical) grooves that are cut or swagged on the internal surface (bore) of a gun barrel, which helps impart the spinning motion to a bullet when it’s fired. A spinning bullet is found to be more stable in its trajectory, and is therefore more accurate than a bullet that doesn’t spin.

Back when firearms were first introduced in the theater of warfare, combatants were content with the fact that they had a weapon in their hands that discharged small objects that could hurt – or at least maim or severely injure – their opponents from a few dozen yards. For instance, take the military guns from the Victorian era. They had exceptionally long barrels, their reloading procedure took a long time, and they jammed more frequently than they should have. 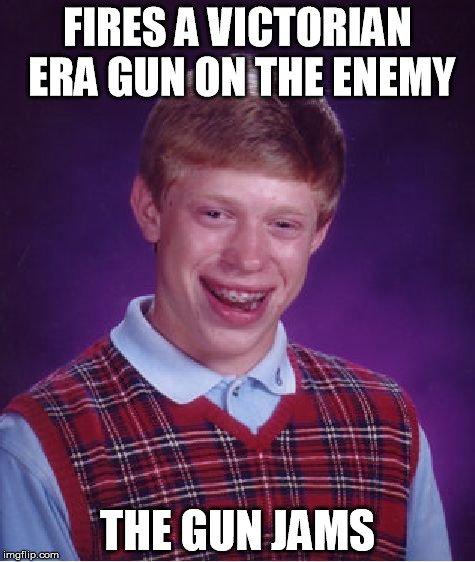 However, the most vexing aspect of those guns was their range. Combatants had to stand quite close to the enemy to be able to take an “effective” shot, which, as you can imagine, was not ideal in the midst of a battle. In order to fix that, two changes were made: one in the design of the bullet and the other in the barrel of the smoothbore guns.

A bullet has an inherently aerodynamic design; it’s basically a cylinder with a somewhat pointy top. Such a design makes a bullet’s trajectory smoother and more stable as it sails through the air. 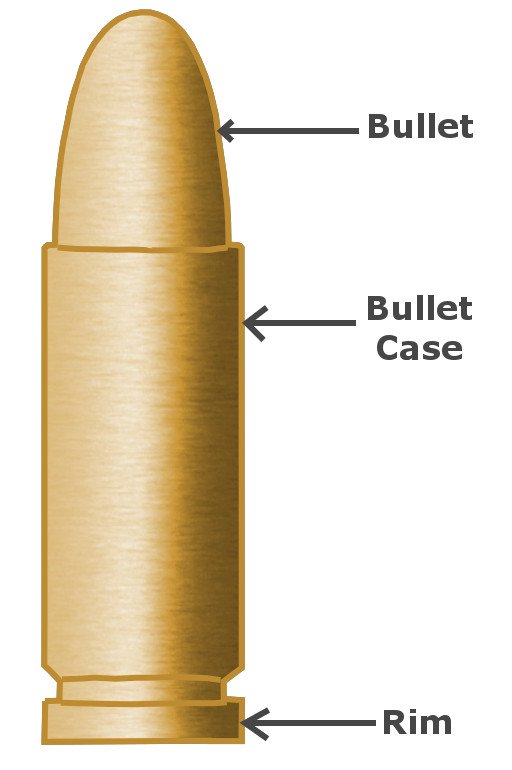 Notice the aerodynamic design of a bullet.

However, for longer range and accuracy, a better design won’t help much, unless it’s supplemented by some physical force, such as angular momentum, which is imparted to the bullet by rifling.

Firearms (e.g., pistols, rifles, tank guns etc.) consist of a number of helical grooves on the internal surface of their barrel (bore). This is referred to as rifling. If you look down the barrel of a gun and observe closely, you will see a pattern like this engraved on the bore of the gun. This is not only present in regular guns; even tank guns have rifling in their barrels. 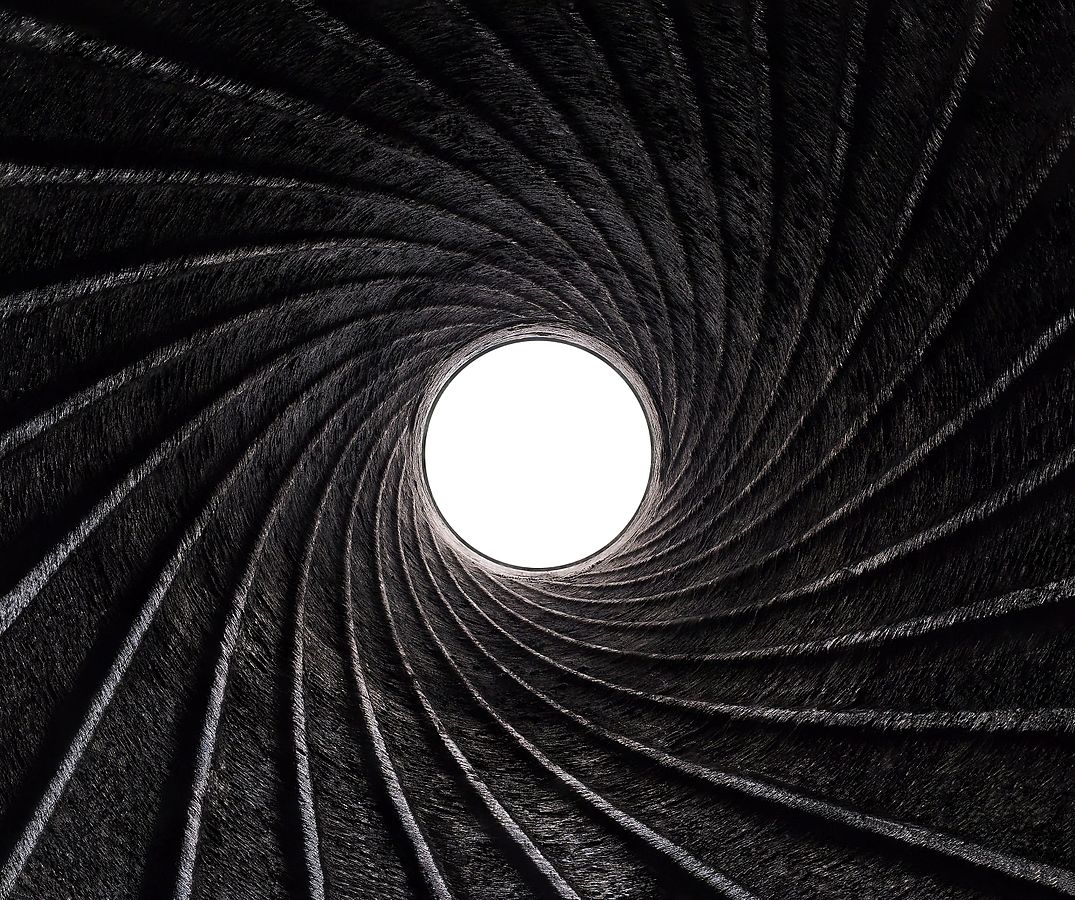 What Is The Purpose Of Rifling In A Gun?

Rifling imparts spin to the bullet along the latter’s lengthwise axis. This helps the bullet maintain a stable trajectory when it leaves the gun and enhances both the range and target accuracy of the gun. That’s the short answer.

Also Read: Can You Really Bend A Bullet Like They Do In The Film ‘Wanted’?

But how does spinning the bullet help improve its stability during flight?

Angular momentum, in essence, is the ‘quantity’ of rotation in a body. Just as a body moving linearly (i.e., along a straight line) has linear momentum, a rotating body has angular momentum.

The best example of angular momentum in action is a spinning top. 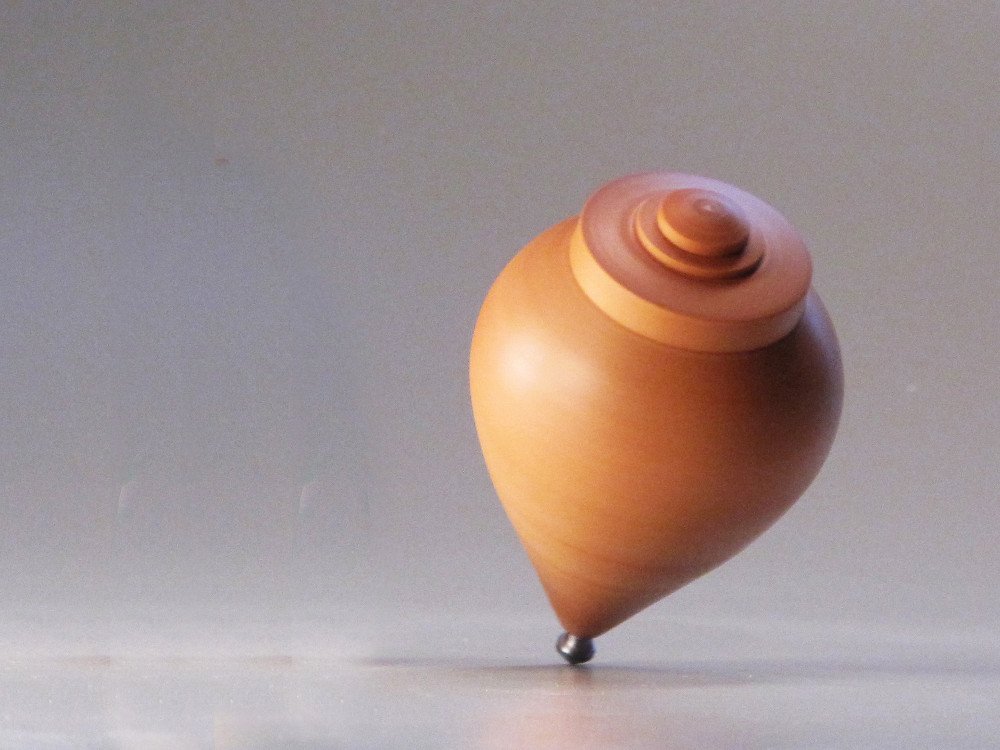 You have likely noticed that a spinning top, especially a fast-moving one, doesn’t fall over easily, even when you give it a little nudge. The only change that you may notice after nudging a spinning top is that it starts describing a little circle with its tip. This is called precessing.

Precession helps a fired bullet continue straight in the direction in which it was shot, rather than cartwheeling end over end. Moreover, the spin imparted to it with the help of the rifling keeps it going along its original course with nothing more than a little wobble. Had there been no rifling in the gun (as was the case in primitive smooth bore rifles), then the fired bullet would not spin and would consequently “tumble out” of its course pretty soon after emerging from the muzzle.

Bullets are made of a material (generally lead) that is softer than the bore’s material (typically steel). When the bullet is fired, a huge amount of pressure (more than 35,000 psi) builds up on the neck of the round. Since the bullet is usually the same diameter as the bore, it plugs the bore completely, pressing tightly against the internal surface of the barrel. As the bullet moves inside the barrel, it follows the helical grooves on the bore’s surface, and consequently, spins rapidly as it travels down the barrel.

Also Read: Can A Dropped Gun Go Off?

In this way, a small structural change in the design of the barrel of guns made a massive impact on their range and performance that we still see to this day!

How much do you know about rifling?