Generally speaking, if your gun is kept in good condition, was made in the past decade of so, and isn’t used frequently enough for wear and tear to compromise the safety mechanisms in place, there is almost no chance of the gun going off if you drop it.

Guns are one of the inventions of mankind that has changed the face of this planet – and our society – forever. From their early colonial and militaristic uses to their present-dar proliferation in certain war-torn countries (and some Western superpowers), guns have become a deeply entrenched part of our human experience.

Gun safety is also incredibly important, as guns are heavy, they make people nervous, and are also quite bulky and awkward to carry. This all adds up to a high number of guns being dropped each year. That brings us to the question of the day – can a dropped gun go off?

Physics of Firing a Gun 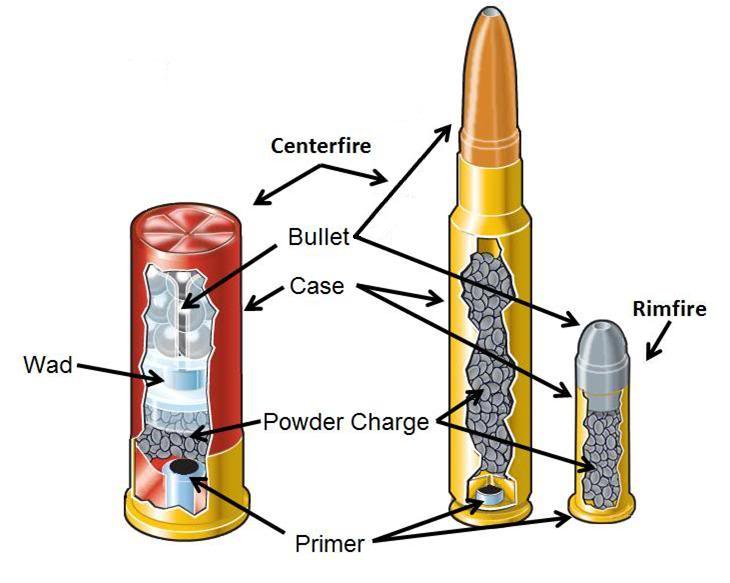 However, in order for a gun to go off, that first step must occur (the primer being ignited), which is where the metal firing pin comes in. A spring-loaded hammer pushes the firing pin into the back of the bullet when you pull the trigger, thus igniting the primer and firing the gun. When you ready the hammer on a gun, poised over a chamber containing a live bullet, you are one finger twitch away from discharging your weapon. So, if you never put your finger on the trigger, your gun is safe, right? Even if you drop it?

The Danger of Accidental Discharges

When a gun is fired unintentionally, it is classified as an accidental discharge. This can happen in many situations, such as mishandling of a gun, improper storage or holstering, poorly constructed or damaged firearms, overheating, and even dropping!

Hollywood has done an excellent job putting that idea into our minds, with countless comedic and tragic scenes involving dropped firearms and unfortunate trajectories. This has given rise to the idea that a dropped gun can go off, but in truth, there is quite a bit more to the story.

Significance of the firing pin block

Firearm design, as in every other long-term industry, has evolved and improved over time, and when it comes to guns, a lot of that innovation has been focused on additional gun safety.

Back in the Wild West, it wasn’t uncommon for a cowboy to shoot himself through the holster, or drop his gun off the back of his horse and have it fire when it hit the ground. This is because the shoot-’em-up westerns of the past occurred before the advent of the drop-safety, or firing pin block. 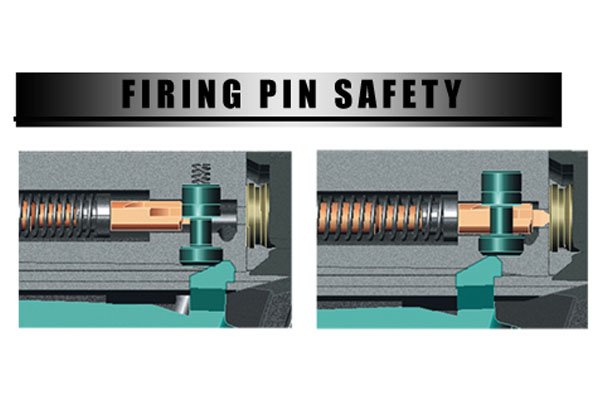 The vast majority of modern handguns come with this “safety”, which isolates the firing pin, not allowing it to slam into the primer, and thus preventing accidental discharges, even if the gun is dropped. In fact, to ensure that guns weren’t being made with this inherent risk, the Gun Control Act of 1968 made drop-safety tests mandatory for gun manufacturers.

That being said, this isn’t true for all guns, particularly “long” guns, like rifles and others used for hunting or precision shooting. These long guns typically don’t have a safety, as their internal mechanism and design is slightly different. These guns do pose a risk of firing when dropped, particularly on the butt of the gun, as that impact can cause the firing pin’s inertia to move it forward, even if the hammer isn’t ready.

Even up to the middle of WWII, the understanding of drop-safeties and proper gun safety was largely lacking, and to this day, there are still some issues, such as the sear on a pistol wearing out over time, which is what holds back the hammer. Modern revolvers tend to be the “safest” gun in terms of dropping accidents, as there is a slide bar between the hammer and firing pin.

Generally speaking, if your gun is kept in good condition, was made in the past 10-20 years, and isn’t used frequently enough for wear and tear to compromise the safety mechanisms in place, there is almost no chance of the gun going off if you drop it. However, if you’re a Civil War re-enactor messing around with authentic weapons, worn-down hammers, and a known level of clumsiness, be extra careful!

How much do you know about accidental discharges?